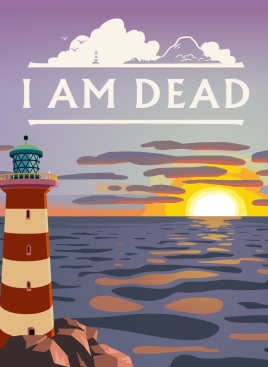 It’s a bit odd that three games dealing with death and the afterlife popped up in such a short amount of time. And despite any such similarities, they’re all on different parts of the spectrum when it comes to gameplay as well. Necrobarista was more of a linear visual novel, whereas Spiritfarer was an open-ended journey with platforming and management elements. And now we have I Am Dead, from developers Hollow Ponds and Richard Hogg and published by Annapurna Interactive, that goes for a more puzzle-based approach with touches of point-and-click adventures. Both Necrobarista and Spiritfarer won me over but can I Am Dead make for a hat trick from the other side?

Set on a British Island known as Shelmerston, I Am Dead has you playing as Morris Lupton, the museum’s curator. He’s dead (so the title checks out), but his recently-deceased ghost finds a bit of joy in the afterlife when he comes across his old dog Sparky, who can talk now and sees a bit of joy disappear when Sparky tells him that Shelmerston’s long-dormant volcano is about to blow. It would appear that the current Custodian that takes care of the island in the afterlife is finished with their job, and so it’s up to Morris and Sparky to try and find a replacement by summoning five ghosts and seeing if any of them will take the job (and in case you’re wondering, there’s a rule that says the Custodian needs to have been a ghost for a minimum amount of time, hence why Morris can’t just become the Custodian).

To channel the ghosts, Morris has to visit various locations and search for people with memories of the deceased, then dive into those memories with his new ghost powers and look for a memento. After that, it’s time to hunt down the memento back in real life. Once enough mementos are found, Sparky can round up the fragments of the ghost and finally summon them. It sounds simple and in terms of basic gameplay, it sort of is. Moving around each location simply has you moving left or right, and selecting an area or object within it allows you to easily rotate around it, and more importantly, slice through it, all which are easy to get used to. 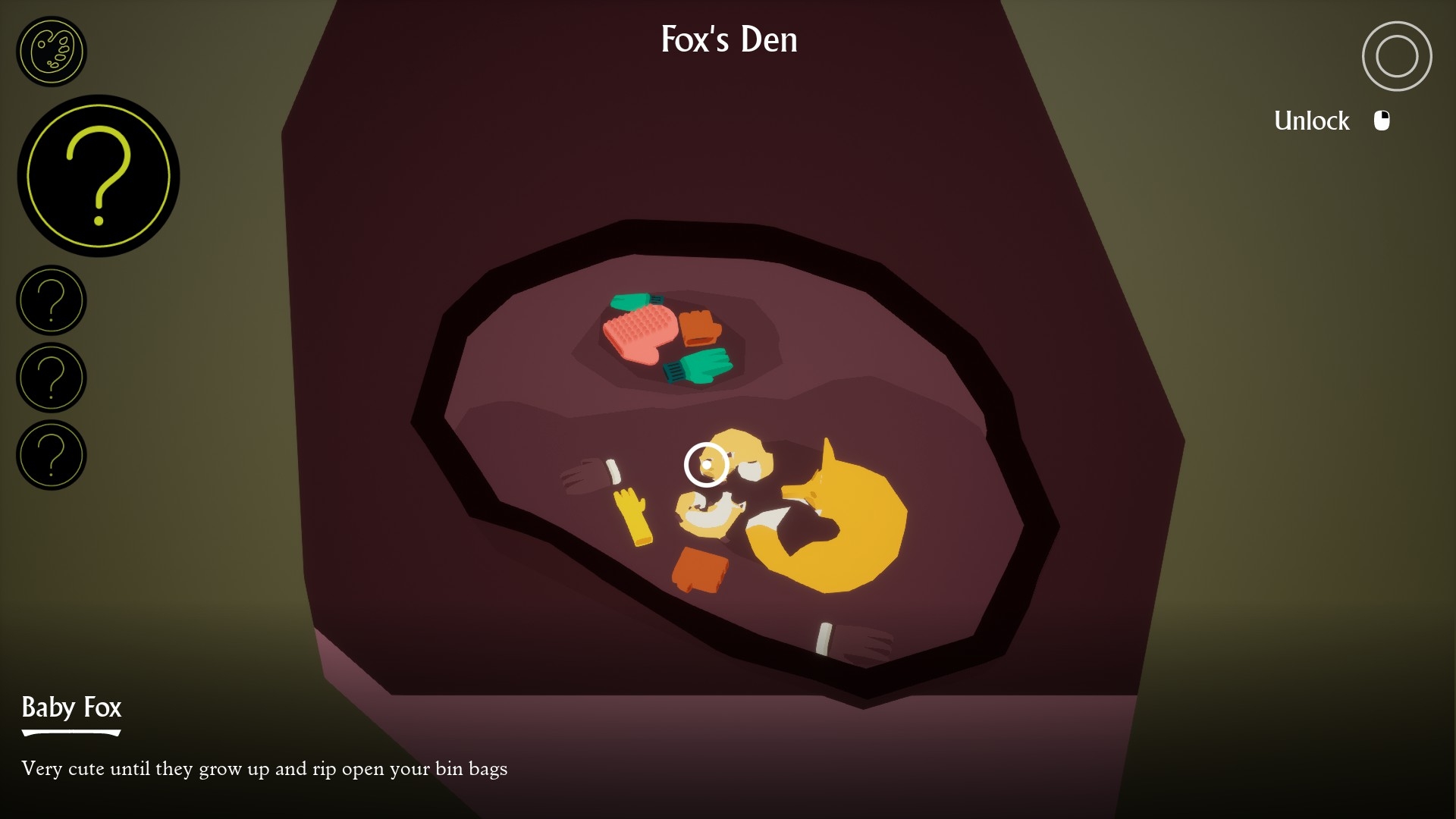 Slicing through objects and dwellings is a the central mechanic in I Am Dead and it works well. To try and explain how it works, basically imagine a version of that video of tropical fruit being sliced in top-motion, except now you can shift what angle you slice from, and can move back and forth. And much like that video, seeing things smoothly dissolve feels oddly satisfying and enjoyable. It helps that despite what the simplistic yet colorful art style may suggest, there’s clearly a lot of detail put into the exteriors and interiors of everything, with everything from geodes to candy bars providing effective visuals.

Of course, the main use of slicing is to find all of the various hidden objects throughout Shelmerston, be they mementos or otherwise. Going through the shifting images in all of the memories you enter (via people with visible thought bubbles) shows you what the memento is and hints at where it might exactly be. Sometimes it’s a piece of statue tucked away in several bushes, sometimes it’s a lost buddha that somehow got sucked up by a vacuum cleaner that hasn’t been cleaned out. It’s a twist on the classic “hidden object” setup and it makes for the type of beautiful simplicity that allows for several fun puzzles to solve.

While I Am Dead features some breezy and fun gameplay, however, it’s Shelmerston itself that serves as the real star of the game. The island has its own unique history that you uncover over the course of the game, with little bits of an alternate fantasy world such as a race of fish people that assisted the earliest residents and have a craving for toast or bird people that migrate from India and seem to make up a huge chunk of tourism. And speaking as someone who lives in a seaside tourist town, the developers nailed the feeling of one correctly, with all sorts of attractions like ferries, quaint little candy shops, sculpture gardens or even yoga retreats. You can easily see why people would want to visit a place such as this, especially with such gorgeous scenery. 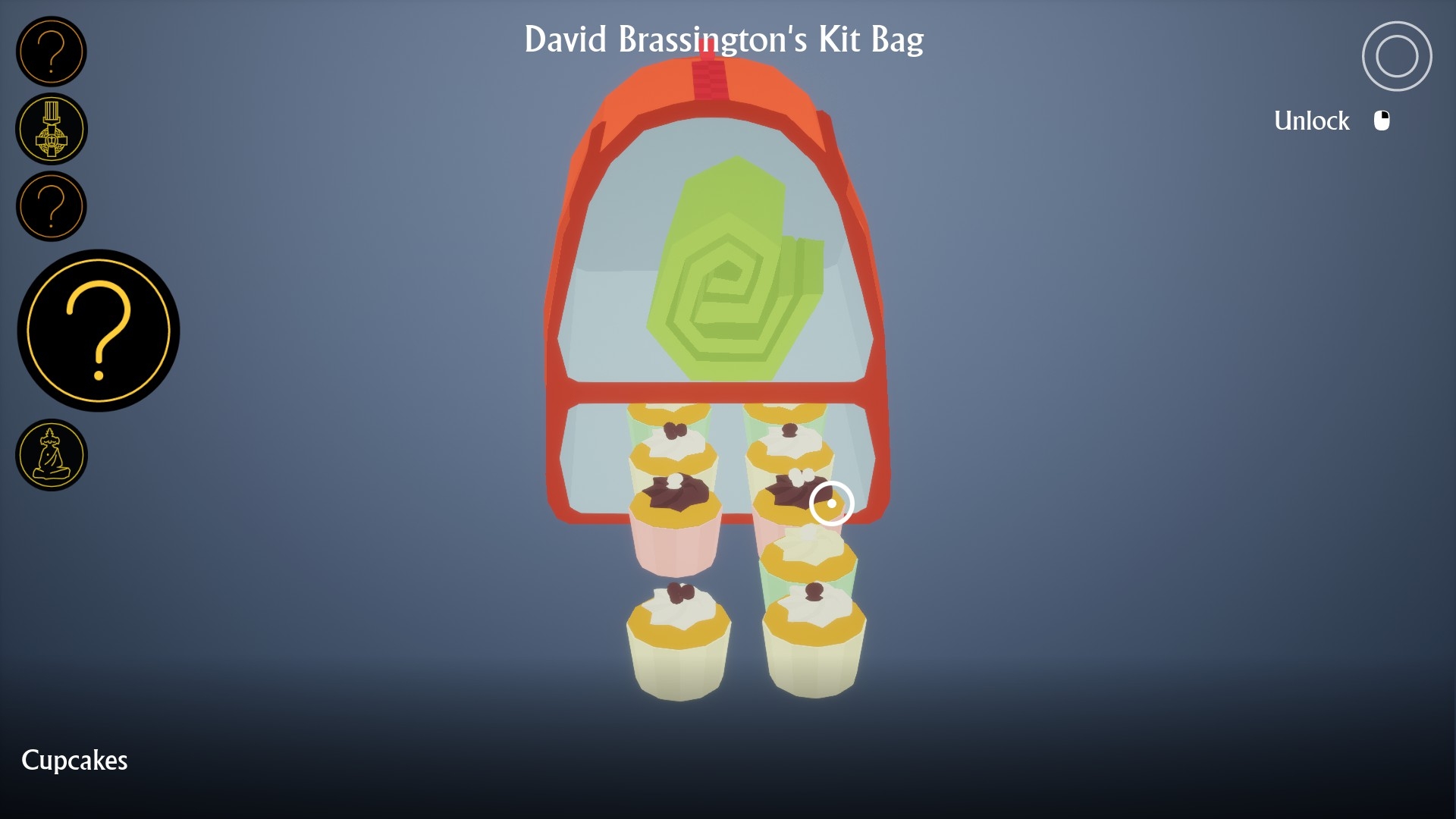 It’s the method in which you uncover all of these details about Shelmerston that sells it, though. I Am Dead perfectly blends together Morris’ own personal memories of the island with his life as a curator, so it feels like you’re uncovering artifacts and piecing together the history behind them all, even if that history is only a few decades old. It just feels so rewarding, and on top of that, the game even throws in a few extra incentives to explore via luck spirits known as Grenkins to find by slicing objects in the right way to form certain patterns or riddles inspired by British crossword clues to solve provided by an odd creature called Mr. Whitsable, all about finding certain objects that are hidden even further. They provide a little extra to do in the game…for better and for worse.

While hunting Grenkins and solving riddles make for fun activities that could easily be games on their own, they also don’t contribute to the narrative in any way, so it feels like they come off as padding. But furthermore, it caused me to realize that I Am Dead seems to be confused over what level of difficulty it wants to have. Sure, challenge isn’t necessarily that important, as the focus is on the narrative (which does indeed have wondrous and inspired stories about each of the ghosts you encounter, as well as Morris’ own history), but the puzzles seem to have uneven difficulties.

The game is generous when it comes to locking onto the patterns for the Grenkins and provides hints to their locations, but in contrast, Whitsable’s riddles have no hints at all. And even the regular puzzles feature too many hints at times via highlights in your HUD, and it doesn’t help that later levels can get too easy, with a lot of items you need being in the same areas as the memories you just went through. It almost feels like the game can’t decide if it wants to be more linear or have a greater focus on exploration or how long it wants to be. 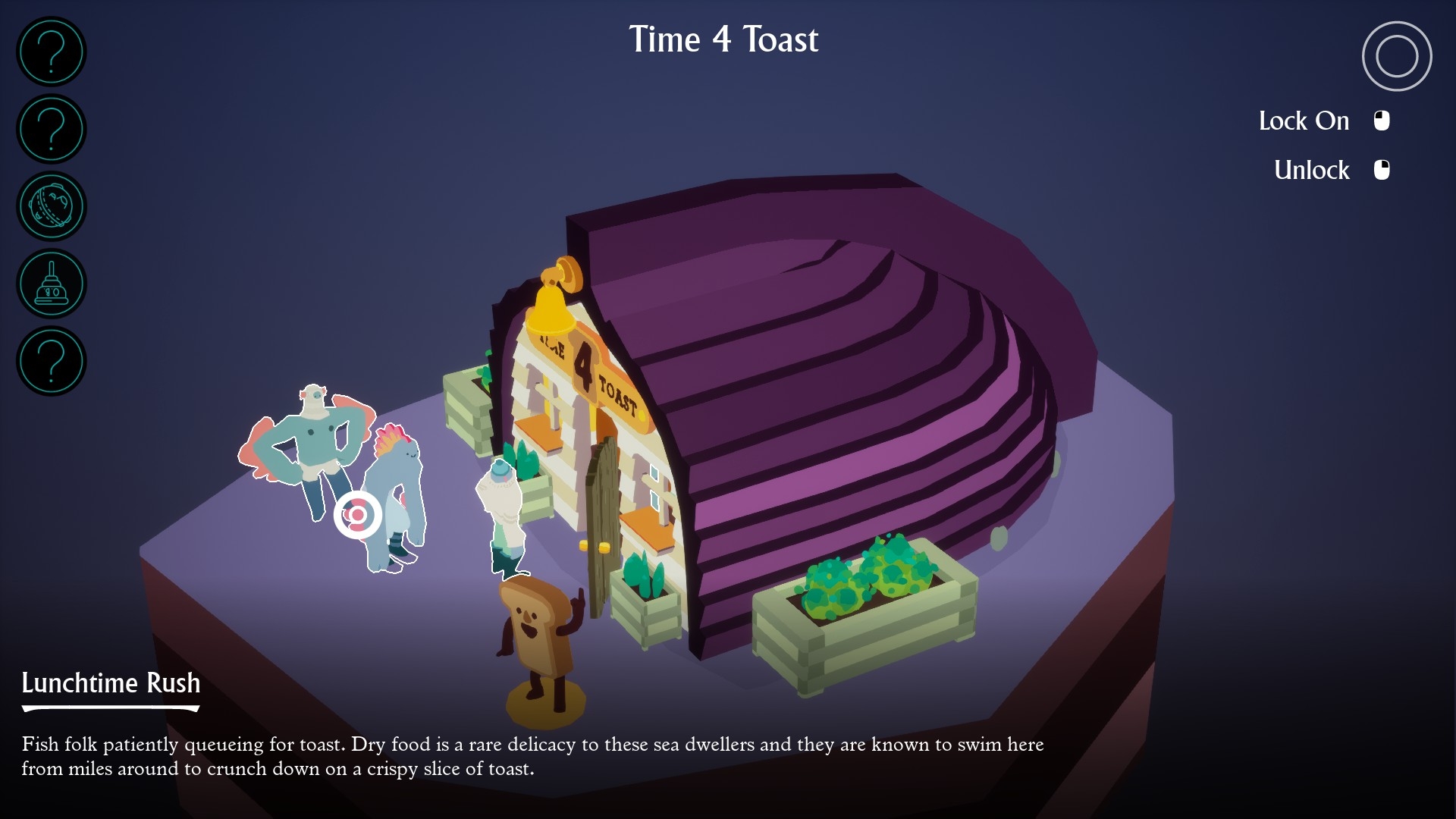 I Am Dead is a delightfully quirky game about the afterlife, presenting a unique world with a rich history inside of it, all with a tone that’s a perfect level of light-hearted. While you may be able to breeze through certain parts of it, the whole game makes for a memorable experience, filled with enjoyable puzzles to solve, colorful tidbits to uncover and interesting characters to learn about. Certain parts of the story have Morris worried if he’ll actually be remembered now that he’s gone, and ironically, his story taking place from his death onward makes for a tale you likely won’t forget.