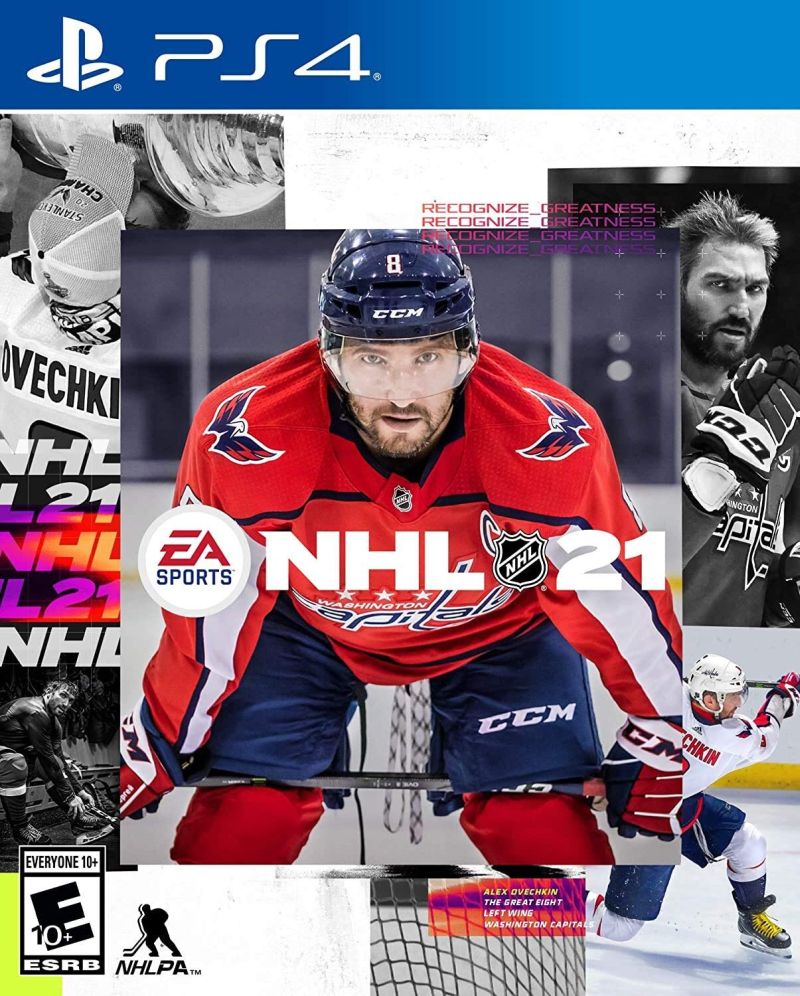 Even though the Tampa Bay Lighting were just crowned Stanley Cup Champions, time carries on with the normal release of an EA Sports NHL title. NHL 21 was pushed back to October this year and is not going the route of offering a next-generation title until 2021. This allowed the team at EA Vancouver to focus solely on one version of the title and there are some substantial updates. This is another year on the RPM Engine, for better or worse. While some of the legacy issues still exist, they not only seem to be nerfed, but the overall gameplay experience feels more complete this year. This is coupled with some key additions in various game modes that points to NHL 21 being the most complete game of the series on the current generation of consoles.

There has been a tale of two different types of sports games this generation. The first tale revolves around a minimalist experience that doesn’t offer a ton of options to play the game. The later tale revolves around a game that has an abundance of modes but nothing really changes from year to year. NHL 21 is bridging those gaps with its offline experience. Be A Pro is the career-focused mode that hasn’t seen a touch up in years. EA Vancouver went all out this year to provide an innovative and immersive experience with Be A Pro, and boy did it deliver.

Players will create their NHL Superstar with decent depth in terms of customization. The downside to the creation suite is that’s the same general create-a-player we have seen for a few years. You can pick your equipment and how you look with pre-rendered faces, but there isn’t an update to the process. Players have three choices to start out in and choose their journey. I chose to jump directly to the NHL as the focus is to make the team and then grow your status on the team by starting on higher lines, powerplays, penalty kills and being selected to participate in the team’s shootouts. There’s no draft process for choosing the NHL as the player will just choose the team they want to play for. 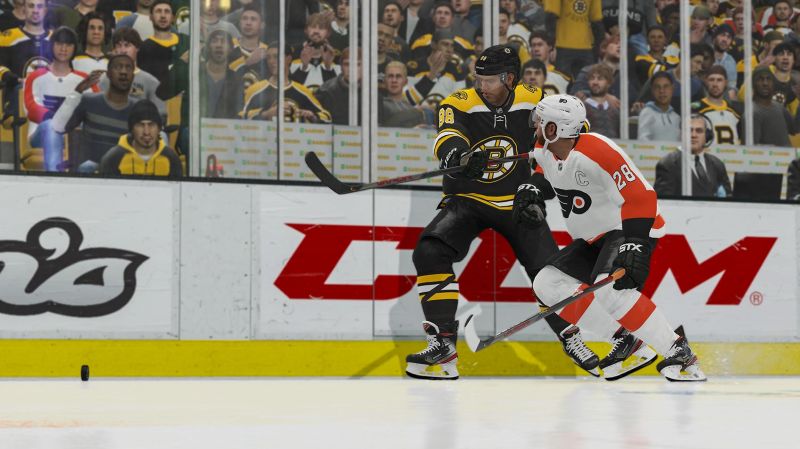 Players will participate through the preseason as they earn their keep. Completing goals and focusing on offensive, defense and being a useful teammate will allow the player to continue to grow. Once making the team and the regular season starts, players will take part in media interviews and meetings with the coach. You will be presented with only a select few answers that are either used to build your team reputation or your brand. Basically, if you select the egotistical answer, your team won’t like you and those results can be seen on the ice. Players also have a skill tree to build upon the archetype that’s chosen during the creation process.

During gameplay, you will play only the shifts that you are on the ice and will also need to manage your ice time. The goal is to create a milestone career and if you start out in the lower leagues, Be A Pro can create a ton of play time. There’s also a radio show that gives short updates about what’s going on with your player and what else is going on around the league. This is something that’s needed in Franchise Mode. This doesn’t offer this extreme movie narrative experience that NBA and Madden offer and this is a huge plus. There’s just enough here to keep you occupied while not getting stale and also not creating something that’s overwhelming that takes away from playing the games. It’s a much-needed and enjoyable change to Be A Pro. The biggest issue is you will level up individual traits, or lose XP on traits if not playing well in that department, but your overall is lower than all the stat ratings. That doesn’t make sense as your player performs better than an upper 60 rated overall player.

Franchise Mode took the biggest stride of any Franchise Mode in sports games a few years ago. The proper way to do a true Franchise Mode is building a new team from the ground up and the NHL series implemented this when the Vegas Golden Knights became a team. This has been a part of the mode ever since, but nothing else has changed with the mode. This is mostly true on the surface for NHL 21. Coaching plays a pivotal part in Franchise Mode this year. You have the ability to hire and fire your coaches on top of leveling them up for them to get better. The same goes for scouts and scouting is still a pivotal part of the mode. You can realign divisions and do a lot of things that other sports games need to implement. The addition of the coaching options is a nice touch, but you still feel disconnected from the rest of the league. That’s why the radio updates you see in Be A Pro would be pivotal here and could go deeper. Strangely, with the addition to do this with coaches, the game still lacks real ones. I’m not sure how the licensing plays in with NHL coaches, but real coaches are needed if going this route. 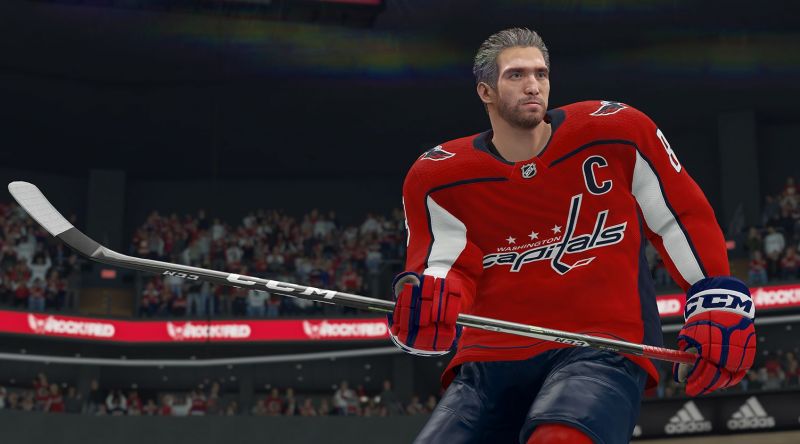 Players can still participate in the plethora of modes that are spread across the game. A traditional season and tournaments are still here, and so is CHEL and HUT. Nothing major changes with CHEL outside of Seasons to keep players engaged in the mode to dangle rewards in front of them and CHEL can be played with NHL players. HUT doubles down on this with introducing HUT Challenges that will have you playing increasingly difficult opponents in hopes of spending more money on cards. I spent a fair amount of time in HUT and a majority of the best cards out there only sit at the lower-to-mid 80 ratings. You can complete sets to unlock cards that most of the time won’t be better than what you already have. It’s an endless grind. HUT RUSH is a new way to play that will have you playing various modes with cards you draft and hopefully will purchase. It’s a nice change of pace, but if you’re sucked in, you will realize that you are capped until new cards are released no matter what you received in your pre-order.

The gameplay refinements were possibly the biggest additions to the game. A lot of options were implemented to closer resemble what’s seen on television. What’s great is while some of the legacy issue exist because of the engine, a lot of this has been nerfed. There are still times that you can tell that the AI is going to score no matter what, but it isn’t as blatant. The AI is the shining point, at least on offense. The AI will now smartly get into position and this is the biggest change the series has seen. Being able to get a one timer without a random hiccup is nice. EA did tout they added more desperation saves for the goalies to counteract this, but I haven’t seen it in action. What I have noticed is the lack of lame or lazy goals given up by goaltenders. 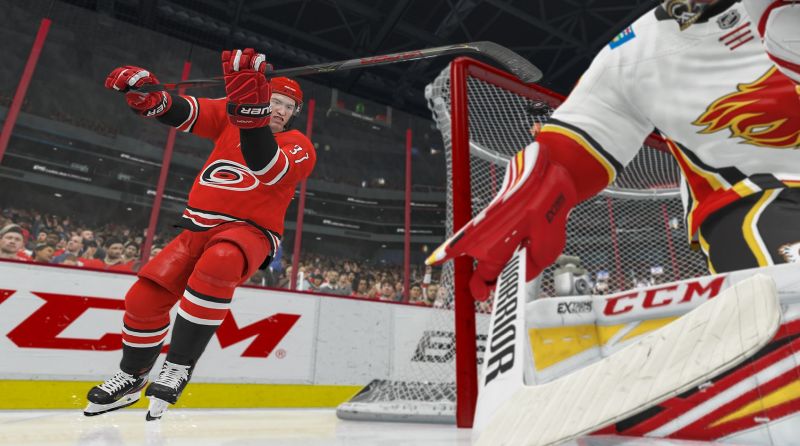 Passing logic is still inconsistent, but you can bank the puck off the boards for better passes. I love being able to push the puck up the ice and dump it in with ease. I feel like I have much more control over the offense. The only real issue is when coming close to a defender, they basically poke the puck away every time. Speaking of poking, tripping calls are still the number one villain when it comes to penalties. Checking is also inconsistent and even landing a clean hit doesn’t feel as satisfying as it used to. Let’s all hope what the team is doing for next gen will open things up. Overall, the gameplay does feel improved and not held back by nonsense. Hopefully, the team won’t continue to release tuner updates that just make the game feel like year’s past to appease the hardcore players.

Player models are no doubt dated in the NHL series. Player faces are recognizable and are sufficient, but when you see the detail in player faces on other sports games, it sits last. It doesn’t look bad by any means as the game runs extremely fast and smooth, but it does look past its prime. The presentation change that was implemented last year carries over to this year and hasn’t changed. The bottom will show occasional stats, but it’s hard to notice that. There’s not enough that takes place during puck stoppage or make it clear what the story is in the current game.

The same announcers return and they can be good and bad. They’re good at generating excitement and energy in the heat of the moment, but can also be repetitive. The arcade announcer, along with the 3-on-3 modes also return, and he remains as cringy as ever. The sounds on the ice are solid, but collisions and checks don’t sound satisfying. The crowd still helps in bringing the game to life and has brief moments of excellence because of this and the main announcer. 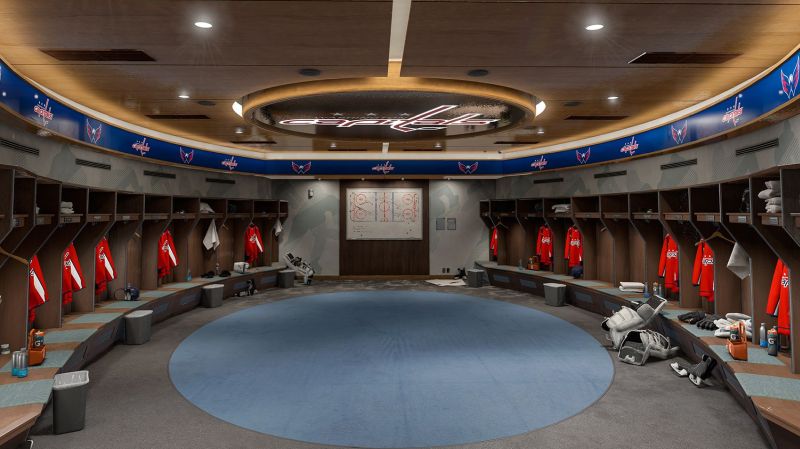 NHL 21 has taken the best of what has been offered this generation in the series and sprinkled goodness on top. Be A Pro is a much-needed change and is the first innovative offline mode since implementing the expansion draft. It’s deep enough and feels fresh and could rejuvenate buzz into the series. HUT remains HUT with just more ways to grind for cards. Franchise Mode’s new coaching options are a good update for the league, but it’s only a surface change. The NHL series can no doubt benefit the most from a next-gen overhaul, but there’s enough here for yearly NHL players or those that have skipped a few years. Also, it’s worth mentioning EA is adding NHL 94 for those that pre-ordered later this month.