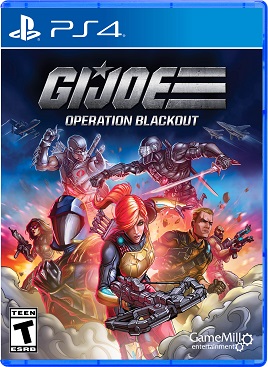 With the powerhouse triad of My Little Pony, Transformers and G.I. Joe, Hasbro ruled the childhoods of most of ’80s kids. Utilizing differing price points to satisfy either a quick impulse purchase to distract little Johnny during a doctor’s appointment, or large holiday or birthday level events, there was always a suitable gift to keep the little ones entertained. While Transformers centered around talking alien robots, and MLP told of the adventures of sentient peace-loving equines, G.I. Joe was actually the most crazy. The idea of throwing someone in a driveable vertical buzzsaw with no view ports was rad, and sitting an unprotected dude immediately next to the backblast of an intercontinental missile made perfect sense. For those of us growing up around this time, our gift wishlists were how we accidentally informed our parents that we weren’t paying attention during science in school. Even the cartoons were insane. No one ever got shot; it was a kid’s show. People died, though. That Cobra trooper that was hugging a tank mid-detonation? He didn’t make it. Crashing a speeding snowmobile into a tree doesn’t have the survivability quotient that the writers wanted us to believe it had, either. It was stupidly awesome, made even more so by the irony of the safety-focused public service announcements that ran towards the end of each episode.  GameMill Entertainment knows this and tried hard to capture the maniacal charm of the original series while trying to also entertain fans that came along through subsequent reboots with their game G.I. Joe: Operation Blackout. While the game isn’t an instant classic, it is better than one could reasonably expect.

Taking cues from the old shows, Operation Blackout tells a story that would have fit in fine with the first few “mini-series” style shows that kicked off the cartoon. After waiting around for the perfect moment, Cobra finally manages to take over the world. Using hacked technology aboard the USS Flagg, Cobra has shutdown all military vehicles except their own, leaving global defenses helpless. This move was timed to coincide with the emergence of a specialized material that, when used to build an ancient Japanese-designed bell, can control the free will of all mankind. And that’s an example of good planning. Not only is taking power important. Keeping power with a well thought-out plan that takes into account the will of the majority people is actually necessary for this type of thing to work out. As such, it’s already a better idea than most of Cobra’s doings.

The tale itself is told using some decently-animated motion comics. Making for a nice half step between fully animated, and endless talking head segments that other licensed games try to utilize, it conveys the nostalgia of the old Marvel comics with a style that wouldn’t be out of place in one of the more modern adaptations found in the likes of IDW’s offerings. It’s cheesy, with a certain type of poe-faced earnestness that captures the feel of the old series while letting the player know that the writers are in on the joke. They understand what makes this tick. This is why all enemies that can be “killed” are robots, with variations of Cobra’s B.A.T.s filling out the villain’s ranks, and autonomous bots play the part for the Joes. When boss fights come along, defeating a named character only means that they take a knee and escape, despite the amount of grenades directly eaten. 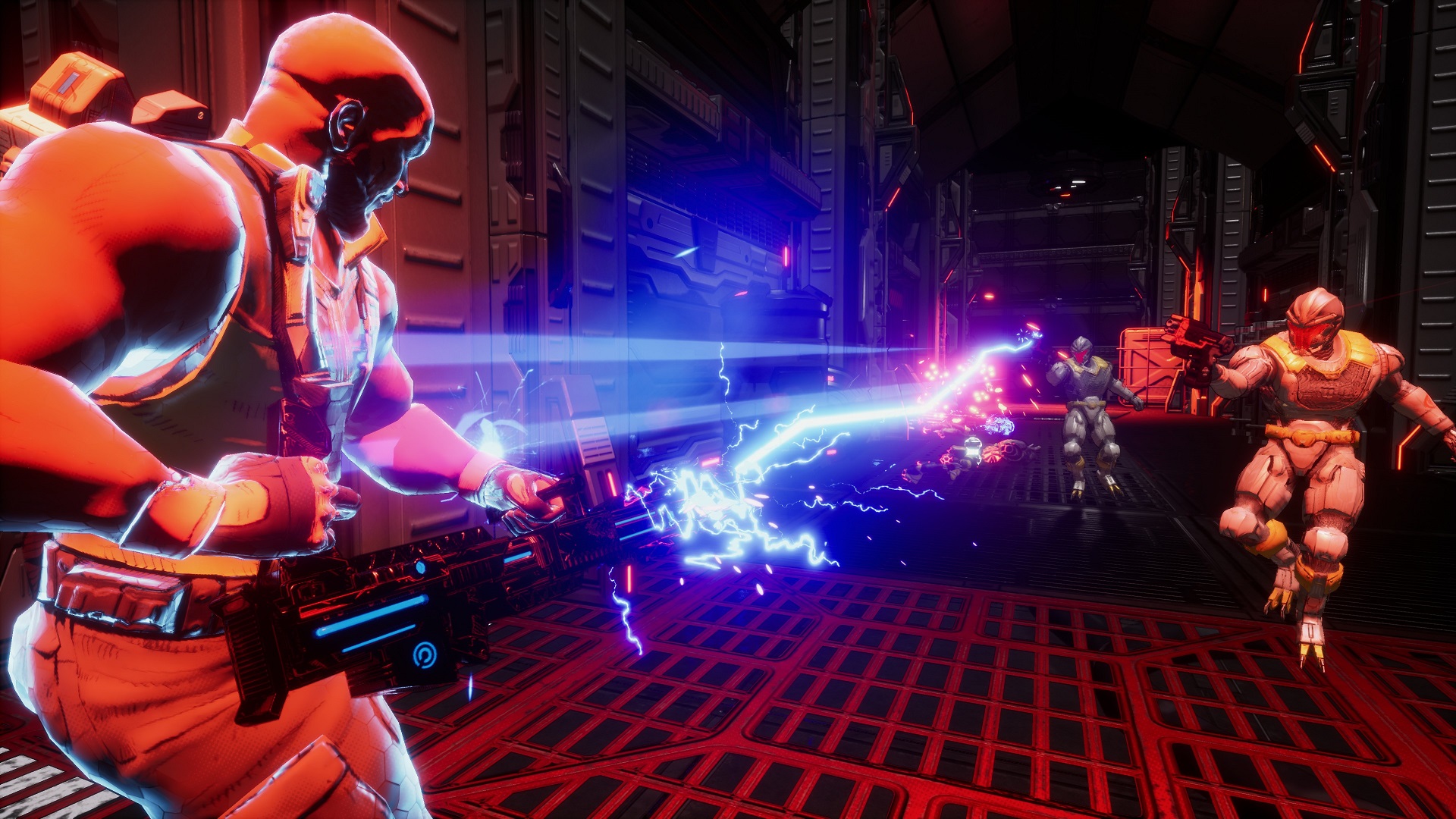 The combat that makes up the bulk of the experience tends to be weaker. Across seventeen different missions, three of them tank based, players take control of one of the twelve available heroes or villains to take the fight to the adversary. Using a third-person shooter view, the heroes are expected to capture and defend certain points, clear out sections, destroy computers and more. The mission variety itself isn’t bad, though it does lean a bit heavily on spawning hordes. Each of the heroes have their own unique weapons that take inspiration from the old show and most have a unique feel. Sci Fi’s weapon is basically an electric grenade launcher with a charge time, while Cobra Commander’s pistol is extremely powerful but slow to fire.

The gameplay issue falls into the feel of aiming. No matter how the stick sensitivity is tweaked, it never feels quite right or like the player has a tight control over where shots land. It appears that the idea is to pull the left trigger for a quick lock on to an enemy, followed by a right trigger pull to take the shot. This works great in theory, but if the enemy is strafing, it’s a guaranteed miss and tracking the target by hand doesn’t work as well as it should. If the player is using a weapon that requires charging before firing, then they would be better off going with the ol’ spray and pray technique. It’s not a dealbreaker, and it does force a certain type of care when progressing through the levels, but it can get grating after a bit. It also leaves some characters, like Roadblock, rather useless. One could argue that it’s a good simulation for the poor aim featured in the cartoon. If this was the goal, then it could just be chalked up to a bad idea. 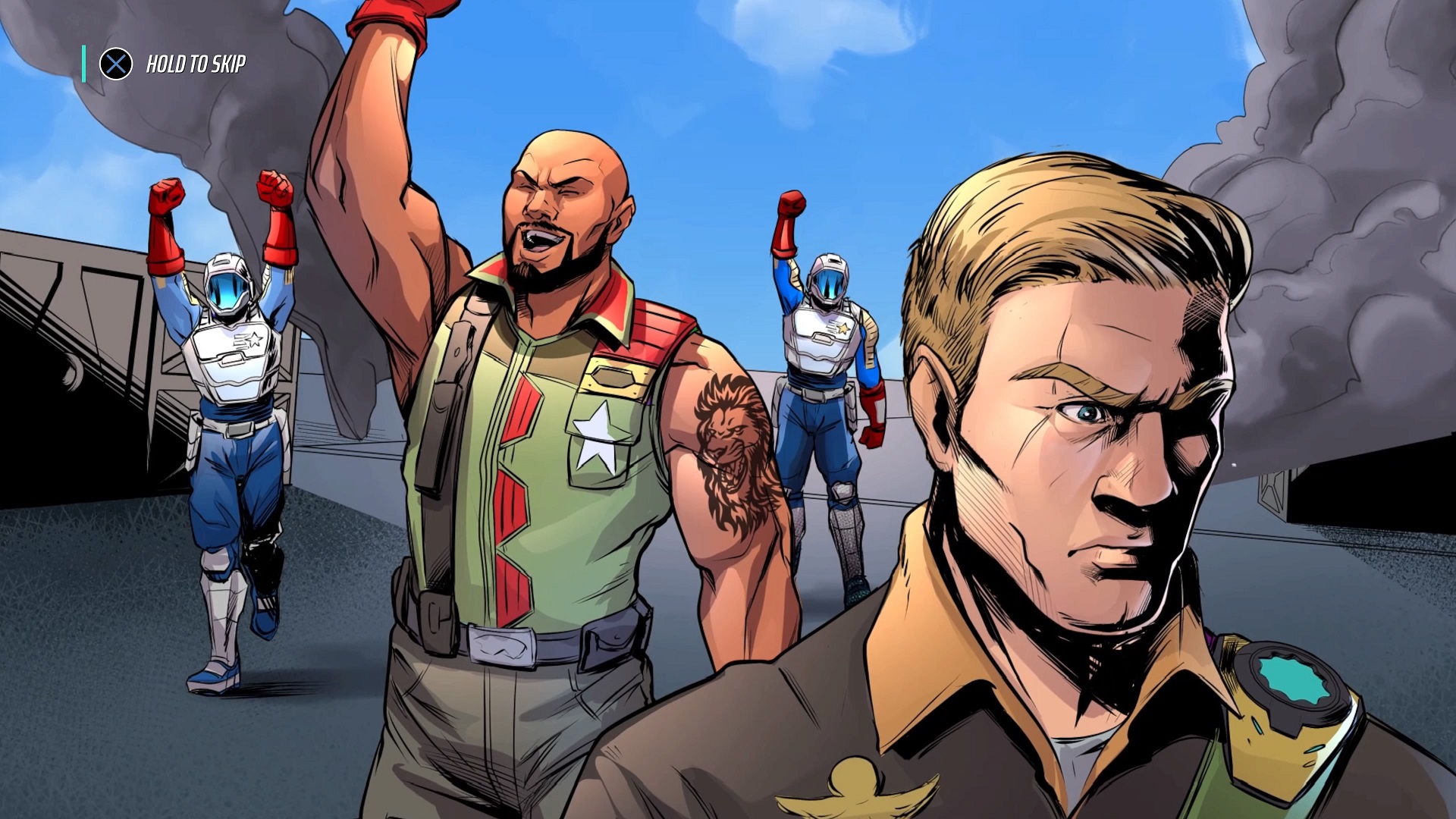 The ultimate abilities feature each character has can be hit or miss too. As expected, each character has a strong ability that charges over time, meant to be triggered during a clutch moment. In practice, though, they mostly miss. Duke will toss a grenade that explodes repeated for a few seconds at some empty ground. Storm Shadow will throw down a smoke bomb down and give the air what for. Zartan’s ultimate tended to be the only truly reliable one, pulling for a quick disappearance allowing for the rechargeable shields to do their thing. Otherwise, they tend to be a missed opportunity for cool moments.

With that out of the way, Operation Blackout isn’t a terrible time. Once one gets used to the strange feel of aiming, there’s a rather fun action game waiting to be played. The push/pull of ammo management is perfectly balanced to allow the player to pour out the bullets while also trying to keep supplied. Running for cover when shields drop is a common practice in these things, but the AI actually seemed to know when to press their advantage. This was a welcome surprise, as one wouldn’t expect that a lower budget licensed game would think to include this, but unwelcome in that a checkpoint had to be reloaded.

The look is also worthy of praise. The use of cel shading in an Unreal-powered title isn’t anything new, but the bright colors and decently-designed textures gives the title a look of a modern game while still drawing on the comic book and animated roots of its inspiration. It also draws on the library of classic sound effects. Without direct verification, it sounds like most were either taken from the old sound library or they were re-recorded with modern equipment to hit the same tones. While there aren’t a bunch of musical pieces to accompany the action, what is there draws on the classic stuff, too, without just plopping the old compositions in and calling it a day. 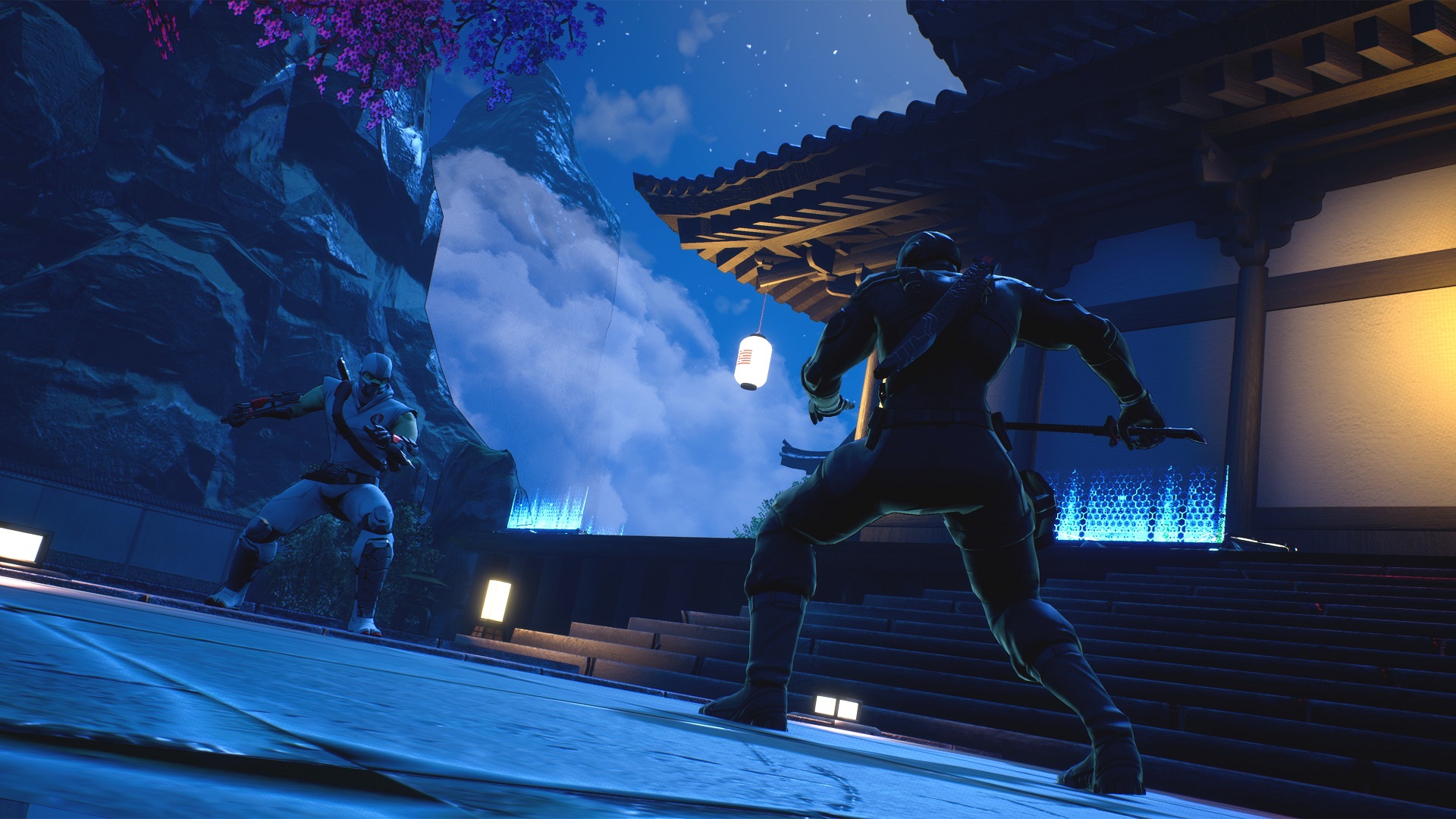 No one can argue that G.I. Joe: Operation Cobra is anything but nostalgia bait. It’s designed to pull down the rose-tinted glasses of middle-aged Gen-Xers and keep their kids mildly entertained. But considering that the developers were working with a limited budget, it’s actually halfway decent nostalgia bait. The levels might get reused once or twice, but there are decent lighting effects and some of the areas are smartly designed and fun to explore. There’s a decent enough variety of mission objectives to keep from getting boring over the modest play time. The motion comics, voice acting and sound is done at the perfect level to bring back those memories of the Reagan years, when us kids didn’t understand what Iran/Contra was, but the game Contra was cool. If it weren’t for bad gunplay and aiming mechanics that have to be surmounted, Operation Blackout would be an easy recommend for the interested. As is, it does require a patient and forgiving player. Those that can find their way around this issue, though, will have a better time than the poor kid who got the Radar Rat.