Within the extensive family of Cloud headsets produced by HyperX, the Cloud II has been one of their more popular models since its 2015 debut. It is still used by many gamers and keeps selling, but as technology is always progressing even the best things from a few years ago have some trouble keeping their allure as newer and shinier items become available. HyperX made a few upgrades to the classic design and issued a new wireless version, appropriately named the HyperX Wireless Cloud II. The new wireless version takes everything that made the wired Cloud II successful and cuts the cord, bringing its simulated 7.1 surround sound to PC, PlayStation 4 and Switch, provided the Switch is in docked mode.

The Wireless Cloud II headset features large dynamic 53mm drivers tuned specifically for game audio. The headset is made with a sturdy and durable aluminum frame and features comfortable leatherette earcuffs. The on headset controls include volume control, mic mute, active mic monitoring and switching between stereo and virtual 7.1 surround sound. The Wireless Cloud II is TeamSpeak and Discord certified. The noise-cancelling mic is detachable to get out of the way for solo gaming and listening to music, and the sound can be further customized using the HyperX Ngenuity software, which is free to download from their website. A detailed rundown of technical specs is below: 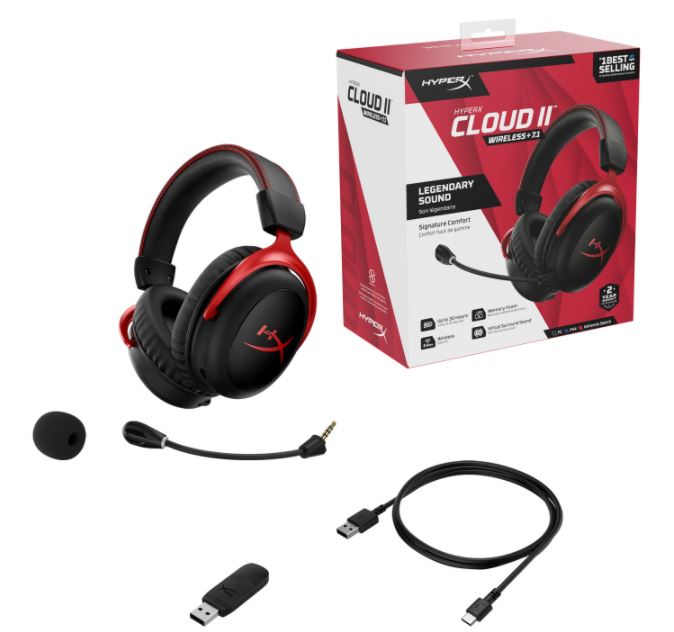 We tested the Wireless Cloud II with several different games between the compatible platforms and listened to quite a bit of music, everything from death metal to The Humpty Dance, because we need to test how that bass groove sounds in the headset (it sounds great). Virtual 7.1 surround sound through a stereo headset isn’t the same as being in a room surrounded by speakers but the effect is convincing. Switching between stereo and 7.1 can be done by quickly tapping the power button or selecting it in Ngenuity. The effectiveness of the 7.1 effect varies between audio sources. With any positional audio headset my go to album to test is the 5.1 mix of Opeth’s Still Life, and that shows the general effectiveness of mimicking surround sound which the Wireless Cloud II does a great job of doing. For mixes not optimized for surround sound having the 7.1 on gives the audio a fuller quality, and does feel like the music is surrounding me. For gaming the relative sound position varies. With older games, like Final Fantasy IX, the effect is fuller sounding audio with more low end thump. For newer games like Assassin’s Creed Valhalla the positional audio is more useful in figuring out where enemies are based on audio clues. Overall, the 7.1 option varies in how exactly it affects the sound based on the source material, but everything we threw at the Cloud II sounded great in either stereo or 7.1 mode.

The microphone is on a flexible arm so it’s easy to adjust the positioning for clearest communication. Using it the headset to listen to game audio while talking to people on Discord showed how great this headset is at multitasking. It took minimal tweaking with the settings and I could clearly carry on a conversation while listening to everything that was happening in-game. With a couple presets, headset volume, mic volume, mic monitoring and the 7.1/stereo toggle switch, the Ngenuity software is limited and doesn’t offer much customization or options beyond putting the on-board headset controls into an onscreen interface. It does have a gauge to show what percentage of battery life is left. It’s useful but nothing too fancy and not too many sound customization options. The advertised battery life and range seem accurate as I was able to wander about my dwelling and not encounter any distortion or loss of signal while running a playlist. 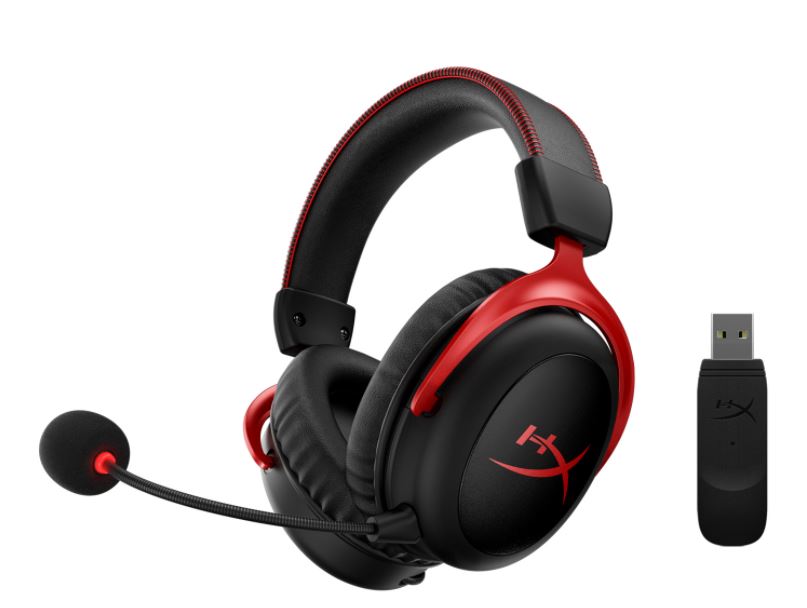 The HyperX Wireless Cloud II successfully cuts the cord on its 2015 predecessor. It has an MSRP of $149.99 and after spending extensive time with it the overall quality is well within the expectations of what someone should expect from that price tag. It’s comfortable for extended gaming and sounds great for gaming, music and movies. Getting the low end is a concern whenever a headset doesn’t have a bass boost feature or custom EQ but the Wireless Cloud II is able to deliver soaring highs and thumping lows just fine. Being compatible with PC, PlayStation 4 and Switch makes it a great option for a high quality multiplatform wireless headset.