Every Pokémon title has gone out of its way to innovate and try new things with each subsequent game. With Sword and Shield it’s the large wild area that allows free-roaming exploration. In addition to this, however, we got an expansion DLC for a mainline title for the first time ever. While Isle of Armor was short, this time around we got Crown Tundra which feels like the meat of where production for the DLC went. It clearly shows as the Crown Tundra DLC feels exactly like how the final part of a Pokémon expansion should; full of passion with lots of creative ideas.

There’s more story to the Crown Tundra than what Isle of Armor had. Players begin after traveling via train and running into an ex-gym leader by the name of Peony. After his daughter rejects his plea to go on an adventure together, he recruits the nearby player into a forced adventure that will lead to a fantastic journey. There are three main parts to this adventure with the first centering around the new legendary, Calyrex, who is trying to regain its power. The second focuses on the Regi-legendaries who are found in mysterious ruins throughout the area and need to solve puzzles to unlock. Finally there are the Galarian birds of Articuno, Zapdos and Moltres who after being encountered will flee across the region and need to be tracked down. Every single one of these is enjoyable and fun to solve and fortunately there’s nothing stopping players from taking on each on at their own pace, so they can pick and choose how to conquer each one. 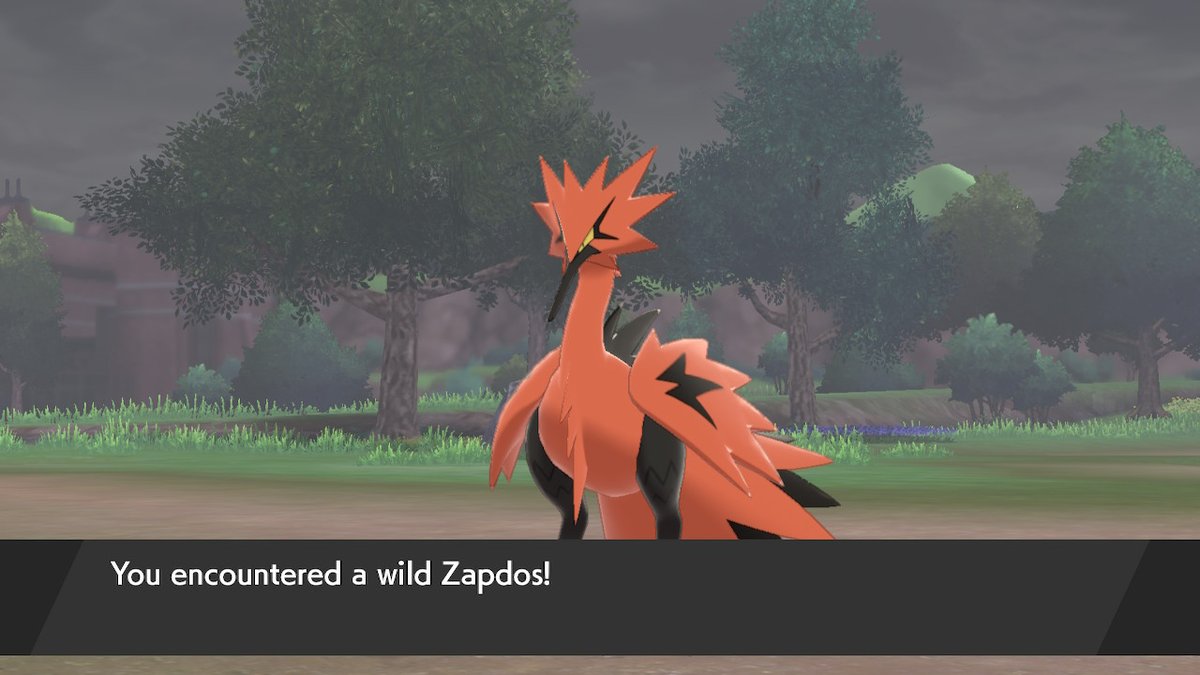 The Crown Tundra itself is a mix of northern snowy terrain and a grassy southern area. A good variety of Pokémon can be found here with a heavy emphasis on ice types with many familiar faces like pseudo-legendaries and fossils making a return. The levels are much more varied as well, with there being a good mix of early 60s to 70s so there’s a good need to have a high-level team when going in. While most of the wild Pokémon won’t be too much of a threat with a high-leveled team, some of the new legendaries with powerful moves might prove to be a fun challenge to capture or defeat. Early on players will also encounter professor Sonia who is looking for footprints scattered throughout the region. These come in three sets of fifty and collecting them all will lead to even more legendaries to be caught after being studied, a big running theme for this DLC overall.

While the single player elements and exploration are fun, one of the big long-term draws of the Crown Tundra are the dynamax adventures. This is essentially a gauntlet of dynamax raid battles with slightly-altered mechanics. Teams of up to four trainers can go in together, or with NPCs, and players choose one of the random selection of Pokémon given to them at the beginning. Then a map of the dungeon is shown with the dyanamax Pokémon covered in a cloud with only one of their potential two types shown on top of it. At the end lies a mysterious legendary Pokémon and the team must fight their way through in order to conquer it by choosing different paths to get there. These dynamax raids are easier than normal as they don’t have shields, but rely on the random assortment of Pokémon chosen. Once a Pokémon is defeated it has a guaranteed capture and allows one of the trainers to potentially swap it out if they so choose. The goal is to build a team and keep all four lives until the end in order to defeat and capture the legendary Pokémon. After it’s over, players can choose one of the Pokémon they’ve captured to take back with them with the slim chance for any of them, including the legendary, to be shiny. Adventure mode is the most fun raids have been in Sword and Shield. This cooperative mode makes trying to build a team to fight the final Pokémon with part of the challenge, requiring a lot more working together than the usual dens. The only flaw is connecting with friends as it still requires the link codes that can be fiddly to try and find one another, but at most it takes two tries to find one another and head off on an adventure. 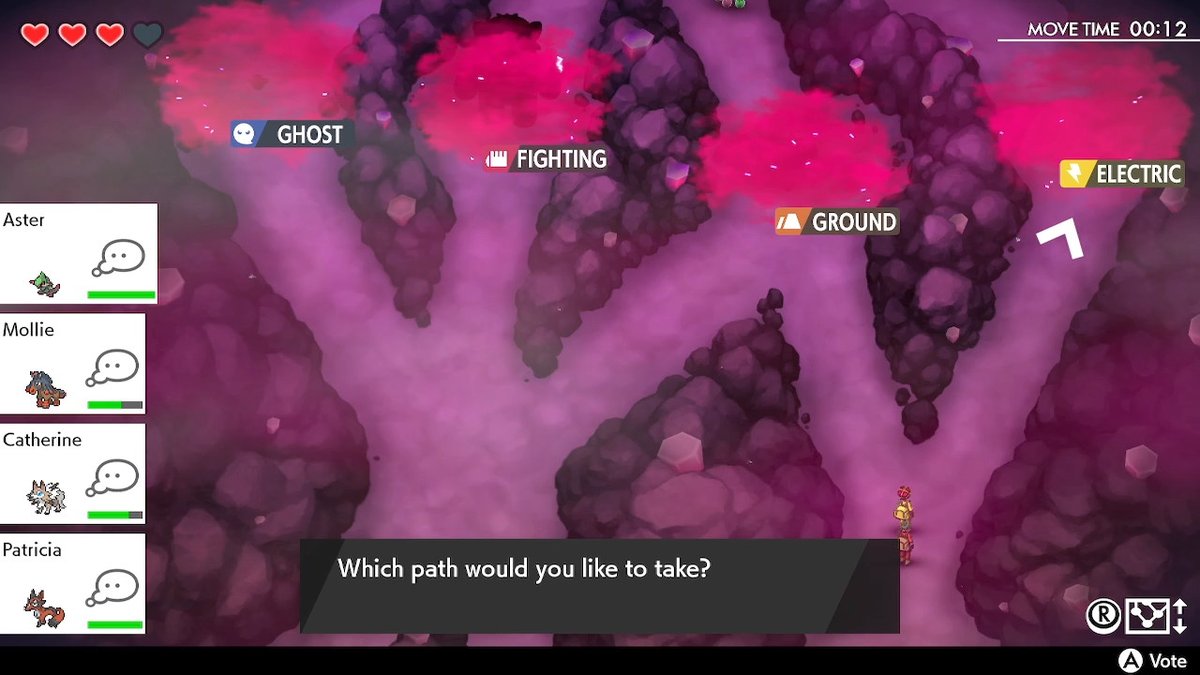 Crown Tundra, more than even the base game and Isle of Armor, feels like a wonderfully-encapsulated adventure that works great. The area is large all things considered and its biomes are focused on two different areas that makes it feel more like a real area that’s fun to explore instead of throwing a variety in to up the amount of available Pokémon. The biggest draw is by far the dynamax adventures, of which players can spend forever repeating to earn dynite ore to purchase items or simply to capture more legendaries. The Galarian birds also bring a brand new idea to the concept of roaming Pokémon, as all three actually appear in the overworld and must be physically chased in order to fight. They also don’t run away from battle once found, a welcome change to the mechanics. The footprints also add a creative new way to find legendaries, something that could easily be utilized in future titles for finding Pokémon in various ways.

At the end of the 3DS era of Pokémon, people began to wonder why certain inclusions weren’t just paid DLC instead of being the additional version that were Ultra Sun and Moon. Now we’ve finally seen what we can likely expect for future Pokémon titles moving forward and it’s a huge improvement over the previous model. The only other hope we can see is more post-game availability without a DLC expansion, but an expansion is still a welcome addition instead of resorting to what often felt like a weakly slapped together third version that adds an extremely minor amount of things to do. 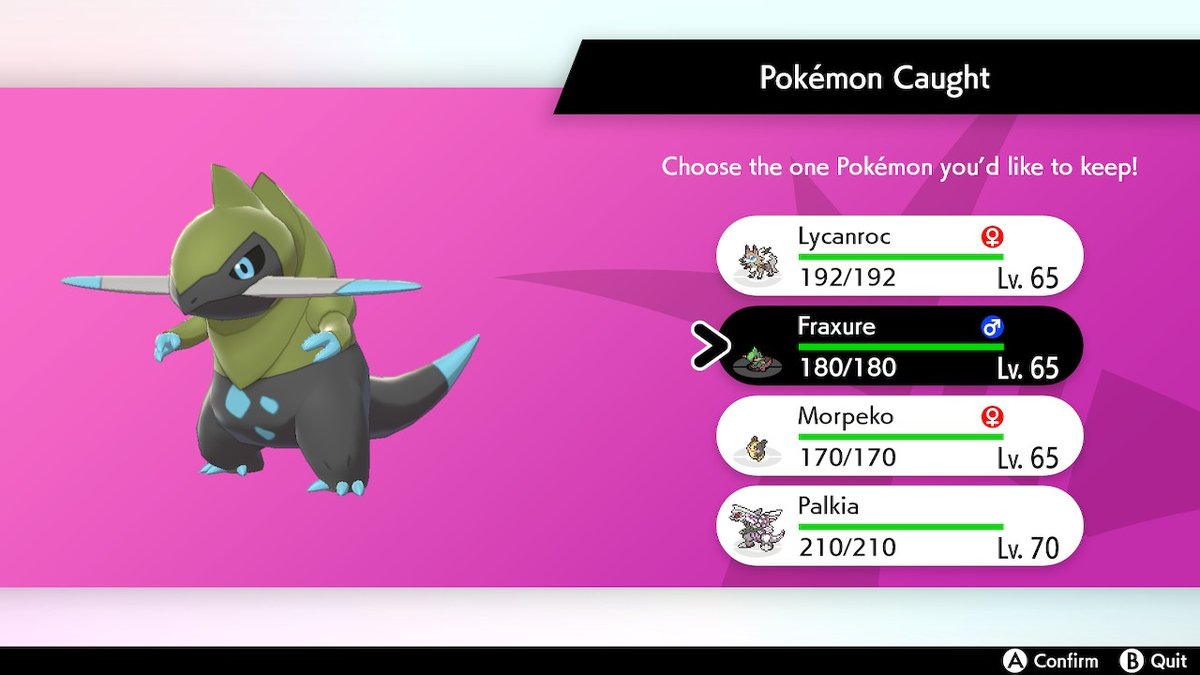 Crown Tundra at its core is a fantastic experience. It expands on so many ideas and opens the door for future titles to go even further. The entirety of Crown Tundra feels like a testing ground for new ideas, while also making a wonderful adventure for players to experience. Even though the core focus feels like a legendary hunt, that’s what most post games that people remember enjoying from the old titles were like as well. The major component is making it fun to do, instead of feeling tedious or boring, and it fully accomplished that task. The DLC for Sword and Shield was a delightful change to see and hopefully from here on out we continue to get more fantastic additions like this to future Pokémon entries that manage to expand on what’s been built in order to make an even greater adventure.