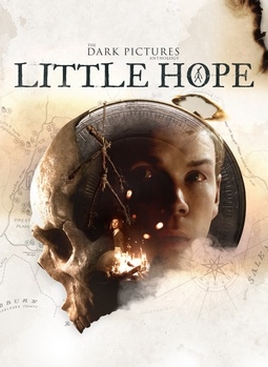 The Dark Pictures Anthology did not get off to the greatest of starts. What was meant to be a notable follow-up to the much-acclaimed adventure/horror game Until Dawn instead ended up stumbling out of the gate with Man of Medan being an underwhelming disappointment, largely due to its lack of innovation and a clumsy, disjointed story that sacrificed coherence at the altar of multiplayer. And it’s a shame, because as I mentioned back then, I want Supermassive to succeed with this series as it has a lot of potential. So I was hoping that they would take my criticisms to heart and improve the next entry in the series, Little Hope. And now that Little Hope is here, does it actually suggest a brighter future for these dark pictures?

Much like Man of Medan, Little Hope uses a real-life event/location shrouded in mystery as the setting and jumping-off point for its story. In this case, we have the Andover witch trials, as four college students and their professor suddenly find themselves stranded after their bus crashes during a detour through the titular ghost town that played host to some rather chilling events. Now they have to seek a way out, not helped by a mysterious fog keeping them trapped, or a group of demons seemingly hunting them down, or a ghostly figure of a creepy little girl showing them visions of 1692, when a group of Puritans that happen to look exactly like our heroes are caught up in a tangled web of witch hunts and other supernatural intrigue. To survive the night, they’ll have to properly stick together, make the right choices, and be ready…

With a quick story summary out of the way, the first thing to do is discuss the gameplay in Little Hope. It’s Man of Medan, except now you get to control the camera a bit more. That’s…actually pretty much it. Little Hope doesn’t exactly succeed on the innovation front. You can feel free to basically just copy/paste everything I said about Man of Medan, and that was already a carbon copy of Until Dawn as well. Granted, it was foolish to expect any particularly grand advancements, since all of the games in this series would preferably want a consistent feel, but it would have been nice to have even a little more variety. Still, as is, the standard move around/discover and inspect items/moral choice/quick-time event formula works completely fine, so it’s hard to complain too much. 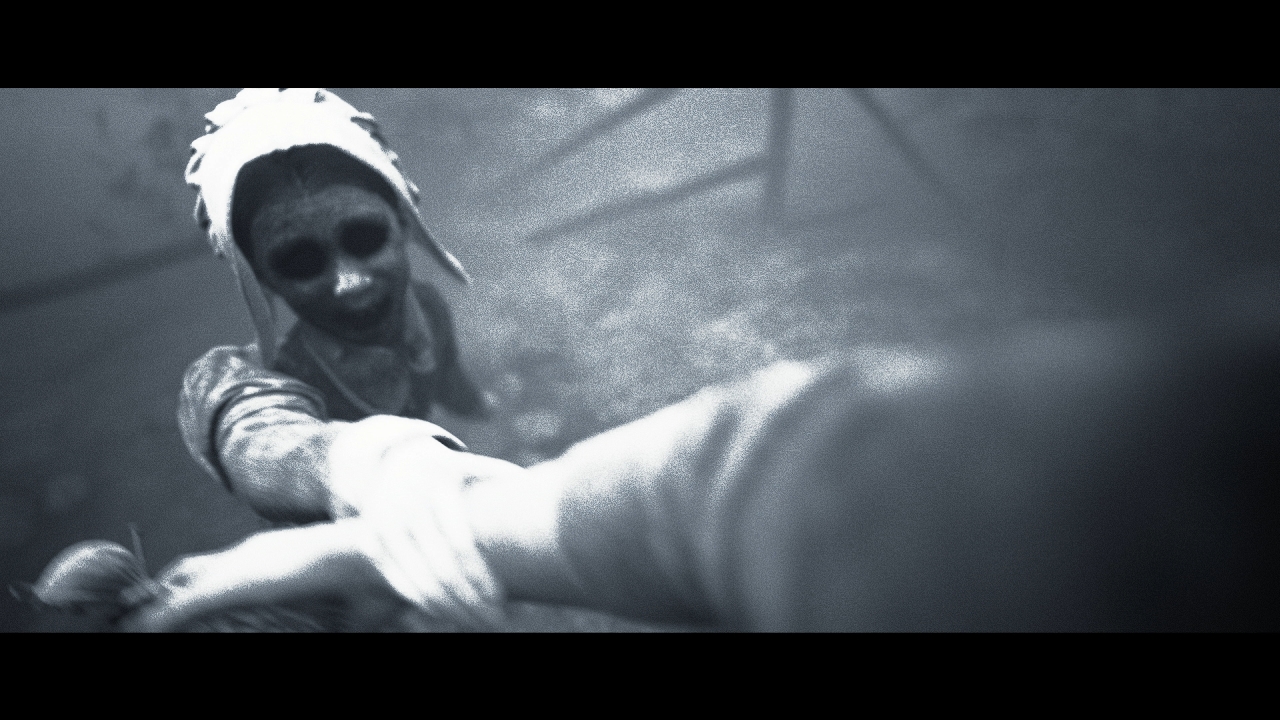 Besides, we all know the real meat here is in the story. And where Man of Medan floundered, I’m happy to report that Little Hope fixes whatever story problems its predecessor had. This time around, the game doesn’t throw as many plot elements and red herrings at you as before, so you can understand everything that’s happening without having to play the game more than once. This is despite multiplayer still being present (seriously, just ditch it already, I promise we’ll still stream the games and check them out with our friends), but thankfully all it seemed to result in were a few moments where one of the other groups of survivors say they saw an alternate vision or something, so there’s not much that actually gets in the way.

But while Little Hope can deliver a story in a competent manner now, is it capable of giving us a good story? For the most part, yes it is. The parallel stories set in both 1692 and present day (among other things) both offer up some interesting twists and threads and the mystery behind the doppelgangers, and while more linear than before, it constantly manages to keep you intrigued wondering what the secrets behind everything are. More importantly, we have our main characters and how they develop. While they still suffer at times from plot-mandated annoyance despite whatever path your decision send them on, they’re boosted up thanks to their personality traits and relationship meters playing a much larger part in things here, whereas in Man of Medan (or even Until Dawn, arguably) they were little more than a blip on the radar. Unfortunately, explaining how they pay off might venture into spoiler territory, so take my word for it.

The choices you make also play a big part in shaping the narrative, but in a more subtle way this time around, focusing more on how the characters behave and are perceived instead of affecting the environments around them, which is a nice touch…even if these choices felt overshadowed or even undermined at times. See, there actually is one other small gameplay addition to Little Hope, that being to the quick-time events. This time around, instead of just flashing what button to press, they’re preceded by a little diagram preparing you for what action is about to happen — climbing, attacking, jumping, etc — and in doing so, hints at what button will be associated with it. It’s a nice little addition that makes the game more accessible. 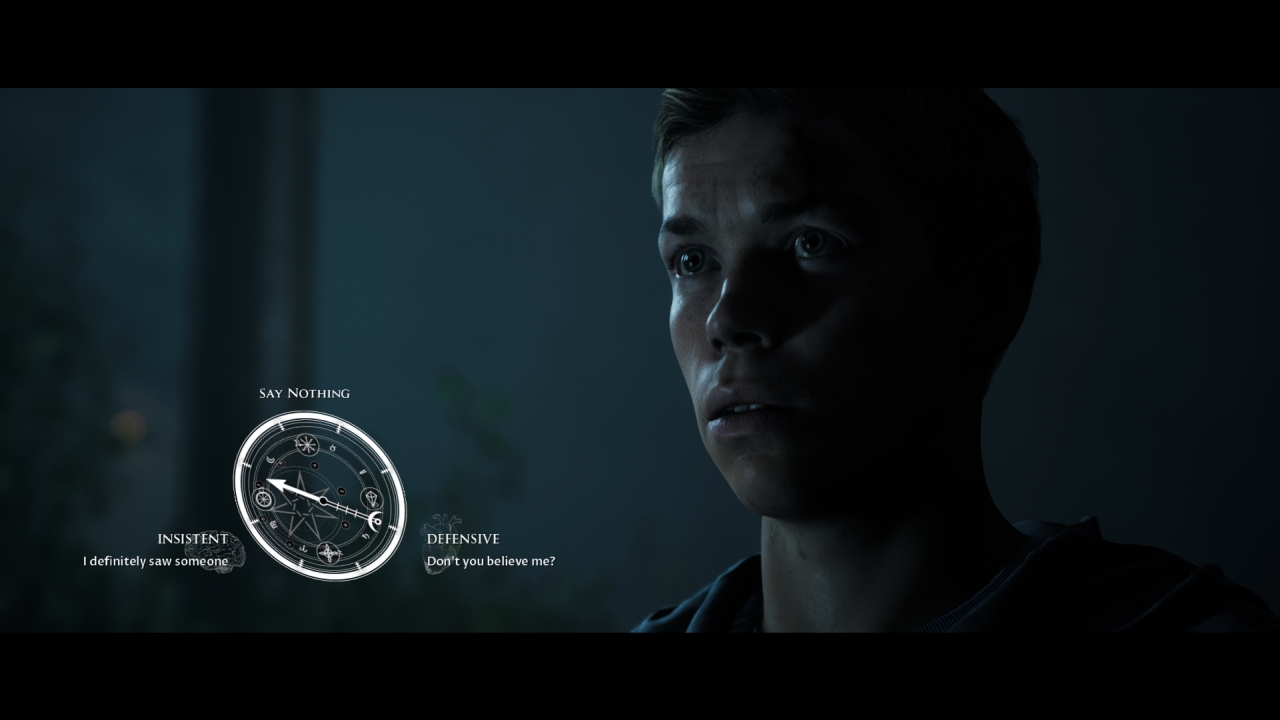 That said, I think Supermassive may have been too proud of this addition, because Little Hope seems to be way more focused on QTEs this time around. Maybe it was just certain choices I had made, but I came across several more QTE sequences than before, a lot of them being lengthy, as the group found themselves fending off the demons that were after them. I wouldn’t mind it that much, but it meant that Little Hope felt more reliant on timing as opposed to making any tough decisions (ironic, given one particular thing the game’s lead actor Will Poulter is known for). And as such, I walked away from the game felting that it may have actually been too easy, as long as you’re prepared for QTEs. Heck, I finished my first playthrough with every single person surviving (with one possible technicality), something I can’t say about my first times with Man of Medan or Until Dawn.

So there isn’t that much to say here, but due to the similar gameplay and aesthetics, there’s not much to discuss (could use much less murkiness, though, as it led to environments that were a tad dull), and any in-depth discussion of the plot risks going into spoilers, but that said, I need to bring up the ending. Without giving anything away, I get the feeling that this may be a polarizing finale. On one hand, it causes you to look back on what feel like some rather blatant plotholes. One the other hand, it causes you to realize some rather genius moments of foreshadowing, of which there more of than the plotholes. And if you’re like me, then initially, either hand will be used for a facepalm as you say to yourself “Did they seriously just re-use the same thing they did last time?” But overall, I would mostly lean towards it being a strong ending (and it manages to make Little Hope somehow seem like a vastly better entry in a certain other currently-failing horror series, which made me chuckle). But please, Supermassive, let’s shake things up for next time. 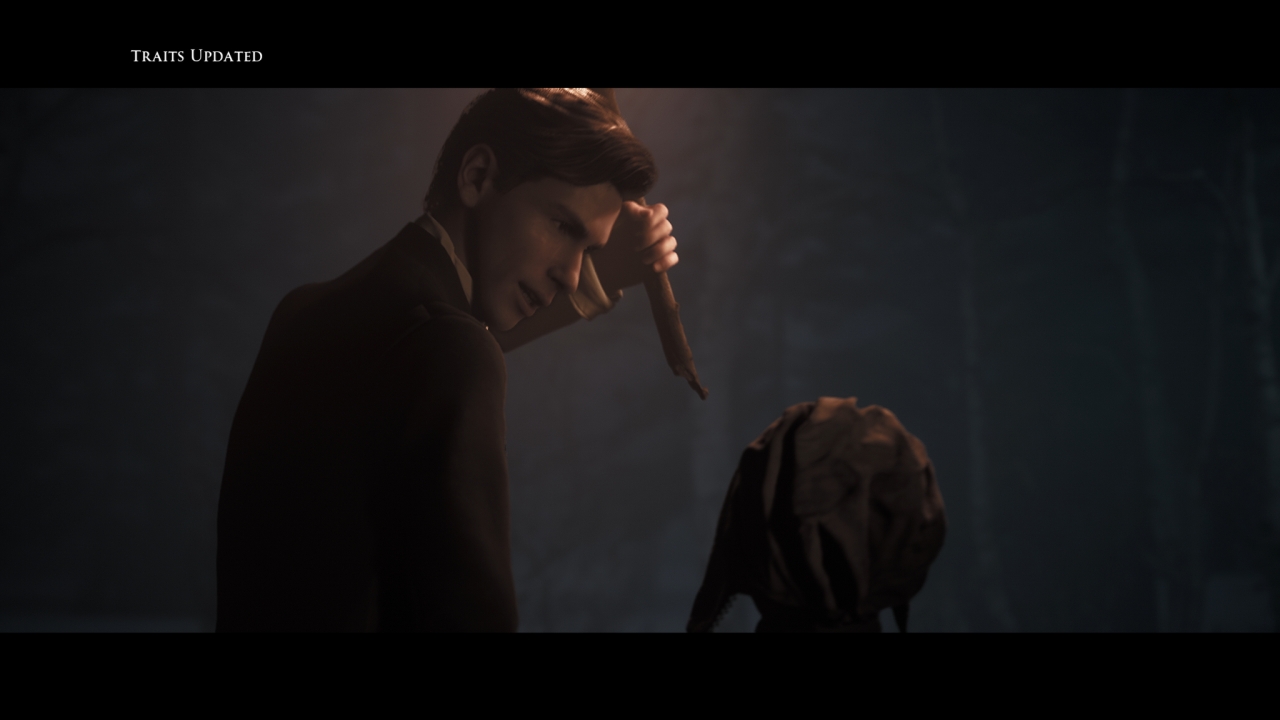 The Dark Pictures Anthology: Little Hope is a notable improvement over Man of Medan, thanks to its vastly superior plot that manages to keep you hooked and interested in the characters as you try to keep them alive. Still, the over-reliance on quick-time events shows us that Supermassive still has more fine-tuning to do when it comes to The Dark Pictures Anthology if they want it to be a true masterpiece of horror. With any luck, next year’s House of Ashes will be even better and give us an even truer successor to Until Dawn’s crown.