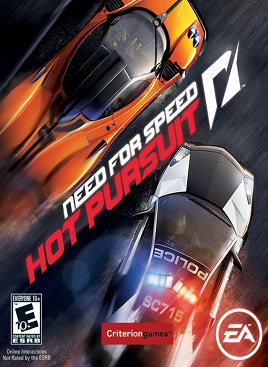 To put it in as polite of terms as possible, Need for Speed has been struggling for this entire console generation. Saddled with a variety of wrongheaded gimmicks, something like requiring the player to be always online, even for the single player mode, ranked as some of the more innocuous issues. Attempts at a reboot, irritating upgrade scheme and a driving feel that worked, but didn’t nail the joy for which the series used to be known for, permeated each of the current-gen options. That list is mercifully ignoring Need for Speed: Payback, which went to great lengths to annoy the player. Some of the choices were well meaning but ultimately bad ideas. Some were the result of a corporate desire to cram in additional monetization. While there were passable entries, none of them hit the status of being an unqualified recommendation to arcade racing fans. This is why, as much as it seems like a backhanded compliment, Criterion and Stellar Entertainment’s  Need for Speed: Hot Pursuit Remastered can be considered the first great Need for Speed game to hit the aging current gen. It strips out all of the nonsense and takes players back to what these games should be.

Released ten years ago, Hot Pursuit was Criterion’s follow up to the monster hit that was Burnout Paradise, and it showed the studio trying new things. Whereas the Burnout games were about just going clown shoes wild with stunts and crashes in fictional cars, the Need for Speed series makes use of real world cars. Because of that, some of the nuttiness was dialed back. In exchange, the studio ramped up the “Cops and Racers” formula that the NFS series has done so well, creating a new kind of havoc. Players are asked to take the role of a racer or an officer of the Seacrest County Police Department. When the two square off, it’s up to the racer to make it to the finish line first, while the police are tasked with turning the racer into a sloppy cube of metal, leading to a battle of speed versus brute force.

Thrown into the mix is a small variety of weapons and gadgets. At the tap of a button, the police can set up a roadblock to stymie the racers. Racers can jam police weapons. EMPs can slow and even disable a vehicle but requires a lock on time, which can be difficult when the target is dropping spike strips all over the road. With the weapons system, it might sound like a Mario Kart style game with real cars, but the limited amount of availability and the ease with which they can be avoided makes it more tactical. This allows the races in Hot Pursuit to develop their own identity, unique in the arcade racing genre. Of course, that doesn’t mean this is all there is to it. There are a good variety of time trials thrown in, as well as standard races without all of the extra stuff for when the player wants to drive. 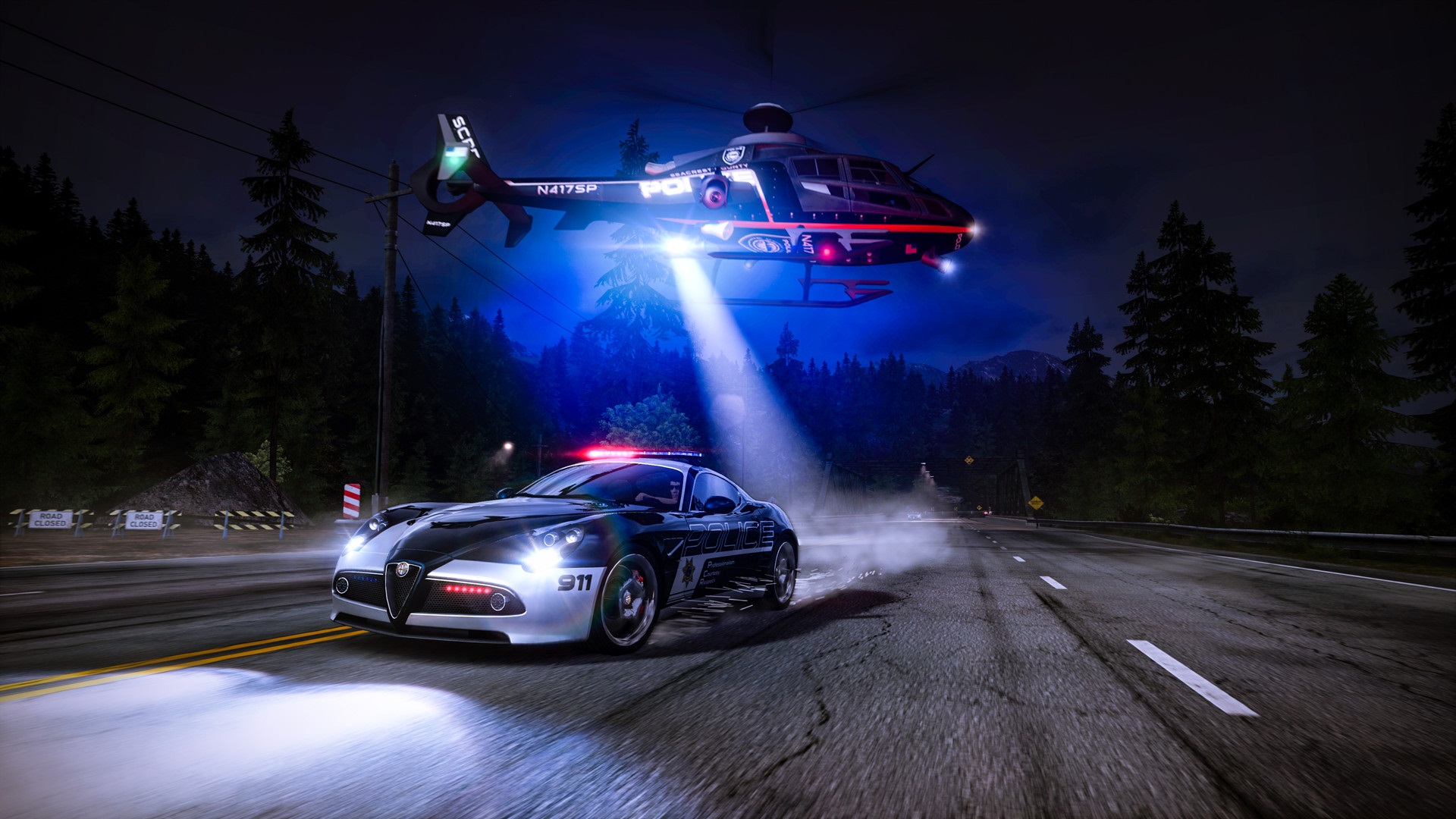 The feel of the racing itself is superb. Even the lightest vehicle has a weight behind it when going around a curve, and higher-end vehicles hit a sense of speed that can be intimidating at first, as the scenery flies by. The game asks for fast reflexes to avoid the law-abiding residents as they behave themselves on the road. Misjudging a shortcut will happen. Even then, making mistakes is part of the fun, as it can lead to harming an opponent too. What’s great about the wheel feel in Hot Pursuit is that drifting turns and driving like an absolute idiot is a viable way to win. Being smart about speed, braking and racing lines does hold an advantage, though, which encourages the player to learn their vehicle and how to push it to the limit.

One of the features making a welcome return is the Autolog. Basically amounting to a smart leaderboard, the Autolog is there to always feed the player fresh challenges based off of other players in the game. With a tap of a button, it’s easy to get a new time to beat if only to earn bragging rights. The streamlined nature of the feature does work better than a leaderboard, as it allows for direct asynchronous competition with friends. What Remastered adds to Autolog is cross play support, opening the feature up to friends across all platforms using their EA IDs. While cross play functions are becoming more common, it still is commendable that the studio worked it into a remaster of an old game. 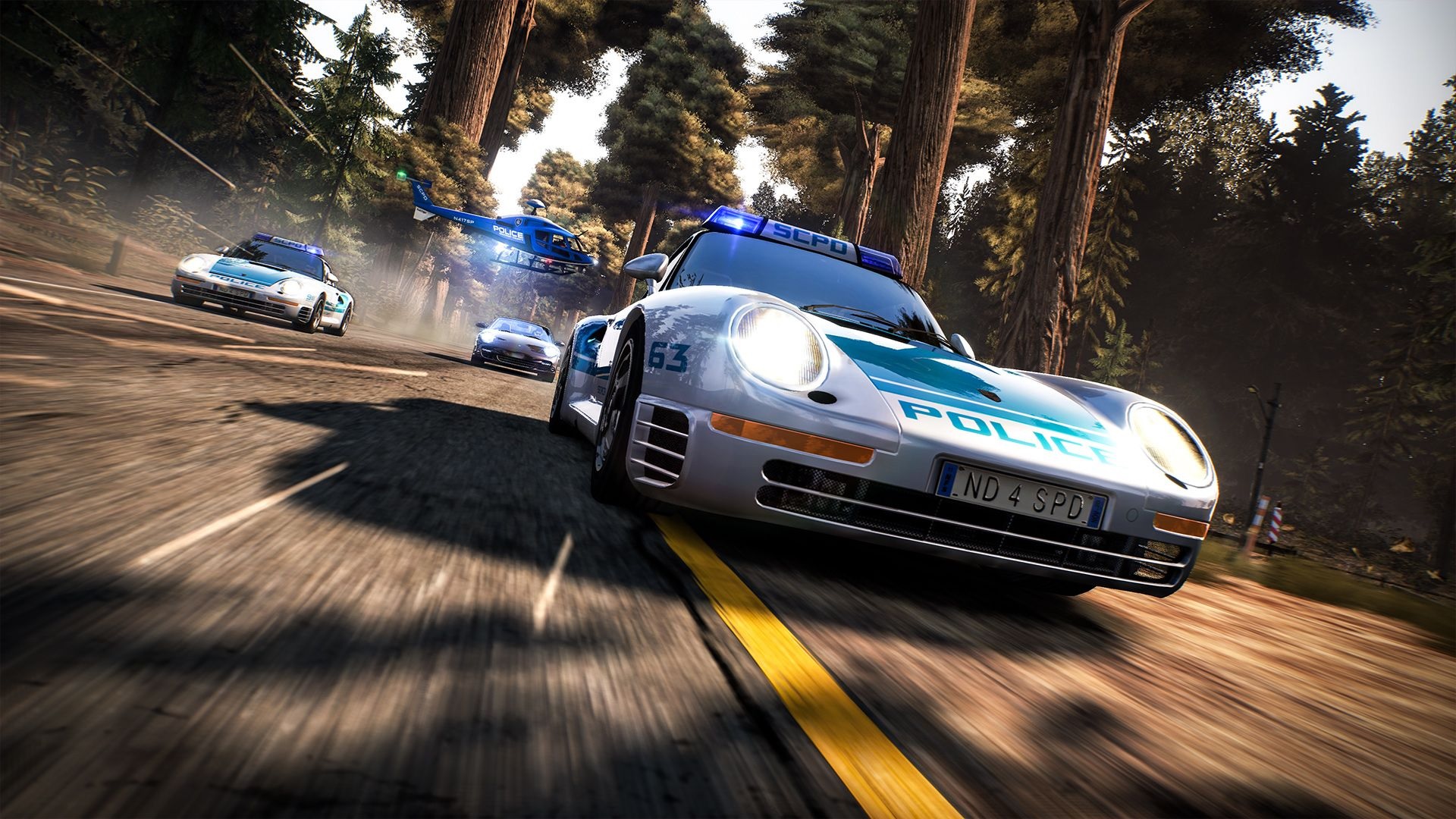 Something that the rose-colored glasses did leave behind in the hazy ether of memory is the rubberbanding AI. It’s frustrating to run a clean race, hitting all of the racing lines at a perfect speed while being smart about the use of the refillable nitrous tank, only to have the AI zip past at a speed that seems impossible during the last straight before the finish line. Many an unkind word will be uttered about this. It isn’t all bad, though, as there’s a sense of comfort in knowing that even the worst mistake only puts the player a tank of nitrous and a smooth turn away from getting back in the race instead of just needing to restart the whole thing. That latter part is important as the load times here are also less than ideal. While not the worst, they do tend to stretch to the limit of tolerable at times.

As far as the graphical touch ups go, it’s no slouch. There’s more detail in the world, filling in items where there was a blank muddy texture before. The light also received a revamp, allowing for better reflections on the vehicles and world. When speeding through a tunnel as a cop, sirens blaring, the lights from the flashing red and blues reflecting off the walls and ceiling are rather remarkable. Rubbing paint with a rival and seeing the damage is more detailed and satisfying. What could have been a quick and dirty port with increased resolution instead shows off a ton of effort, making this re-release feel like it has a home on the current gen. It’s not all perfect, as the slow-motion crashes show where there were compromises made in the original iteration, with flat textures in the little seen undercarriage of the cars, but that’s a minor quibble for a fantastic remastering. 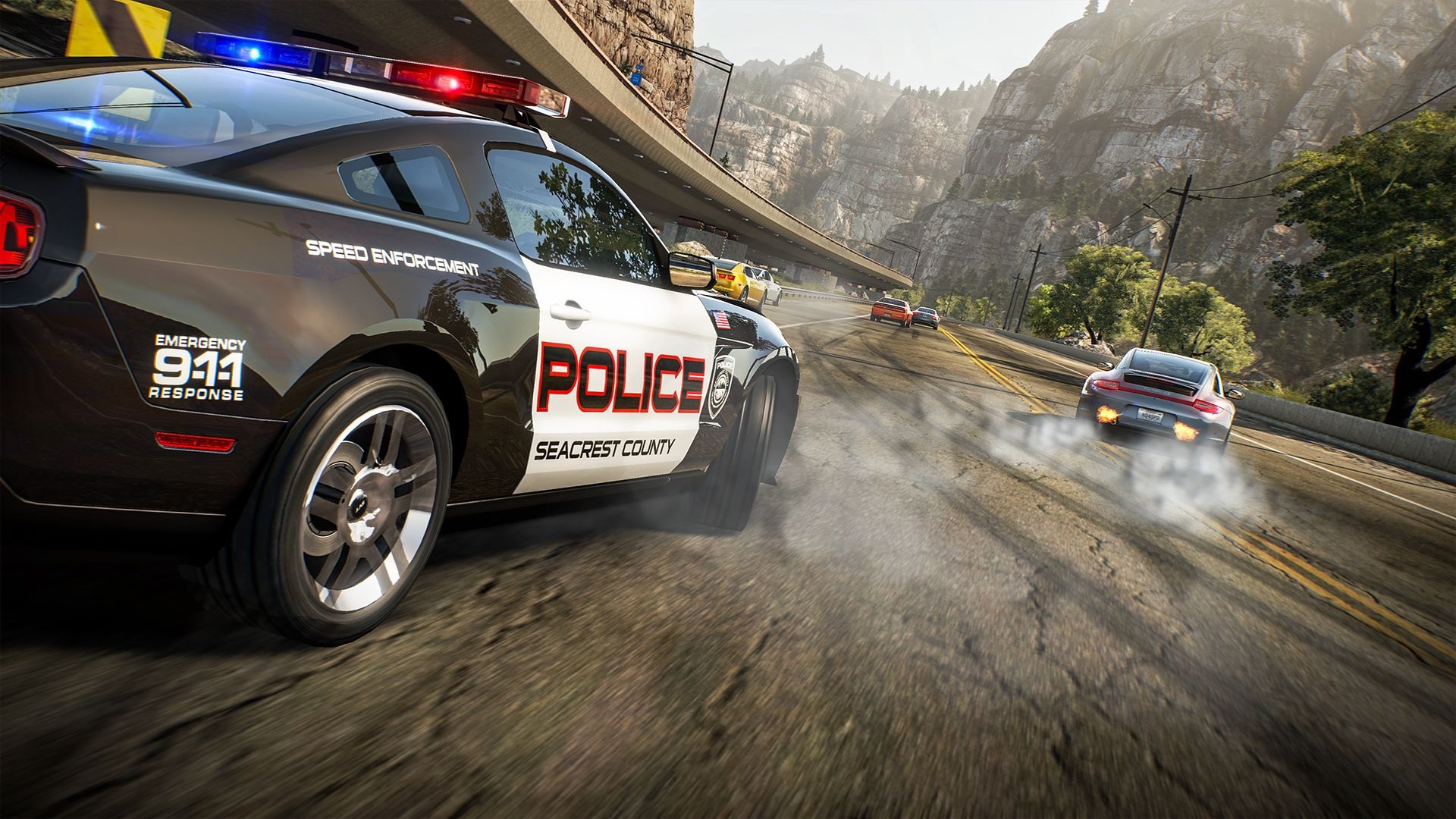 While there are minor complaints about Need for Speed: Hot Pursuit Remastered, they are just that: minor. This generation hasn’t seen a ton of great quality high-budget arcade racers. The titles that could fit the genre in recent years either tried to inject realism where it wasn’t wanted, got hit by unnecessary features and monetization schemes, or just plain didn’t feel right. Need for Speed: Hot Pursuit Remastered takes players back to what these games used to be and looks great doing it. As it includes all of the major expansions and comes at a discounted price, it’s also a fantastic value. Despite playing the original to death, I’ve put way too much time into this fresh release and feel like I haven’t done even half of what I want to do with it. A perfect companion to the also highly-recommend Burnout Paradise Remastered, Need for Speed: Hot Pursuit Remastered should serve as a baseline for what these titles should be in the future.