It’s finally here. After seven long years, the ninth generation of consoles is upon us, and with it comes Xbox’s most ambitious offering yet. Unfortunately, in a year of uncertainty due to a certain pandemic, the impact of its launch has been significantly stifled; with delay after delay there was even worry that the next Xbox would itself be pushed into 2021. Thankfully that wasn’t the case, but even so, without a major new game such as Halo Infinite at launch to showcase the potential of the most-powerful video game console, was it the right call to continue forth with the new generation? Regardless, Microsoft was gracious enough to sends us over a retail unit of the Xbox Series X to test out and we’re completely floored by its capabilities.

When the Xbox One launched, it looked like a VHS player. It was not a pretty console to look at and it didn’t help it was larger than its competition while offering less-impressive components and graphical fidelity. The Xbox Series X on the other hand is a wonderfully-crafted machine. I enjoy the monolithic design as it’s reminiscent of a vertical miniATX computer and the grill on the top is by far my favorite design choice of the bunch. It does kick off a decent amount of heat, so be aware of how you set it up, because it’s dispersed through the top and back. I do wish there was an extra USB on the front, though, as it only features one 3.0 connector, with two on the back.  You’ll get the standard combo of controller, HDMI and AC cable when cracking the packaging open, with a lack of a USB-C connector to plug the former into being a disappointment. What I do love, though, is that it comes with a lengthy HDMI 2.1 cable, allowing you to position your console without much restrictions. 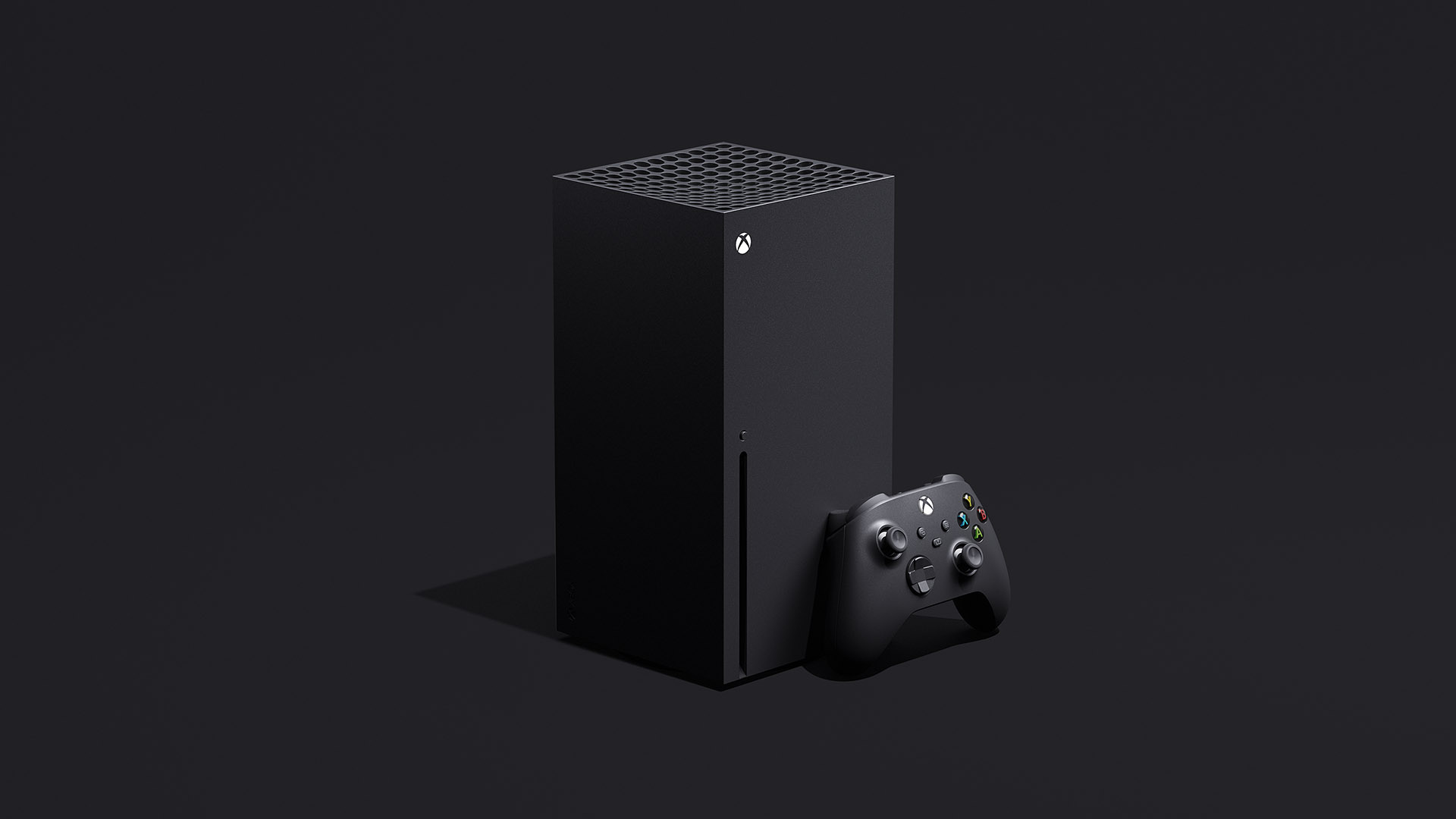 It supports a bustling 120hz and 8K HDR, even though it’s unlikely we’ll see the latter anytime soon. It also has a 4K UHD Blu-Ray player and with HDMI 2.1 capabilities, it has reduced latency and most importantly, AMD FreeSync which will come in handy for fellow PC players. It also features Dolby Digital 5.1, DTS 5.1, Dolby TrueHD with Atmos and 7.1 L-PCM audio.

The Xbox Series X is Microsoft’s fastest console by a wide margin, which is mainly thanks to not only the AMD APU that’s powering the system, but the custom NVMe drive. There are numerous features that standout over the last generation, such as quick resume which hibernates games so you can swap between them without having to worry about finding a save spot. And because the system supports the RDNA2 GPU chip, you’ll find support for Raytracing in specific games.

If you’ve ever run an Xbox console, or even PlayStation at that, you’ll know that those consoles can sound like a jet engine when playing graphically-intensive games. At least at launch, the Xbox Series X is whisper quiet. You’ll rarely actually hear the device running unless there’s absolutely no other sound and you’re right up close to it, and even then you’ll only hear the sound of a quiet fan. It’s impressive what Microsoft was able to accomplish. 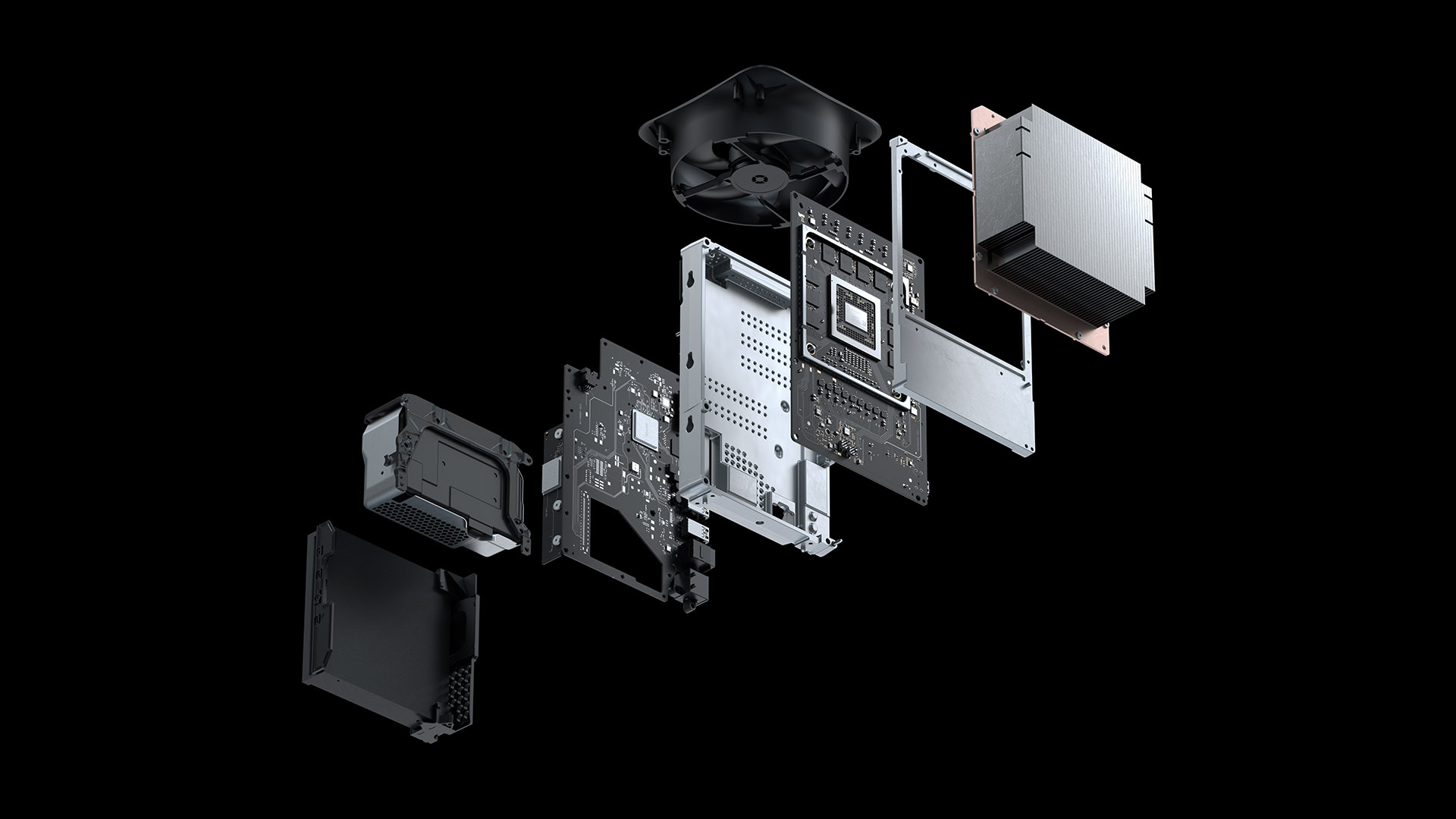 The Xbox Series X controller hasn’t gotten a major overhaul like its competition, but instead has received a number of smaller improvements to make your gaming experience even better. The most significant change is the dpad. Xbox and Xbox 360 had its issues with its less-than-precise dpad functionality, and it was improved upon with the Xbox One. This has been upped to another level with the Xbox Series X controller. Similar to the Xbox One Elite controller, the dpad is now in a more circular, concave design. It’s not exactly the same as the Elite Controller still feels on another level, but the amount of precision that’s here is much greater than we’ve come to expect. In addition, the triggers feel more firm compared to the Xbox One controller; they still have the depth to them when pressed down, but there’s more resistance than before. The Menu and View buttons are the opposite as they’re a little softer when pushing down, while at the same time it’s almost like there’s less pre travel. So they require less operating force and have a shorter range to the switch; it most likely won’t make a meaningful difference in terms of performance, but it just feels better.

Microsoft has completely done away with the sharper edge look, at least outside of the now ridged dpad. The face of the gamepad is smooth with no sleek edges and instead a generally flat surface. Even the top of the device, which was connected the two bumpers, are completely removed and molded directly into the core frame itself. It’s overall a minimalist, improved design that slightly reminds me of the Nintendo Switch Pro Controller. The new Share button is in a good position on the controller; no longer do you have to go through one of the in-menu shortcuts to capture your greatest moments. The controller also uses a USB-C connector similar to the Xbox One Elite Controller, but unfortunately it doesn’t come with a cable in the box which is a massive disappointment. In the end, I love the changes, even though they are generally minor. Microsoft isn’t looking to evolve the controller experience, but instead iterate upon it with slight adjustments that make the Series X controller my preferred controller of choice for most games. 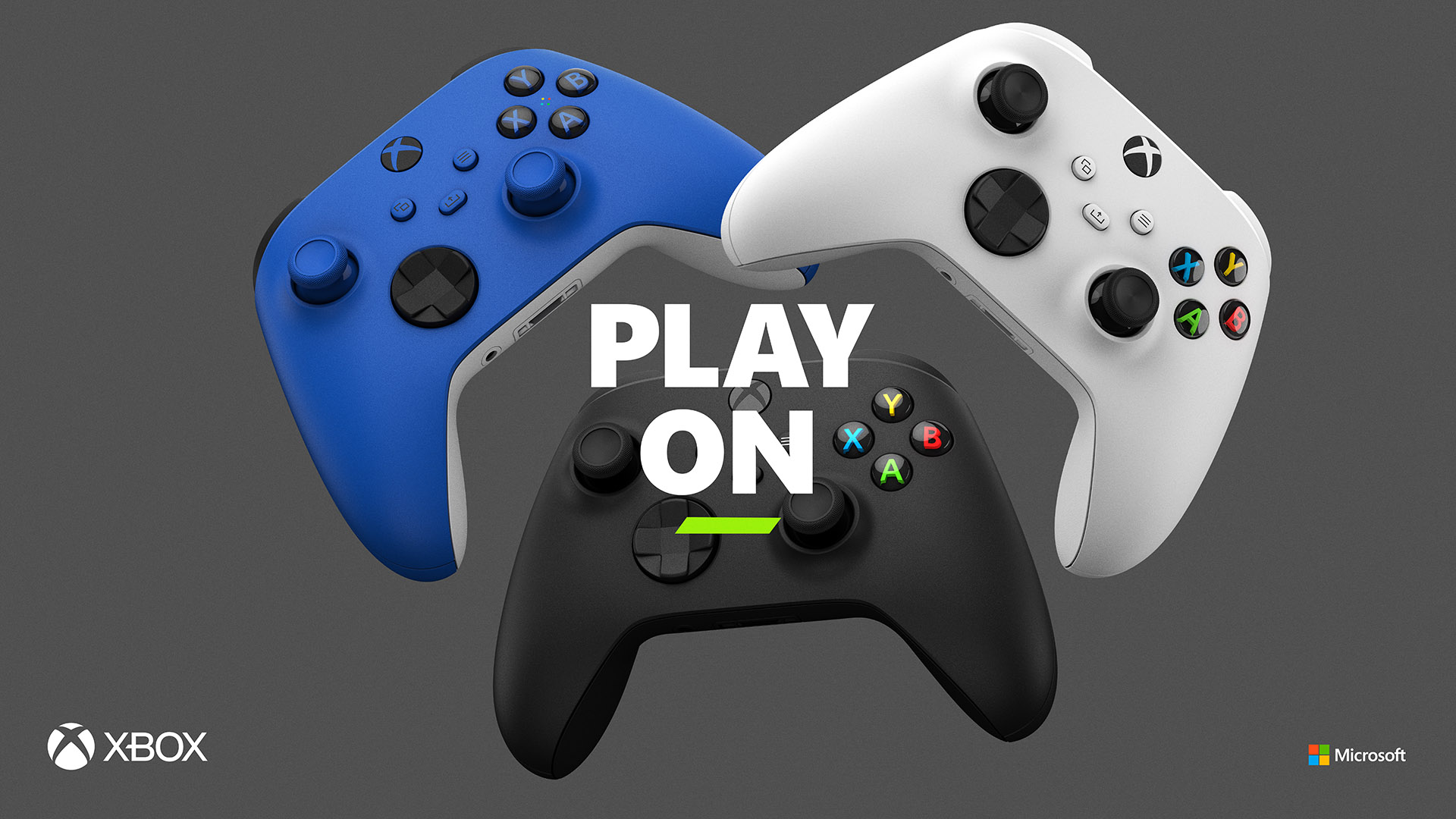 Let’s talk about the elephant in the room: the Xbox Series X’s launch lineup. With the delay of Halo Infinite, the Series X’s offerings are barebones. The Xbox Series X has a few games that, while not entirely exclusive, at least might be seen as selling points:

Gears Tactics was released earlier this year on PC to a decent response, but now you’re able to play it on Xbox Series X at 4K 60fps – even though the cinematics appear to be done at 30fps. Tetris Effect Connected is more of an expansion on the beloved 2018 release of Tetris Effect, now with the heavily-desired multiplayer mode. Yakuza: Like a Dragon will also being coming to last generation consoles and PC on the same day, but will be next-gen exclusive until spring of next year, which is a surprisingly large get for Microsoft considering, having spent a lot of time with the Series X version, is the version to play. Assassin’s Creed Valhalla is in a similar situation as Yakuza, where last generation and PC counterparts will be available on the same day, but instead of having a sizable lead on the next generation, it will only get two days before Ubisoft releases it for Sony’s platform. Granted, we also got lots of time with the Series X version of Valhalla and it’s a visual treat, but considering it a staple in the Series X’s launch lineup is a sad state of affairs. Finally, we have the indie game from Tomas Sala, The Falconeer, that has you take flight in a beautifully stylized world full of combat.

With that said, there are a couple of first-party games that are receiving optimizations for the Series X that will let you relive them in a much better way:

For example, Gears 5 has received a huge update that adds visual effects you wont see on the Xbox One version of the game, along with running upwards of 120fps in multiplayer. Ori and the Will of the Wisp is also seeing a 120fps mode, along with Forza Horizon 4 going to be 4K60, although as the time of this review, the former has yet to be updated. Finally, Sea of Thieves is a drastically different game than it was on Xbox One, as not only are there visual improvements, especially to the lighting, but the load times are actually bearable. 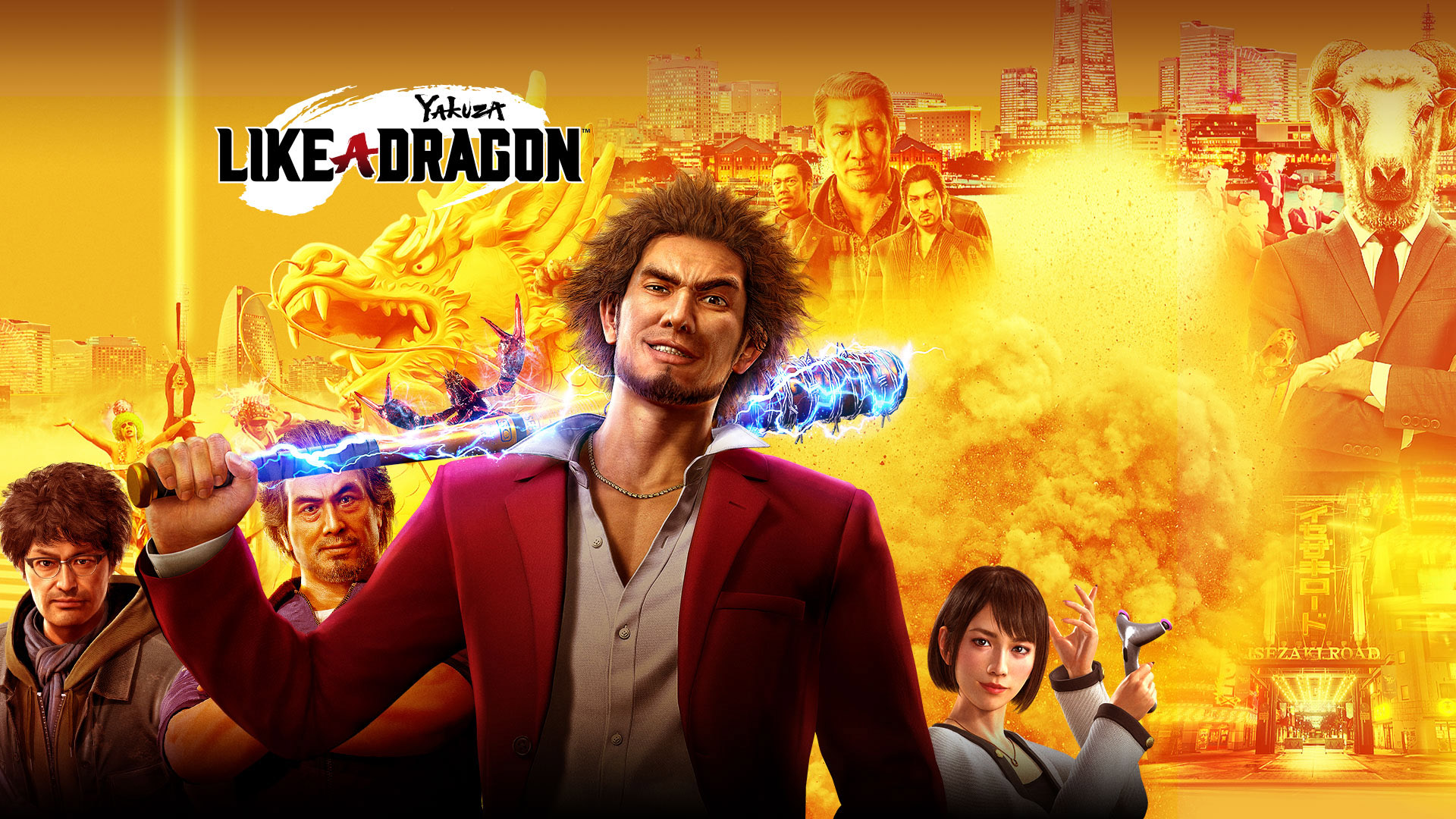 Outside of these, there’s your standard array of third-party titles, most of which are available through the Smart Delivery upgrade program, although there are those that still require you to rebuy or pay a fee to upgrade. As you can probably tell from the list, the vast majority of these are older releases: 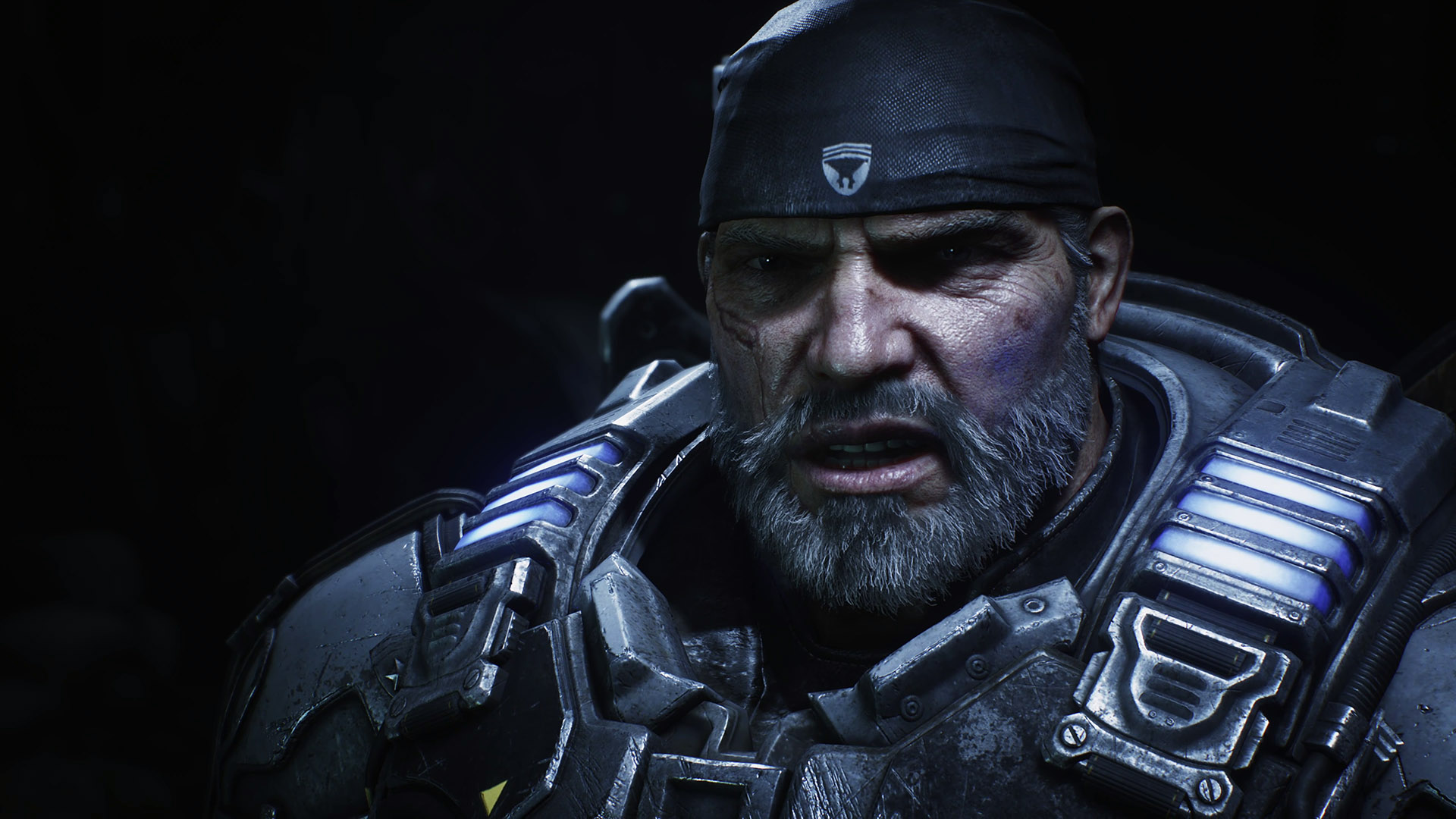 Fortunately, while the launch lineup is disappointing, at least in terms of new and exciting exclusives, the Series X’s backwards compatibility makes up for a bit of the slack. Xbox has been priding itself lately on being able to play your older catalogue of games without any hassle and this is carrying forward onto the Series X in the best way possible. Not only does virtually every game you own on Xbox One transfer over, but some of them have been enhanced without any effort from the developers. Specific games that have unlocked framerates or dynamic resolutions do have the means of improving thanks to the extra horsepower, but arguably the most important factor is the load times. Thanks to the custom NVMe SSD drive that Series X sports, even Xbox One games are greatly improved.

These are just a few game samples among the massive catalogue that sees similar drastic improvements.

The backwards compatibility is also greatly aided by the Xbox Gamepass service, which allows players to gain access to a slew of Xbox One games at an affordable rate. Having such a significant backlog of games to pick through, a lot of which are enhanced through the Series X’s hardware, is a huge deal, especially in 2020 when, let’s be honest, the next-generation offerings in general are lacking, especially compared to past console launches. In the end, it’s amazing what Xbox has been able to do with their architecture that they’re able to improve upon older games in such a monumental manner. Now, of course not all games are the same and it’s not like you’ll immediately see a noticeable improvement on most games from a visual or performance standpoint, but at least having the games load upwards of 7x faster than they ran on a standard hard drive is mighty impressive. 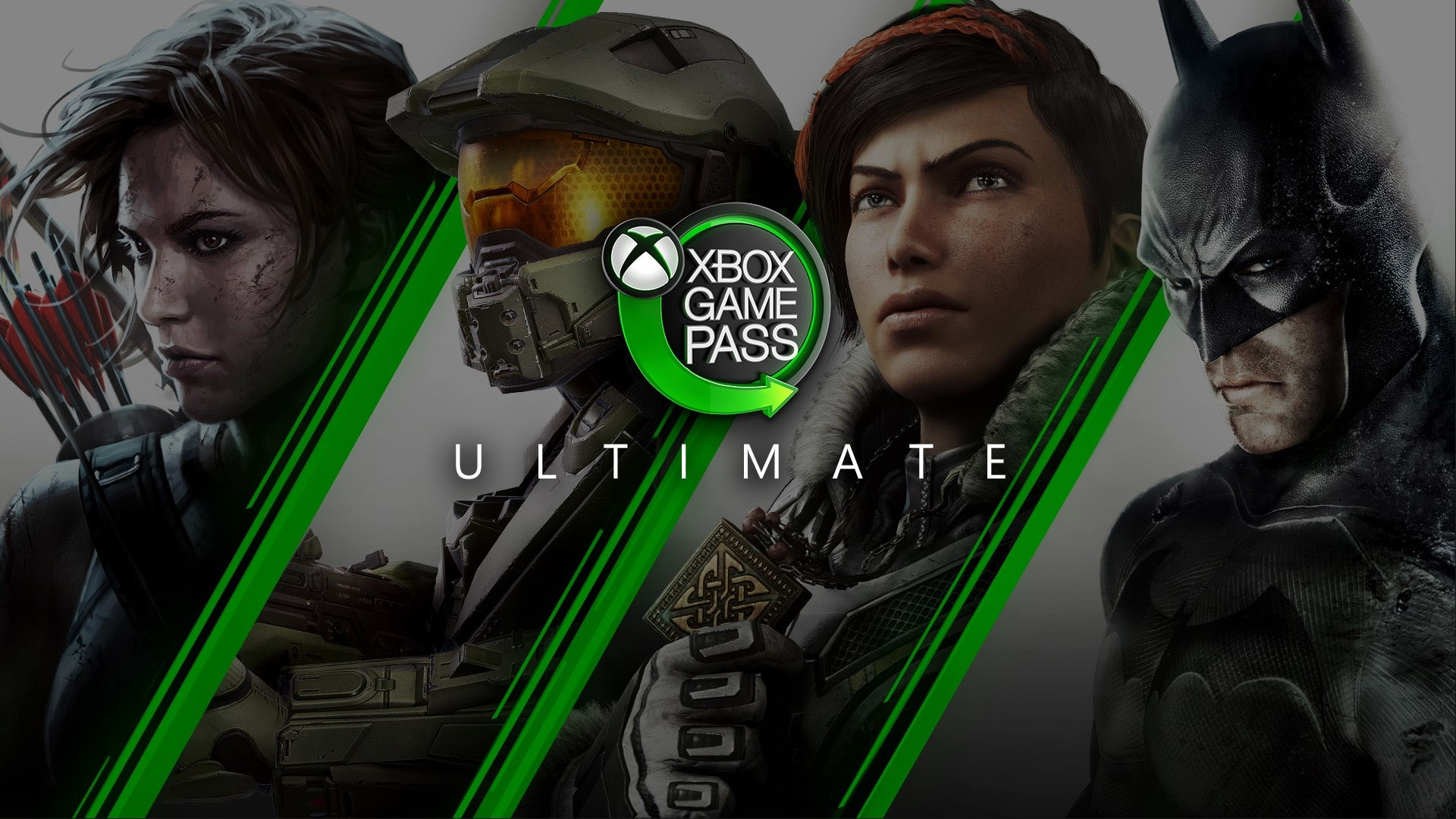 The Xbox Series X is a console of immense potential. Its core design, features and graphical capabilities are currently unmatched in the console space, but there’s one thing holding it back: new games. It’s hard to say the future is here for Microsoft when most of the impressive features in the Series X are primarily applied to older games. Granted, with so many delays in general, it might be a good idea to revisit older games, and titles such as Gears 5, Sea of Thieves and Forza Horizon 4 are prime choices considering their optimization that give them graphical enhancements, and in a couple cases, upwards of 120fps gameplay options. The controller itself hasn’t received many updates, primarily slight adjustments around the buttons/trigger pressure points, but the dpad is a big step in the right direction. The construction of the console is a personal preference as I enjoy the monolithic design, but it being whisper quiet when playing the most graphically-intense games available is a colossal point in Xbox’s favor, especially considering the last-generation platforms could get as loud as a jet engine. With a huge back catalogue of games that you’re able to play with improvements from load times to framerates, there’s a phenomenal appeal to the most powerful console. Now all we need are new games and the Xbox Series X could very well become the must-have item of the season.