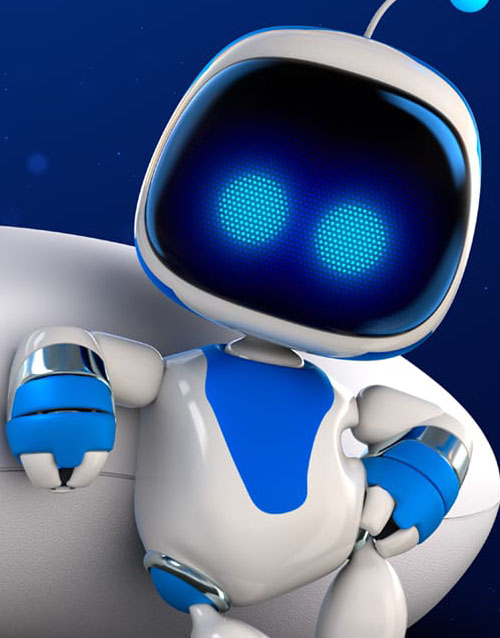 Like with any new console launch there comes a small handful of games that will entice consumers to spend their hard-earned cash, and Astro’s Playroom may very well be one of those games for Sony’s new system. OK, maybe not as paying $499 for a two-hour experience that’s primary goal is to highlight the various capabilities the PlayStation 5 and DualSense controller is not exactly something I’d recommend to anyone, but you shouldn’t overlook what Team ASOBI has been able to accomplish with such a project. This is a completely free game you get from simply purchasing the PS5, and what a value it is. It may not take all that long to complete, but it’s a full-fledged platformer that does elements better than full-priced titles. With so few true exclusives for either of the new consoles, it’s nice to see something readily available to every person who picks up on a PlayStation 5, and one that ends up being a trip down memory lane. It’s no Sonic the Hedgehog, but ignites the concept of packed-in games once more.

Astro’s Playroom doesn’t necessarily follow a story, but instead takes you inside the PlayStation 5 — literally. You will be traversing through the GPU Jungle, Cooling Springs, Memory Meadow and SSD Speedway and conquering various challenges along the way. As their names suggest, these are areas in the world that focus on specific components of the new console. So for example, GPU Gungle is a literal jungle with a lot going on visually, while at the same time highlighting the pressure sensitive triggers and partially the gyroscope. Cooling Springs is all about the adaptive triggers as we go through water and ice-based worlds, as is the SSD Speedway which you’re thrown into space and tasked with avoiding deadly obstacles. Lastly, Memory Meadows is more of a traditional platformer that’s more focused on the touchpad than anything else. All of this comes together in a surprisingly diverse and enjoyable adventure. There’s even time trials which are uniquely designed based on the various levels you’ve played, allowing you to test your platforming prowess against friends and fellow PlayStation 5 players online. 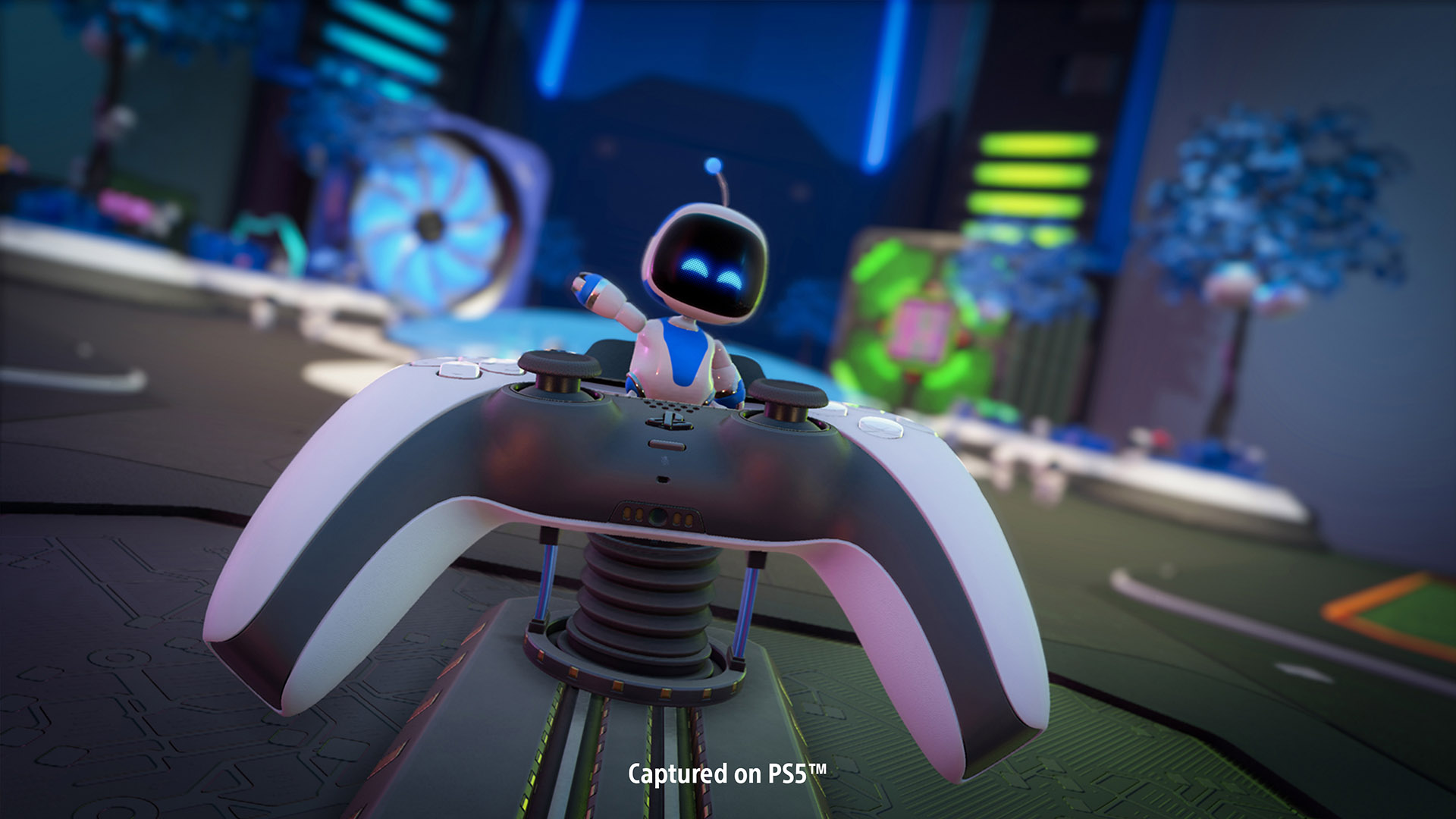 This is a short experience, with each of the areas spanning anywhere between 20 and 40 minutes in length. Overall, it took us just over two hours to complete, but it’s the experience you have along the way that makes it worthwhile. This is entirely a nostalgic trip for PlayStation users, spanning all the way back to 1994 with the first PlayStation console. There’s a ton of different references to PlayStation-centric titles, such as Silent Hill’s Pyramid Head and the Resistance skull. You’ll also find various artifacts in the world and puzzle pieces that will complete a beautiful mural showcasing the last twenty-six years of PlayStation. The developers went to excruciating detail in crafting each of the artifacts, as they come in the form of PlayStation systems and accessories, such as the PlayStation One LCD Monitor or the PS2 Multitap. Finding and seeing the various artifacts pop up on screen will invoke an immense level of nostalgia, especially for someone who grew up with them, and it helps that each is interactive in some way, be it through the model viewer or in the PlayStation Labo room.

Unfortunately, Astro’s Playroom isn’t perfect. It’s an enjoyable tech demo, but there are elements of it that standout as frustrating. The primary culprit is the gyroscope sections as they are easily the worst part of Astro’s Playroom. Motion control is not inherently bad, especially when it’s done well, but the DualSense isn’t perfect all the time and can lead to some unfortunate deaths. It doesn’t help that the levels require a certain level of precision to complete. It doesn’t necessarily make the game hard by any means, but it just isn’t as fun as the other mechanics and will make you want out of the stages as fast as possible. The touchpad controls sections are also not all that precise as sometimes the camera can be ill placed for how you’re moving your finger along the pad, but then again they’re not too bad and most of the areas are open and not all that punishing. 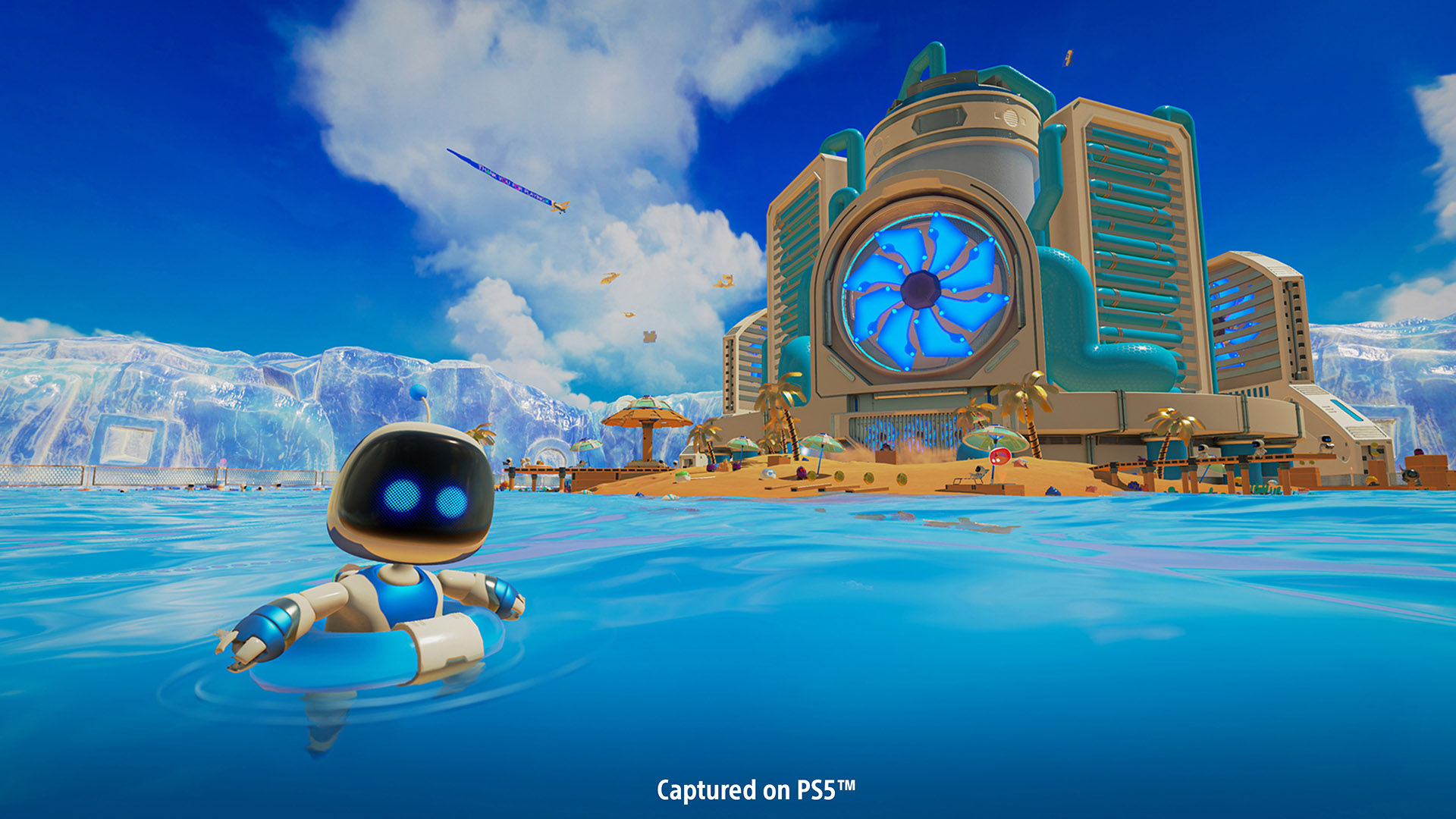 Astro’s Playroom is an irresistible delight. Going into it, I thought it was just going to be a short tech demo, and while that’s partially correct, it’s more than meets the eye. It’s overflowing with PlayStation nostalgia that ’90s and ’00s kids will get an absolute kick out of it. Even then, this is a competent platformer that perfectly demonstrates the PlayStation 5 and DualSense’s capabilities. It helps that Astro is adorable and a fantastic new mascot for the PlayStation brand that will get even more attention moving forward. There are areas that don’t live up to the rest of the game, such as the gyroscope section, but this bite-sized two-hour experience will have you excited to see what future games will implement. Not bad a packed-in tech demo that disguises itself as a game.