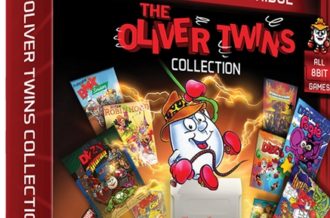 Signature Edition Games has carved out a comfy little niche for itself, putting out nice but not ostentatious physical gaming.  Its titles come in uniform packaging with a reasonable amount of extras, striking a good balance between the deluxe treatment and standard.  It’s not a bad setup at all, but sometimes the formula needs a good shakeup.  Dead Cells: Prisoner’s Edition is a huge departure for the line, featuring a super-deluxe collection of extras in a massive tin box, going for the full top-shelf treatment.

Technically this is the second go-round for Signature Edition doing Dead Cells, but a lot has changed in the two years since the initial version was released.  For one, Signature Edition had a major upgrade in its packaging, switching from the smaller “stuff in a carboard box” format to its current Sierra-style presentation.  Dead Cells also saw a huge pile of updates in addition to both free and paid DLC, all of which is included on disc or cartridge.  There’s been more than enough activity to justify a new version and Signature Edition went far beyond the extra mile to make it a special one.

First off is the box itself, which is substantially larger than normal.  It’s an imposing package at 9 7/8″ x 11″ x 5 5/8″, with a cardstock slipcase around the black tin box inside.  The lid comes with an embossed Dead Cells icon on the cover and logo painted on the sides.  Thankfully it also comes safely shrink-wrapped, for those times when underestimating the strength of the waves at the seaside. 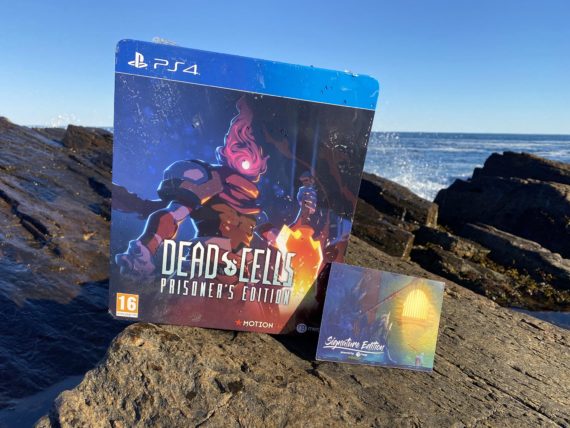 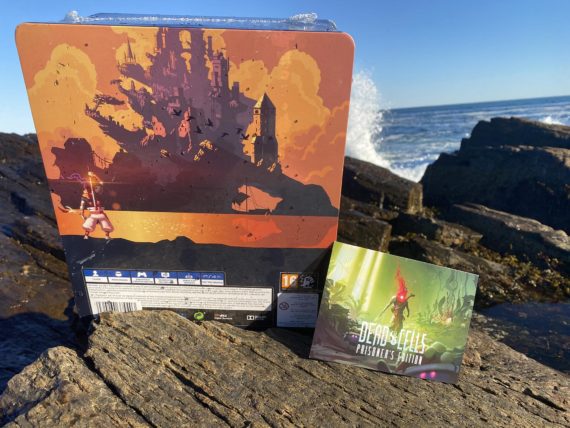 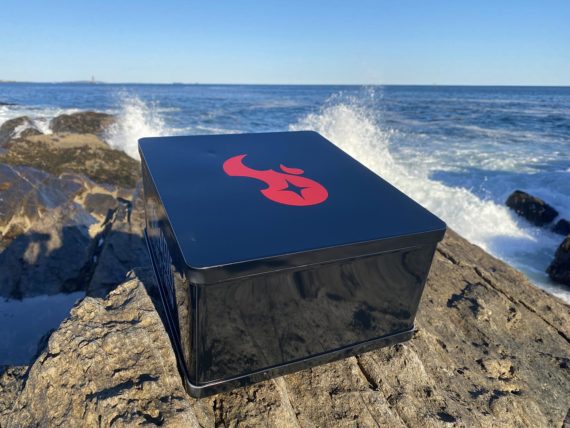 Popping open the lid on its hinge reveals the items inside, with the case being deep enough that the game is inserted spine-up. Starting from the top is the bright-orange single, a track on each side, with the record sleeve decorated with game art.  Underneath that is two single-sided prints, one being the numbered certificate and the other depicting the prisoner having a bad day.  Finally comes a set of four metallic-finish stickers, suitable for decorating the most important of notebooks and also maybe a bit light to try to take pictures of in the ocean breeze. 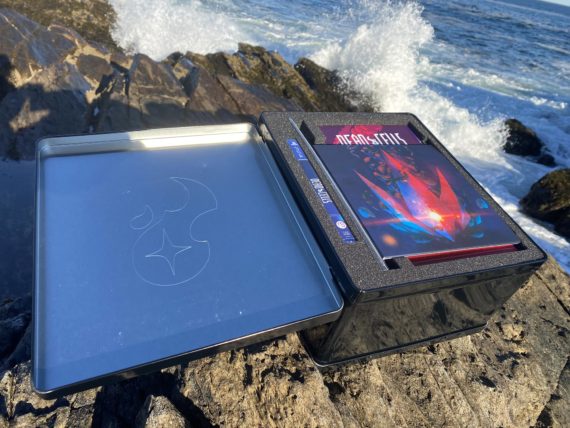 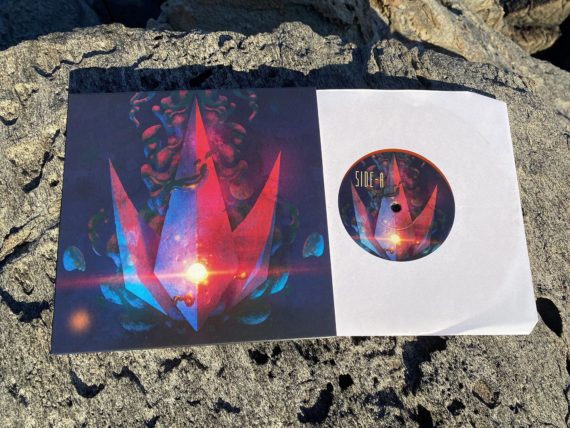 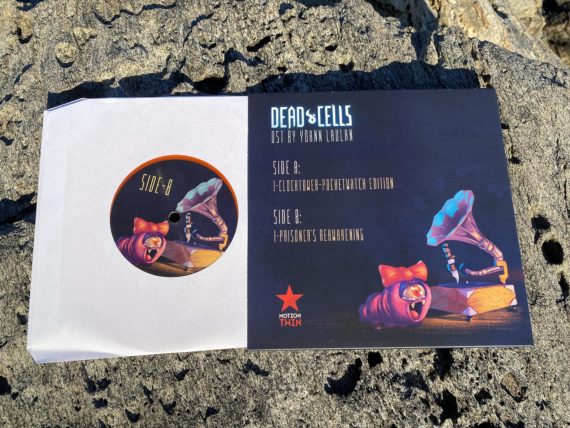 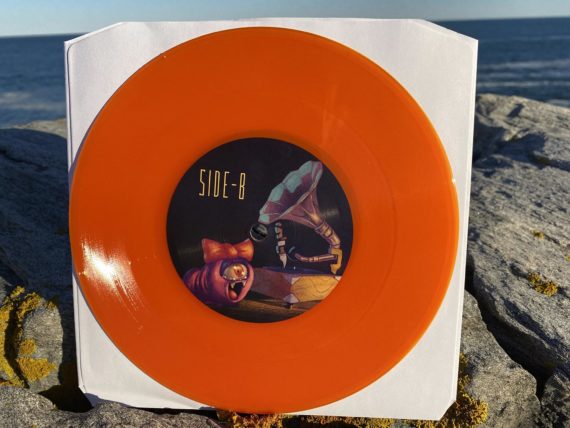 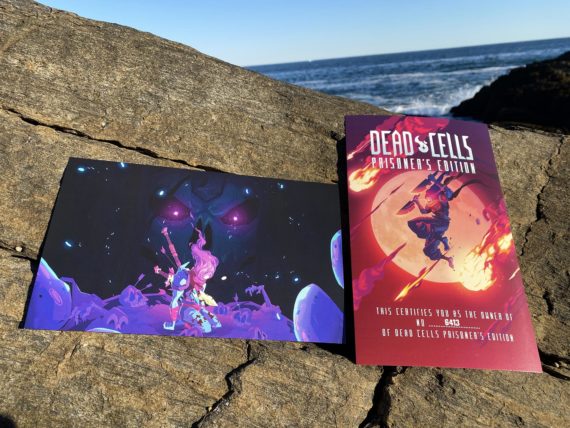 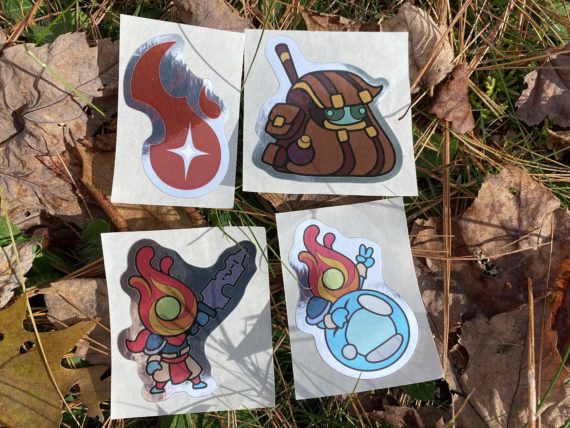 Stuck into the sturdy foam packaging are a set of three super-cute pins, two of the Prisoner and the third of the Collector, all conveniently placed on a backing board to keep them organized.  Beside them is the game, which is almost easy to overlook what with everything else inside there.  This is the Action Game of the Year edition, identical to what you’d receive if you only wanted the game rather than everything else inside the Prisoner’s Edition box.  It comes with a reversible cover, mini art pamphlet and chibi-Prisoner keychain. 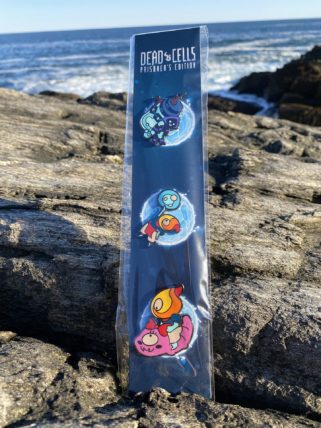 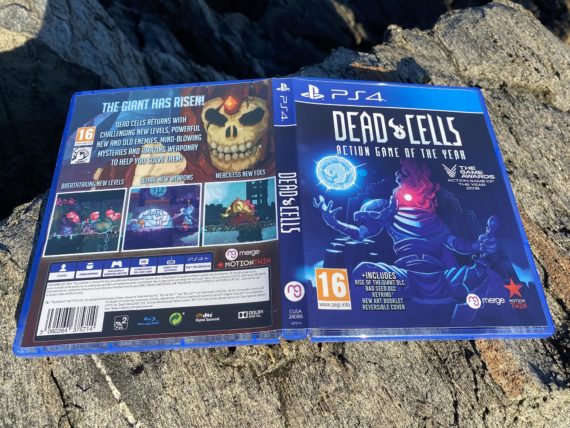 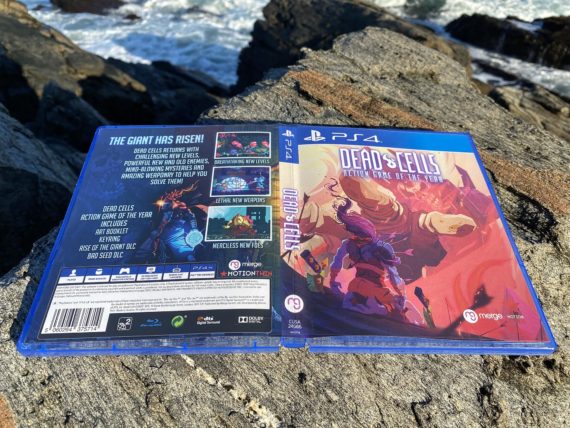 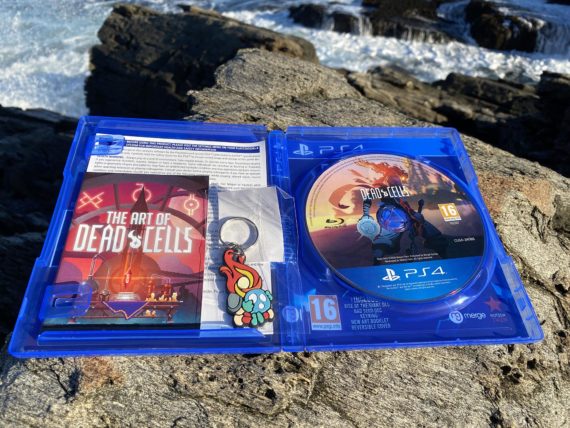 Usually the game is the star of the show, but Dead Cells: Prisoner’s Edition gives equal billing to the statue that’s the reason for the packaging being so thick.  The hand-painted PVC statue is 8.5 inches tall and nicely detailed, with solid blocks of color that pop and subtle shading only where necessary, such as the seam of his pants.  It’s almost a cartoony style, but makes every feature stand out rather than get lost in a mass of detailing.  While the sculpt is primarily smooth lines it doesn’t stint on the detailing where necessary, such as the Prisoner’s freakishly long-toed feet.  It’s also worth noting the box holding the statue is easily reused, and I’ve taken the Prisoner out of his packaging several times without any issues putting him back exactly as he was before. 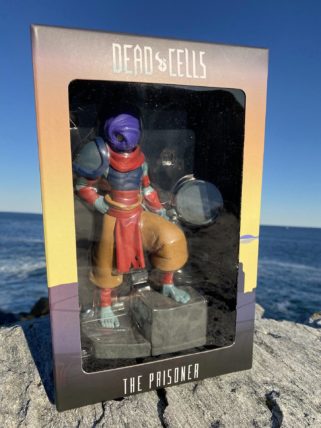 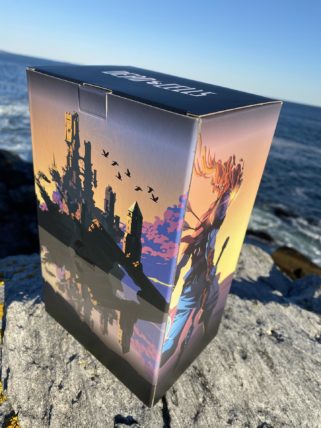 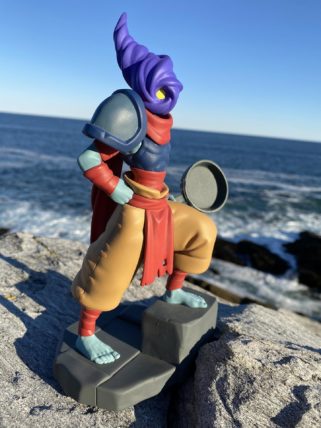 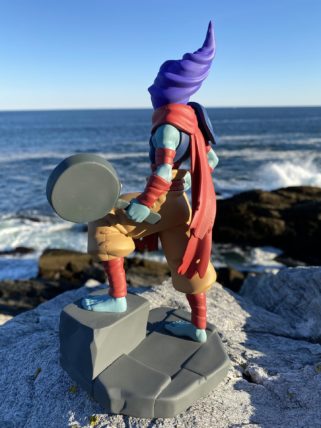 Finally, separate from the box, is the presell collector’s coin, free to all who bought in advance.  This is much larger than Signature Edition’s normal presell coin, which is a bit bigger and twice as thick as a quarter, and instead measures a good 2 3/4″ across and weighs over three ounces.  I’ve no idea what kind of vending machine would take that kind of change but would love to see what it dispensed.  It’s also worth noting this specific coin shows some scuff marks that weren’t there initially, and it turns out taking pictures on jagged ocean rocks should be approached with just a little more care. 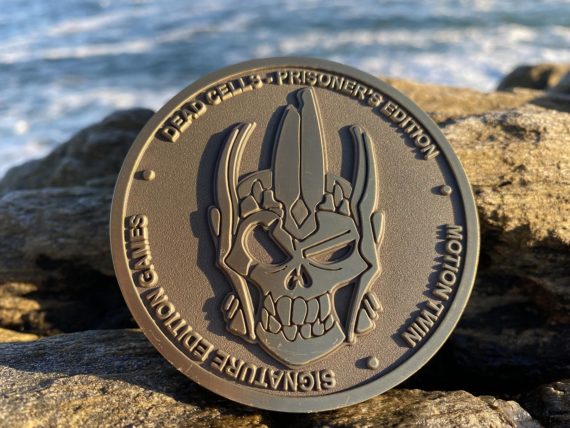 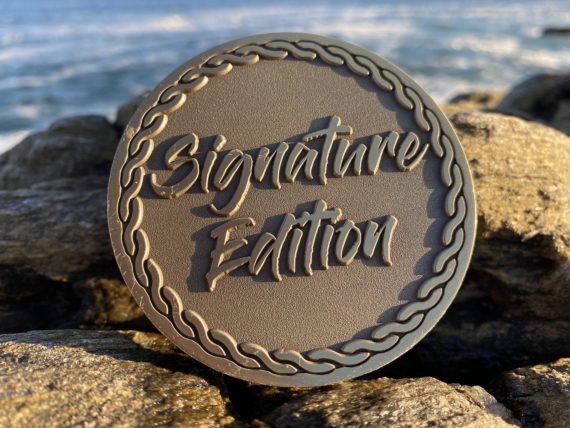 Dead Cells: Prisoner’s Edition is the first truly deluxe package from Signature Edition Games, but hopefully won’t be the last.  While it’s obviously more expensive than the standard Signature Edition, which averages $15 over the base version, the statue by itself sells for $49.99 so the Prisoner Edition’s $105 price tag makes sense.  It also doesn’t hurt that this is a handsome collection, expertly packaged, giving the modern-day action-roguelike classic its best version yet.  Dead Cells was excellent when it came out and has only grown since, starting from a 2017 Early Access launch and still being updated today.  Admitted, that means the newest update, Barrels o’ Fun, isn’t there, but it’s a free automatic download and this is still the most complete version possible.  Dead Cells has had an incredible run so far and Signature Edition Games’ Prisoner’s Edition is by far the nicest possible way to own it.