Kenny Omega took the stage on November 10 to run through the company’s history over the last two years, and thanked the fans for helping the fans during this tough time for any company. He talked about wanting to be a part of the AEW Games division because he wants to play the kind of wrestling game that fans want – it should be fun, easy to pick up, and tough to master. He wanted an NBA Jam, an NFL Blitz, and gave us an early glimpse of a silly game which should make for a nice web game one day. He said fans wanted a No Mercy or Virtual Pro Wrestling-style game. We got to see footage of Omega facing Jericho before facing the AEW women’s champion Hikaru Shida, with Yuke’s being used as the dev team and a quick clip of Red and Green prototypes known as CAW placeholders for many SmackDown games over the years as the Young Bucks did the Meltzer Driver. 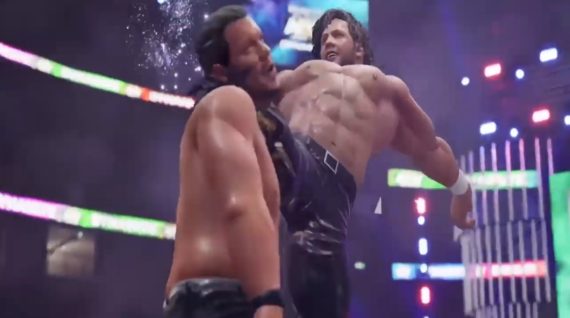 Aubrey Edwards shows up dressed like Kenny Omega and says she wanted to make the best mobile wrestling game. We get WCW Nitro on PS1-style videos with AEW Elite General Manager. Kenny says he has JUST ONE MORE thing before Dr. Britt Baker, DMD shows up also dressed like Kenny as a Dentist and Fashion Icon according to her graphic, and she wanted to be in control of the game t-shirt. She talks about the essential steps for a top gaming shirt being holes for a head and arms, cotton, and a logo – with the AEW Games logo being featured. 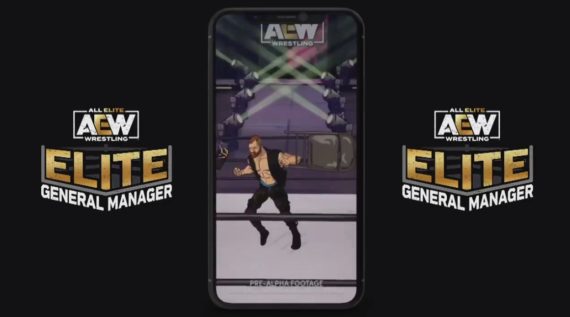 AEW EVP Cody Rhodes came in also in jeans and a long black shirt and says he had to be made the head of AEW Games but Tony Khan said no because he didn’t know about games. He then announces that while these are in development, the fans need something NOW in the form of AEW Casino: Double or Nothing.  He throws to a video of Kenny and the Dark Order playing games in a casino before Cody does muscle poses in a long shirt. 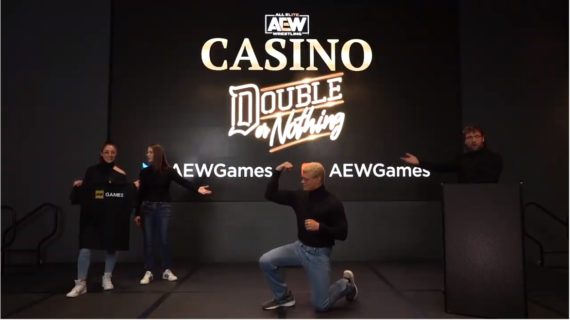 Kenny says they’ve teamed with Yuke’s Japanese and American offices to craft the best wrestling game experience. They have recruited the legend behind Virtual Pro Wrestling and No Mercy – Geta-san! Hideyuki Iwashita  will be working on this project and was the director of those games many years ago. The big key here is that they have someone who knows how to craft a deep wrestling experience and one that plays like a game of its time should. The footage shown was quite promising when it came to animation and retains the more natural-flowing counters from move to move that the Aki engine games were known for. Time will tell how the final product is, but so far, AEWGames is on the right track with their full-fledged console game and has two products in story for mobile fans as well.