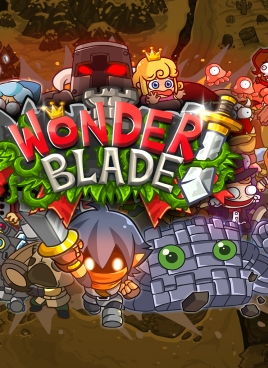 The 30+ year history of beat-em-ups is a rich one and we’ve seen a modern-day renaissance in the genre thanks to games like Streets of Rage 4 and re-releases of more recent games like Castle Crashers showing that the long-running genre has plenty of life in it when it’s done well. In the case of Wonder Blade, you have a game that offers up a modern-looking cartoon art style with a lot of the core mechanics of a brawler alongside a few elements taken from fighting games to create a fun game with a lot of charm to it.

Wonder Blade may have a classic genre, but its gameplay is far more modern than I expected going in. Sure, you have the usual walk and brawl style — but the way it’s done here is more weapons-based, and while they may evoke Golden Axe in theory, the execution is completely different. You have a wide array of weapons to use thanks to enemies dropping theirs and allowing you to snag them and wail away. You have your normal weapon-range attack, but also have a magic meter that changes up combat in a big way.

Normally, a larger-scale attack like this in a brawler would take away health — but not so here. In part of the modernization of the genre that works seamlessly with modern game design, a second bar is run down that helps integrate the brawler/RPG hybrid vibe that the devs were going for since you have an HP and MP bar in this in everything but name. This setup allows you to take out foes close by first, but also knock one of them down and then send another foe a few feet away down to help ensure you don’t get hit. It’s a brilliant setup and the speed of the action helps keep things interesting. 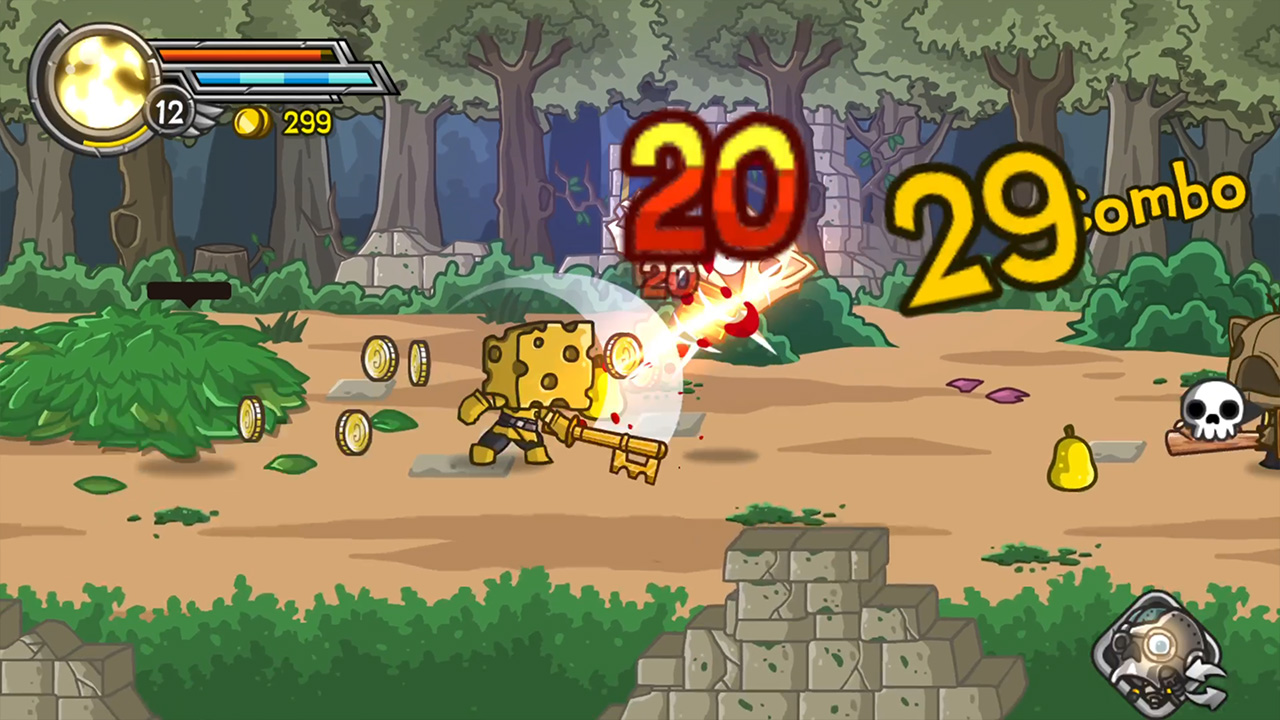 The most fun part about the combat is that you can’t spam the longer-range attacks, so you know you have to still have the core skills of a short-range fighter to excel. Wonder Blade also adds in a nice timing-based mechanic where if you attack a foe at the perfect time, you can take them out in just that one “hit” — but it counts as many different attacks in a combo chain since it leads to you just whopping all kinds of butt quickly in a multitude of ways. Throughout this combo, you may just hack them to bits or just tear heads off. You’re seemingly up for whatever and your weapon of choice will decide whether you do those kinds of things or just bludgeon folks.

The core combat is an absolute riot and with proper skill, you always feel like you’re getting better — but the stat system helps accentuate that even more. Between stages, you can use your earned loot to get new items to change up your look and cash in skill points to gain more offense, defense, improve skills in certain spell types, and just become more well-rounded in general. For the most part, you’ll want to stick with a stronger defense than offense when it comes to stat boosting since you’ll need that buff for boss battles.

Those are especially challenging as you’re battling not only larger enemies, but taking on their minions at the same time — so you have to prepare to be a damage sponge for those. Beating up the goon squad may result in health pickups, but you can’t count on that because they’ll usually just drop coins and while those will help you after the battle, in order to get there, your defense needs to be strong. Fortunately, the brisk pace and usage of an auto-run feature makes evasion easier than it is in most games of this ilk. It’s impressive just how more modern Wonder Blade feels than even something like Streets of Rage 4, which does have more anti-frustration features than its 16-bit predecessors, but still felt like it was outdated in terms of game pacing before it received nice post-release improvements. 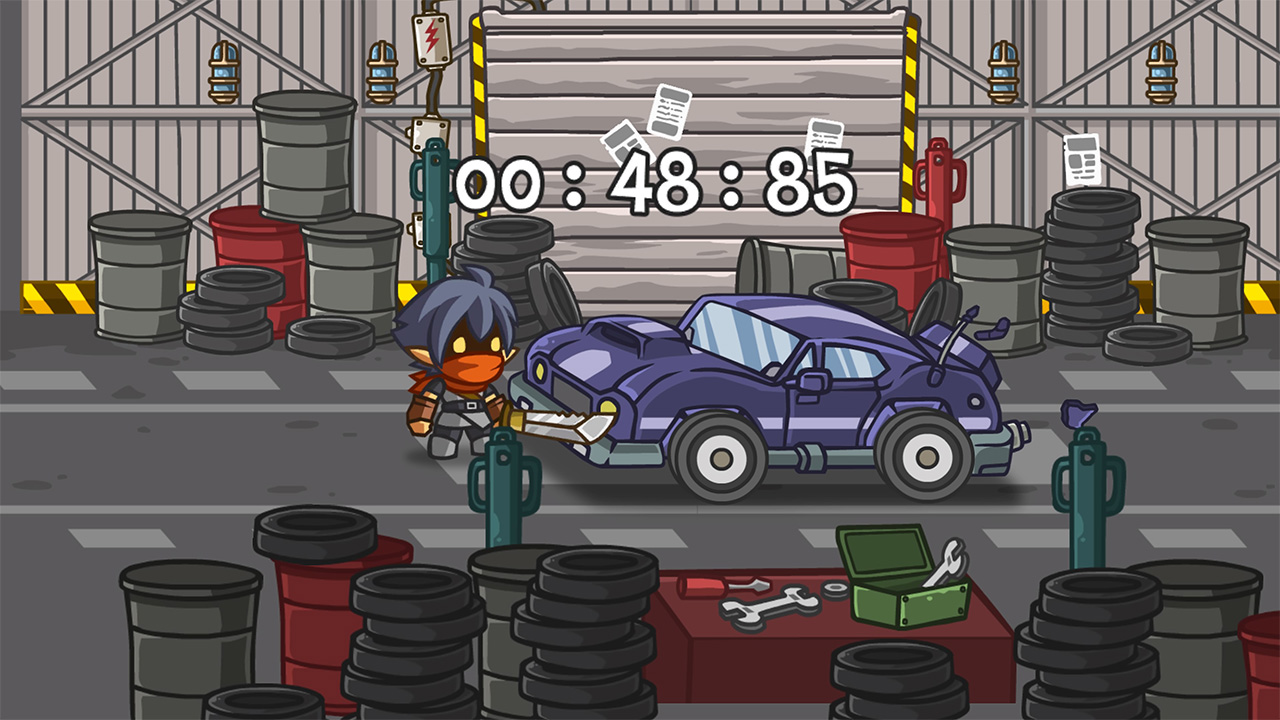 Mid-stage refreshes help change the pace as well. The TMNT games became known for speeder sections in the sewer and Battletoads popularized that whole concept with the speeder bike sections. Wonder Blade does something similar with runner-style stages where you avoid some kind of massive creature or enemy and have to manage the risk/reward scenario you find yourself in. You can take more risks and get closer and generally get more loot or you can avoid the edges of the screen as much as possible and grab things like health pick-ups just in case you hit a wall or get snatched.

In another nod to fighters, you have monstrous combos that you can rack up and flashy finishes result in a Super Street Fighter II and beyond-esque screen flash that helps make you feel like you’re evolving as a warrior. That’s something that’s so easy to miss in a game like this because the general stereotype is that the genre gets old quickly — and it can when not done properly. Thankfully, that isn’t the case here and Wonder Blade has enough meat on its bones to keep players entertained from beginning to end. Even things like bonus stages are back to help mix things up and further the connections to fighting games — especially with direct homages to Street Fighter II’s mini-games that help sharpen your skills and one would imagine given that you’re usually wielding a blade, sharpening your blade alongside it. 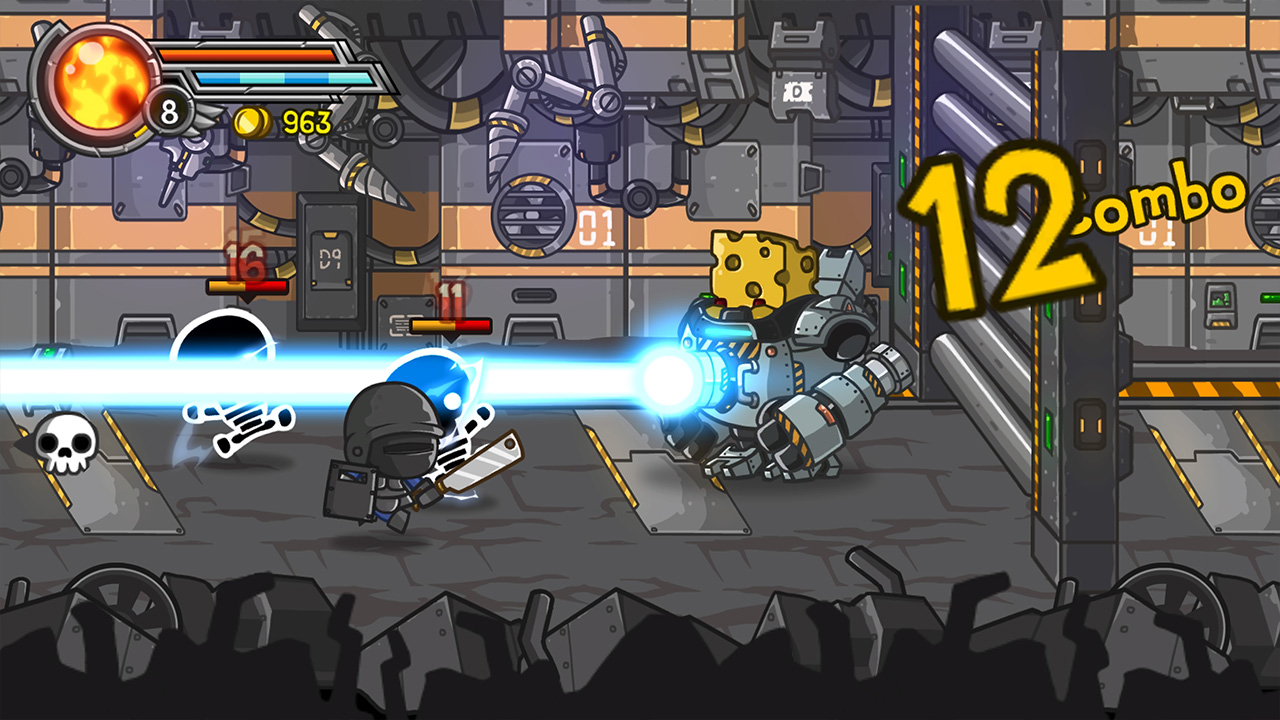 Wonder Blade uses an art style that is right at home with Castle Crashers for more modern brawler fans, although a comparison to the Wonder Boy remake is more apt given its rich black outlines for characters and richly-detailed environments. Despite having a few genres represented here, the animation manages to work nicely for all of them and it isn’t jarring to go from a brawl to a speeder area or even to a side-scrolling shooter thanks to the smoother animation for each section. Character design is also bold, with each major character standing out thanks to their exaggerated design and goofy animations.

Wonder Blade‘s soundtrack may be its weakest point because while it is enjoyable, it isn’t memorable. It’s got a fast pace to it, but doesn’t stand out like so many classics in the genre. Whether it’s Final Fight, Streets of Rage, or even more modern games like Scott Pilgrim vs. The World: The Game, there’s a high mark set for soundtracks in a brawl and this falls short. The sound effects are good though and each weapon type and weapon within that type sounds different, which helps make getting something new and beating foes into a pulp with it that much more satisfying. 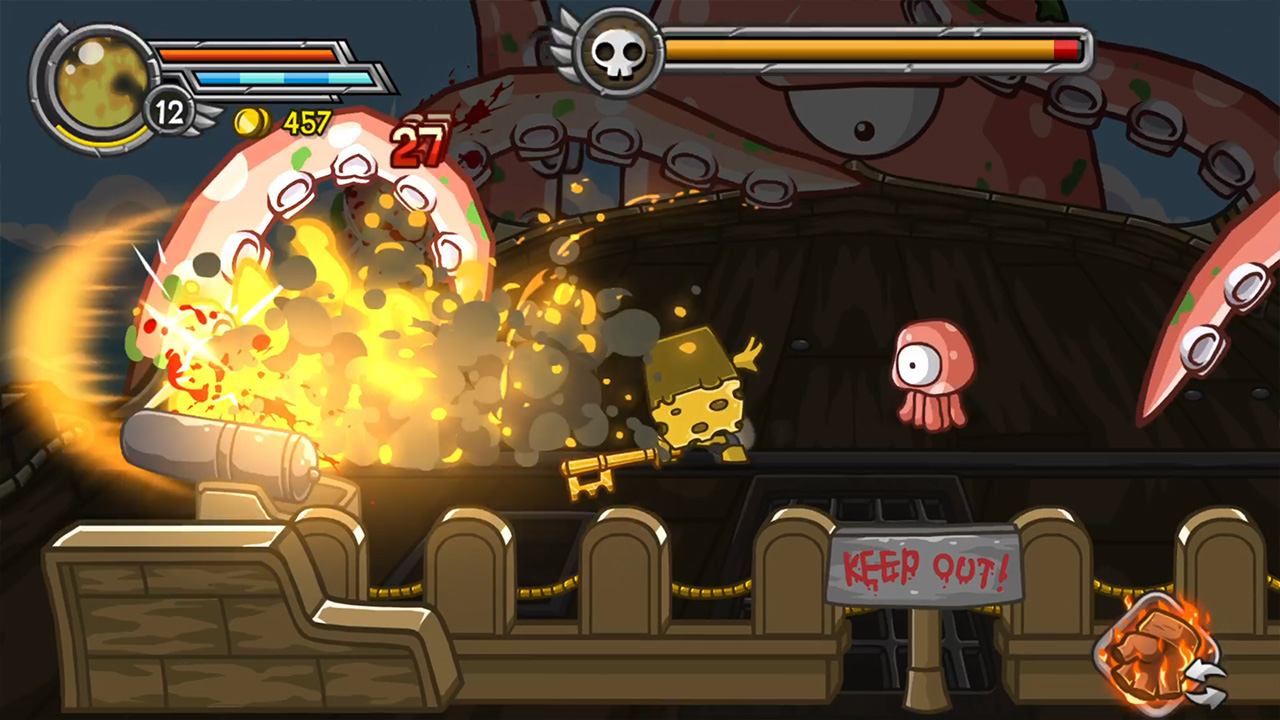 Wonder Blade is a good brawler with a surprising amount of depth given its primary genre. It’s easy to underestimate a new brawler since the genre can be divisive, but this is one of the better modern-day incarnations of it. It’s surprisingly diverse with its gameplay types and ensures that you’re never doing too much of one thing for too long — and doesn’t overstay its welcome as a result. It looks great, but could sound better as its soundtrack is lacking in memorable tunes. Still, it’s a must-buy for any brawler fans — especially if you want something that rewards you with stat boosts and upgrades throughout the adventure.