The Arms Race is an odd new feature to be added into Borderlands 3 and takes place in the Stormblind Complex. This mode fits in the franchise’s sardonic humor and penchant for mayhem but goes against the standard formula for Borderlands. This mode could be described as a roguelike PVE battle royale, which given the battle royale trend makes sense for the game to jump on that band wagon, but it doesn’t fit that well with the game. The player begins the race with nothing and the goal is to collect better and better weapons to get more prizes. The player doesn’t get to keep any of the fancy new weapons and any loot won is deposited in the chest among all their other items. Part of what makes this mode seem so lacking is how none of the vault hunters have access to skill trees, which is especially weird considering new skill tress are one of the more interesting aspects of the Season Pass. This mode can provide entertainment and extends the life of game during the second year of its existence, but it ultimately isn’t all that great.

Conversely, the new skill trees for the vault hunters are fantastic. Amara gets the Enlighted Force tree, which in addition to some buffs unlocks the Phaseflare which is a giant ball of energy that can be modified for different results, making it a fun ability to play around with. FL4K gets the Trapper tree that have the Gravity Snare, which as the name suggests is a gravity trap and is useful. FL4K also gets a robot companion, the Ion Loader which is a cute (by robot standards) robot sporting a sniper rifle. Not to be outdone by FL4K, Moze gets the Bear Mother tree with some Iron Cub mech summons. Zane gets The Professional skill tree that provides him with a MNTIS shoulder cannon. It’s not as exciting as some of the other new trees but does offer the player a chance to experience this vault hunter in a new manner. 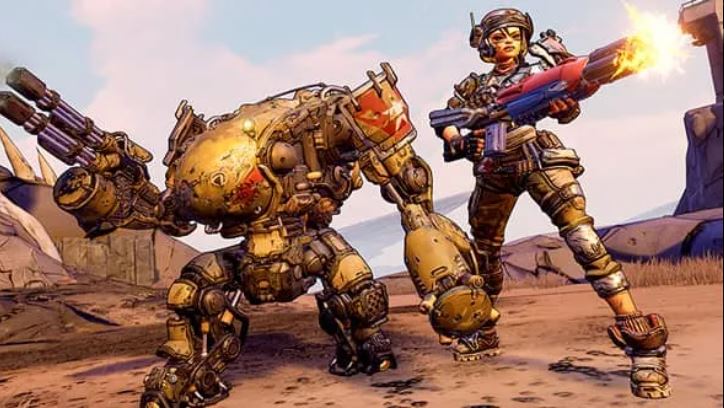 The last addition in the Designer’s Cut is the Multiverse Final Form cosmetics. These offer an alternate look for the vault hunters, re-imagining what they may have looked like should their career paths have panned out differently and they never became vault hunters. The new looks for each character are Commissar Andreyevna Moze, Assassin One Zane, Partali Renegade Amara and Grand Archivist FL4K. The new looks are strictly for cosmetic purposes but a nice addition for those who like playing dress up with their game characters.

The Designer’s Cut is available on its own for $14.99 or as part of the Season Pass 2 for $29.99. The Arms Race isn’t good enough to justify the purchase but the new skill tress for the vault hunters make a strong argument in its favor. FL4K and Moze’s new trees were the most interesting to play. The new skill trees can’t be used in the Arms Race which seems like an odd decision, so in order to experience the new abilities one would have to experience them by replaying the same Borderlands 3, which isn’t exactly a bad thing. The new abilities do put a new spin on the familiar game, but it’s up to the individual if they think replaying Borderlands 3 with a new twist on vault hunters is a worthwhile endeavor.