During a recent video call, EA Sports detailed what to expect for the next generation version of Madden NFL 21. The game will offer a free upgrade for those who purchased the current generation version and will release on December 4. EA is retaining the Frostbite Engine for Madden, which should allow for a more visual push towards realism. What will drive Madden in the next generation is the inclusion of Next Gen Stats. Thanks to the new hardware, the team is able to include a lot more information that can be used to further replicate what is seen on the field on Sundays in the NFL.

Fueled by Next Gen Stats, Next Gen Player Movement will better replicate what players do in real life. The NFL charts individual player movements within inches via sensors that are placed throughout every NFL stadium. This is accomplished through track tags on players’ shoulder pads. What does this mean for Madden? You will now see receivers make run more realistic routes while eliminating the robotic element that has been experienced in the past. Fluid cuts and routes will allow the best receivers in the league to truly get better separation against defenders.

Thousands of athlete data from plays that are captured by Next Gen Stats will feed directly into the Madden NFL 21 animation engine. Running back will be able to better change direction while the bigger bruising backs will further separate from the more agile backs. This also allows for more accurate speed and acceleration rates. To further implement Next Gen Stats, the latest version of Madden NFL 21 will include Next Gen Stats Powered Replays. Much like you will see during the game, Next Gen Stats-powered replays will be triggered by high impact statistical moments. These will be presented in a beyond broadcast-quality replay that is all backed by hard data.

Play calling will be brought to the modern age as well. Calling plays in the next generation of Madden will be more customizable and intuitive. Star-driven play calling will make sure the ball gets in the Superstar X-Factor’s hands more easily while players will get clear feedback on the rationale behind the plays. Players can finally bookmark their favorite plays for a quick reference.

EA has stated that next gen player bodies will better match their NFL counterparts. Whether a player is more chiseled or more on the soft side, this will all be seen in Madden. There will be unique body compositions across all positions. Each player will look, move and feel different with new animations including muscle movement, padding and player uniforms. A new cloth animation will dynamically update the jersey wrinkles based on the player movement. Player faces will also feature more details. This will all help bring Madden to life.

To complete the new look of Madden NFL 21, a new deferred lighting and rendering engine will showcase stadiums based on different lighting sources. There will also be a new day to night cycle that is complete with a new weather engine. Players can expect to see puddles on the sidelines as EA recommends playing a night game in Seattle to truly see what the game is capable of. Sidelines will also see more detailed characters including when the offense is on the field, the defense will be clearly visible on the sidelines and vice versa.

The two expected PlayStation 5 upgrades will be apparent in Madden NFL 21. Blazing fast load times powered by the hardware will have players in the game quicker than ever. Stadium environments will load with unprecedented speed. As for the controller haptics, the DualSense controller will have players feel the impact of passes, catches, tackles, hits and kicks. The responsive haptic feedback deepens the gameplay experience.

You can view the new Deep Dive trailer below for Madden NFL 21 on next-generation consoles. Judging by the amount of information that is being upgraded underneath the hood for the game, I believe that people won’t be able to properly judge the title until they get their hands on it. Seeing the improvements coming as a result of the new hardware will be a gameday experience. On the surface, the lighting and player movement should be highlighted. The game is retailing for $69.99 if you did not purchase the previous generation version. 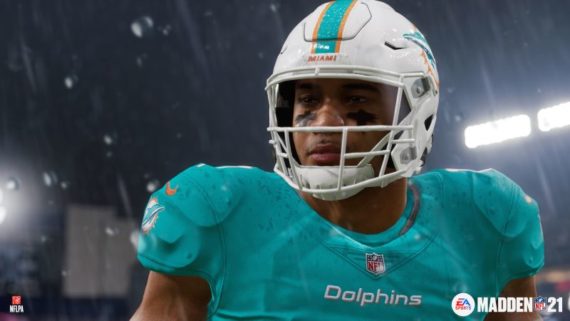 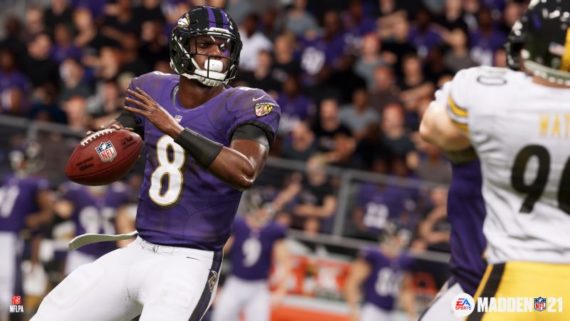 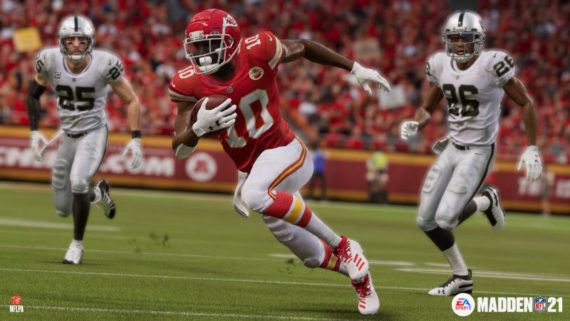 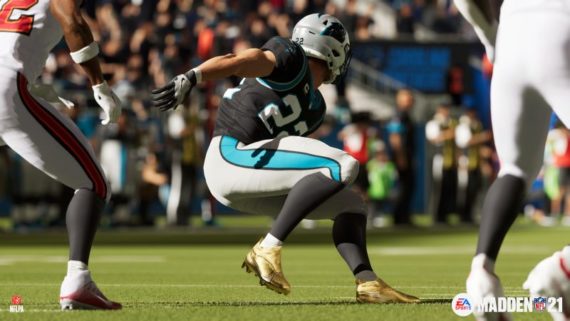