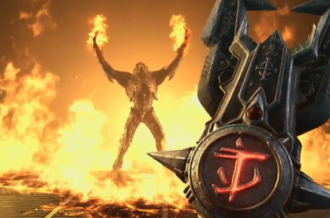 Animal Crossing: Pocket Camp is now three years old, and while the mobile game has certainly since been overshadowed by the release of New Horizons earlier this year, the developers have still been working hard to create interesting new additions. And with this anniversary comes Version 4.0, which brings a notable addition in the form of an AR camera. This allows players to take augmented reality photos involving any villagers that they’ve befriended and invited to their campsite, allowing players to capture their favorite campers chilling around their room and whatnot. Similarly, an AR Cabin mode allows player to actually walk around the cabin that they’ve created, interacting with the villagers within.

These new modes were unveiled during a virtual ceremony with Isabelle and Tom Nook, revealing the results of an online poll where people voted on their favorite villagers in various categories. As you can see below, it wasn’t exactly a shocker that New Horizons’ breakout star Raymond scooped up a ton of awards and tied with Goldie, while Dom, Apollo, and Lucky got in some wins as well. The AR camera modes were shown as surprise at the very end, showcasing their potential. However, for many players, the bigger addition is that the area at the campsite where players can place furniture has been greatly expanded, and now players can replace the camp’s amenities with more furniture, or change amenity appearances. The inventory size for furniture and clothing has also been increased, alongside other additions.

However, this update does come with one major drawback, as Animal Crossing: Pocket Camp now requires either Android 5.0 or iOS 11 and higher, depending on your device. This means some older devices will now be unable to run the game, which is a notable loss for many. Still, here’s hoping many enjoy the new AR camera, and that more unique feature are also planned for the future.