The two keyboards are similar to each other with the main difference being the type of switches they use. The Vulcan TKL uses the proprietary Titan Switch Mechanical whereas the Vulcan TKL Pro uses the Titan Switch Optical. Both switches are fast and durable. The Mechanical switch is designed with a 50 million keystroke life cycle and the Optical has a 100 million keystroke life cycle. Both keyboards feature a detachable braided USB Type-C cable, ergonomic low profile design, mixer style media controls and AIMO RGB lighting. These keyboards, as the name implies, lack the tenkey number pad, making them smaller than full-size keyboards. This is to allow the user more options and freedom with the mouse as they take up less desk space. The keyboards are made from aircraft grade aluminum so it’s durable and sturdy yet lightweight. 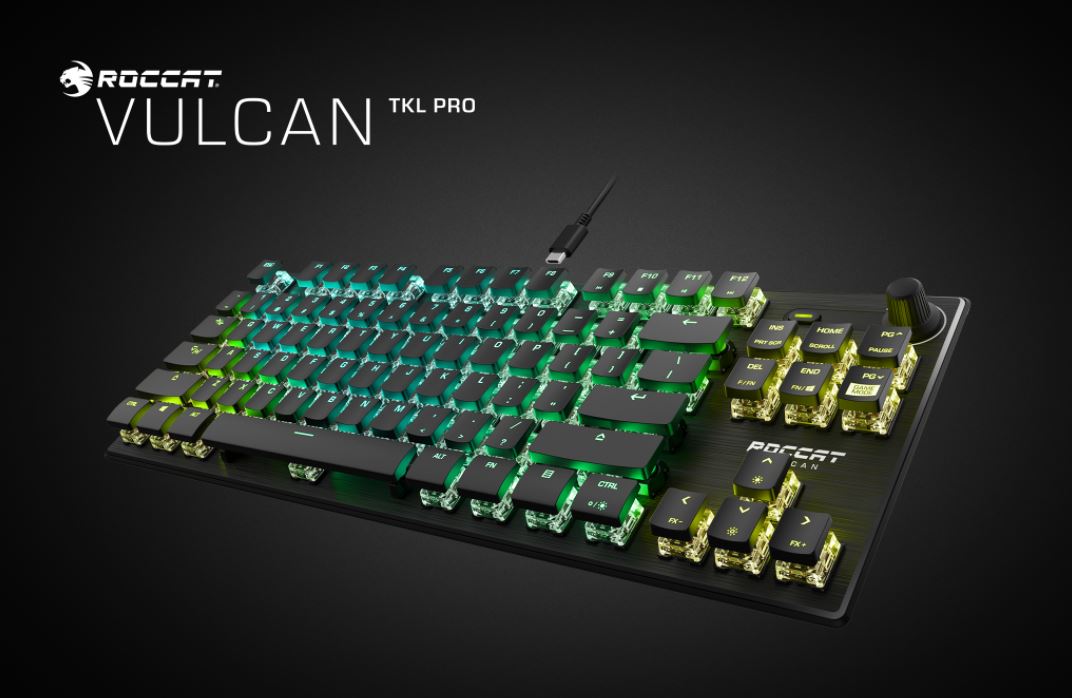 One drawback with mechanical is their signature clack makes them louder than other keyboards. The Vulcans aren’t the loudest keyboards I’ve tried out and once you get used to the sound it’s easy to ignore, but these do make that noticeable clacking sound. The keys themselves are raised to full height which took some getting used to after using a laptop keyboard exclusively for the past several months. The height of the keys was actually something I liked, and this may be a psychosomatic effect, but it felt like there was greater separation between the keys. There’s a nice volume knob which is great, it gives sound adjustment more of a feel like an old fashioned stereo, turning the dial instead of hitting keys to change volume even if it looks as though the plus and minus signs are reversed. The AIMO intelligent light design is a cool feature. Currently my setup doesn’t have other AIMO-enabled devices to take advantage of this, but pairing this keyboard with such devices can have everything syncing up for a lightshow. In the age of case-sensitive usernames and passwords, the keyboard lights up white when capslock is pressed, which is a great indicator to turn it off. That is of course unless you want to make an angry post on social media.

There are a few other features that make these great keyboards for gamers. Activating Game Mode for example locks the Windows key so there is no chance of accidentally hitting and exiting your full screen game. Using Roccat’s Swarm software suite allows to assign a secondary function to just about any key. There are other options too like switching to one of the Vulcan TKL Pro’s different profiles or open up folders and apps, along with setting up macro commands and system shortcuts. 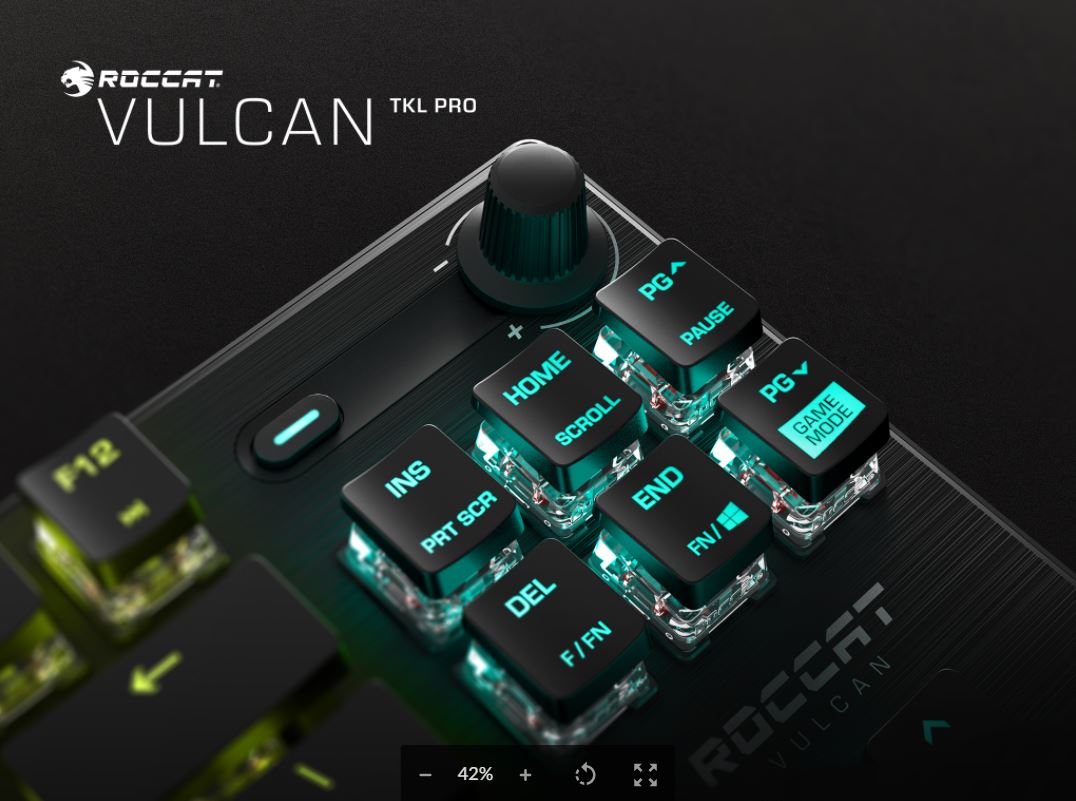 In comparing the two keyboards, I almost feel bad for the Vulcan TKL. It’s a great keyboard, but for thirty bucks more you could get the Vulcan TKL Pro, and with the optical switches being 40 times faster than mechanical ones and the keys have double the life expectancy of its mechanical counterpart, it just seems like the overall better value. But both the Vulcan TKL keyboards are in the upper echelon of mechanical keyboards we’ve tested. The tenkeyless design doesn’t hurt any functionality and it allows for easy travel and storage, along with freeing up desk top real estate. The keyboards feel sturdy enough where even frantic typing doesn’t faze it and the ergonomic design hasn’t led to any wrist discomfort during extended usage. And for those who think the Vulcan TKL Pro sounds amazing but they prefer a full-size keyboard, there’s the full-size Vulcan Pro for $199.99.