There’s no shortage of gaming headsets with countless feature configurations out there. This is known because that sentence has been personally typed in at least a dozen headset reviews this year. Finding the right headset for an individual’s gaming needs can be determined by several factors, based on features, sound quality or simple versatility. The Corsair HS70 Bluetooth is a headset that doesn’t have too many features, but does check the boxes for good sound quality and versatility, making it a good value for the gamer who prioritizes sound quality but also has entertainment needs that extend into multiple platforms.

The HS70 Bluetooth has 50mm neodymium magnet drivers to deliver rich full sound regardless of the platform that’s being used with the headset. The leatherette covering the memory foam earcups looks sophisticated and are comfortable to wear, but they do heat up rather quickly, which may be a drawback to people who are prone to easily overheating. The headphones feature a metal grill design on the exterior, giving the headset an interesting design to help distinguish it from most of the other headsets on the market. The microphone’s sound quality is good enough, though the movement of it is rather restricted due to the inflexible nature of its design. It’s also more a pain to remove and reinsert than it probably should be. This isn’t a huge issue, but it’s a design choice that could be improved in future headset designs.

The HS70 Bluetooth is useful for many devices. It can connect either through the 3.5mm standard headphone jack input or through a wireless Bluetooth connection. The Bluetooth connection is only for PC, tablets and mobile devices, but the universal 3.5mm works pretty much universally with any device that has the appropriate jack. The headset is charged through a USB Type-C cable and has a healthy battery life of 25 hours. Being able to use the headset with just about any game console and Bluetooth-supported device makes this multiple solution headset for a relatively low price compared to some other headset options. 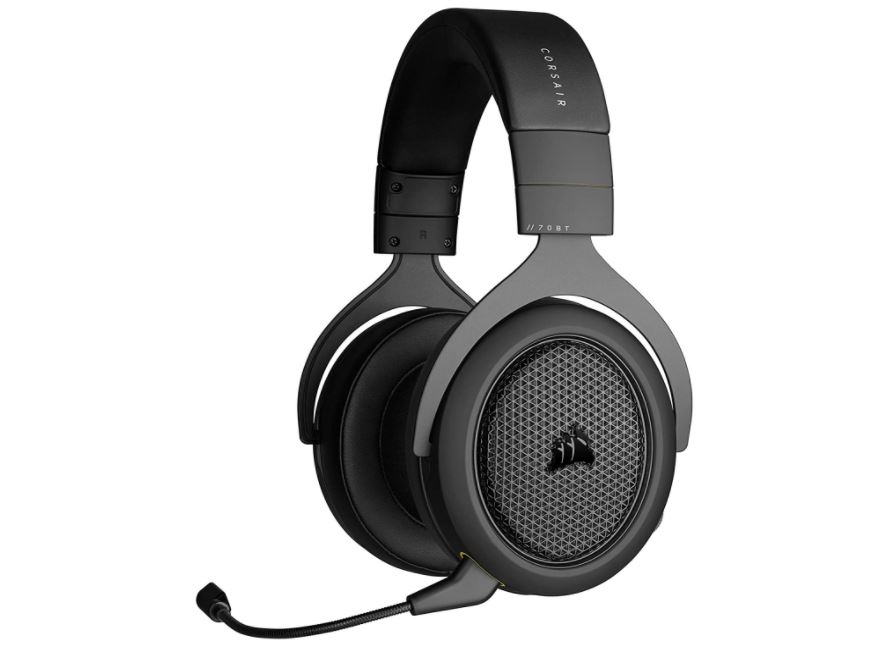 The biggest selling point for this particular headset is for Switch users that enjoy multiplayer games. For whatever reason, Nintendo didn’t implement the easiest-to-use chat feature when they designed the Switch, forcing users to use a smartphone app if they want to communicate with the other players. The HS70 Bluetooth allows the user to listen to audio from the 3.5 mm input concurrently with using Bluetooth audio. This allows players to use the headset for Switch game audio while using the Switch chat app. Using the two audio sources at once works surprisingly well, and achieving the perfect blend of chat and game audio wasn’t difficult due to being able to adjust the headphone volume and phone Bluetooth volume separately.

The sound of the HS70 can be further customized through the iCue software. This allows users to create custom EQ settings for different users, specific games or just general media such as movies or music. The software allows users to switch between stereo and virtual 7.1 surround sound using Windows Sonic, which the difference comes through well through the HS70 Bluetooth. Whether using the customization through the iCue software or just using the stock sound that’s provided when using the headphone jack, the sound quality of the HS70 is impressive, especially for the price point of $99.99. Chat and game audio is properly balanced and mixed so players using this headset can clearly communicate with their teammates while enjoying every sound effect and musical note their games have to offer in high quality. A feature that always adds value to gaming headsets is how well it works with other media besides gaming, and the HS70 is great for listening to music, allowing every song to sound rich and full without any one frequency becoming overpowered. 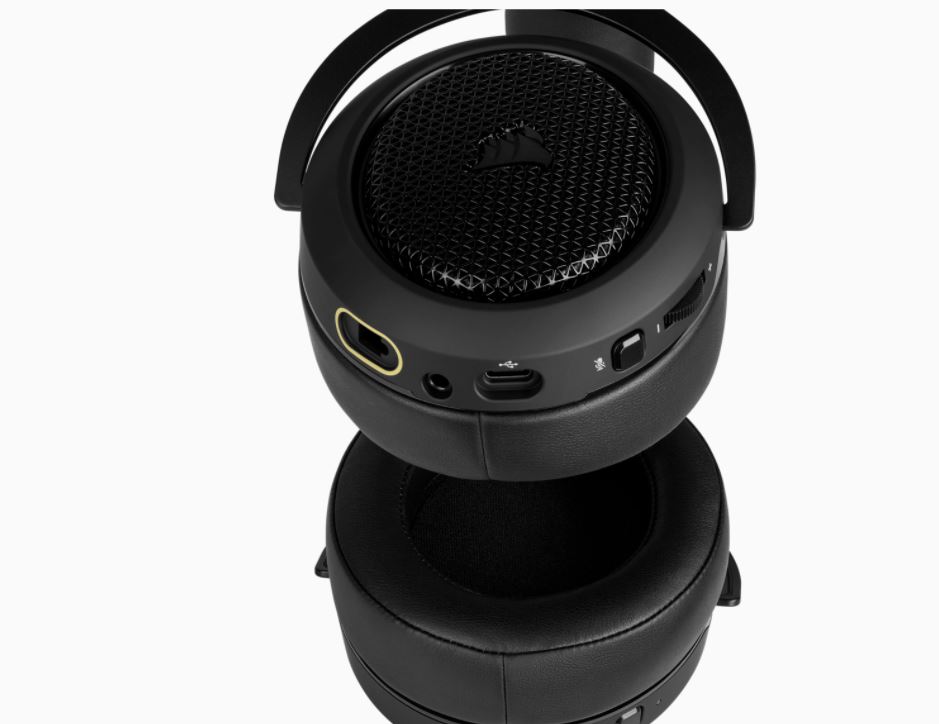 Outside of the headset getting hot to wear over long periods of time and minor criticisms about the mic’s design, there isn’t much negative to say about the Corsair HS70 Bluetooth. Its lower price point has it missing some features that are on other headsets, but the sound quality does punch slightly above what one would expect in the $99.99 weight class. The ability to use this single headset to get good sound quality on multiple devices is one of the major points that makes it a good value. The one group of people that this headset should be most recommended to, however, are Switch players who enjoy online multiplayer as the simultaneous use of Bluetooth and wired audio solves the Switch chat complication dilemma.