Panic Button’s resume includes doing the impossible: getting PS4, Xbox One and PC games to run and play decently on Switch. The studio has done technical wonders, bringing the likes of Doom 2016, Wolfenstein II: The New Colossus, and Warframe to Nintendo’s underpowered console-handheld hybrid. It’s been an impressive train ride, but there have always been heavy compromises to get those games working on Switch. Their latest target: Doom Eternal, which was announced back in 2018 as arriving day-and-date on PS4, Xbox One, PC and Switch. While the game launched in March 2020 on PS4, Xbox One, PC and Stadia, the Switch version was delayed for additional development. Now, the Switch version of Doom Eternal has finally been released. Have Panic Button pulled off another miracle or should Doom Eternal on Switch be sent straight to the ninth circle of hell?

Doom Eternal is a good first-person shooter. While fans can argue whether it or its predecessor was the better game, no one can deny that id Software managed to create the best shooter of 2020. The Switch version retains the core essence of the game, including story, levels and gameplay. On paper, it’s a direct port of the Doom Eternal experience. In action, though, Doom Eternal’s transition to Switch is messy and it’s hard to justify picking up this version over any of the others. 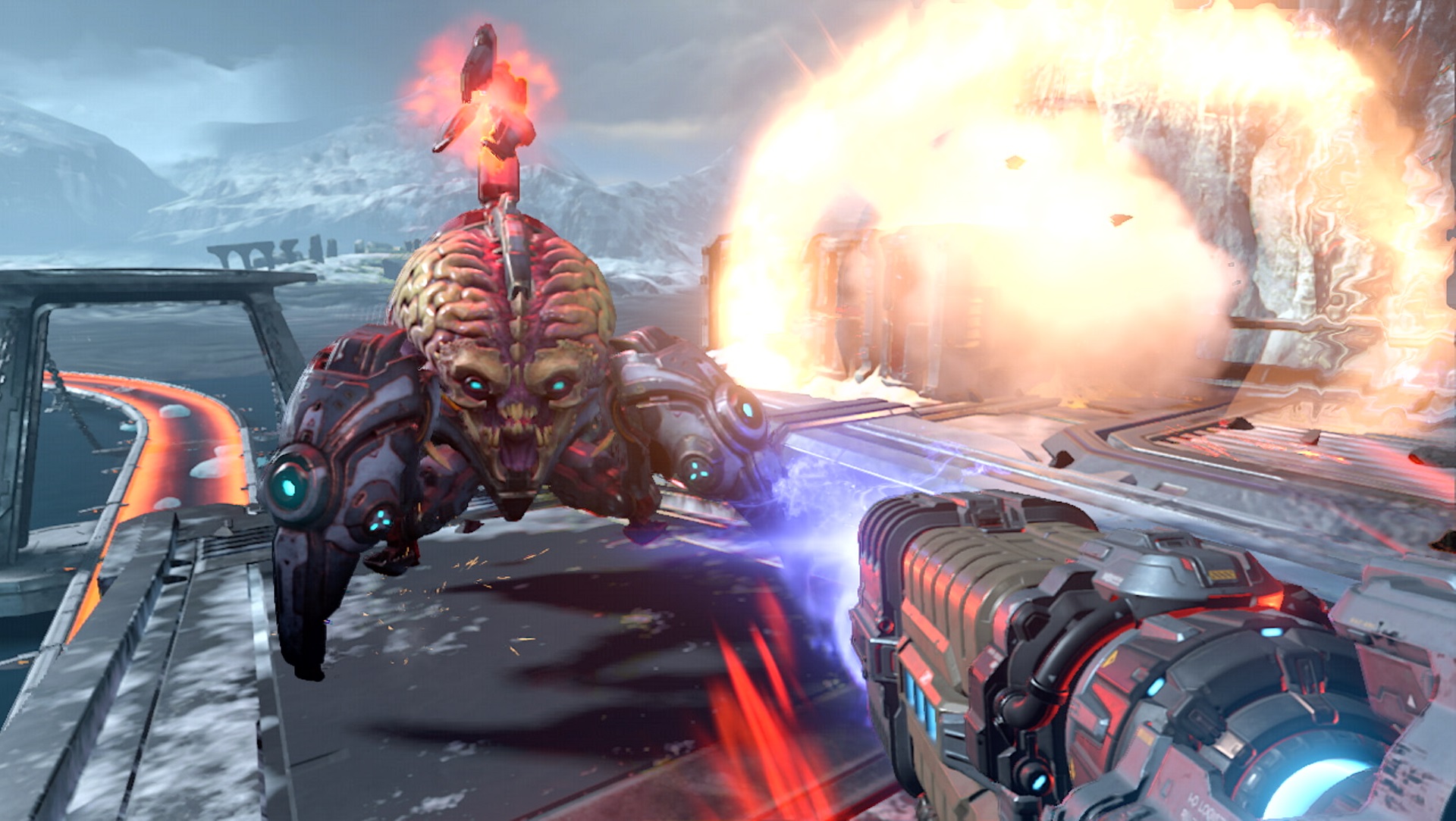 It’s still Doom Eternal, but it’s obvious where Panic Button had to make sacrifices to preserve the core experience. The game retains that fast and frenetic gunplay, resource management and reflex-heavy movement that made it such a hit back in March. The satisfying ‘Doom Dance’ is still prevalent, and you’ll be ripping a wide array of demons apart, but the game is full of compromises.

To Panic Button’s credit, Doom Eternal manages to retain a solid 30fps during gameplay. That’s down from the 60fps and beyond found in the other versions, but in line with Doom 2016 on Switch. In fact, the game turns in a much smoother performance than its predecessor in most areas. While the gameplay runs smoothly, it does take a noticeable hit in cutscenes. That smooth framerate in battle also comes at the sacrifice of graphical detail. 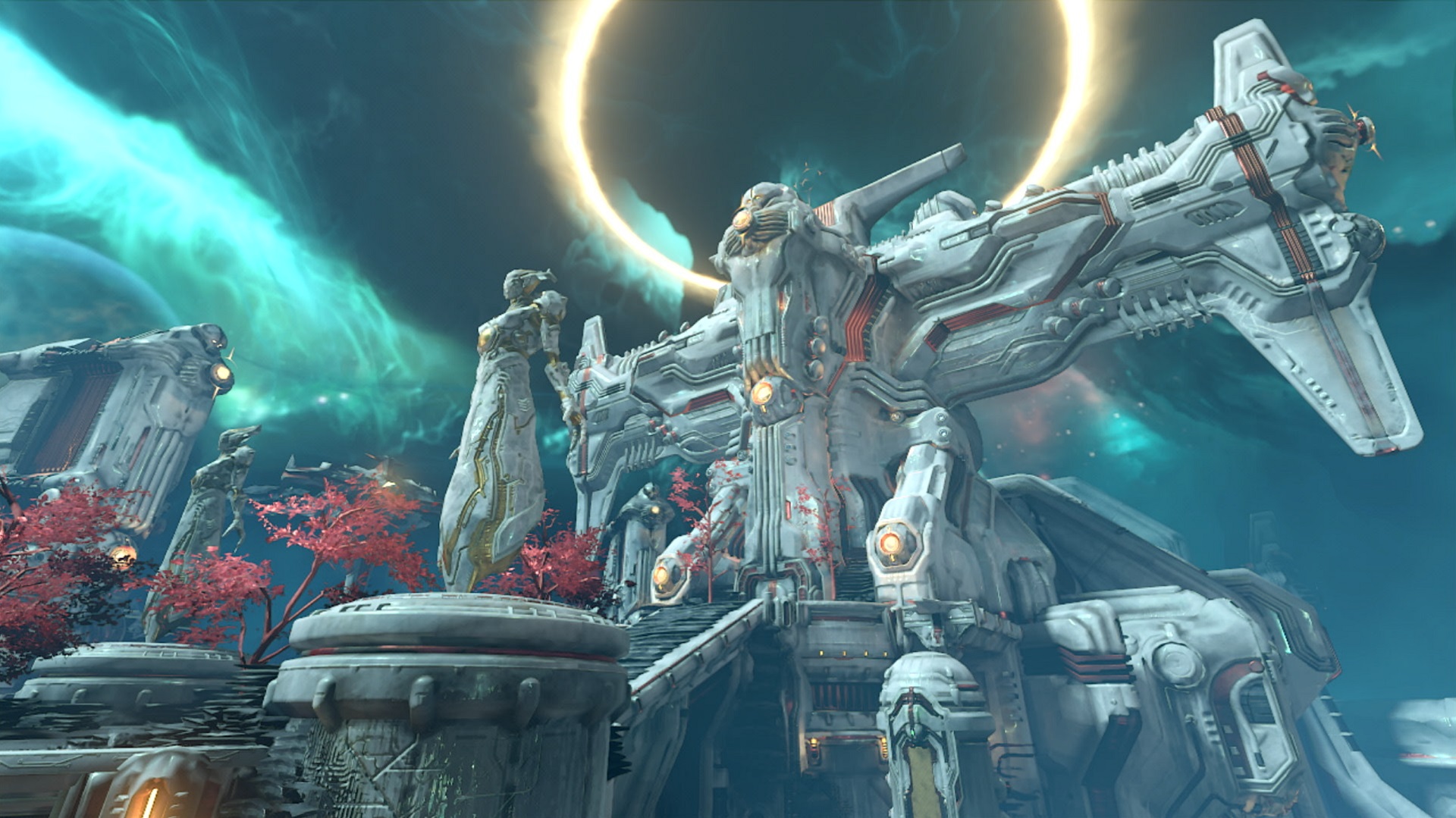 While Doom Eternal on Switch features the same artistic vision as the other versions, it technically cannot keep up. To maintain that framerate, the visuals take a massive hit, with the resolution fluctuating wildly. The result is that the game looks visually muddy the majority of the time and looks especially rough on large TVs. If you can play it handheld or tabletop mode, the presentation’s muddiness isn’t that noticeable. Also, try to play the game with a Switch Pro Controller. If you must play with the Joy-Cons, then turn on gyroscopic aiming as that’ll help make up for the Con’s poor range of motion.

Doom Eternal arrives on Nintendo Switch without the first of two DLC expansions; The Ancient Gods – Part One. It will come to the platform at some point in the future, but it’s unfortunate it wasn’t available day one. While some may be disappointed that Doom Eternal on the platform arrives at full price, it’s no different elsewhere. Despite releasing nine months ago, the game still regularly retails for $59.99 on PS4, Xbox One and PC. 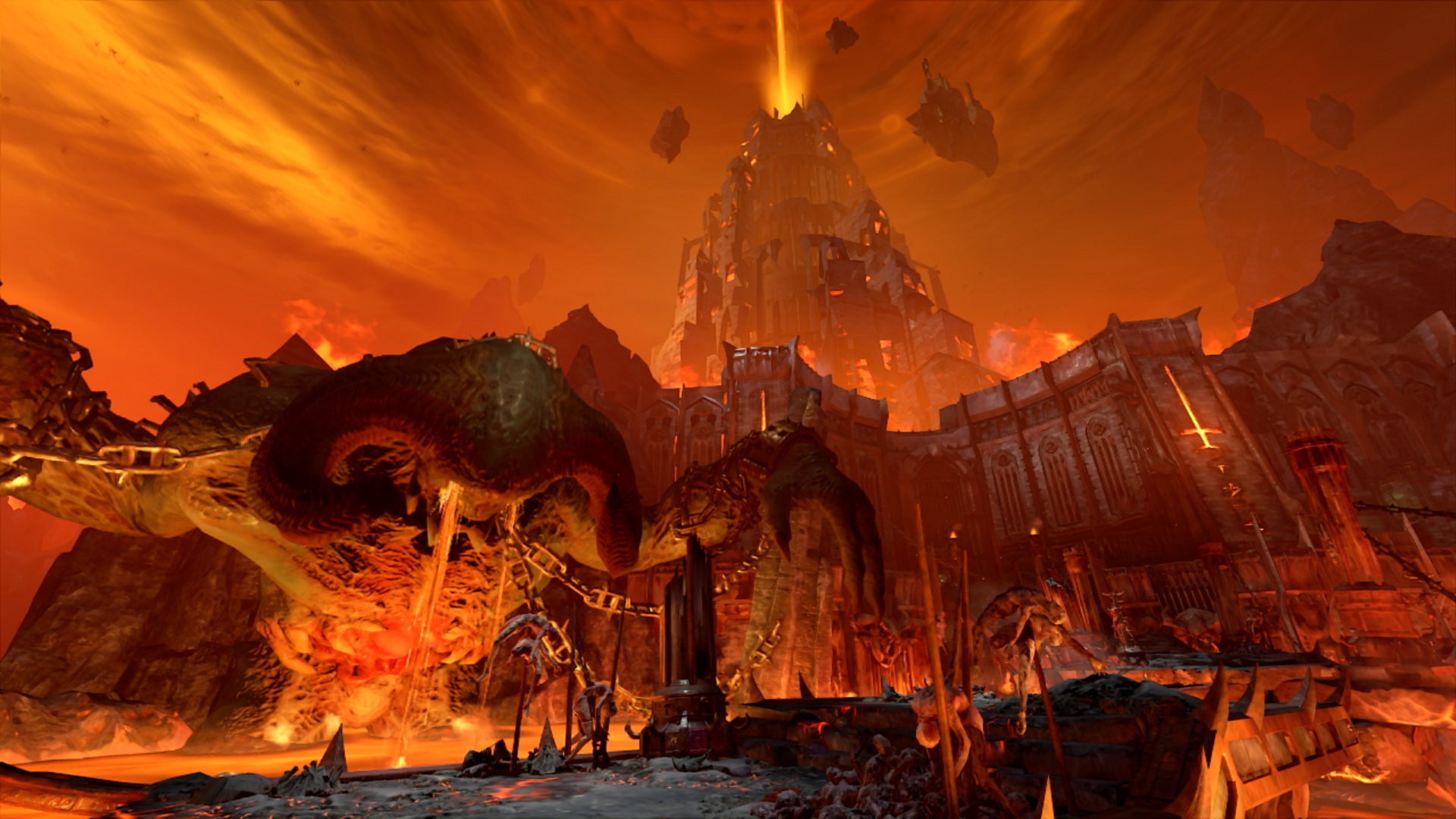 Panic Button has managed another seemingly impossible task by getting Doom Eternal running on Nintendo Switch. The game manages to play well and retains nearly every aspect that made it such a good game, but it does so by compromising a lot. You’re getting the ‘Doom Dance,’ but at half the other versions’ framerate. You can play it on the go, but the Joy-Cons don’t provide the optimal experience. Dock it to play with the Switch Pro Controller, but the visuals become overly muddy. Doom Eternal on the Switch is full of compromises. It’s still a fun time and worth it if you only own a Switch, but if you own any other available platform, it’s hard to justify this version over any others.