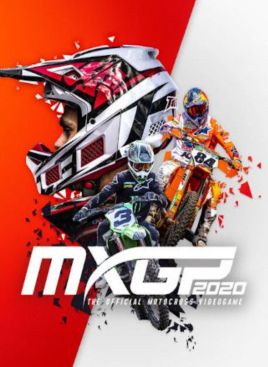 Milestone has managed to secure quite a bit of major licensed motorcycle racing leagues for a plethora of titles. Two of the senior titles come in the way of the MotoGP series and MXGP series. The MotoGP video game series from Milestone recently turned a corner in becoming a viable racing title and properly representing the sport. MXGP 2020 is the latest in the series that’s based on the European FIA Off-road motorcycle league. The league is much like Supercross in America, but MXGP mainly stays with traditional outdoor circuits in Europe. Milestone also looks to have turned the corner on this franchise, as well, as it’s the best in the series despite still having faults.

There’s no doubt that Milestone has thought outside the box with the MXGP series in recent years. The Playground allows players to ride around in an open terrain with friends. The best backdrop looks to be added to the series this year with the Norwegian fjords. The area is heavily wooded with high terrain and a back drop of rivers and mountains. Players can create and share routes for the Waypoint Mode, which is essentially a designer of sorts. Players can also race with their friends on these Waypoints or just free roam around the area and get their bearings down.

MXGP 2020 encompasses everything about the 2020 MXGP season. While the season is over, players will still have access to all 68 riders of both the MXGP and MX2 Championships along with 19 different circuits. This also includes varying weather for the courses that will change the terrain. Milestone has included a Career Mode that allows players to create a rider and race as a rookie or to join an established team. Players can choose different sponsors that will allow them to net more money for winning races. Bikes can be customized with official parts and can also be repainted, but the liveries can be limited based on the sponsor that’s chosen. Unfortunately, the Career Mode is short-sighted especially when compared to the MotoGP series. There’s no engagement in between races so it’s basically just a Championship Mode with a created player. The game also forces you to create the player upon initial boot. 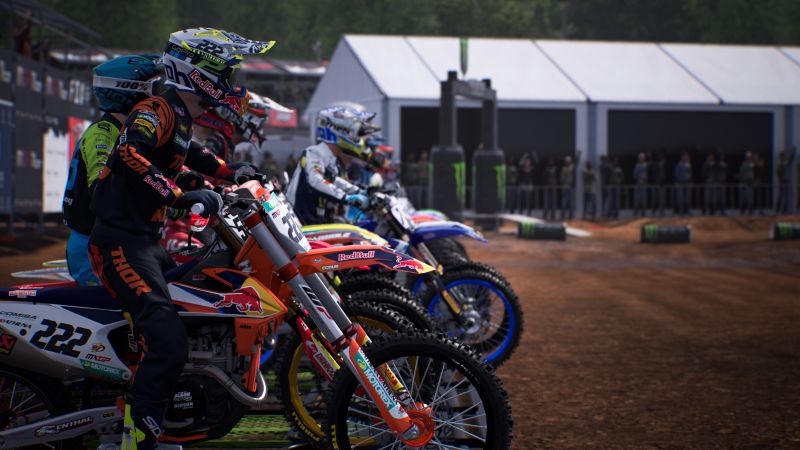 The Track Editor also returns as Milestone has opened a new chapter. MXGP 2020 now offers a choice of four different height maps that will offer more realism when creating tracks. The process isn’t overly complicated but isn’t completely simple. The height maps allow for different terrains to be selected and will add more variety to each course. If creating the tracks aren’t your thing, the option to download tracks is still there. Having this ability in the game still offers a good bit of replayability if the nineteen tracks and The Playground don’t cut it.

While the modes aren’t new and they have been updated, what makes MXGP 2020 the best in the series is what matters the most: the racing. The controls are more responsive than they’ve ever been. Being able to shift the riders weight even on sharp corners is much more manageable. The tension that comes from racing side-by-side with someone has officially instilled confidence while racing. The collisions feel better thanks to the increase of the rumble feedback on the controller. No longer am I diving into corners and worrying about the bike coming out the wrong way. There are also next to no obstacles on the side of the track and if you go off of the track, the game is quick to put you back into action. 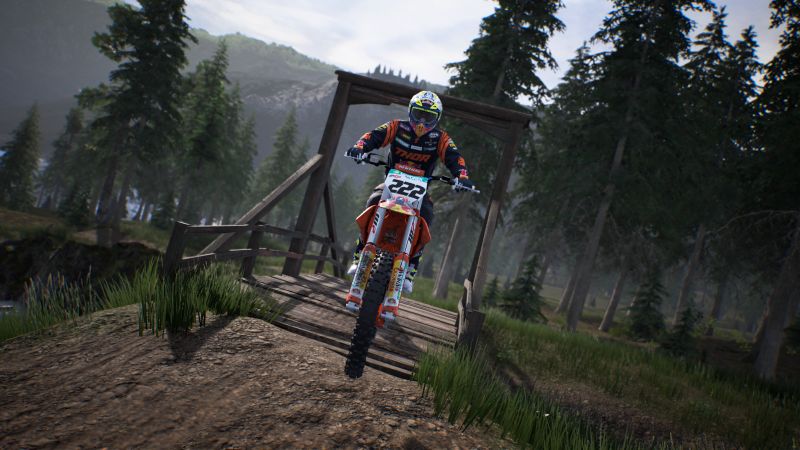 The AI still seems to be inconsistent even on its lowest difficulty. The riders don’t necessarily have the same issues you will when racing, and again it comes down to learning each individual jump on each individual track to have success. That’s why this game will come off as the best version for its hardcore community. The handling is superbly improved and while there are still issues like consistently getting beat out of the holeshot or AI drivers going down and others not reacting to it, the overall racing experience is the best the series has seen. I never had to worry about something dumb happening based on the racing model. I was able even to land jumps while positioning the bike a certain way and not immediately dumping it.

Multiplayer racing online is fun and there’s currently an avid community. You can tell the best from the best as they’ll dominate the race, but if the AI becomes mundane, there’s a solid community here to race with. The game includes dedicated multiplayer servers and I never encountered an issue with connecting to a match in a lobby nor any lag or disconnects during a race. The inclusion of cooperative play on The Playgrounds is a boost for that mode, but I still feel more online options need to be included for the racing. 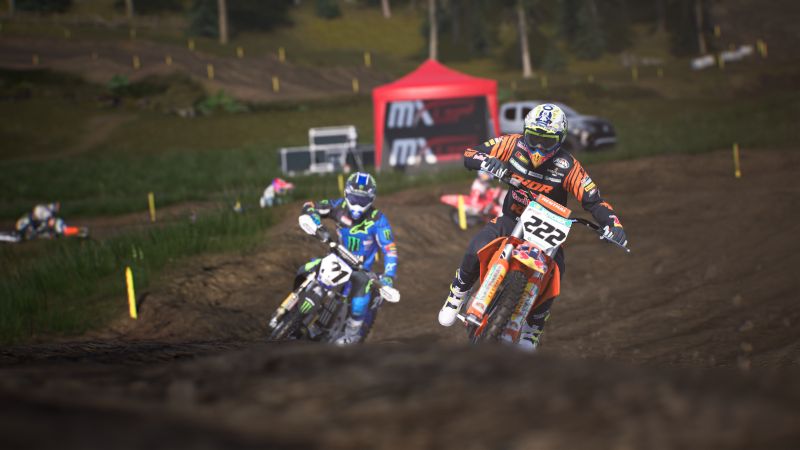 MXGP 2020 also makes the most out of last-generation hardware, albeit with a few caveats. The image quality is there as environments are detailed even at a distance. The colors of the grass and the environments pop and the different textured courses are detailed. Puddles exist in areas of the track that were sprayed down even if there isn’t any rain. The bikes are detailed as the colors pop on each model and are finished off with excellent reflections. Even the player models receive a good boost. The rain elements may looks even better. The downfall for the image quality comes in the way of the frame rate. Playing on a PlayStation 4 Pro, the game got by at 30 FPS with no weather. If there’s weather and other riders in your review, it feels like the game struggles to chug. There’s a PS5 version coming in a month and playing this version on a PS5 might alleviate that, but this was played on the console it was designed for. I’m also not sure how this would fair on a base PS4. Overall, the image quality is excellent on the PS4 Pro.

One thing I wanted to mention is the overhaul to the menu presentation. It’s wonderful, and combined with the soundtrack that was included, it creates an excellent vibe. The gray-on-white from the logos and the backdrop can be hard to read at times, but overall the menu presentation is excellent. Outside of the soundtrack, the bike sounds seem improved. Each class of bike sounds different and offers sufficient exhaust notes. It blends well with the sound of other bikes that are racing. Even the new pre-race cutscenes are nice. 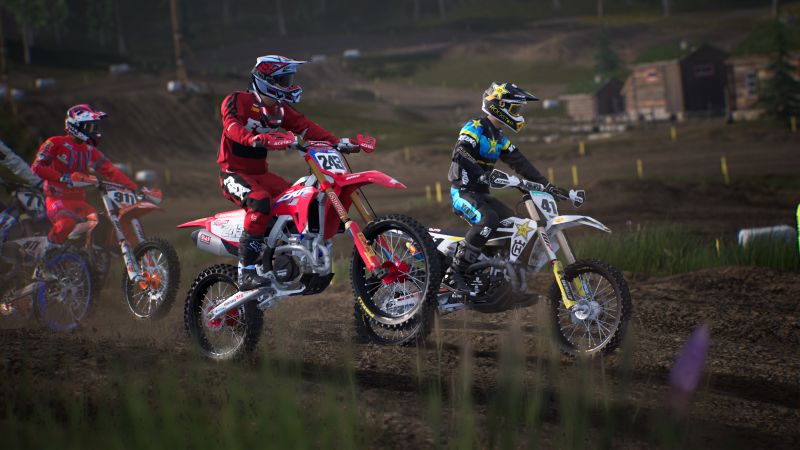 Milestone has improved the modes for MXGP 2020 which still offer a good bit of variety outside of just racing the 2020 series tracks. The biggest attraction is the racing itself. The controls are much more responsive and while there’s still a learning curve on how to approach jumps and maintain speed, veterans of the series should appreciate the improved handling. Online racing is still more successful and enjoyable than many racing games, but it would be nice to see more racing options for the experience. The Career Mode is also bare as it lacks in comparison to what the MotoGP series has. Overall, thanks to the improvement on the facet that matters the most, MXGP 2020 has propelled the series forward and it will be exciting to see what it offers on next-gen hardware.