By any metric NGU Idle should be a terrible game.  The menu system is a nightmare, the art is MS Paint-caliber, and the humor juvenile at best.  If it wasn’t one of the absolute best idle games possible, with an endless parade of new systems slowly introduced over the course of thousands of hours, each one layering on the last and providing new and interesting wrinkles on spending a slowly-growing pool of resources, it wouldn’t be very good at all.  It’s systems may be complicated and UI a tangle, but everything is introduced at a nicely lazy pace so by the time there are sixteen tabs to keep track of each one makes sense, all feeding into each other in a way that’s nothing but madness to someone coming in from the outside.  Energy, magic, and gold fuel various aspects of the player’s power, with progress in the boss fights requiring a different set of stats for progress in adventure, and beyond all logic it works.  Plus it helps that NGU Idle is free, with the in-game purchases being nice if you want to toss the developer a few bucks but not required to progress.  The slow build of interconnected systems plus the perfect price-point all worked together to give NGU Idle an enthusiastic and supportive fan-base, and now it’s getting a sequel.

NGU Industries has been in the works for a while, quietly coming together with the occasional hint or screenshot to tease its development, and as of today it’s got a release date of April 5.  The sequel is themed after a factory sim, but under the hood it’s going to be the same kind of game that gives out bonuses based on mathematical formulas such as log2(blood/1000000)^2%.  Which you don’t need to calculate beyond knowing that more = better, although knowing how much more is certainly helpful.  NGU Idle was kind of all over the place in its themes, but NGU Industries looks to be more focused on integrating its numbers under the umbrella of manufacturing.  Buildings, factories, work orders, labs, experiments, construction, and as-yet-unknown other systems will all work together to make the Numbers Go Up, starting from barely squeaking by in the single digits to hoarding resources in the duosexagintillions.  Which is a real number I just got the name of from NGU Idle, and is a one followed by 189 zeros.

Normally a release date announcement also comes with a trailer but slowly watching a bar go up doesn’t make for riveting viewing.  The Steam page for NGU Industries has some good screens, though, so head over there and take a look.  And maybe check out NGU Idle too, because those numbers are always so satisfying when they go up. 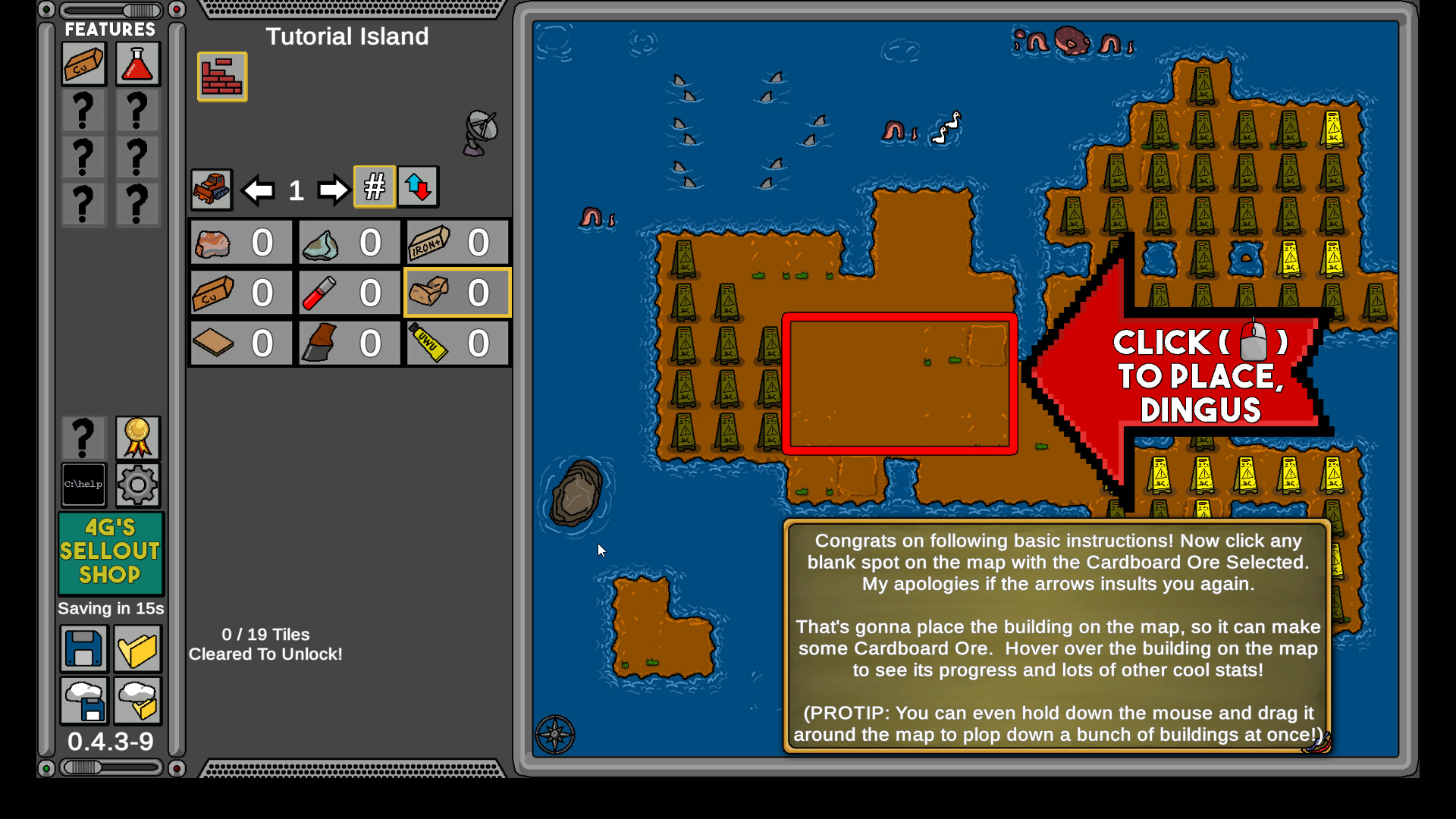