If there’s one thing that can be said about the HyperX Cloud family of gaming headsets it’s that there’s some Cloud headset that checks the boxes about what someone could be looking for. The latest addition to this group of headsets is the Cloud Revolver + 7.1, a headset that is optimized for console and PC gaming but can also get extra mileage when used for telecommuting and telelearning. As one can correctly assume from the name of this headset this can deliver audio in both stereo and virtual 7.1 surround sound. The Cloud Revolver + 7.1 is mainly intended for PlayStation 4 and PC, but thanks to the 3.5mm input it’s listed as being compatible with PC, PlayStation 4, Switch and mobile devices.

Taking the Cloud Revolver out of the box we see that it’s crafted with a frame that’s made with soft memory foam and solid steel, creating a frame that is comfortable for extended use but is also durable. The noise-cancelling mic is detachable, which is always nice for single player gaming in this reviewer’s opinion, and it’s certified by TeamSpeak and Discord. The sound is pumped through 50mm drivers that are great for delivering both depth and width to sound, specifically with surround sound activated. Driver size isn’t the only the thing to consider when it comes to headsets, but larger drivers are better. Attached to the headset is a one meter cable with the 3.5mm input jack that makes the Cloud Revolver compatible with almost any device. To maximize the headset’s potential on PC or PlayStation, however, this is plugged into the two meter USB cable with the control box that features independent volume controls for the mic and headset, along with the button to turn 7.1 on or off. Before we get into our impressions, here are the tech specs for people who are into that sort of thing: 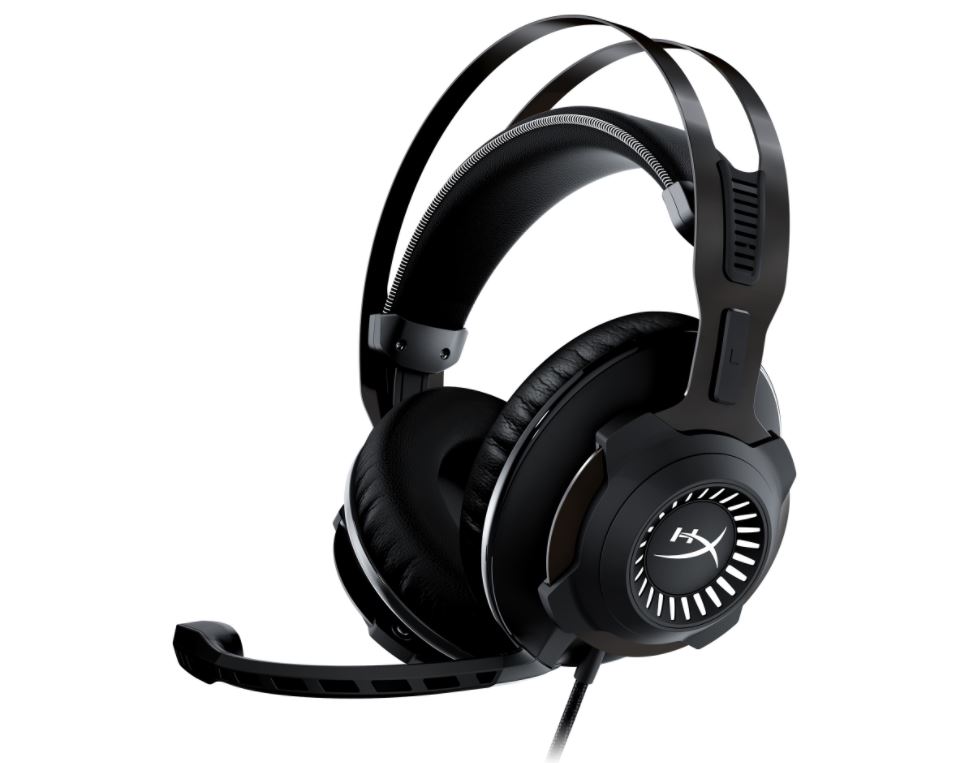 During the review the Cloud Revolver + 7.1 was used with the USB connection on PC and PlayStation 4, and 3.5mm connection with PC, PlayStation 4, Switch and iPod. There are many good headset brands and they all seem to have different areas where they excel, and one area HyperX tends to excel is their headsets are great for gaming and listening to music. Most music isn’t mixed for surround sound, and switching on that feature for music has mixed results. Music that’s specifically mixed for surround sound such as my standard virtual surround test album, the 5.1 mix of Opeth’s Still Life, sound exactly as intended through the virtual surround sound where the listener can feel the music envelop them. Other music is inconsistent which is better, some things sound better in stereo, some with 7.1 on, but aside from the preference nothing ever sounds bad through the Cloud Revolver. While it doesn’t hit audiophile level sound quality, there’s no question that this is a great headset to use when you just want to relax with some tunes.

But music is a secondary concern for a $149.99 gaming headset, so it’s time to get into how it performs with gaming. The first thing to address is the mic, which is one of the better mics that I’ve come across. Based on feedback during online gaming it delivers crisp clear voice communication and does a good job of canceling out background noise. The headset remains comfortable for extended game sessions, but can get hot after a couple hours though it never gets too heavy. When used with PC and PlayStation 4 there wasn’t a major difference in sound quality when using the 3.5mm or USB input, save for the fact that 7.1 could only be activated through the USB cable. Game audio sounds great, with the music and sound effects but coming through the speakers with a certain fullness and bombastic quality. The virtual 7.1 audio wizardry does give an increased sense of immersion, though how immersive and how well the surround sound is distributed can vary among games. Overall, the game audio and chat quality is on par with what one would expect from a headset in this price bracket. The only complaint is the three meter length of the cable may come up short in connecting to the PlayStation 4 in some gaming set ups, so if you sit far away from your PS4, that may be something to consider before purchasing this. 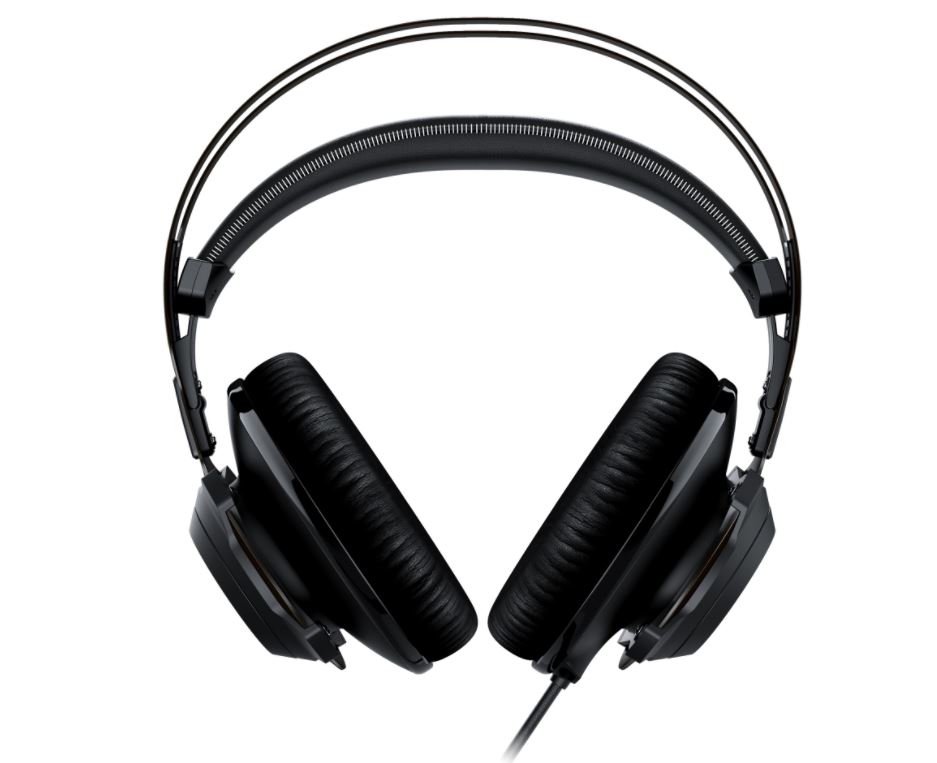 The HyperX Cloud Revolver + 7.1 is one of the better-sounding HyperX headsets. It’s also one of their more expensive, but compared to other headsets on the market the price to quality ratio is appropriate. This headset is designed for PlayStation 4 and PC, and while the 3.5mm connection adds value by being compatible with many other devices, those are the two platforms where the user will get the most value. This is a wired headset so there are no worries about keeping it charged or connecting dongles, which is a nice feature, but the length of the tethering cable is always a trade off. All things considered, The HyperX Cloud Revolver + 7.1 is a great headset and worthy of consideration for anyone wanting to add virtual surround sound to their gaming experience.