Cris Tales, a JRPG that simultaneously plays out across three different time periods, is getting a special collector’s edition in addition to the standard release. Publisher Modus Games announced today that the very-packed collector’s edition is up for pre-order on Maximum Games, and it will actually be a collector’s item. Apparently there’s only a limited supply of this version. 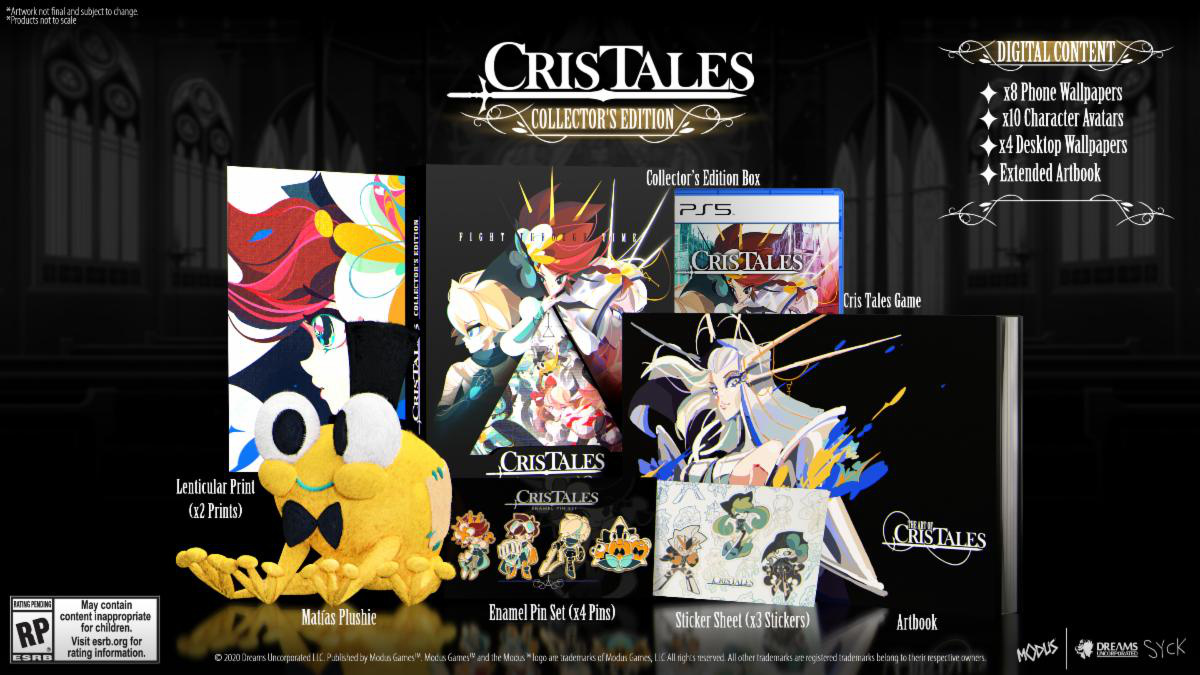 The Cris Tales Collector’s Edition includes an artbook, an enamel pin set, a Matias plush, lithographic art prints, three character stickers and a collector’s box. Buyers will also get some digital content in the form of eight phone wallpapers, four desktop wallpapers, ten character avatars and an extended version of the artbook.

The collector’s edition is selling for $99.99 and is available for PlayStation 4, PlayStation 5, Xbox One, Xbox Series X/S and Switch.