Perhaps it’s because I’m old but I love a good beat ’em up. Maybe it’s because I was a kid during the NES/SNES era when arcades were filled with beat ’em ups, or maybe these were some of best co-op games from the era, at least in my experience. At any rate, there was no shortage of great beat ’em ups in the era, and Double Dragon has always pulled hard at the nostalgia strings. So naturally, after way too many years to count since the last proper Double Dragon release, Double Dragon Neon was a great surprise when it surfaced on Xbox Live Arcade and PlayStation Network back in 2012.

Double Dragon Neon begins the same way as the series started back in 1987 with Billy Lee’s girlfriend Marian punched in the stomach by a street thug and unceremoniously slug over his shoulder like a sack of potatoes. The group of thugs saunter off with Marian. The garage door opens and the martial artists Billy and Jimmy Lee walk out of the garage ready to beat up endless thugs and rescue the fair maiden. The first tutorial showcases the run button, which at the speed the kidnappers walked off one would think the two bros could use the run button to catch up and make this a significantly shorter game. But at the risk of being called a misogynist, it’s good that a timely rescue failed because the game we actually got is enjoyable. 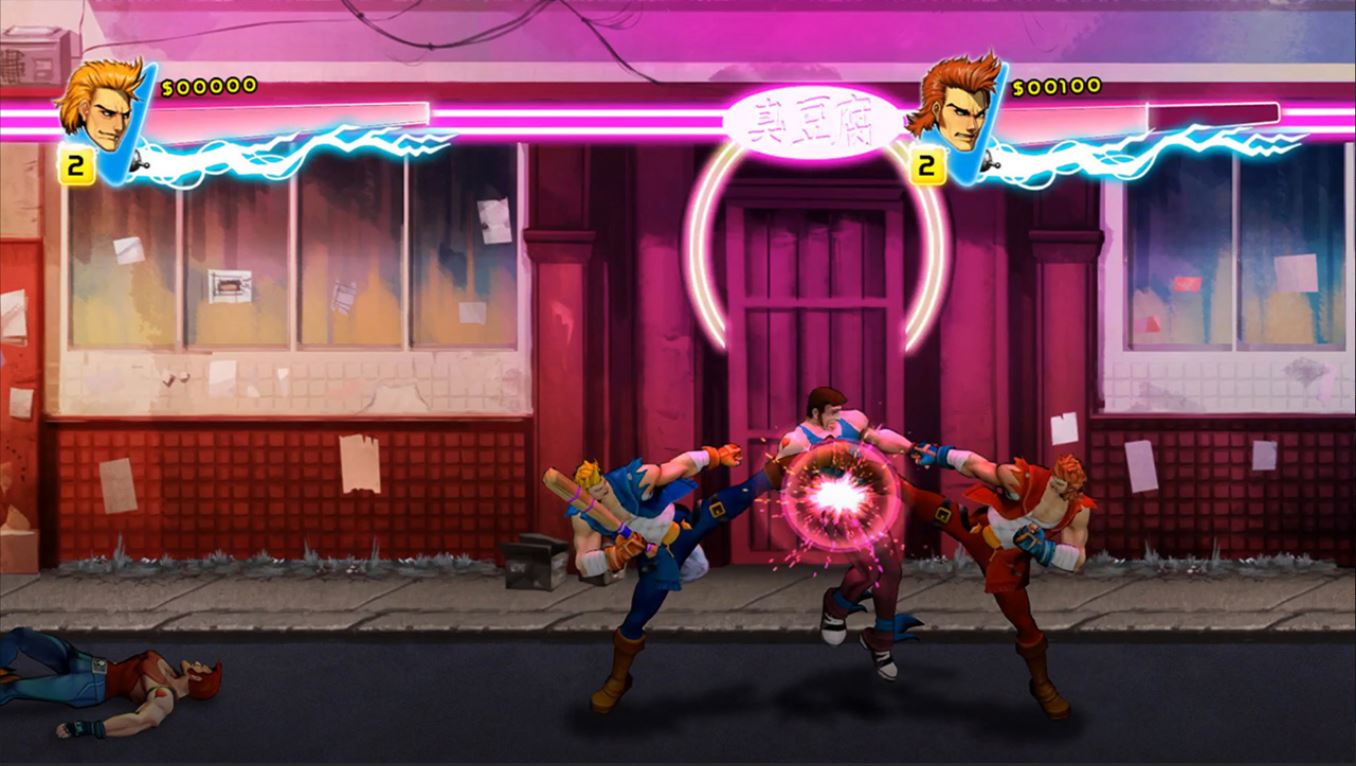 These thugs are part of the Shadow Warriors gang that have long bides thorns in the Lee brothers side. The leader of this gang seems to change with each game and Double Dragon Neon keeps the tradition of changing enemy leadership alive. This time the enemy is Skullmageddon who is basically the Great Value Brand version of Skeletor. How this character fits into the traditional Double Dragon mythos is debatable, but he perfectly fits in the ridiculous world of Double Dragon Neon.

The first couple levels are where longtime Double Dragon fans will get their nostalgia fix. The stages are set in a traditional urban environmental and re-introducing familiar villains like cartwheeling cannon-fodder Williams, which the loss of countless Willaimses (plural of Willaims?) is lamented by Skullmageddon. The urban setting doesn’t last long as the Lee brothers soon find themselves in more exotic locations such as a space lair, genetic laboratory and haunted forest to name some of the settings. 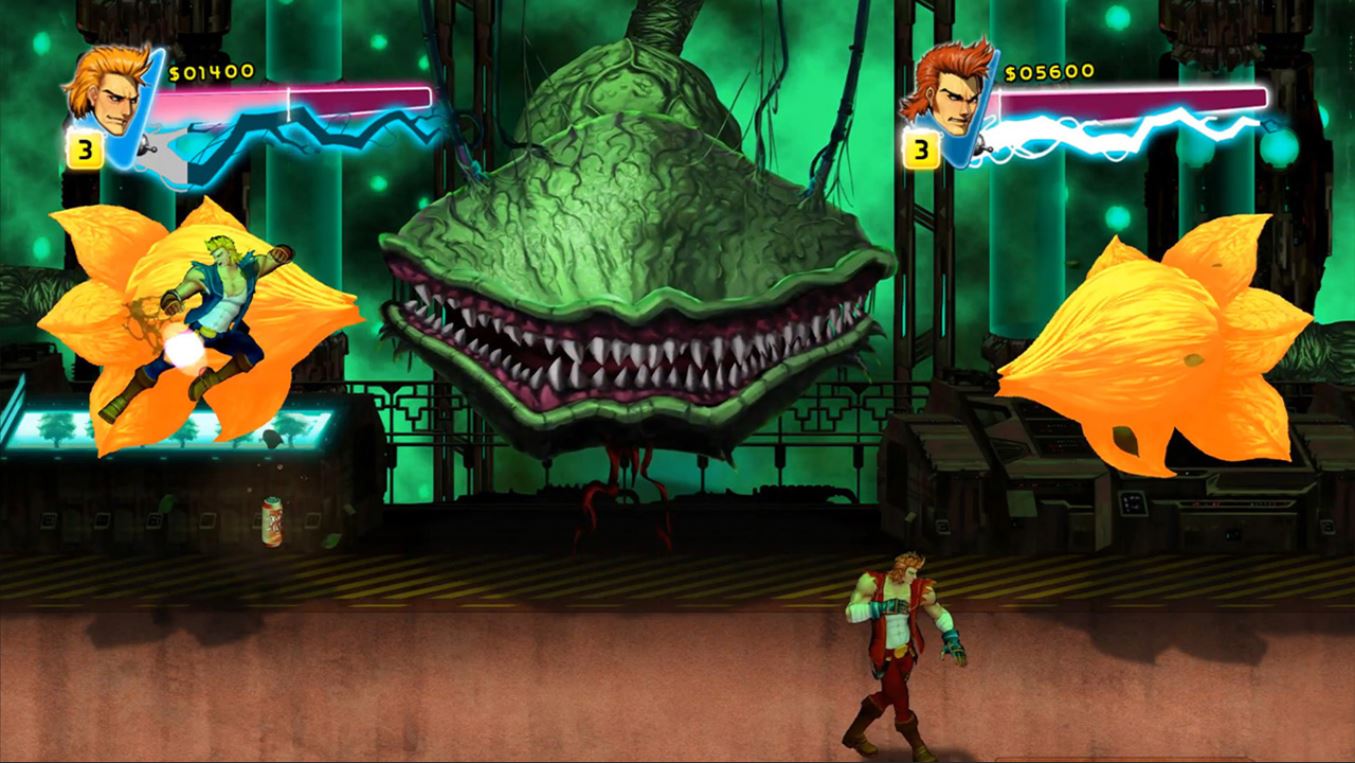 Double Dragon Neon includes many classic Double Dragon gameplay elements. Traditional enemies such as the Williams, Lindas, Abobos and so on make appearances. The Lee brothers martial arts moves are just as deadly and polished as ever, with familiar weapons such as knives, bats and…hair picks. Okay, there are some new weapons introduced in this. Some of bosses get weird but they fit overall tone of the game. A couple of the standout bosses are the killer plant amusingly named Marian II (not saying Marian II ate Rick Moranis, but he is noticeably absent from Double Dragon Neon) and the genetically-modified and roided up Lee brother clones Bimmy and Jammy, which is a great nod to Double Dragon III. As stated earlier, Double Dragon Neon is not nearly as grounded in reality as the previous entries were, but its detachment from reality and willingness to embrace absurdity is what makes it standout more than just a general rehash of the prior games, though Double Dragon IV (the 2017 one, not Super Double Dragon IV) showed us that a new more traditional Double Dragon game wouldn’t be a bad idea if it was handled like Streets of Rage 4.

A new feature to Double Dragon Neon is that it incorporates some light RPG elements similar to River City Ransom. The players collect mix tapes that can be leveled up that increase different stats. There are also special moves that can be acquired called Sosetsitsu, such as Fireball and Dragon Swarm that can be equipped and used to make some of the boss fights or overcrowded screens much more manageable. Powering up the right tapes and choosing the right Sosetsitsus can have a major effect on the difficulty. To fit into the fantasy element, players can collect mythril crystals to take the Tapesmith to gain greater power. Tapes play a subtle but humorous nod to the golden era of beat ’em ups where a pencil in a cassette animation is used to revive your fallen partner, which supports my theory that people who are digging the trend of new music being released on cassette tape never actually had to deal with cassettes growing up. 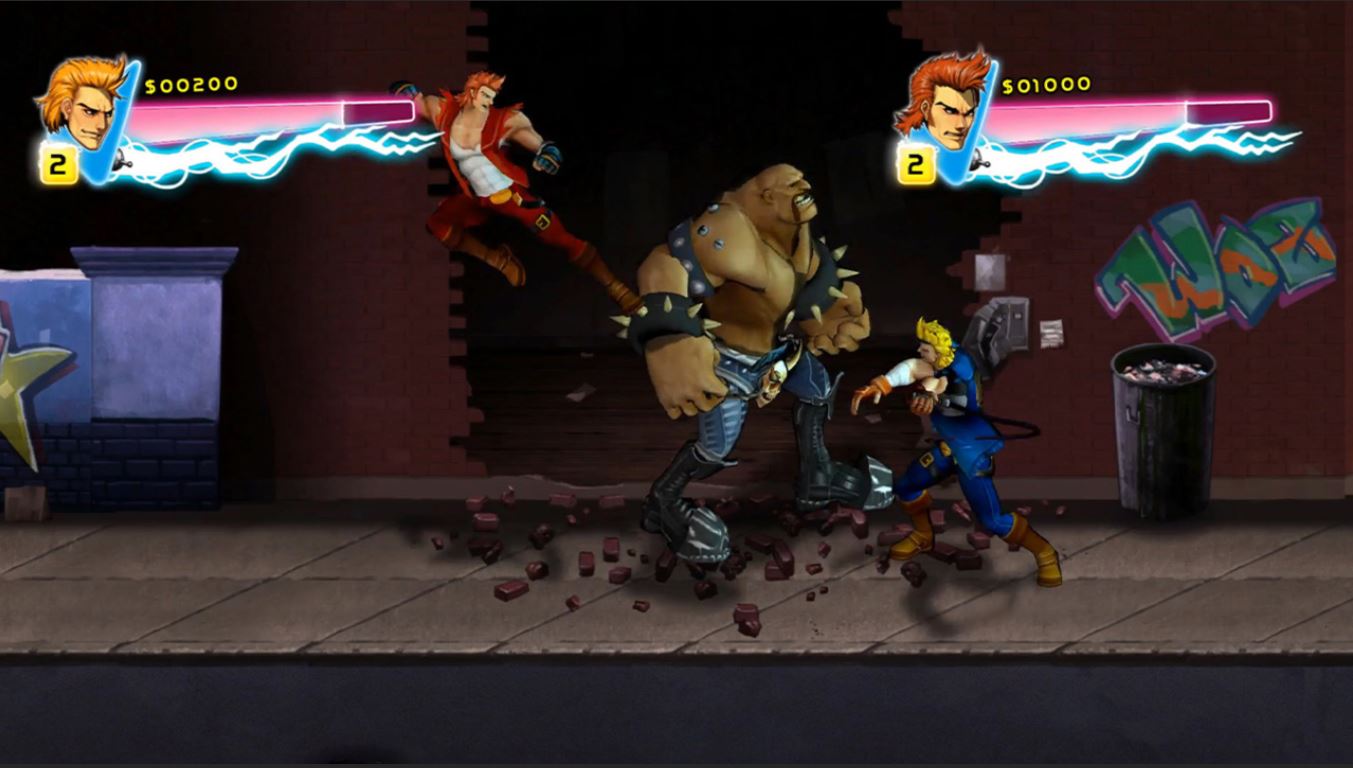 Double Dragon Neon is a fine game that was met with mixed critical acclaim. It’s a great throwback to the classic beat ’em up era with modern updates, but its satirical nature and old school game play may be lost of gamers who aren’t well versed in ’80s and ’90s beat ’em ups. While I am not among them, some fans may have actually been put off by the sillier nature of Double Dragon Neon. But those issues aside, judging it strictly from its gameplay merits it is a worthy tribute to classic beat ’em ups, though having a sense of humor is a prerequisite for enjoyment. During the writing of this article it came to my attention that in December of 2020 Double Dragon Neon was ported to Nintendo Switch. Because this is a last-gen title, the Switch could be a great place to enjoy it as it will likely not have to make as many concessions as ports from PlayStation 4/Xbox One.