The gaming industry was a mess in the 90s, with nobody quite knowing what to port over from across the seas or how to market it.  The Marios and Sonics did just fine for themselves, of course, but this was a time when Dragon Quest got a shrug and Enix attended E3 in Kentia Hall, the weird basement of the LA Convention Center.  The gaming landscape was a very different place without the internet to help oddball releases find their audience, and that meant too many games ended up stranded an ocean away.  A perfect example of this was Monster World IV, the sequel to Wonder Boy in Monster World.  It was a fantastic expansion on the side-scrolling action-RPG series, adding new gameplay elements to the absolutely charming pixel-art adventure, but it never made it to the US back in the day.

It still hasn’t, for that matter, but not for much longer.  Wonder Boy: Asha in Monster World is a full remake by a good chunk of the original creative team, recreating the game in 3D while retaining that early-90s anime-influenced style.  While it doesn’t have a proper release date yet the new trailer gives a window of Q2 2021, plus shows off a good chunk of Asha’s combat moves along the way.  The trailer also plays up the physical release, which is currently on pre-order now from Super Rare Games. 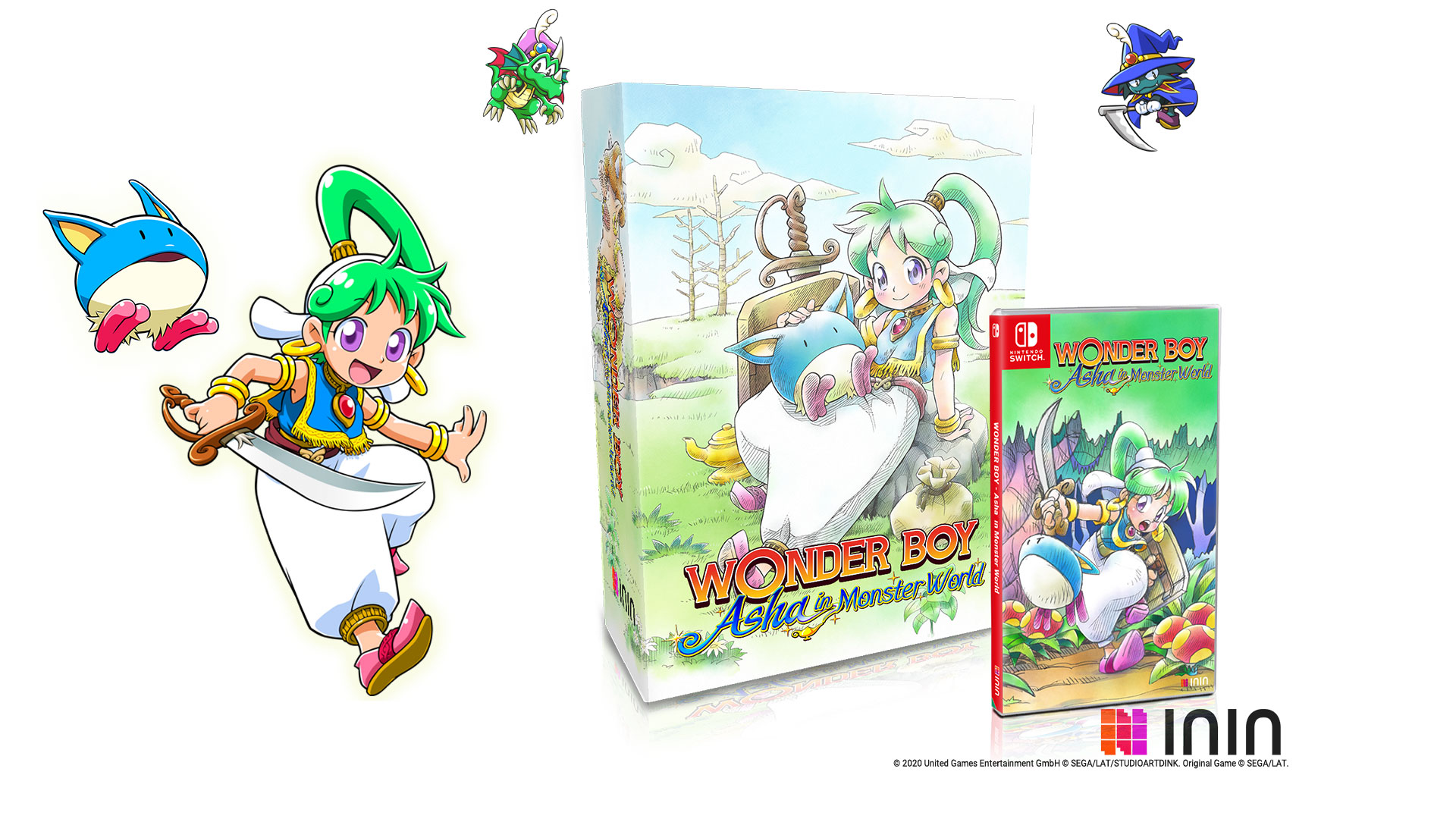 It’s worth noting the physical version comes with the original game included, which won’t be part of the digital download, so there’s good reason to spring for it.  At least on Switch, which has Wonder Boy IV on the cartridge, while for what must be a logical reason it’s a download code on PS4.  Even so, the collector’s edition box art is fantastic, and quite possibly reason enough to spring for the mid-range fancy version even before taking into account it comes with a squishy blue Pepologoo.  Digital or physical, though, it’s finally nearing time for Asha to officially make her worldwide debut.