2021 marks the 25th anniversary of Resident Evil, Capcom’s long-running survival horror franchise that hasn’t always stuck to the genre it helped define. While some of its most revered entries such as Resident Evil 2, 4 and 7 all fit easily into that category, the series also has a strong history with experimentation and branching out into other genres, with varying degrees of success. Resident Evil 5 and 6 both implemented co-op as a key part of their gameplay and put a much stronger focus on frequent action and over-the-top sequences. The spinoffs allowed the franchise to expand even further, from the on-rails shooters like Resident Evil Survivor to its attempts to translate the experience onto portable devices with the likes of Resident Evil Gaiden and Revelations. Although the numbered entries have always garnered the most attention, the sheer amount of spinoffs has allowed Capcom to maintain the relevancy of the series with only a few years over the past couple decades that didn’t see the release of a new game. 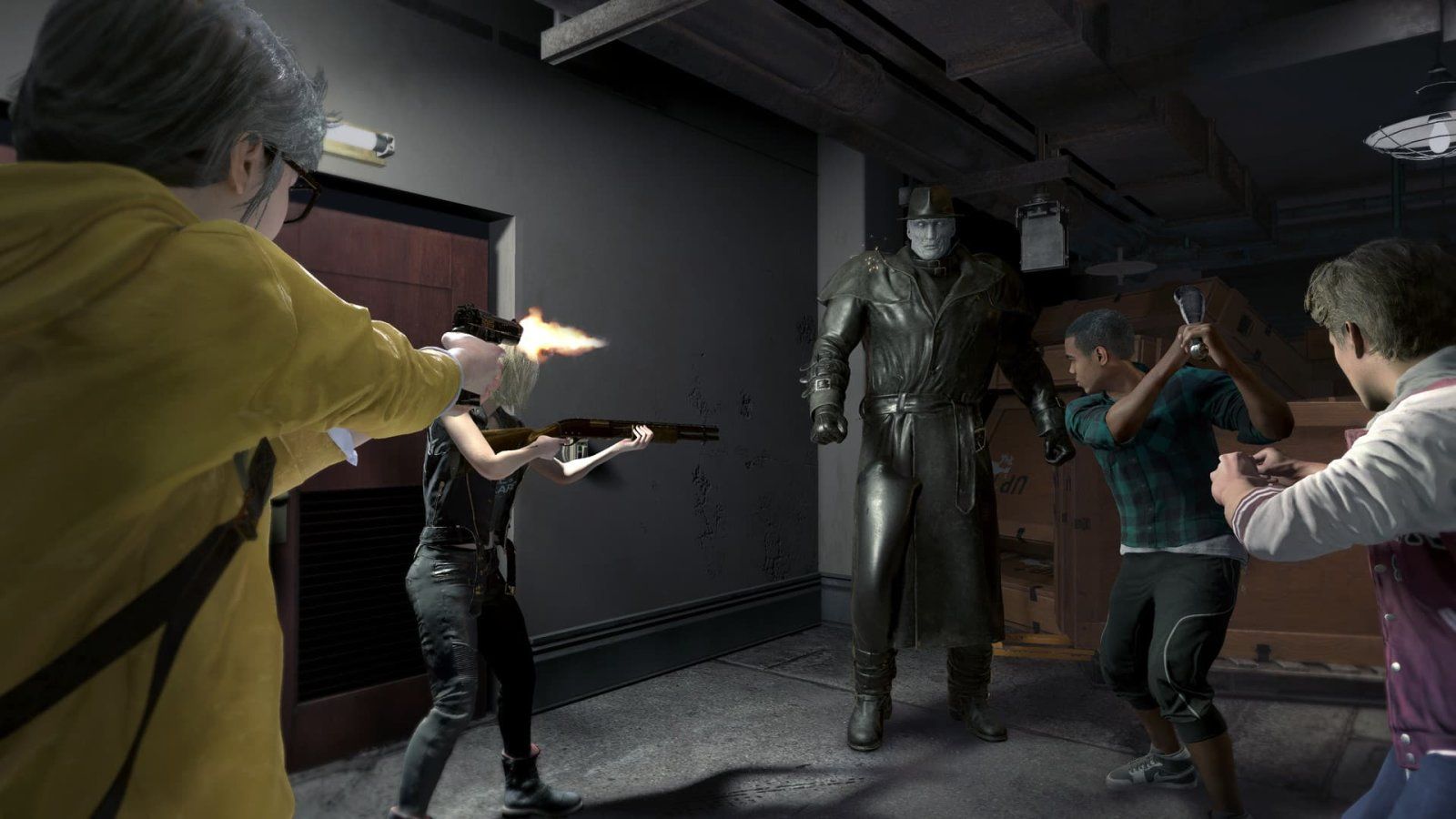 The second half of Resident Evil’s existence has seen Capcom continue to attempt to transform Resident Evil into a competitive multiplayer experience with almost no success stories to speak of. Resident Evil 4 and 5 both experimented with a Mercenaries mode that eventually got fleshed out into a 3DS title in 2011, marking the first proper attempt at a competitive Resident Evil title that launched to mixed reviews. Its successors, Operation Raccoon City in 2012 and Umbrella Corps in 2016, both fared far worse, with these spinoffs retaining little of the memorable locations or tense combat that the series has become renowned for over the years. Despite these missteps, Capcom has seemingly shifted from standalone competitive multiplayer games to tacking them on to their higher-profile releases, including just last year when the remake of Resident Evil 3 came bundled with the quickly-forgotten Resident Evil Resistance.

Last week during the Resident Evil showcase, Capcom supplemented the new footage and release date announcement of the upcoming Resident Evil Village with the announcement of yet another competitive multiplayer Resident Evil game, Re:Verse. Featuring a unique art style, Re:Verse takes advantage of an iconic roster of classic characters and locations for four to six players to duke it out with and within as a free bonus experience for owners of Village. The debut trailer has been welcomed with a largely negative reception, with a clear majority of dislikes over on YouTube that stands in direct contrast to the anticipation that has been building for the attached single player experience. Which begs the question: after over a decade’s worth of attempts to revamp Resident Evil into a competitive multiplayer experience, why does Capcom continue to set aside valuable development time and money into these experiments? 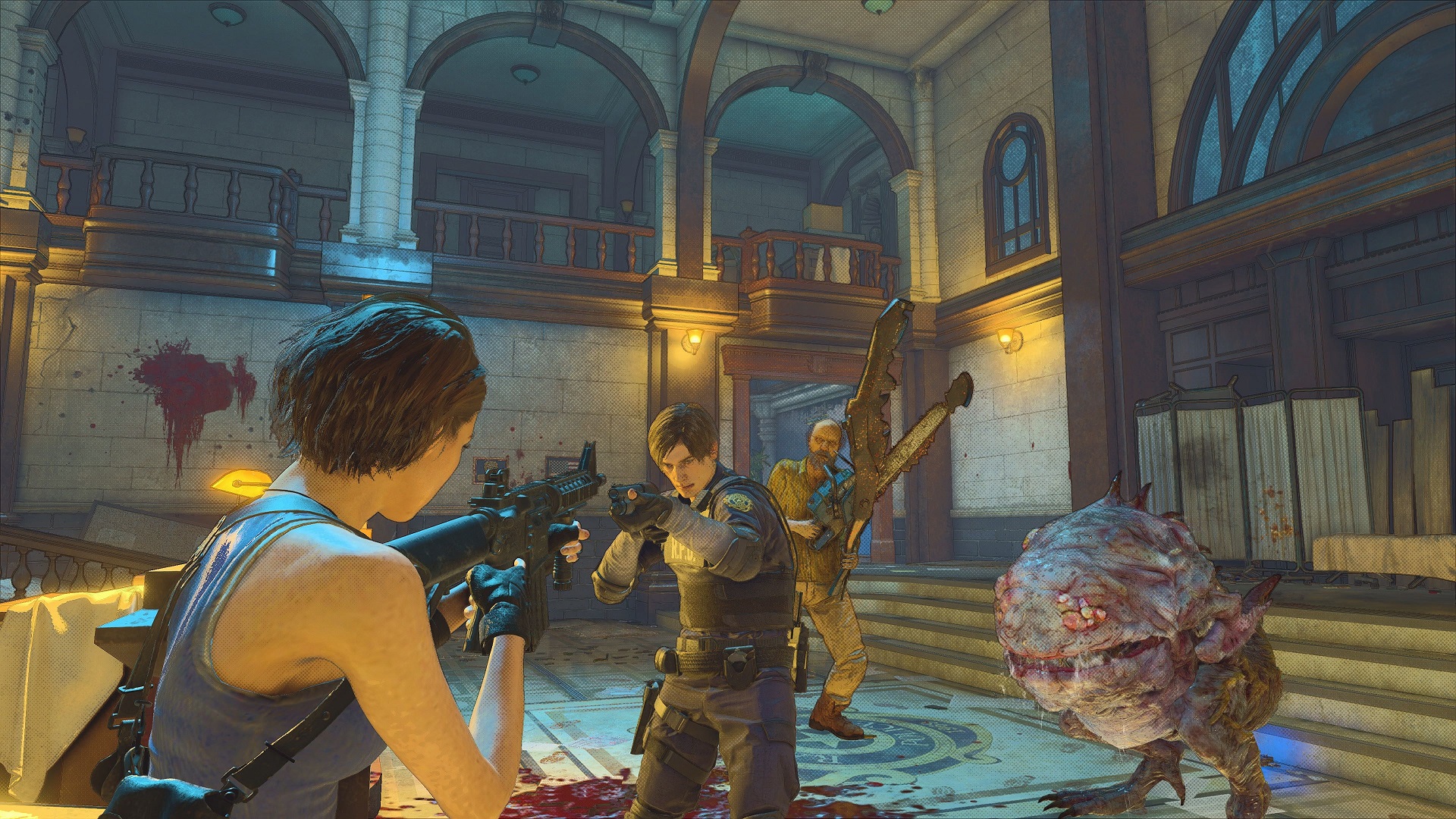 The simple answer is likely sustainability, as the rise of online gaming has shown time and time again that dedicated players will stick around for far longer than the average time players will spend with a more traditional single player experience. Since its inception, however, Resident Evil has always been at its strongest when it can evoke fear and tension through its gameplay mechanics, with the player constantly bordering between a fight-or-flight response as they enter new rooms and encounter new horrors. These ideals become tougher and tougher to implement as more players are thrown into the mix, as the need for balanced competition introduces necessary restrictions and makes any threats feel more predictable and less, well, threatening. This inherent contradiction lies at the heart of what makes a satisfying competitive take on Resident Evil seem nearly impossible to achieve, but Capcom’s continued insistence on returning to the potential of this concept will likely continue to leave fans feeling ambivalent without the presence of any innovative ideas.