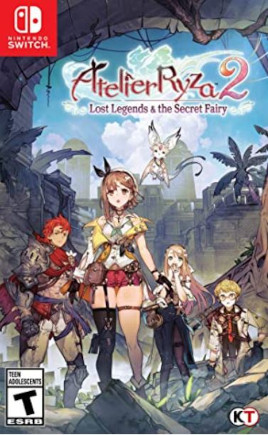 The Atelier series has been around for about 24 years and has almost as many mainline games with almost as many side games. Keeping a series interesting and relevant for that long with such a high volume of releases is no small feat, but somehow Atelier continues to endure. Atelier games are JRPGs but have a couple noteworthy differences. The biggest unique feature is that the games emphasize alchemy as a major game mechanic, which is essentially mixing a bunch of random found objects into an atelier to turn them into something useful. The other, unlike many other great JRPGs, is how wholesome and cheerful the overall world and characters are. The newest entry in the series is Atelier Ryza 2: Lost Legends & the Secret Fairy, which is a direct sequel to Atelier Ryza: Ever Darkness & the Secret Hideout.

Three years have passed since the adventure on Kurken Island, with Ryza the only one from that group who remains on the island. One day she receives a letter from a friend about a mysterious glowing stone and some ruins that may be related to alchemy. This piques her curiosity and Ryza sets off for the royal capital of Ashra-am Baird. Maybe she was expecting it after the previous adventure, but this would be a boring game if venturing to the capital wasn’t the catalyst for another great adventure and that’s exactly what happens soon after Ryza arrives at Ashra-am Baird.

As are most cities in the world of Atelier, Ashra-am Baird is filled with friendly people and everything has a generally cheerful feel about it. This may not be the experience that people who come from more rural areas have when they move to the city, but to show the game is grounded in reality, Ryza has the relatable problem of one month’s rent in a desirable location in the city is comparable to the annual living expenses from her previous life. Adjusting to the new urban lifestyle is one of the challenges facing Ryza, but she has support from friends who will be familiar to those who experienced Ryza’s first adventure. 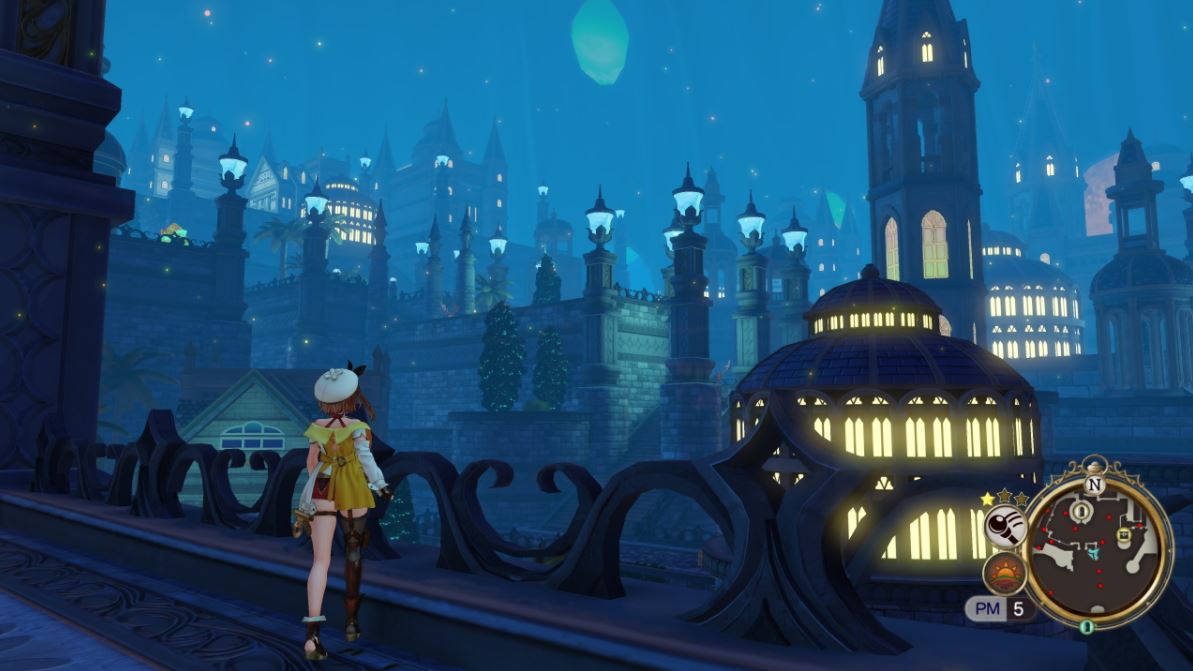 Atelier games traditionally give a lot of attention to social interaction. Ryza, along with the companions from its predecessor, are all figuring out how they fit into the life in Ashra-am Baird especially since they’ve all grown a bit since we last played them. New characters get introduced as well and that adds another dynamic to the interactions, like jealousy that Patty seems to harbor toward Ryza soon after they meet. The characters aren’t the most complex or nuanced, but are developed enough where their different personalities can keep dialogue interesting. Of course, the best character is Fi. In general Atelier games have a more wholesome feel to them, where characters in the world seem generally friendly and there’s much less brooding and darkness than other JRPGs.

Atelier Ryza 2 has a greater emphasis on action, both in world exploration and in battle. Ryza’s country upbringing has apparently made her into an outdoorswoman where she isn’t afraid to dive underwater, use plants to scale cliffs and creep across narrow passageways over cliffs. Thanks to the magic of alchemy, she can also create different items that allow for additional traversal such as magic ropes to reach otherwise inaccessible areas. Battles are fought using a real time turn-based system. The player can switch between each party member, controlling one character while the others act on AI. There’s a command menu with a cooldown, but for the most part battles are fought in real time. Players can actively defend against attacks to help generate action points that can be used to execute different skills or use items. Items are not exhausted after use but instead use points that are generated in battle, so there isn’t any need to worry about losing the perfectly-constructed explosive device in the atelier. The fast-paced battles help keep up the pacing of the game, while offering just enough strategy to remain intuitive without becoming boring. 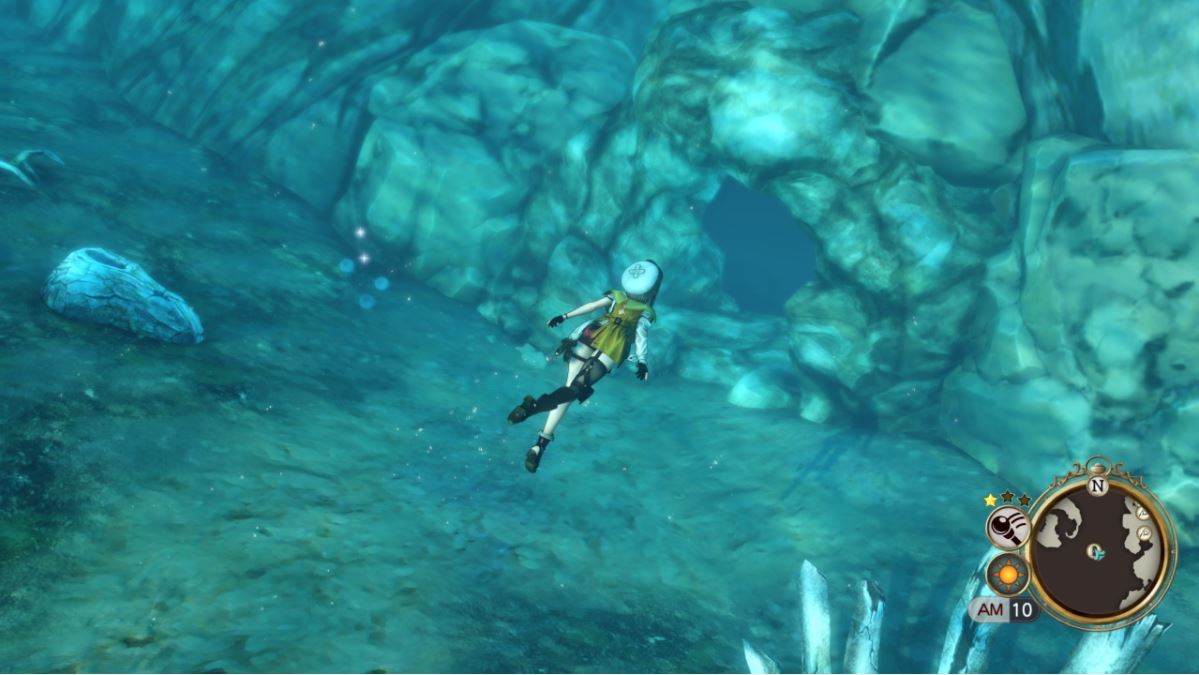 Given that the name of the series is Atelier, it is only natural that so much of the gameplay is centered around alchemy, which in this world means throwing any random assortment of items into a cauldron and turning it into something useful. People familiar with other Atelier games will have a general idea of what to expect here, and for the uninitiated my snarky description in the previous sentence isn’t too far removed from the truth. Ryza will get recipes for different items and combine ingredients to make them. The alchemy interface is actually user friendly and intuitive. Using the new Linkage Synthesis system, Ryza can place items in cells called Material Loops. Using items of higher quality will make better items, and experimenting with different types of items can add specific effects to the items or even change them into something new outright. The system itself is rather simple, but mastering all the ins and outs can take some time. Players are encouraged to spend a lot of time with this system experimenting.

The graphics are about on par with the previous Atelier games for this generation. They aren’t mind blowing by any stretch, but do have the traditional wholesome anime look about them that fans of the series have come to expect. The music is also in the same vein of what we’ve heard from other Atelier games, but while playing I couldn’t help but hear subtle nods to other RPG and adventure games in the soundtrack, including The Legend of Zelda, Final Fantasy VI and even a slight nod to Dragon Quest. Maybe these were intentional nods, maybe I listen to way too much game music or play too many games, but they were nice to hear. The game mechanics and camera are generally cooperative which helps lead to a relaxing gameplay experience. The limited space in Ryza’s bag is constraining. Even though it can carry more materials than any bag would realistically be expected to hold in the real world, indiscriminately harvesting everything material in sight will fill the bag up quickly. The story does take a few hours to get interesting and there’s slow pacing in introducing Ryza to her new surroundings, but once the story gets going it ends up being worth the wait. There are also quite a bit of tutorials that sometimes seem excessive. 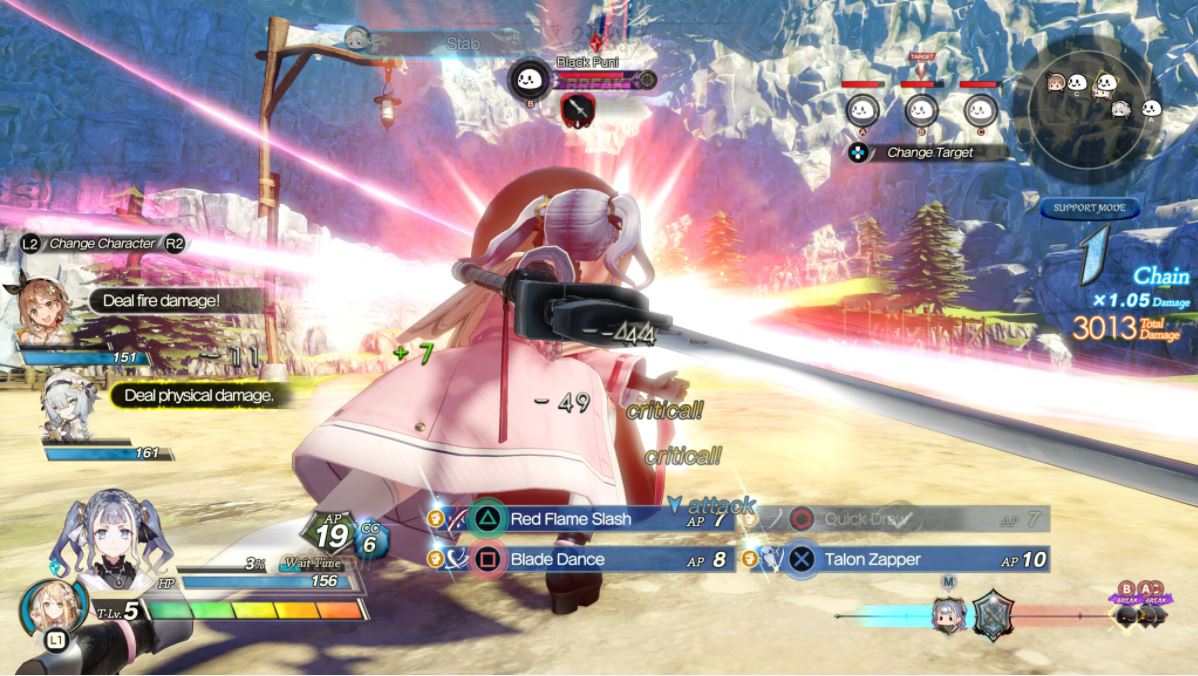 Atelier Ryza 2: Lost Legends & the Secret Fairy revisits Ryza and some of her friends as they deal with some of the challenges in entering adulthood. Giving Ryza new abilities to explore the world, such as scaling walls and swimming, add a subtle touch that she has gotten more adventurous since the events of its predecessor while adding new gameplay mechanics to exploring the world. Like other Atelier games, this one has an upbeat feel to it, and even though Ryza and company are exploring a dangerous world with faster-paced combat, it’s still one of the more relaxing JRPGs on the market. Even with the changes to the game mechanics and faster combat, this has the classic Atelier feel to it where fans of the series will feel right at home.