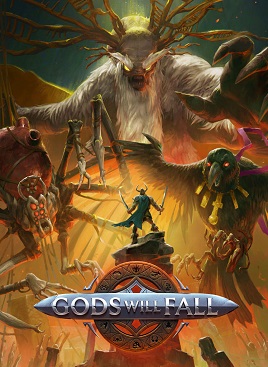 The story is one that has been told before. The gods are being jerks, keeping mankind in abject misery over decades and centuries. It’s a game to them and humanity as a whole are but the pieces on a board game; the action figure with a lit firecracker tightly bound with a rubber band. Humanity, in the case of Clever Beans’ Gods Will Fall, finally reaches the end to their willingness to acquiesce. More specifically, a group of unnamed Celtic tribes take up the cause. Thousands pour into ships to journey to the island where the gods reside, obviously forgetting that omnipotent beings are omnipotent beings. Predictably, the deities use weather to trash the boats, killing all but a select six who manage to wash ashore of their destination. With grim resolve, they grip their weapons and sally forth.

While this isn’t an unusual set up for a video game, that doesn’t mean that it isn’t a decent set up for a fun jaunt of action and bloodshed. Taking place in an isometric view, the players choose one of the six warriors to challenge a range of stages, each with a lord at the end to slay. Using weapons ranging from the quick sword to devastating two-handed axes, the tribesmen are meant to fight and kill the god in one run. Failure means that the hero is trapped in the level or worse, completely dead and gone. If the hero is trapped, they can be rescued by clearing the stage with someone else. If they are dead, that’s it. Run out of heroes, the game is over. This latter part is amply true as the game is smart about wrecking progress when hope is lost, wiping out the decent saves. Just as a tip: when things are going well, copy that save to a USB stick. Clearing a stage also rewards items, such as stat boosts to heroes and stronger weapons. This is done in lieu of a leveling system.

There are a few systems in play to help keep the challenge manageable. First is a Bloodborne-inspired health system that rewards aggression. It’s a given that the heroes are going to take a few knocks in their quest. Slashing away at an enemy builds bloodlust, though, which can replenish health by pulling a trigger to Roar. The more bloodlust accrued, the faster more can be tacked on. This gives a bit of of a risk/reward factor. A player could be on their last pip of health with some of the rage built. Is it better to play it safe and recover a little bit of health, known as Vigor in the game, or would it be more advisable to go after the next foe to completely fill the bar for recovery? It’s an interesting take and a decent idea. 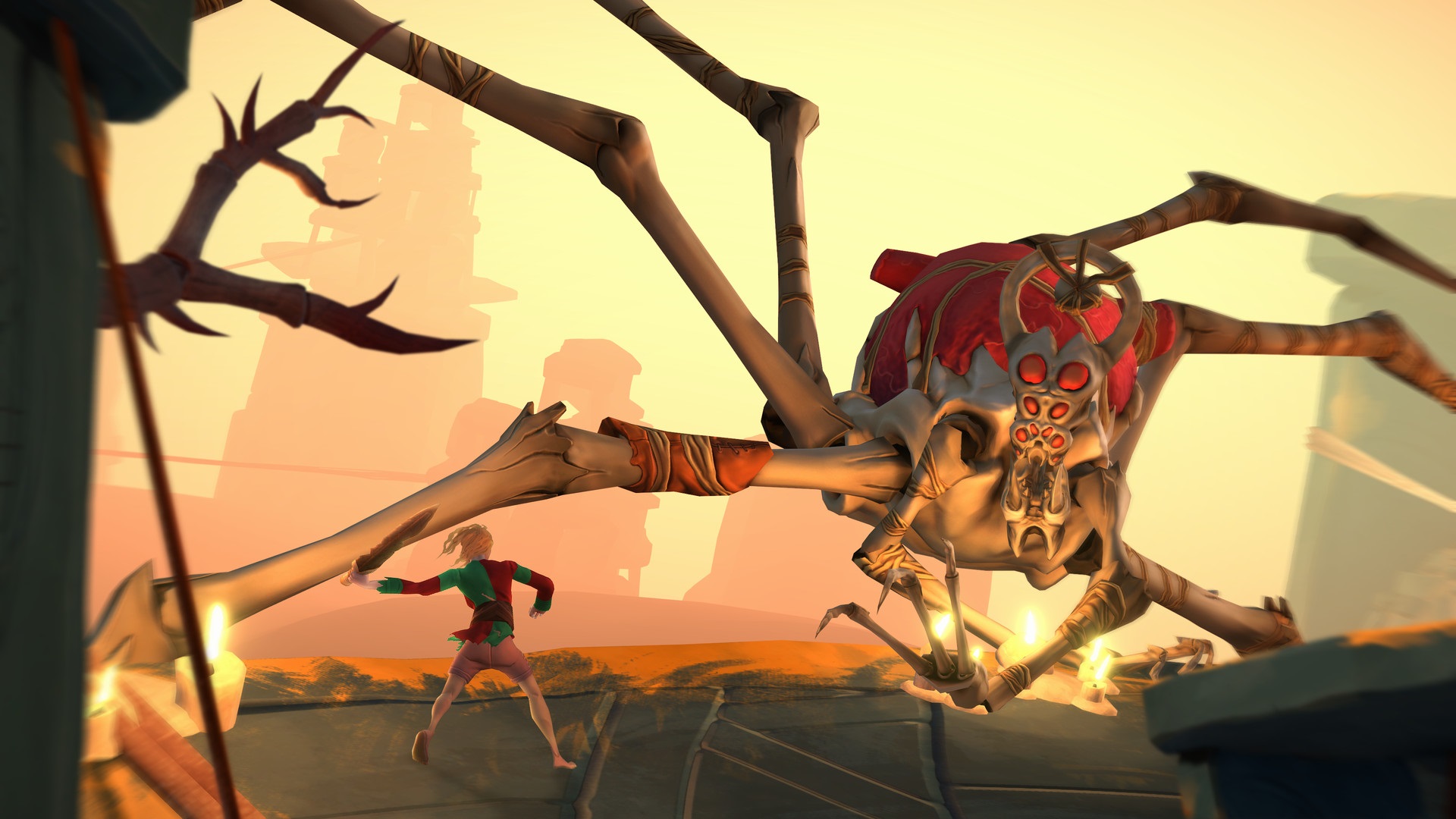 The combat itself is intended to balance the meticulousness of a Souls-like against a more visceral hack and slash affair. Any enemy is more than capable of ruining a careless player’s run; all should be treated with respect. On the other hand, there’s a generous parry window that gives the player a chance to stun the foe and finish them off with weapon or by chucking them off a cliff. This obviously doesn’t apply to the gods themselves.

That pretty much covers it for the features. In practice, it must be said that Gods Will Fall  rapidly becomes a monotonous affair. Part of this is down to the weapons themselves. While play styles may vary, I found that the only viable weapon was the basic sword. It’s quick to swing, allowing for a better chance to stun lock an enemy, and swings can be cancelled into a dodge or parry, which is necessary as it’s possible to misjudge the distance for an attack. The heavy war hammer can be useful, too. Charging a heavy attack can knock down a foe, who can usually be finished off with a jump + heavy attack or two. The lack of a cancel makes this a weapon of last resort, only to be used when the folks with the swords are gone. The spear has a long distance heavy attack that leaves the player vulnerable and the twin weapons offered never seemed worthwhile. 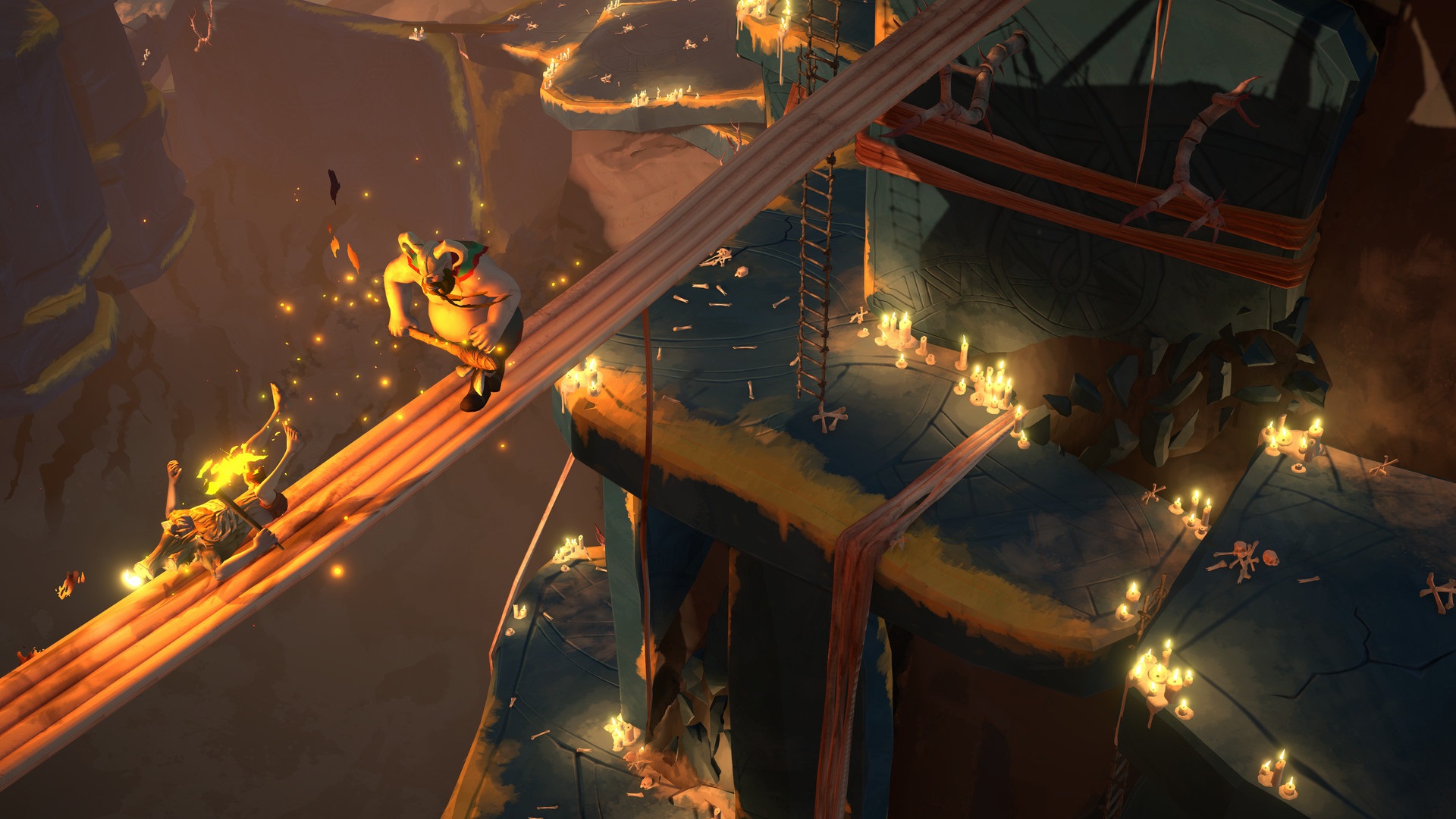 That isn’t all that holds Gods Will Fall back, though. The idea of the stages leading up to the boss is to clear as many enemies as possible, as it will knock health pips off of the god, making for an easier fight. Sometimes, this is changed up and the player should attack totems in the level instead. This does take time as, again, the weaker mobs should be treated with respect, and it can be slow going. During one run, I meticulously cleared the level of all of the god’s vassals I could find and took on the big bad at the end. Through personal stupidity, I blundered off the side and failed, meaning I had to start all over with another hero. Annoyed with the time lost, and not feeling inclined to be methodical again when there is no reward for doing so, I decided to avoid as many of the lesser baddies as I could, making a beeline to the end and taking down the boss. Realizing that was a viable, and more entertaining, way to approach the game, that’s what I did for all subsequent stages. This illuminates the inherent problem: if a game only starts to become mildly entertaining by skipping 90% of it, then the game itself isn’t good.

That’s a harsh and disheartening thing to say in this case as there’s no doubt that the developers are talented. Using the Unity engine, the artists created memorable environments. Blood red grass clashes boldly with the bone white stones. Climbing a ladder gives way to a gorgeous view of a field of candles below. The otherworldly skulls and vertebrae that foes use for armor is genuinely unsettling. Sound design is also well done. Narration is done in a what I assume to be old Celtic dialect. The sound of bone crunching rewards successful hits. No bugs could be found and everything works as intended. It’s just that the underlying design doesn’t quite work. Even the gameplay decisions that don’t work obviously came from a place of consideration and thought. They just didn’t coalesce to create a compelling whole. 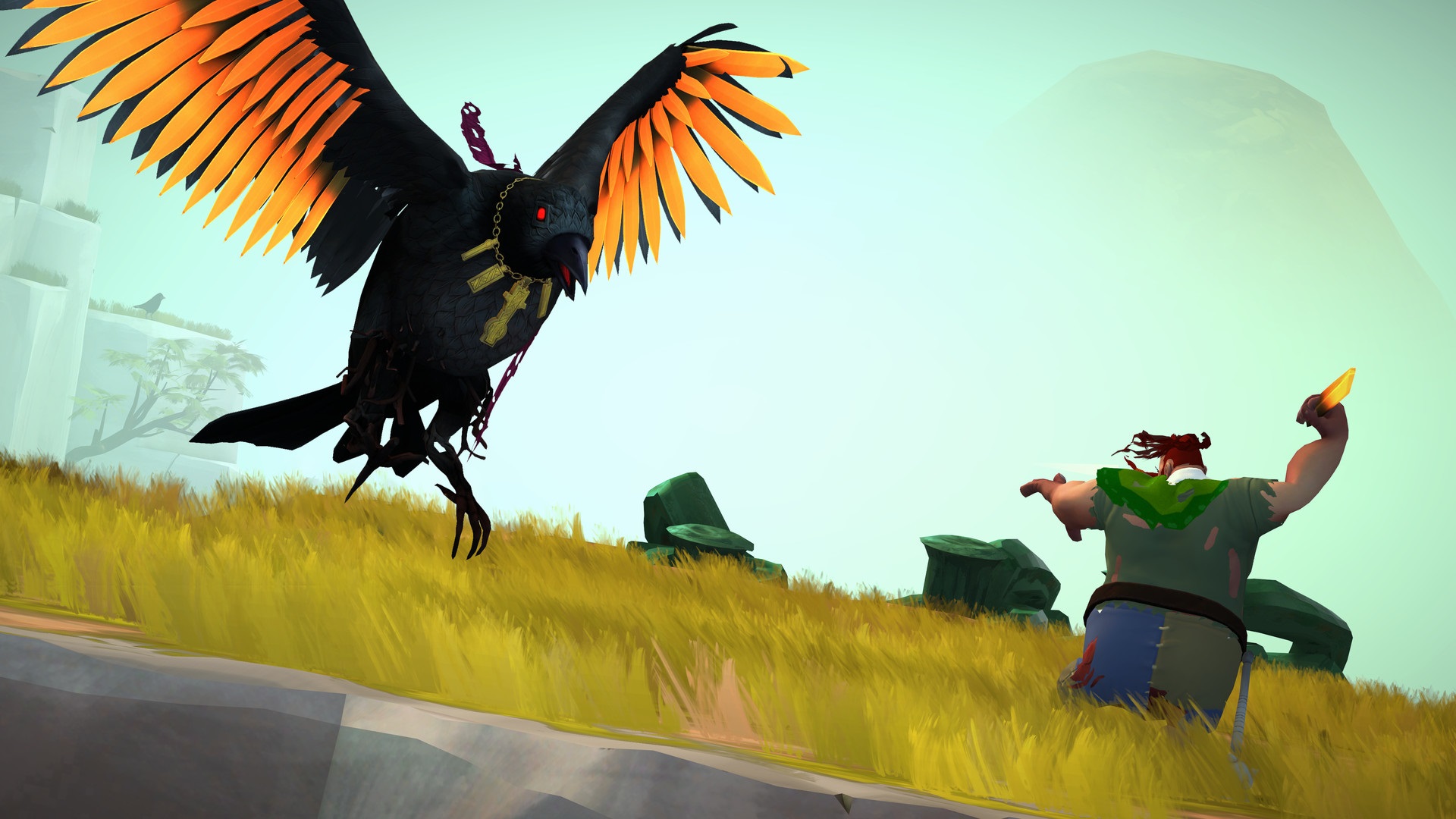 Games built entirely around boss battles can be great. Furi is popular for a reason. Gods Will Fall might have been better served if that was the route they went. Instead, it’s bogged down with levels that, while artistically solid, weigh on the entire experience. There’s one group of folks that should check this out: students of game design. This is not along the lines of “ha ha, this game sucks so bad everybody should see it.” This isn’t Ride to Hell: Retribution. Instead, people much smarter than this reviewer will be able to thoughtfully debate and discuss what didn’t work, why certain things didn’t work, and learn from this. Gods Will Fall is mostly tedious, but it comes from an honest place with real effort. Clever Beans has the talent and potential to create a fantastic title. Their first swing, though, isn’t it.