The American Supercross championship might be the biggest cult racing championship there is in the country. Four years ago, Milestone inked a deal for the license for the Monster Energy Supercross championship to reintroduce a game to the world. There have been a mixed bag of releases, but ultimately each release offered growth for the series. Entering its fourth year and its first on the next-generation consoles, the team behind the game has a lot to live up to since its other racing series have made significant leaps forward. Milestone provided a preview build for PC to show off some of what’s to come on March 11.

The Monster Energy Supercross titles from Milestone have always focused on three modes. The Career Mode in Monster Energy Supercross 4 will start you as a Future Rider and allow for branching career paths. The mode will also incorporate rivals on your path to keep things fresh. The build did not provide access to this, but this is a highlight going into this year’s game. The Compound will return with a new landscape and five new tracks. The set piece for the free-roaming mode is set in the Maine Islands, so expect a coastline with woods and terrain changes. The small area provided in the build provided spread-out terrain, so players can line up big jumps as it should allow for excellent racing with friends. There’s also a day-to-night transition that has been incorporated. The Compound will include new challenges that will allow players to unlock more gear. Players can once again expect a ton of customizable licensed gear including outfits and parts in the game. 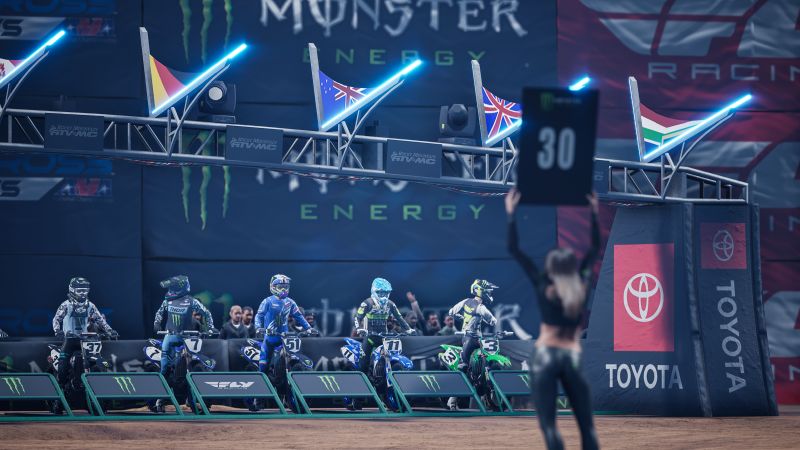 The Track Editor is the other big attraction to the series as it returns this year. The process of creating a track seems much improved with a simpler UI and faster loading times. The faster loading times can be seen across the board if you have a high-speed SSD, and this should bode well for the PlayStation 5 version. Players can still share and download tracks for play. Upon completing the track, players will verify the layout with AI on it. The Track Editor looks to continue to be a rabbit hole to get sunk into for hours.

Monster Energy Supercross 4 will launch on PlayStation 4, Xbox One, PlayStation 5, Xbox Series S/X and PC. MXGP 2020 offered the haptic feedback and triggers for the DualSense, so the same should be available for PlayStation 5 users. Playing the build on PC, however, was a completely different experience. While I missed having the DualSense, playing the game cranked with a RTX 3080 in 4K with a high refresh rate monitor completely changed the experience. Things were faster, smoother and felt overall more responsive. The FPS ranged from 90-120. Maybe, at some point, the next-generation consoles will get this in a performance mode, but it’s nice to see that the PC version will not be capped at 60 FPS. 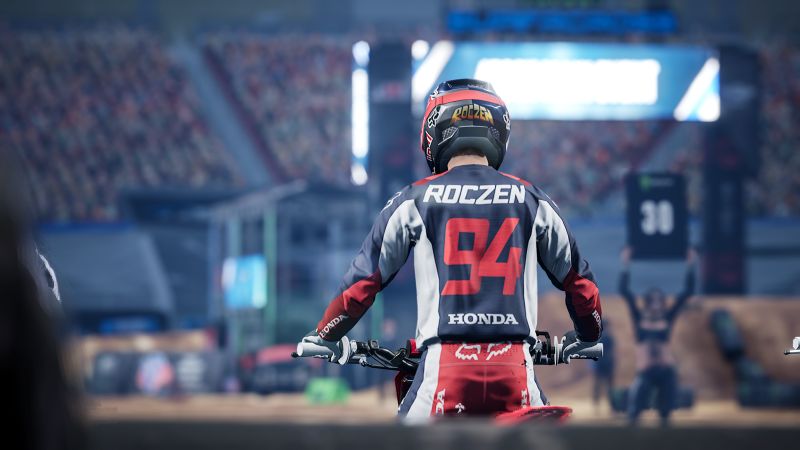 Milestone is once again using the previous season as the basis for the game. All the riders, bikes and stadiums will stem from the 2020 season and not the new Monster Energy Supercross season that just kicked off. This doesn’t mean you’ll get the limited schedule or tracks from the actual 2020 season, which was truncated thanks to the pandemic. Everything from the 2020 season will be offered here including 450SX and 250SX bikes and riders.

Milestone is looking to build on its moneymaker modes. The Career Mode will offer a new and deeper experience for players, while The Compound will put you in a new locale and allow free roaming with friends. While there was still work to be done on the actual racing, the experience offered a focus on smaller details and animations that will be seen come its release on March 11.