We have a ton of rougelikes with deck-building mechanics right now, and after the success of Slay the Spire, you can bet we’ll still have a ton more down the line. And with so many, these types of games need to bring something special to the table in order to stand out. And while Roguebook, the new game from Nacon and developers Abrakam Entertainment, looks pretty, it needs a solid hook in order to…

For those of you who don’t know, Richard Garfield is the creator of Magic: The Gathering, AKA the game all collectible card games owe a debt of gratitude to, AKA the game whose online version is still currently an eSports staple, AKA the reason all of these deck-building games arguably even exist in the first place. So yes, his involvement here is what I would consider to be a big deal. But Richard’s presence doesn’t automatically guarantee success and Roguebook still needs to stand on its own two feet. And is it a possible success? 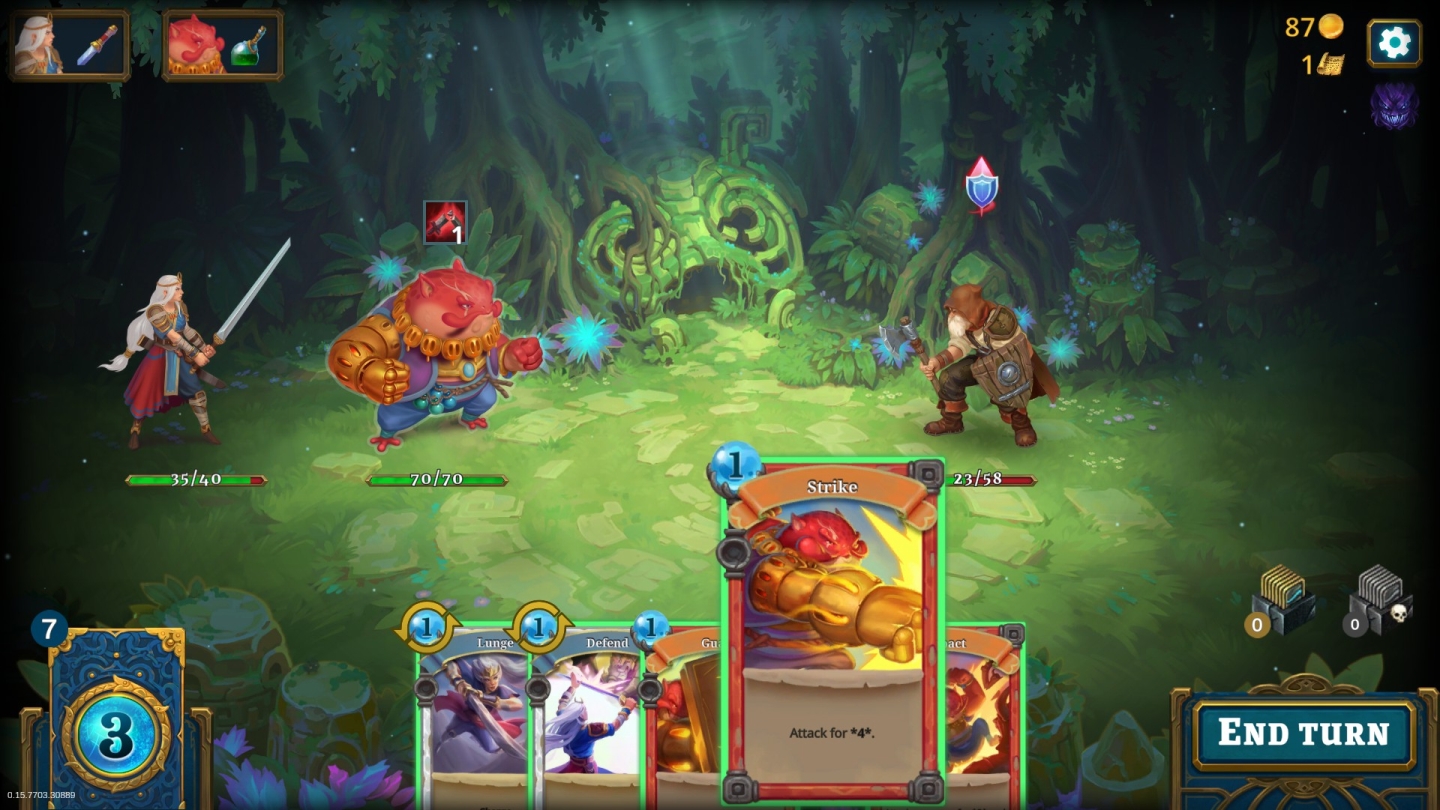 Set in the same universe as Faeria, the developer’s previous game, Roguebook sees you setting out on a journey in order to defeat the titular cursed book, which naturally threatens the world. Traversing the book in the unique gimmick, as it uses a unique ink-baked system in order to explore each land. At the beginning of each randomly-generated section of the book, a hexagonal grid is created, and a path is directly made from your starting area to the boss. Along that path will likely be a normal battle, a tougher elite battle right before the boss, and a couple of areas where you can pay gold to draft a new card, visit an alchemist to transmutate one, etc.

Of course, you aren’t just supposed to stick to the path. With each new area, you get five brushes to use, which reveals every hidden area around you within a two tile radius. So you have to explore each area for gold, possible events, opportunities for new cards and more. And how do you gain more ink, you may ask? You have to defeat enemies, of course. Normal battles reward you with a simple vial of ink that can, say, reveal five tiles in a straight line, among other things, while elite battles will provide an entirely new brush. So this is where the traditional risk/reward factor present in any good roguelike is present, and Roguebook has a good twist on it, tempting you into seeking out more foes and encouraging your bloodlust. 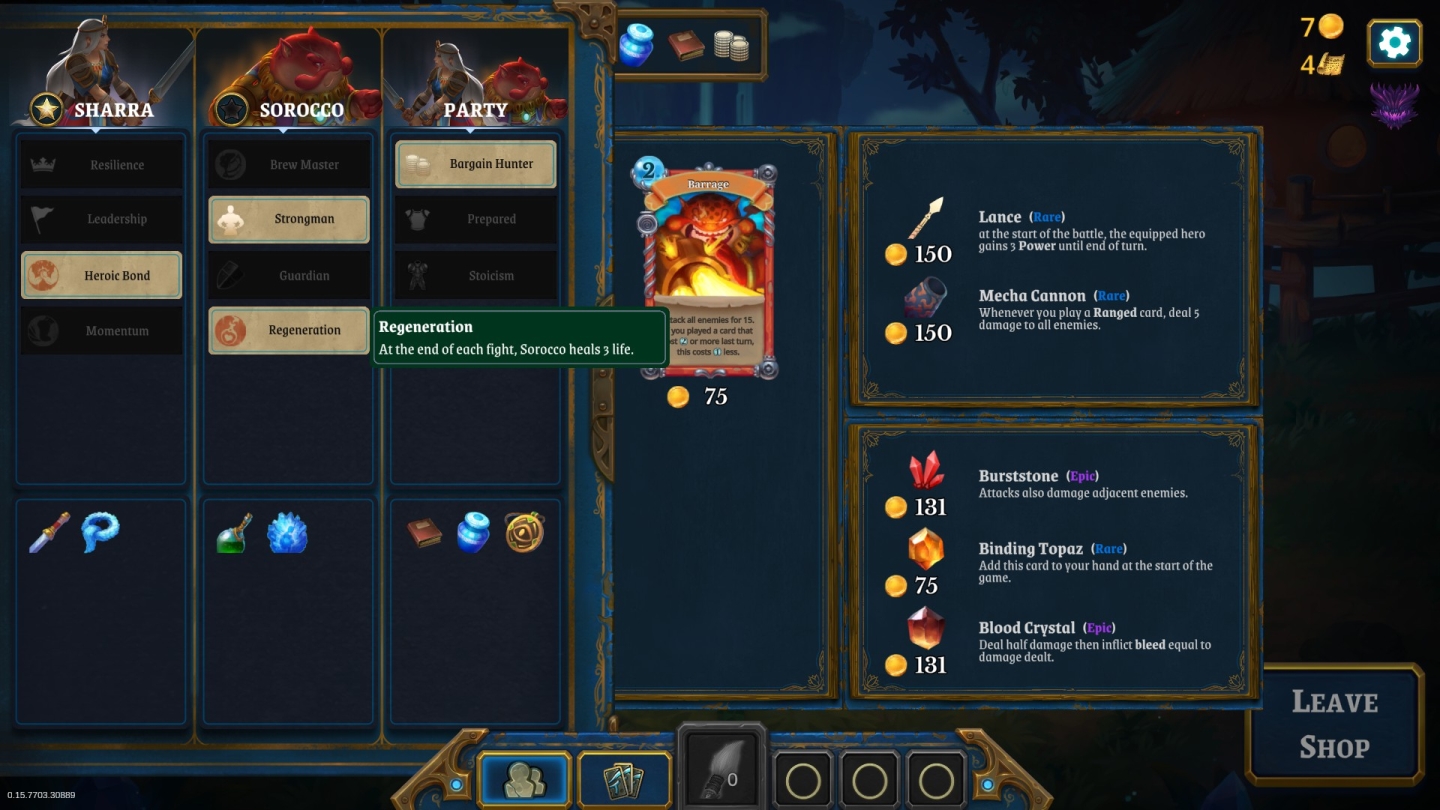 Sadly, this is also where the one notable flaw with Roguebook lies, in that a good chunk of it does feel even more luck-based than any other similar game in the genre. You do have an idea where a couple of points of interest like towers that reveal more of the map and rare items that provide buffs are, but no hints as to where impassible bits of scenery will be. So it’s possible to hit a dead end and run out of ink, with no more battles to tackle. There’s also no guarantee if you’ll come across any areas that can refill the health of your heroes, which tend to be few and far between at times. Throw in the fact that you’re not always going to get the best cards that you want and things can get frustrating on occasion.

Luckily, Roguebook still has a ton of enjoyable combat to make up for it. At the beginning, you select a fellow hero to recruit (with only Sorocco the half-ogre first mate available at the moment) and they join up with you for the rest of the journey. Each one has their own set of cards that you’ll unlock, of course, with different techniques. The combat is reminiscent of Monster Train, both in its visual style (which nicely runs the gamut from the cartoonish to the more traditional fantasy characters) and in that placement of the warriors on the playing field is important. Both heroes share the same amount of blocks that you can build up with certain cards and effects, and enemies can only attack whoever you have in front, so knowing which cards to play in order to keep your current best defense in front makes for good strategy.

There’s a lot more to consider as well, alongside the traditional card-based attacks, management of energy to spend them and various passive buffs and card enhancements you can gain. Certain cards have combo statuses, for example, which lowers their cost if you played one of your teammate’s cards before it. Or allies you can play that allow for additional attacks and/or benefits. And then there’s the fact that should one of your heroes dies in battle, all their cards disappear from your deck, replaced by song cards that can revive them if you play enough. There’s a hefty variety of cards to work with, which keeps things fun and refreshing. 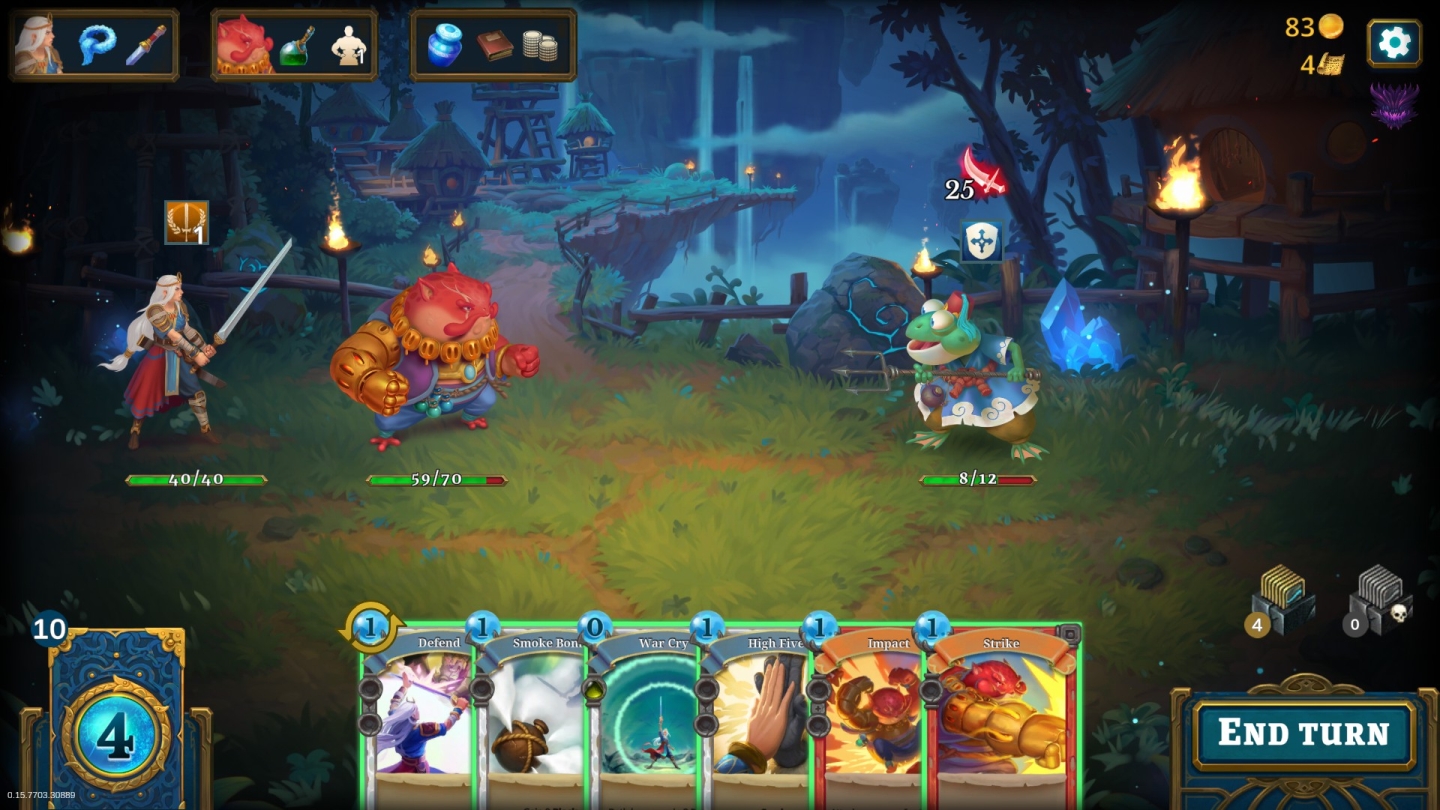 It helps that Roguebook doesn’t just provide you with a huge chunk of cards, but actually encourages you to create massive decks as well, in contrast to other games that suggest a more streamlined deck (which makes a bit of sense considering the earliest days of Magic: The Gathering and the legends of Plague Rat decks and the like). In particular, gaining more cards in your deck unlocks various parts of a skill tree, selecting between boosts for either hero on their own, or for everyone as a whole. It’s a nice change of pace, and makes the variety is emphasized even further.

Roguebook probably isn’t going to be a success on the same level as Magic: The Gathering, but it’s a enjoyable roguelike card game and dungeon crawler regardless. Much like another deck-builder I previewed this past month, Loop Hero, it basically threatened this preview with any delays due to it making me want to go back in just for one more run, which then resulted in two or more runs. And again, that’s arguably one of the best signs of quality. You can check out the preview for Roguebook right now for yourself during the Steam Game Festival, and then keep June 24 marked on your calendar, when the game is officially released for the PC (with console versions to follow later).