Razer has announced two new laptop accessories for your docking needs. The first is the Razer Thunderbolt 4 Dock Chroma. Users who like to use their laptop like a desktop will now have an option to do so with Razer Chroma. This dock comes with Thunderbolt 4 equipped and is compatible with the Razer Blade family and the Razer Core X and X Chroma. It features four ports for Thunderbolt 4 and ten ports for forward and backwards compatible connections. Users can expect a 40 Gbps data transfer rate and a 90W power delivery for laptop charging.

The Thunderbolt 4 Dock Chroma will offer a compact form factor and it weighs only 0.75 pounds. It’s comprised of a matte black aluminum and is powered by Chroma along the bottom of the dock. It also features built in support for 11th Gen Intel Core mobile processors, Mac systems running Big Sur and later. It will also offer support for up to two 4K monitors or a single 8K monitor and will also be USB4 compliant. The dock retails for $329.99 and is available for pre-order from Razer.

The second device Razer has announced is the Laptop Stand Chroma V2. This stand is more subtle than the Thunderbolt 4 Dock Chroma as it offers a four port hub and dual monitor output. The stand features an aluminum ergonomic construction for maximizing airflow and durability. Users can charge their laptop via USB-C. The stand sits at an 18-degree angle for improved ergonomics. This is also available for pre-order at Razer for $149.99. 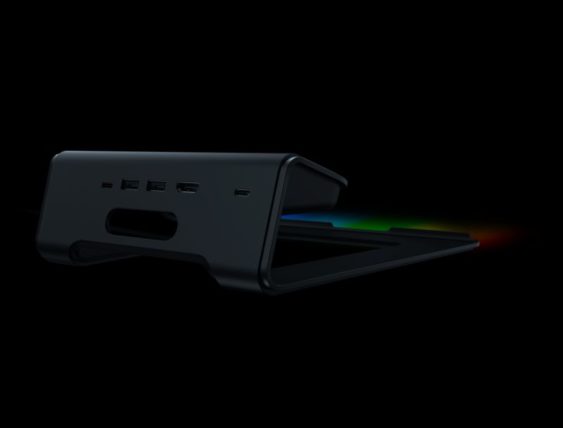 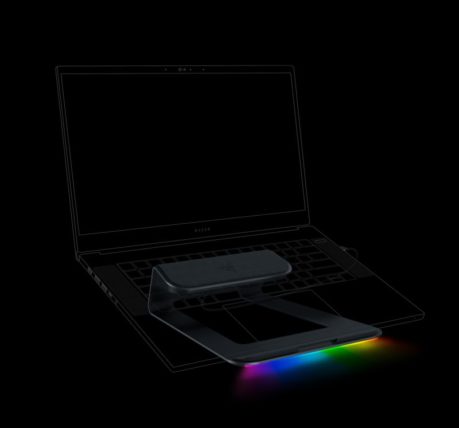 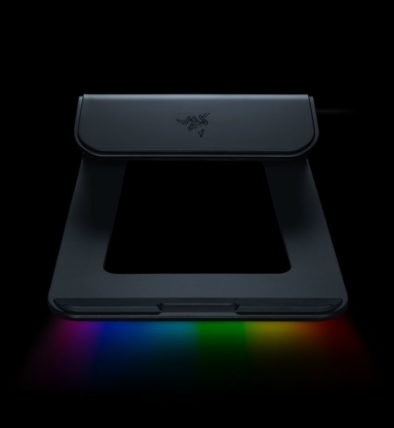