It’s nice, once in a while, to be deceived. Not because I enjoy someone or something acting maliciously with the truth — or that I, like a lot of people, don’t mind being lied to — but rather that a given studio or developer can still find a way to subvert and surprise. Expectations weighing heavily on the presumptions that its visuals and its premise initially paint. Regardless of how much, or little, you’ve bothered to show a game beforehand. One look at Minute of Islands‘ hand-drawn, child-friendly illustration style — with its bright colors, sprawling layers of detail and semi-abstract character design — is sure to lead you down one path. The path of security and safety in what’s come before. An artistic method often right at home for kids, but also one that has been used plentifully (but reasonably well) in many a previous adventure-oriented game. Often an aesthetic used to invoke an easier-going form of story-telling. The visual detail isn’t so much irrelevant, as it is not that important to draw on. Just appreciate the eye-popping palette and the happy-going narrative and you’ll be fine. 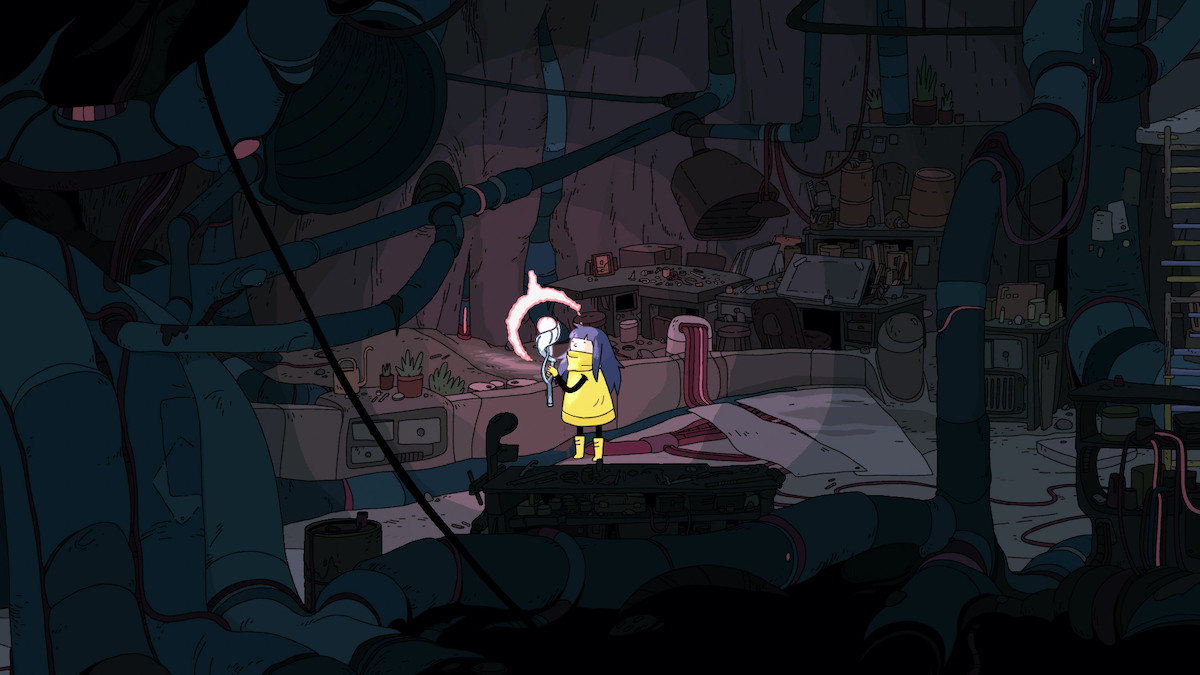 That’s not the case with Minute of Islands. A game — as offered in its latest demo — that makes it abundantly clear from the off, that something about its world is off. Our starting point, down in the bowels of some sort of underground cave where Giger-like contraptions litter the surroundings, but also serve as our means of moving in and out of given spaces. Devices very much described as machines, yet are also noted for housing — in one moment — a “membrane” of sorts. Doors that sloppily expand and contract like muscles or arteries. And if that wasn’t enough, as you make your way outside, you’re greeted not only by the bones of a species the game not-so-subtly seems to point towards not being any genus of fish (or sea creature for that matter). But most strikingly of all, the carcass of a giant whale — intestines littering the ground as seagulls peck at its body. Themselves, on occasion, missing a limb and generally looking worse for wear.

Worse for wear is perhaps putting it lightly in the case of Minute of Islands‘ opening. Even as you make your way upwards and onwards to each island’s peak so as to fix the required air purifiers. Simple in structure the gameplay is — making sure to highlight which parts of the 2D world are climbable, enough that they’ll stand out — the further you go, the greater the uncleanliness seems to stick to you. Partially-ruined worlds are nothing new in the realm of video games, nor is the irrational idea on taking a shower to remove one’s self of the filth. Even the premise of playing someone whom may well have been a part of that world just as it collapsed, again is not that unique a pitch. What’s interesting, however, is how Minute of Islands uses the standards and expectations of its visuals — the bountiful amount of shapes, colors and easily-digestible references — to then twist all that into something that isn’t as breezy or as easy-on-the-eye, as you might expect. 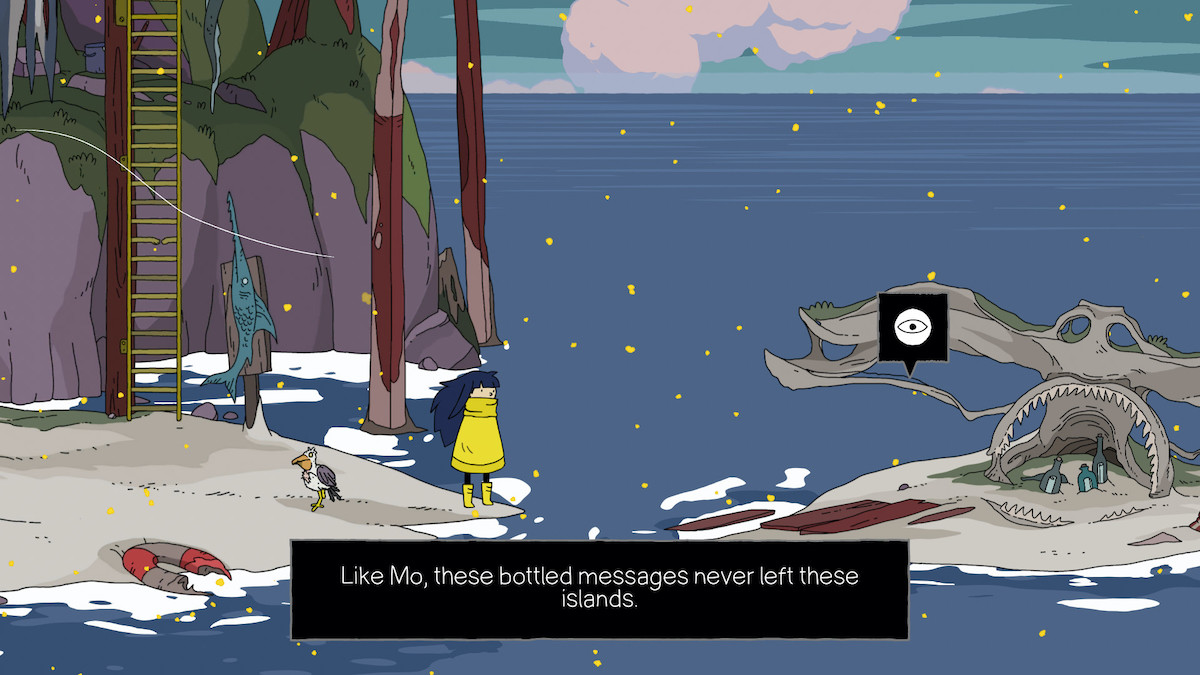 The feeling of uncleanliness and an otherwise strange synergy of organic and synthetic continues. Fungal substances clawing at wildlife that appears to be taking its final few breaths — struggling to stay alive. Even the color palette, when you close a little closer, appears slightly washed out. And not through age or some far-flung event from before, but some other current, sickly underbelly. The ocean itself isn’t even a vibrant shade of blue, but a slightly paler, metallic blue — one mixed with goodness knows what chemicals. Even if its controls aren’t the most complex — hold a button, press a button, complete the objective — Minute of Islands draws you in, that suspicious set-up and feeling that there’s some otherworldly, dare I say alien-like, reason for these machines, enough to carry you on. In all their biomechanical dexterity and sheer presence as both support and hindrance on your quest hopping from one island to the other. How entwined to these isles’ fate are they really?

To say Minute of Islands is eye-catching doesn’t go far enough with why it’s drawn such a positive and curious looking into. It’s the twisting of an otherwise safe and standard affair for storytelling where its hooks may potentially lie. And not with the sheer wealth of visual detail, in all its messy, ruined, left-to-wither complexity. But there’s something else off in the figurative distance that feels too off-putting. Colors that don’t pop off the screen, as they perhaps should do. Some abnormality that has perhaps given this otherwise friendly and approachable aesthetic its awkwardly-twisted demeanor. Even as the game tries to masquerade as this humble little adventure revolving around a lone girl and her contraptions, it’s that filth — that dirtied, unwashed, uncomfortable feeling — that drives you on. Consider me intrigued; Minute of Island‘s off-kilter, visually-askew exterior is but one of a handful of mysteries I want to have answered.