To start 2021, Razer is thinking outside of the box with its initial peripherals. The new Viper 8K Gaming Mouse looks to provide an edge to competitive gamers that use a display with a high refresh rate. Razer has also introduced a new keyboard, the Razer Huntsman V2 Analog, that the company claims resembles a controller thanks to the technology powering the device. What’s great about this Huntsman keyboard is that it maintains the same design as the Huntsman Elite, which was the best-selling keyboard in the series. Razer has introduced Analog Optical Switches that revert to a more simple execution, but it’s powered by complexity and customization.

Rather than being limited to eight directions, the Huntsman Analog V2 emulates a joystick. The goal is to get the best of a controller with the analog joystick emulation while providing the mouse and keyboard experience. If you’re an advanced user, you can actually go into the Razer Synapse software and customize individual keys to mimic the joystick experience. More importantly, the can customize the actual actuation points at where each key press is recognized. This ranges from 1.5mm to 3.6mm. A shorter actuation point is better poised for series that require a quick reaction such as Call of Duty and DOOM. The longer actuation may be aimed more towards a series that feels heavy like The Division, or potentially, Fornite.

In execution, the Huntsman Analog V2 adds an entirely new dimension to gaming keyboards that hasn’t been seen elsewhere. Setting the higher actuation point on The Division 2 allowed for the flow of movement to improve the game’s experience. Not only that, but the freedom of the being able to emulate a full 360-degree range meant everything felt smooth. Running to try and take cover didn’t feel so linear, and in all honesty, I never realized that this was an issue in the past. DOOM Eternal felt even more instantaneous when running and strafing, which is something I didn’t think was possible when the actuation point was set to its shortest. There are varying degrees of settings to play with on this keyboard that will individually improve your experience. 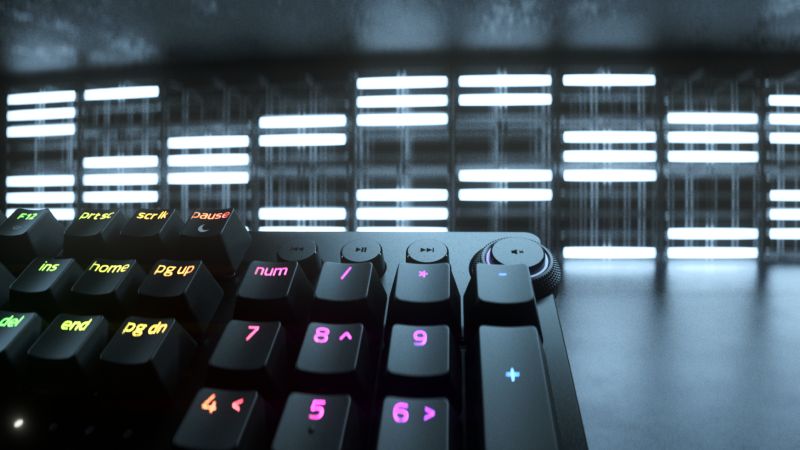 Since this mimics a controller or joystick, racing games should feel much better using this keyboard. Testing out Forza Horizon 4 did allow for a solid experience. Dropping the actuation point to its shortest, the racing felt incredibly responsive. I’m not saying get ready of your steering wheel setup, but games that also feature driving within the title such as GTA V and Cyberpunk 2077 should allow for a better driving experience. I was impressed with how responsive Forza felt using this keyboard. One aspect that I feel is omitted from the Huntsman Analog V2 is the ability to have actuation settings for individual titles, much like a profile. If you only play one or two titles, it probably won’t be an issue, but as stated above, using both DOOM and The Division shows off a variable of gameplay types that will cater to a different setup. As of now, this requires going in to Synapse and changing the settings prior to playing each title. If you can save lighting profiles in the software, I believe having this option would help quite a bit.

What further pushes the gameplay possibilities with this device is the inclusion of double-step actuation. Yes, you can map two commands to one key. Going away from the traditional sense of the keyboard registering a 0 or 1 for a key that is pressed, the Analog Optical Switches that are embedded in the device allow for a scaling level of input. The switches still use the speed of light with infrared light to register presses, but there’s now a sensor that measures the intensity of light that passes through the area. The dual-step actuation comes in when you want to streamline actions, such as arming and throwing a grenade. Another might be a driving game or situation where you want to turn but also hit the emergency brake at the same time so you can drift around corners. These are little aspects that can provide a competitive advantage, but there’s an adjustment period for this. This is accomplished by adding a secondary function within the Razer Synapse software to each key. 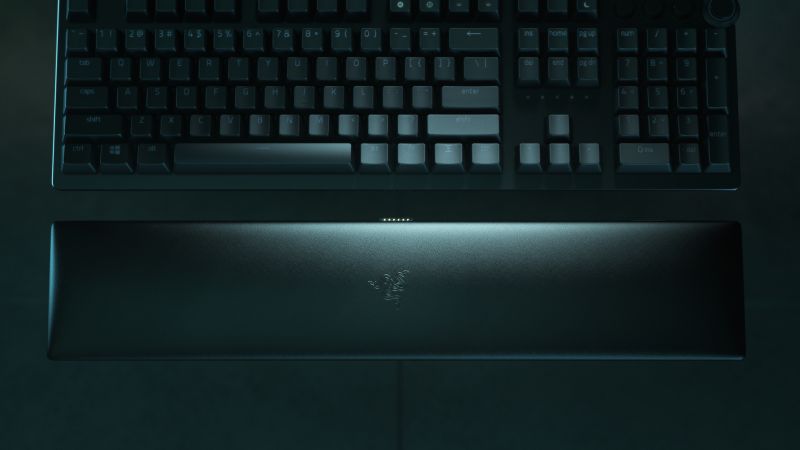 How does using the Huntsman Analog V2 feel? For one, this keyboard is quiet. Each press doesn’t give a discernible amount of feedback nor resistance, but the keys are springy on release. It feels fast. Pressing the keys makes them feel bigger than what they actually are. This is most likely due to Razer’s inclusion of Doubleshot PBT keycaps. These are comprised of a two-layer plastic injection mold that provides a sturdier key for longer durability that can nab 100 million clicks. There’s also under key lighting to make the RGB come out even more than previous Huntsman keyboards. Each key is also textured for better grip when either gaming or typing. The keycaps are also available in various languages including Japanese, Nordic, UK, French, German, Russian and Spanish.

As previously mentioned, the Huntsman Analog V2 maintains the same basic design as the Huntsman Elite keyboard. There are three media buttons and a physical dial that can be customized within the Synapse software. Razer includes a leatherette wrist wrest that connects magnetically to the bottom of the keyboard. The layout is exactly the same with a few innovations added. This is a wired keyboard that includes two cables, one USB-C and one USB-A 3.0, to power the keyboard and the lighting. Razer has included an USB-C to USB-A adapter just in case your motherboard doesn’t support it. Razer states that it can run on just the USB-C, but I couldn’t replicate this. Razer has also included a USB-A 3.0 passthrough port for charging or daisy chaining other devices. Razer also carries over its excellent RGB options and on-device profile management. The RGB is an improvement over previous Huntsman devices thanks to the new under glow and the Doubleshot PBT keycaps. Players can use Chroma Studios to customize the lighting or go with a profile from one of 150 titles that support the integration. It can store up to five color profiles or an unlimited amount via the cloud. Quick accessibility to each profile is mapped to a combination of the function and menu key on the keyboard. 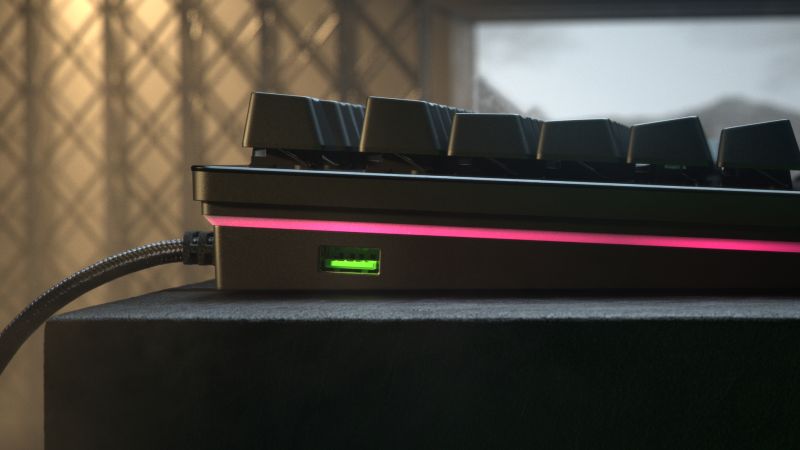 Razer has further raised the technical bar with the Huntsman Analog V2, but this comes down to personal preference. I feel this keyboard is designed for advanced users and competitive gamers that want every edge possible. The ability to customize actuation points to adhere to specific titles makes a noticeable difference. It would just be nice if this process could be simplified with the inclusion of profiles or the ability to download another user’s setup with a share option. The keyboard accomplishes what it sets out to do, but the feel of the keyboard itself might not suit your preference. It also offers premium pricing at $249.99, but the technology in the Huntsman Analog V2 warrants it if you’re able to get the most out of it. Either way, the Huntsman Analog V2 keyboard may have you putting down the controller thanks to its excellent emulation.