Team Ninja’s brutal hack-and-slash series, Nioh, is finally available on PS5. Releasing in 2017 (Nioh) and 2020 (Nioh 2), the franchise blended difficult but fair combat system, intricate level design and a beautiful artistic style that helped set it apart from its contemporaries. It’s those elements that made the games a hit on PS4 and now players can experience it again or for the first time on PS5.

After several days with The Nioh Collection, which bundles together both games and all their downloadable content into one package, it’s clear that both games are a complete upgrade across the board. Team Ninja has taken full advantage of the PS5’s capabilities when building their remasters, giving players a vast slew of graphical options, SSD enhancements and even cross-gen options. 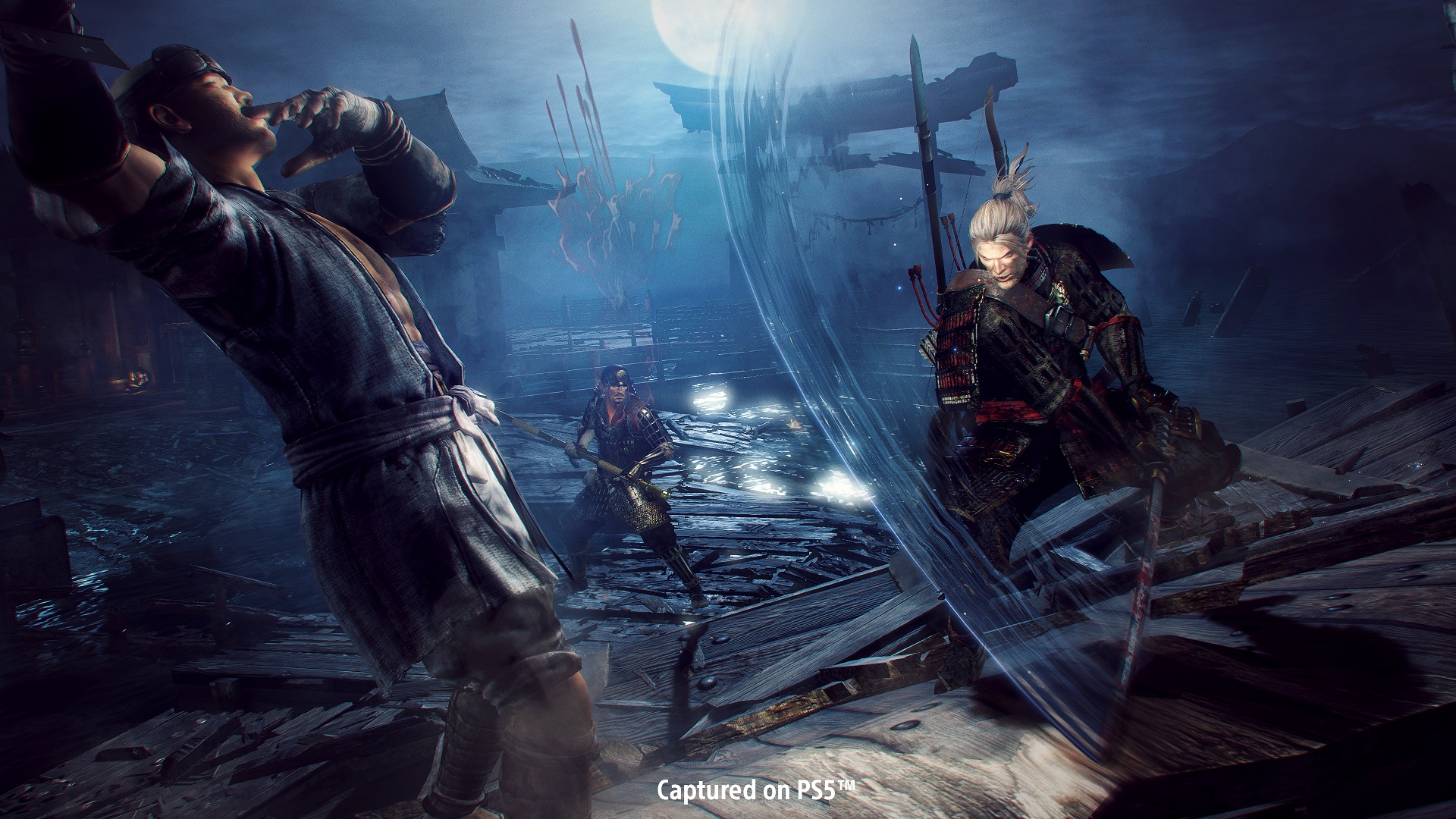 The PS5 is a beast of a machine, sporting vastly improved internals compared to the PS4 Pro and especially the base PS4. PS4 games that have received PS5 upgrades all feature more details, enhanced frame rates and generally lean towards native 4K. This is accomplished through different graphical modes that allow players to prioritize what they find most important. The Nioh Collection is no different with both Nioh and Nioh 2 featuring three graphical modes.

In-game, the results are outstanding, though uneven across both games. Nioh runs the best, maintaining high resolutions and frame rates with nary a dip. Nioh 2 suffers from a handful more performance hiccups. Despite this, the Nioh Collection provides three great ways to experience both games on a PS5. 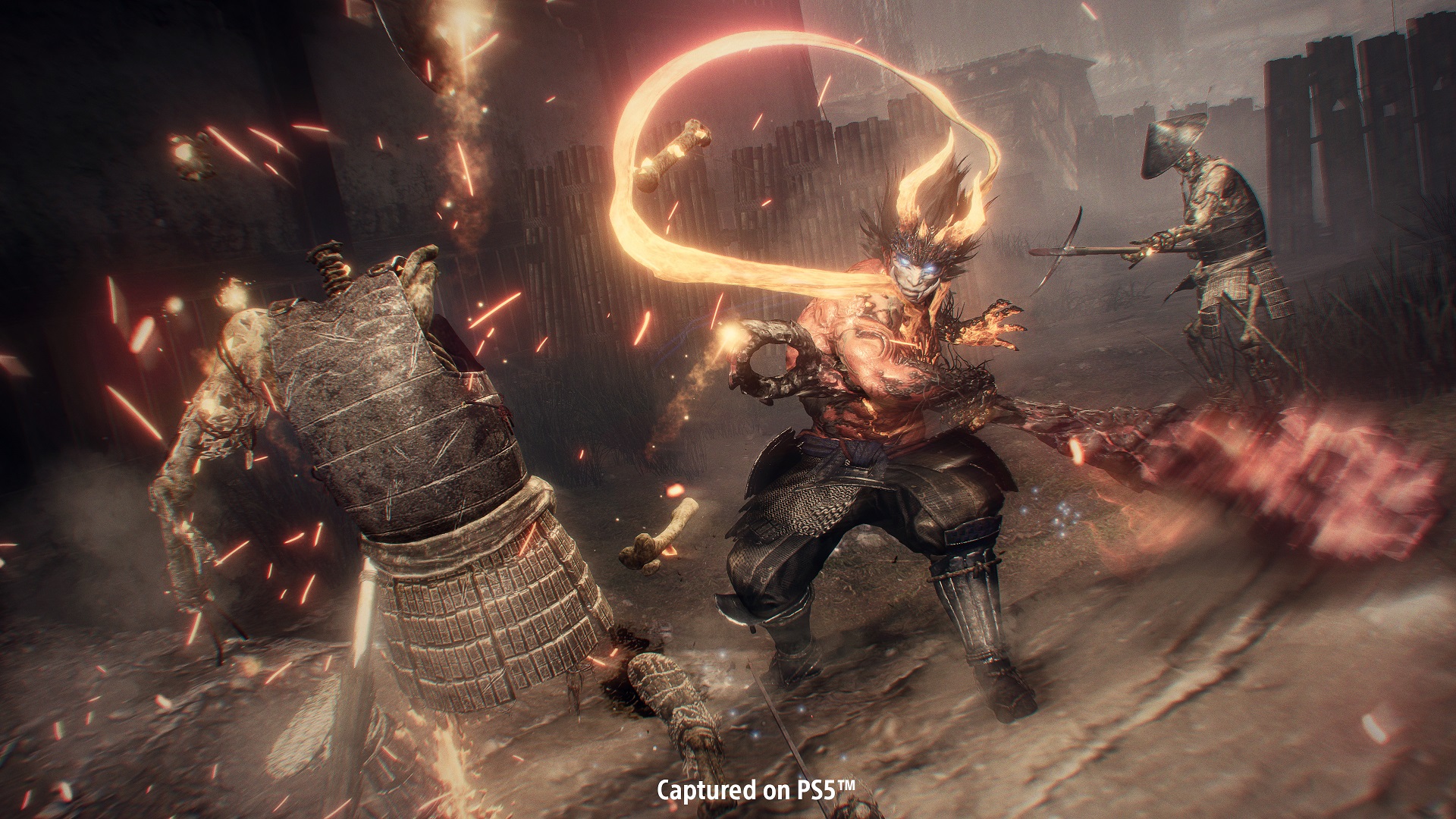 Loading times had gotten completely unmanageable by the end of the PS4 era. Watching load screens that could last up to a minute or even longer became inevitable, but they were always most annoying in games like Nioh where death could be common. Though not overly egregious, the 20-30 second respawn times could get annoying when working through particularly tough sections.

Sony developed the PS5’s SSD technology to nearly eliminate load times and that’s exactly the kind of results players can expect in the Nioh Complete Collection. It takes only about two seconds to respawn, making it near instantaneous and significantly reducing frustration. 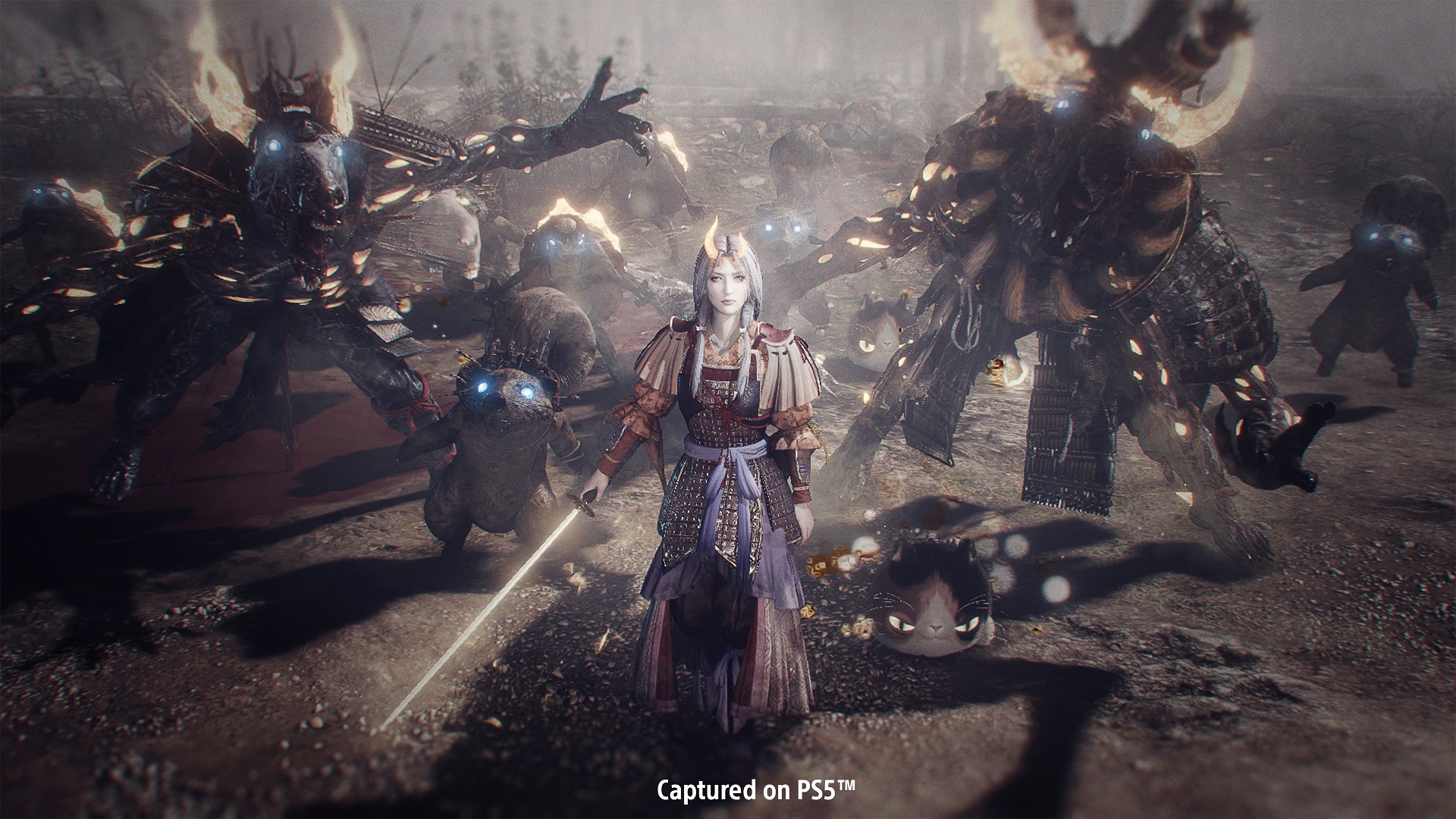 Cross-Play and Cross-Save with PS4

Nioh has been available on PS4 since 2017, while Nioh 2 launched on PS4 a year ago. Both games have a rabid fanbase playing the game to this day and many may want to hop back into their old save files. Those who managed to get a PS5 but have friends still on PS4 may also want to play with them. Thankfully, Team Ninja thought of everything, offering both cross-gen play and saving.

In the settings menu, players can toggle the option to open up multiplayer with PS4 players, or restrict it to PS5 players only. Meanwhile, under the System Menu, players can manage download their saved data from cloud storage. Of course, to do this, you’ll need to upload your save file to the cloud on the PS4 versions first.

It’s an elegant solution for both new and returning players. Returning players can pick up right where the left off, while new players get a larger pool of people to play with. Unfortunately, there’s no cross-play options with PC. 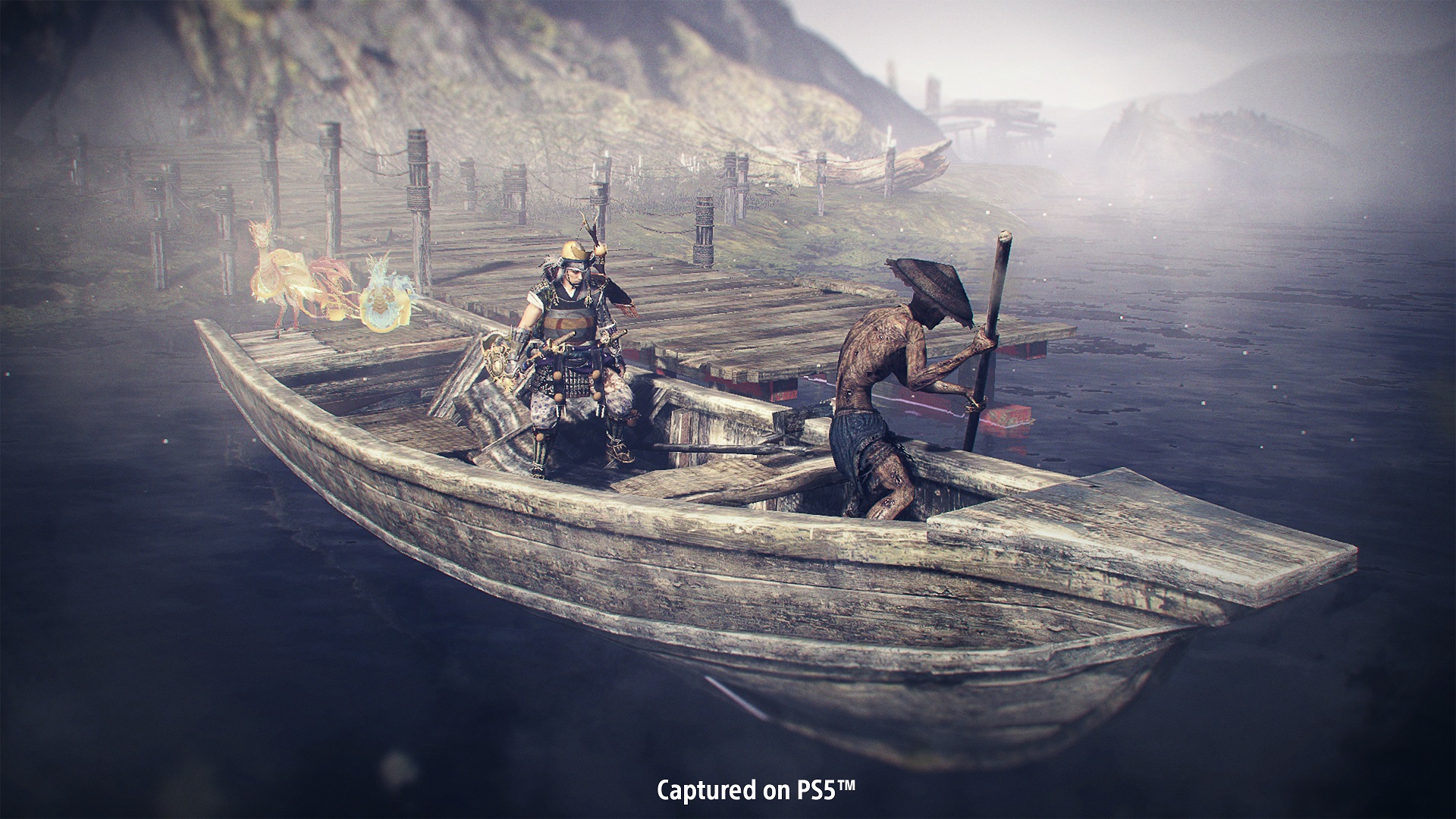 The Nioh Collection packages both games and every single piece of previously released DLC. In total, players get both base games and all six story expansions, which also include new weapons and armor. Here’s what’s all included:

Fortunately, for Nioh 2 owners, anyone who owns the base game and any of the DLC on PS4 can upgrade those pieces to the PS5 version at no additional cost. There’s also Nioh 2 – The Complete Edition available on PS4, which also includes the free upgrade. Unfortunately, it doesn’t appear that there’s any upgrade path for Nioh. 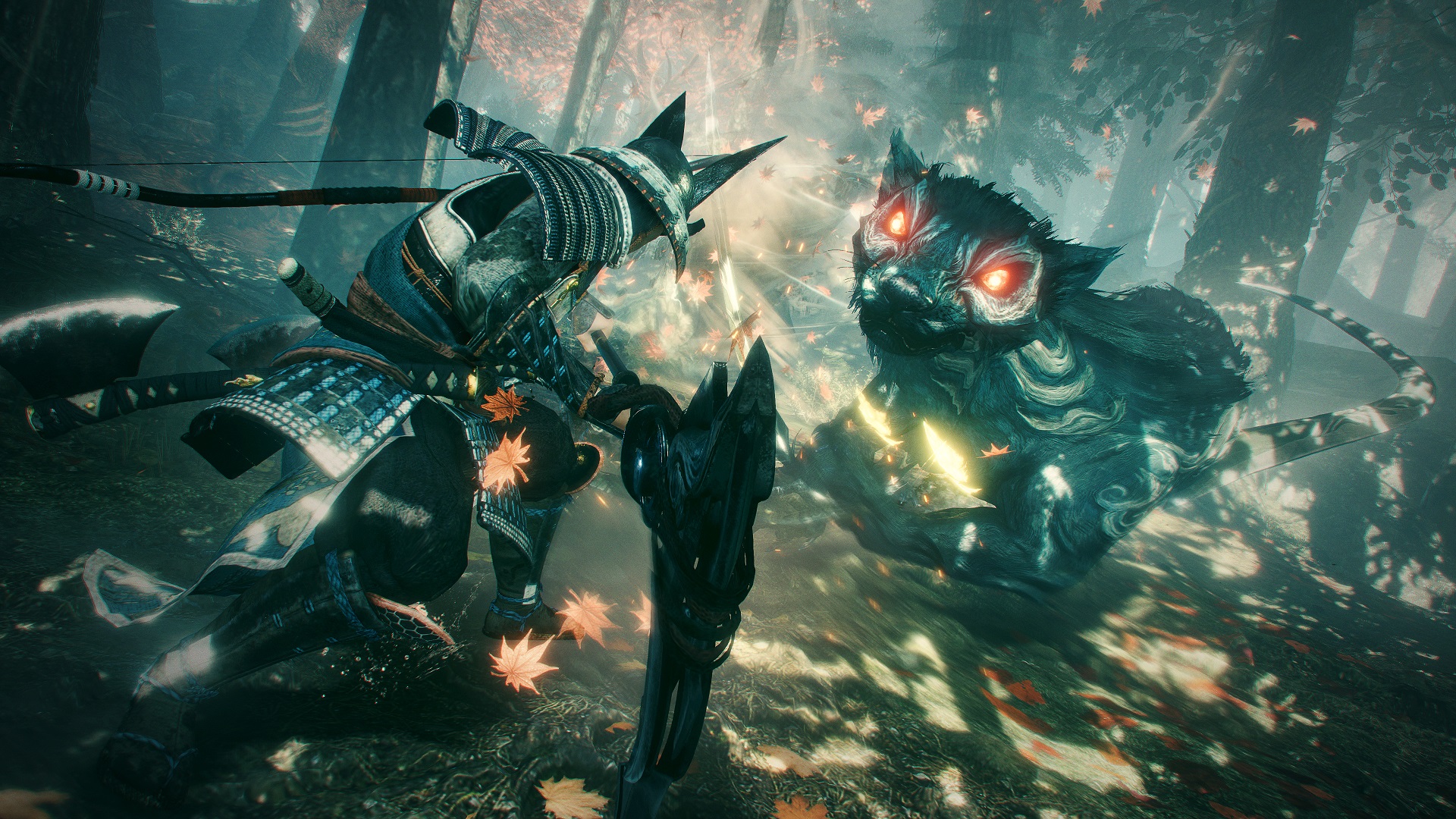 Like any good PS5 games, The Nioh Collection makes use of many of the console’s new features. This extends to the new DualSense controller and its haptics and adaptive triggers. The game allows you to feel the pullback of a bowstring and the feedback of a weapon hitting an object.

Those with a 3D headset can also enjoy the new 3D audio, which is beneficial for hearing enemies trying to sneakily jump you. There’s also deep integration with the PS5’s Activity Cards, providing a clear view of their progress in each level and what Trophies they’re close to earning.

The Nioh Collection is available now on PS5.