This past summer, 30XX hit the Steam summer gaming festival with a limited-time demo that showcased some of the new tricks offered up from the prior game. It was content-lean, but showcased the revamped and more-detailed sprite art. The characters and environments all looked bumped up, with a GBA-esque palette that goes beyond what you could do on the SNES. Now, roughly six months after that short demo was released, we had a chance to spend some time with a greatly-expanded offering for 30XX. The original 20XX was incredible on both PC and consoles, although the limited demo didn’t have enough content to let the game stretch its legs.

The original game gave you both a Mega Man X-esque experience with Nina and a Zero-like experience with Ace, scratching both itches with one product and adding in a rogue-like element of permadeath. It was a tough, but super-fun game and one that was cool to see evolve as time went on. The character art changed a few times in early access and the hub area got refied. The feature set evolved as did the boss designs and presentation. Instead of just the “moving down leads to boss,” you saw things like dialogue boxes added alongside little cutscenes to set the stage better. These elements continue in 30XX along with new refinements to the overall format. 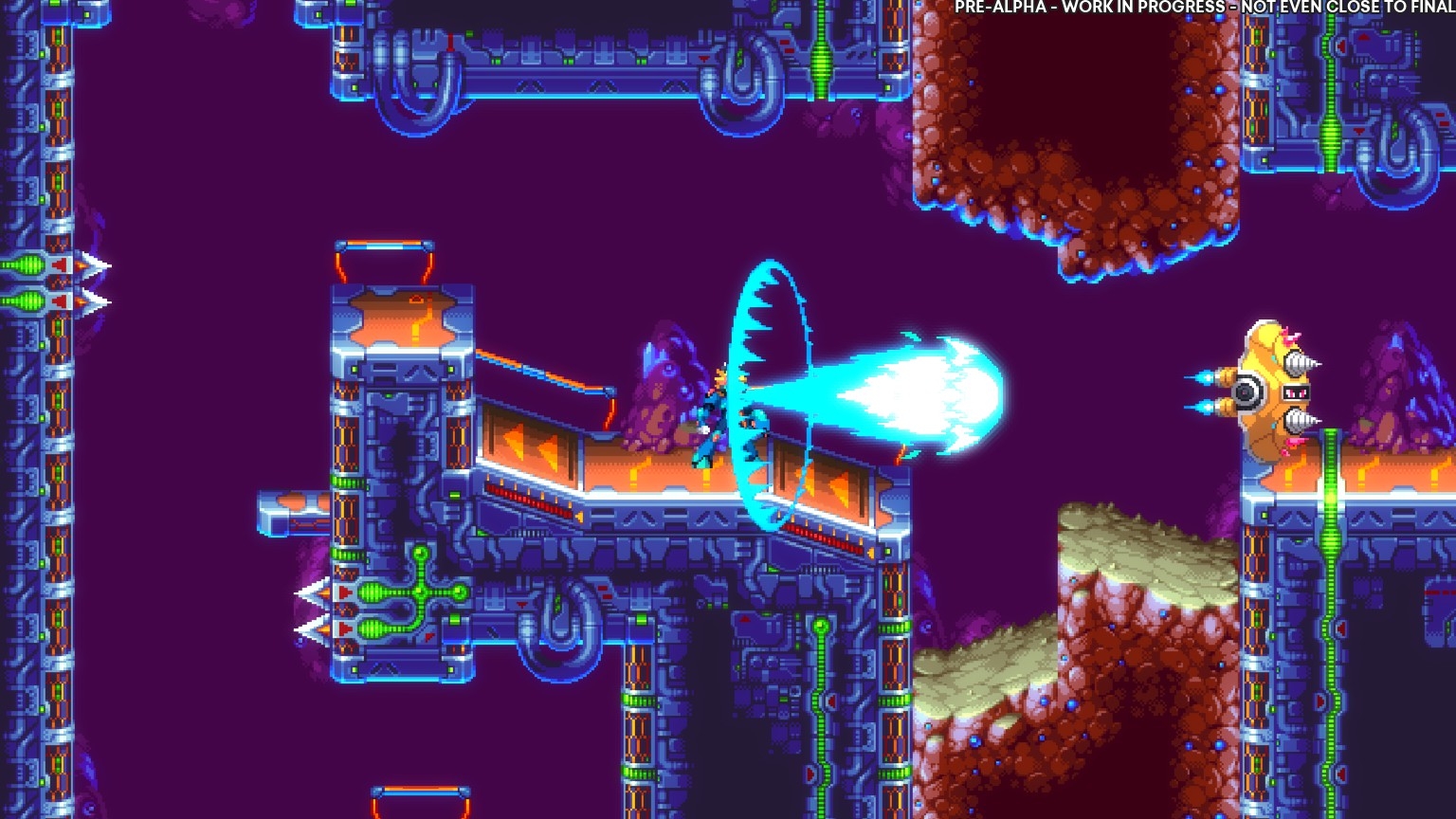 You have the traditional 20XX rogue-like approach and the new Mega Mode approach to each run you have. That means that if you want to try and power through the whole roster of bosses in one go while increasing your skills, weapons, HP and money along the way — go for it. You can treat 30XX like a visually-revamped sequel that takes everything that made 20XX work and does it even better. There’s more polish the goings-on now than both 20XX and the earlier demo. The demo itself was hurt by being so content-lean, but this more fleshed-out experience feels better.

The controls are more responsive for both characters, the gameplay feels tighter with fewer insta-hit traps thrown into things. The procedural generation does hurt things to some degree as you do wind up having to learn level-based sections instead of learning a dedicated pre-made level. The advantage to this setup is that the game never gets old and the themes this time around, even in pre-release form, are more varied than they were in 20XX. There, you had a lot of industrial areas and a couple of outdoor areas, but the gameplay tropes wound up being showcased more than the environments themselves. 30XX features far more variations in how to do things like hitting a button to activate a platform — or even the generating block sections from classic Mega Man. 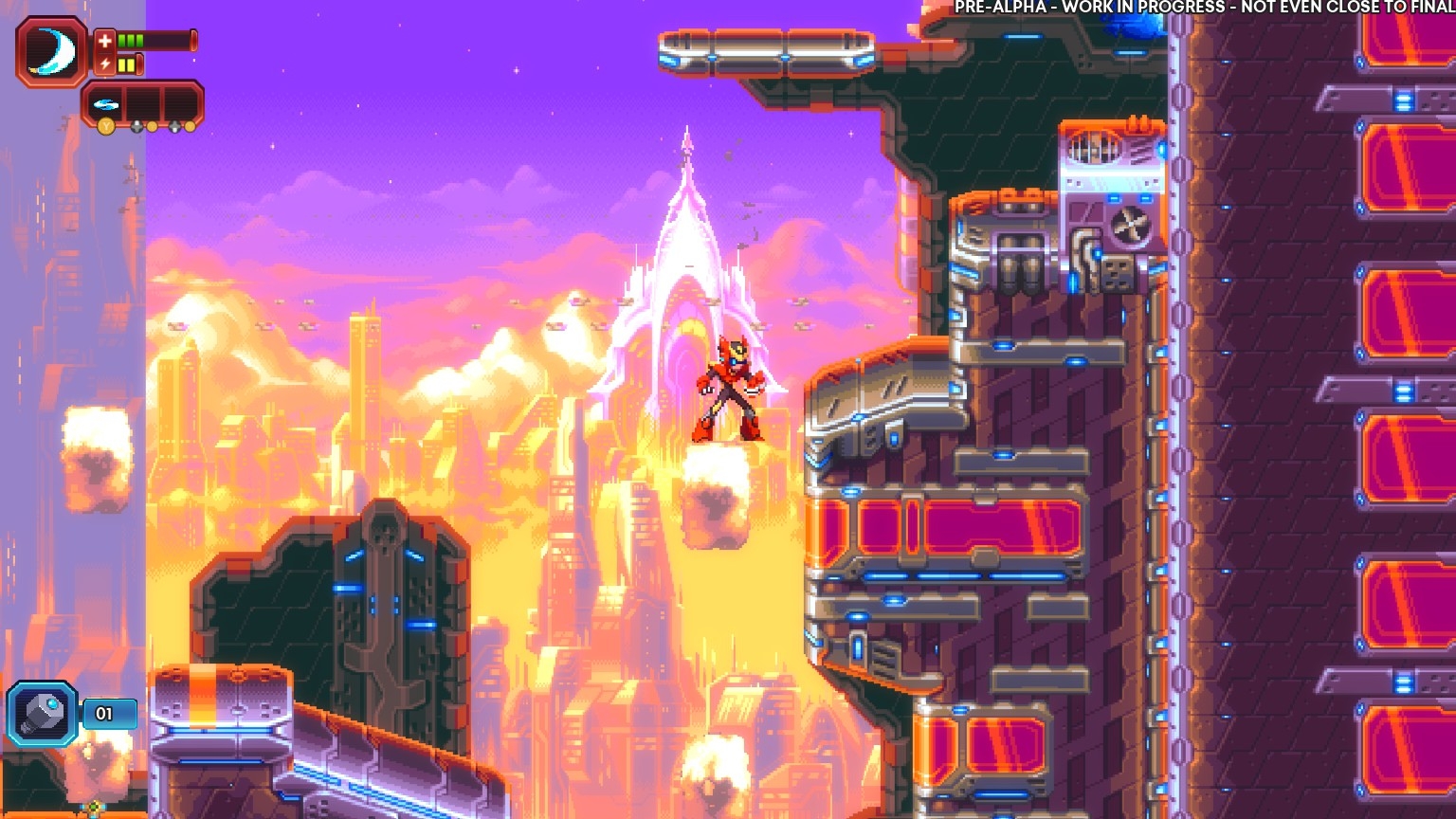 Nina is the franchise’s X-esque character who uses a blaster, while Ace is Zero-like and rules with a sword. One thing that has allowed this series to stand out is its ability to play in co-op — so you can enjoy both characters at one time in a play session and make faster progress. This is especially true in the classic mode where you’ve got one life and you can encounter boss battles with several enemies on-screen at once. It’s also nice to have one character take out tougher enemies up-close with fewer hits, enabling whoever is playing as Nina to tackle others from far away. There’s a lot of strategy having both a short and long-range character playable for each person and each feel spot-on with their controls. Using Ace’s sword makes it easy to slice up foes, especially with a charged attack, and Nina’s blaster feels right at home for fans of the mega buster.

Having the ability to choose your stage order is a huge change from the original game and one that freshens things up nicely. It’s great to have more freedom to pick level themes and it allows the player to figure out with trial and error which stages have traps and peril types that they would rather face later on when they’ve got more HP. If you struggle with the falling fan sections that can lead to cheap hits, then you’ll probably want to hold off on the outdoor orange-lit theming until later. The cybernetic garden tends to throw a lot of obstacles in your path, but you can see them coming, so it’s a nice choice of a theme for a first stage. The clock theming is cool too, and makes use of something you don’t see a lot outside of films that are either paying homage to Lupin III: Castle of Cagliostro or Batman: The Animated Series. 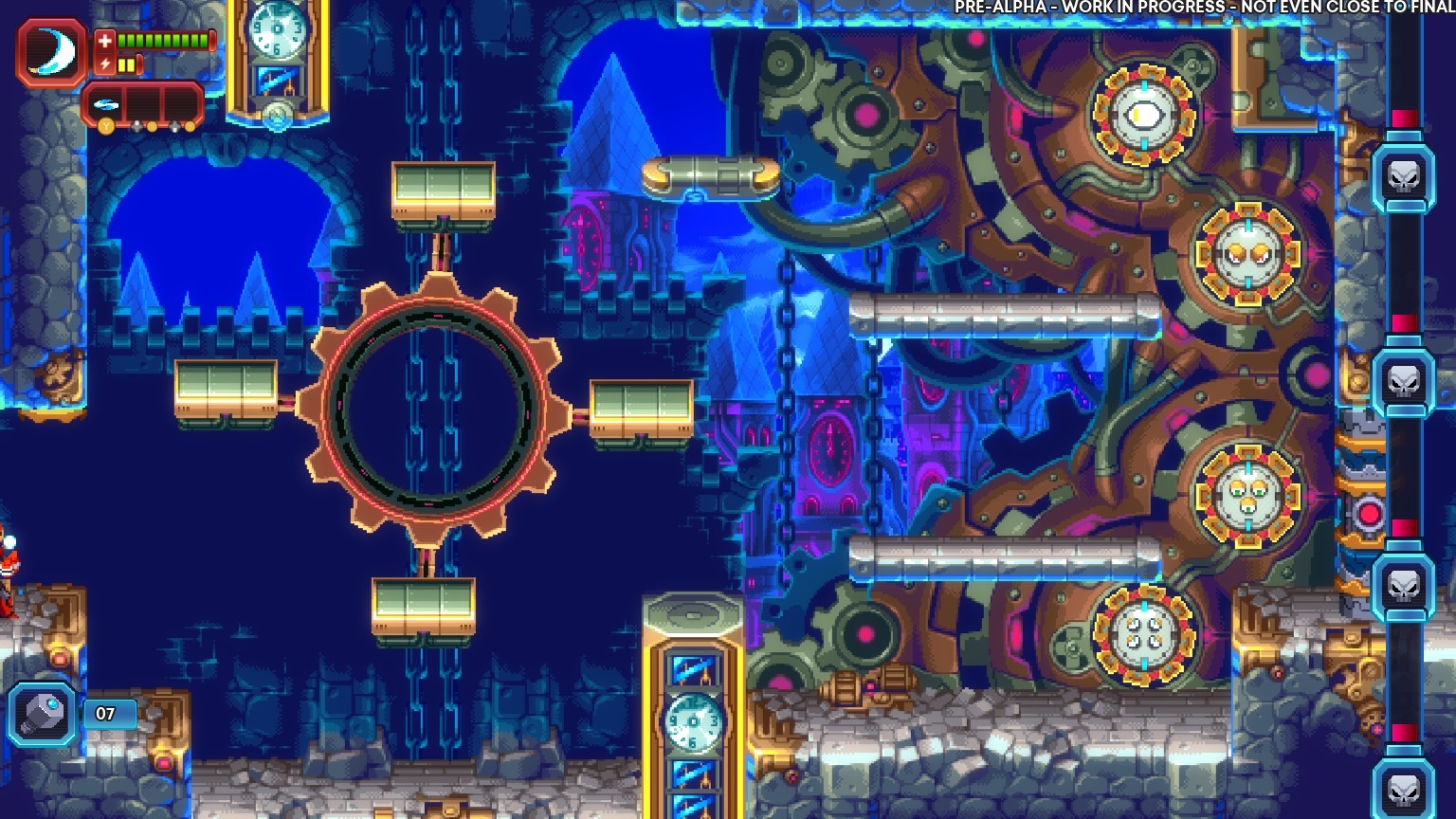 The shift in visual style from a hand-drawn look to a pixel art one is bold and something that won’t be for everyone. It didn’t click for me with the summer 2020 demo, but seeing more content now use it made it clear that it’s a fine choice and one that helps give 30XX a visual style that is more in line with the 32-bit action-platformers it’s influenced by. Even in a pre-release form, it looks gorgeous and moves at a rock-solid clip without any slowdown no matter how much insanity is happening on-screen at once. Also like the first game, it’s been well-optimized and should run on just about any computer made in the last five years. Both Ace and Nina have solid animation and it’s smooth enough to look good without taking up a lot of time, and thus messing up timing for things like platform jumps and attacks.

30XX has a lot going for it and is a must-play for any Mega Man X or Mega Man Zero fans looking for something new to enjoy. While 20XX remains a fantastic foundation, 30XX builds upon it nicely. The game looks, flows and feels better while offering up more variety in terms of how you can play thanks to the new mega mode. Revamped extra weapons help the adventure feel new and exciting, and while it’s an early access release now, it’s still well-worth a pickup even in a feature-incomplete state. As it stands, the core gameplay is just that good and it only stands to get better as time goes on and more polish is added.