In some ways, combat and exploration in Persona 5 Strikers are easier than in Persona 5. Notably, players don’t need to worry as much about rationing SP, and they can come and go from the various “Jails” without worrying about time-passing. This isn’t to say that there isn’t challenge to be had in both cases though. It turns out that fighting shadows in real time can really burn through one’s SP reserves, and near-level enemies can be a handful without the right skills and buffs. So, players should be sure to take care when choosing BOND skills. There’re no wrong choices in Persona 5 Strikers; players can’t soft-lock themselves. Still, making good ones early can make the Phantom Thieves’ latest adventure go a lot more smoothly.

BOND is supposed to represent the level of comradery among the Phantom Thieves, and it works in a manner somewhat similar to Persona 5’s confidants. As players spend time with the group and do things together, BOND increases and awards points with each level up. BOND is increased through fighting enemies in the Metaverse, through conversations and eventually personal requests from Joker’s friends. BOND increases only a little after each battle, so it’s best to focus on conversations completing requests. Requests are basically self-explanatory, but getting the most out of conversations requires making the right choices.

Generally, the best choices are those that either reinforce Joker’s role as team leader or encourage the other Phantom Thieves. Choosing a good code name for Sophia, putting the clues together and choosing the team’s next steps are all examples of this. Approaching conversations with this in mind will help maximize the BOND points gained from each. 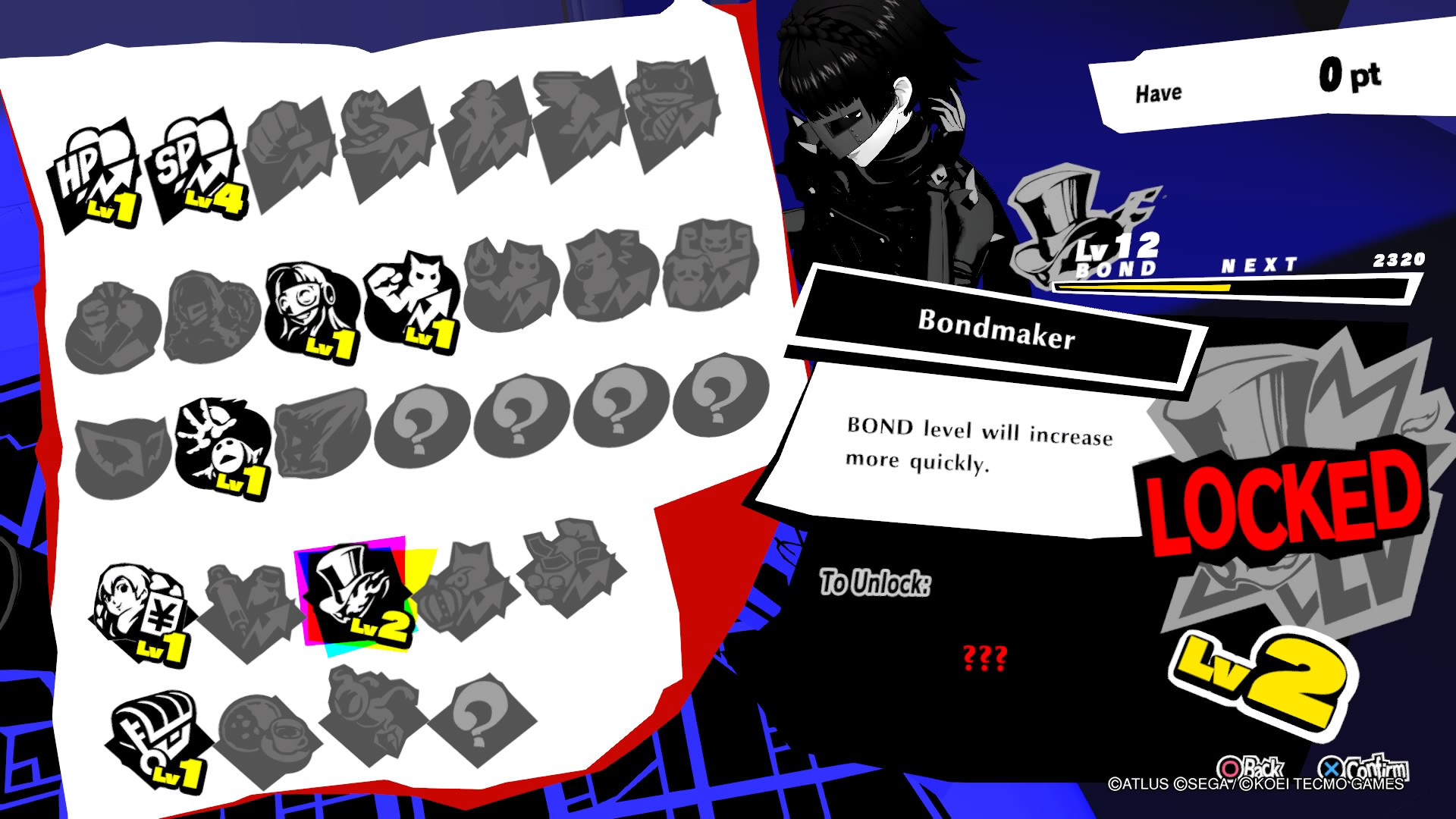 There are a number of directions to go when it comes to BOND. Among many other things, character stats can be increased, item drop rates can be improved and different types of damage can be buffed. Which of these is best will largely depend on one’s preferred playstyle and characters, but there are a few that will be helpful early on:

SP Boost – With each level purchased, all party members gain +3 SP. It doesn’t sound like a lot, but it starts to add up as the group levels up. Admittedly, this skill won’t help all that much in the field since SP can be easily refilled by returning to the real world, but it definitely helps with prolonged boss fights, especially when only Joker has attacks they’re weak against.

Oracle Recovery – This skill restores both HP and SP to all party members at the end of every battle. It’s expensive at 15 BOND points, but it makes up for it by noticeably reducing the amount of items and SP used to recover after normal battles. By purchasing this skill, the team can save their items and SP for tougher fights and spend less time going back and forth between reality and the Metaverse. More money can also be saved up for better gear. 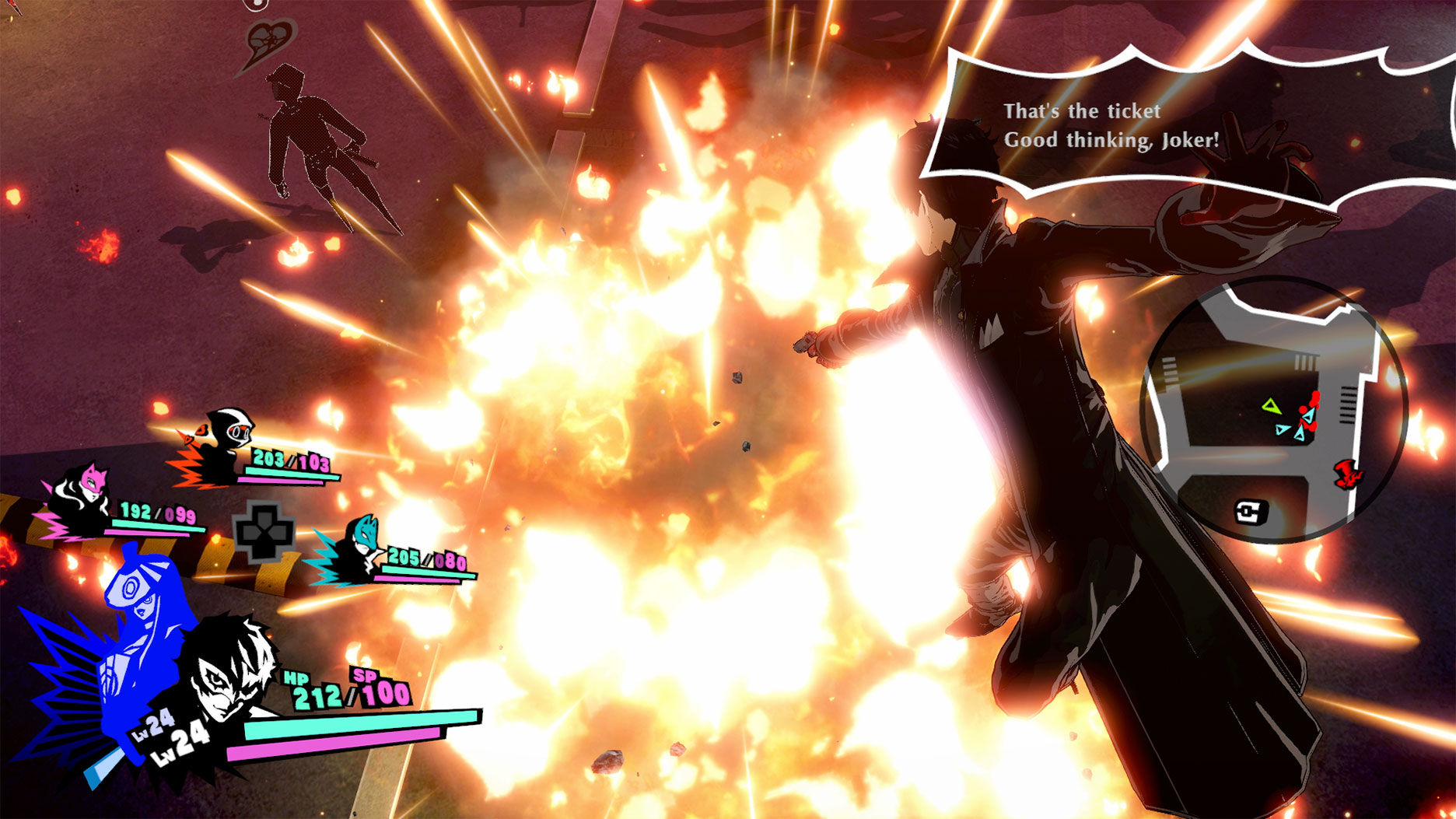 Safecracker / Highwayman – Safecracker allows access to more difficult chests and Highwayman increases item drops from battles. Both can be valuable since the result is spending less money in Sophia’s shop, but Safecracker probably gets the edge since some chests contain powerful weapons, protectors or accessories.

Smart Shopper – speaking of Sophia’s Shop, this skill improves its sales. Sales will happen more often in the shop and they will affect a wider range of items. It’s first rank is only three points, so it’s worth it.

Bondmaker – this makes BOND rank up more quickly, making the most valuable of the skills listed here. Players should grab this one as soon as it becomes available and make sure to buy more ranks as they become available. More BOND means more skills, so powering it up is a necessity! The first two ranks are only seven points in total, so going after it early won’t even make that much of a dent in one’s BOND point stockpile. 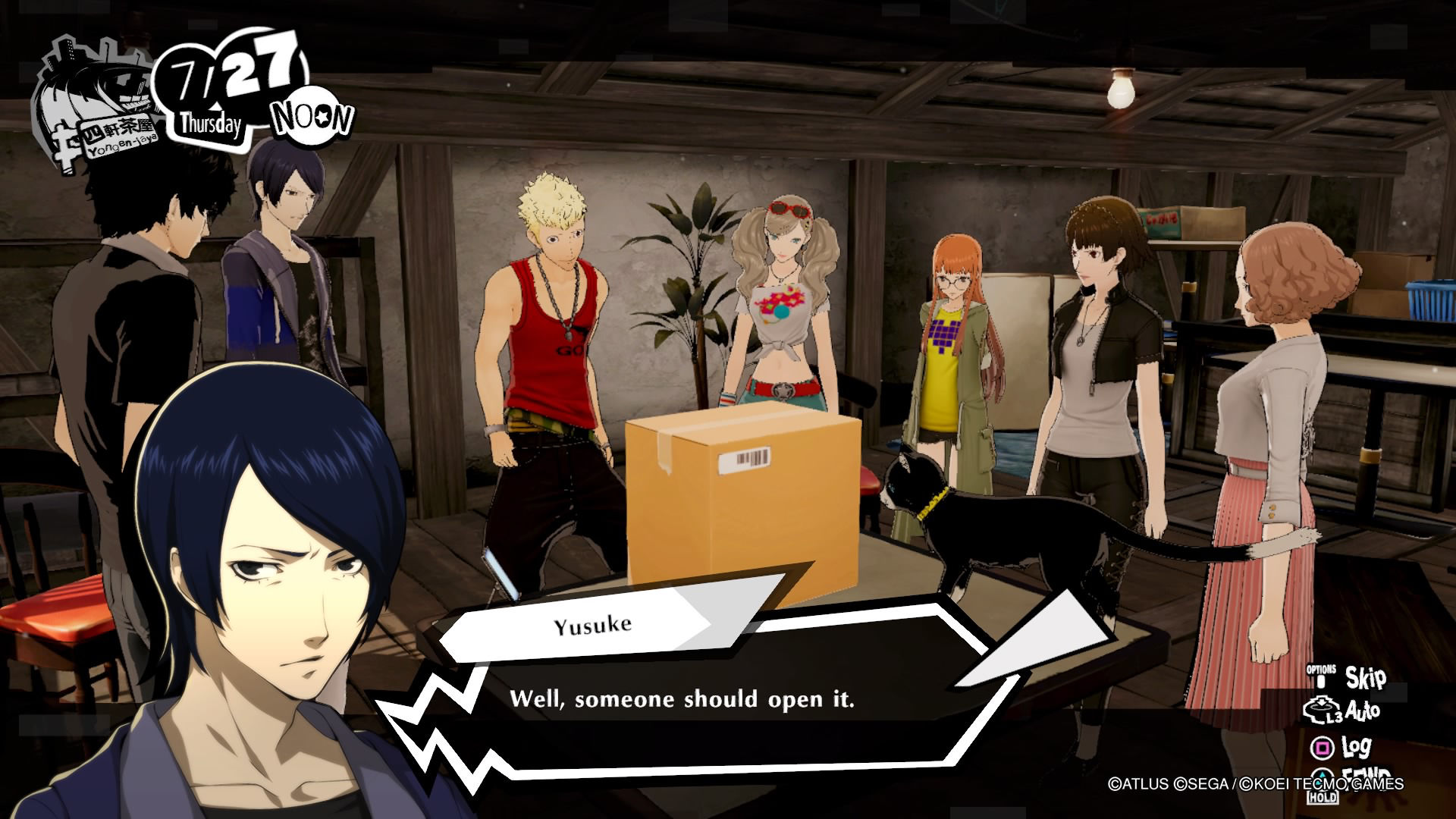 As mentioned earlier, players cannot actually go wrong when picking their BOND skills. Persona 5 Strikers accommodates plenty of different playstyles, so most of these skills aren’t 100 percent essential (aside from Bondmaker). That said, picking these skills early on will certainly help ensure that the rest of the Persona 5 Strikers experience flows well. Good luck out there, Joker!