The Capcom Arcade Stadium is the latest in a long line of Capcom compilations, but the first one in about fifteen years to cover a wide variety of genres. The last time we saw something like this was a blend of compilations on both the PS2 and PSP in the form of Capcom Classic Collections, which didn’t have quite the extra features of this 32 game compilation. You can get them in packs as well for $14.99, spread across different eras of Capcom’s history. It’s a fantastic compilation that allows many of Capcom’s greatest games to be played anywhere — including games that never got a full-on portable port before like the original Strider. It’s been a great way to enjoy titles that slipped through the cracks, so we’re going to look at sleeper hits here that may not be as big as Street Fighter II and Final Fight, but still offer a lot of fun.

While Strider isn’t exactly an obscure game, its influence has been lost to time. This was one of the first arcade-to-console conversions that truly showcased how powerful the Sega Genesis was and the arcade original has held up nicely over thirty years later.  With enemies coming at you from all sides and being able to traverse stages both above-ground and hanging onto ceilings, you have a lot of chances to both attack and be attacked. The acrobatic platforming is still impressive to see thanks to its smooth animation and Hiryu’s first adventure is still, in some ways, his best. The action was never quite as fast as it was here, although Strider 2 on the PS1 did come close. It’s a tightly-packed game that controls perfectly and feels natural on the Switch in both handheld and docked mode. 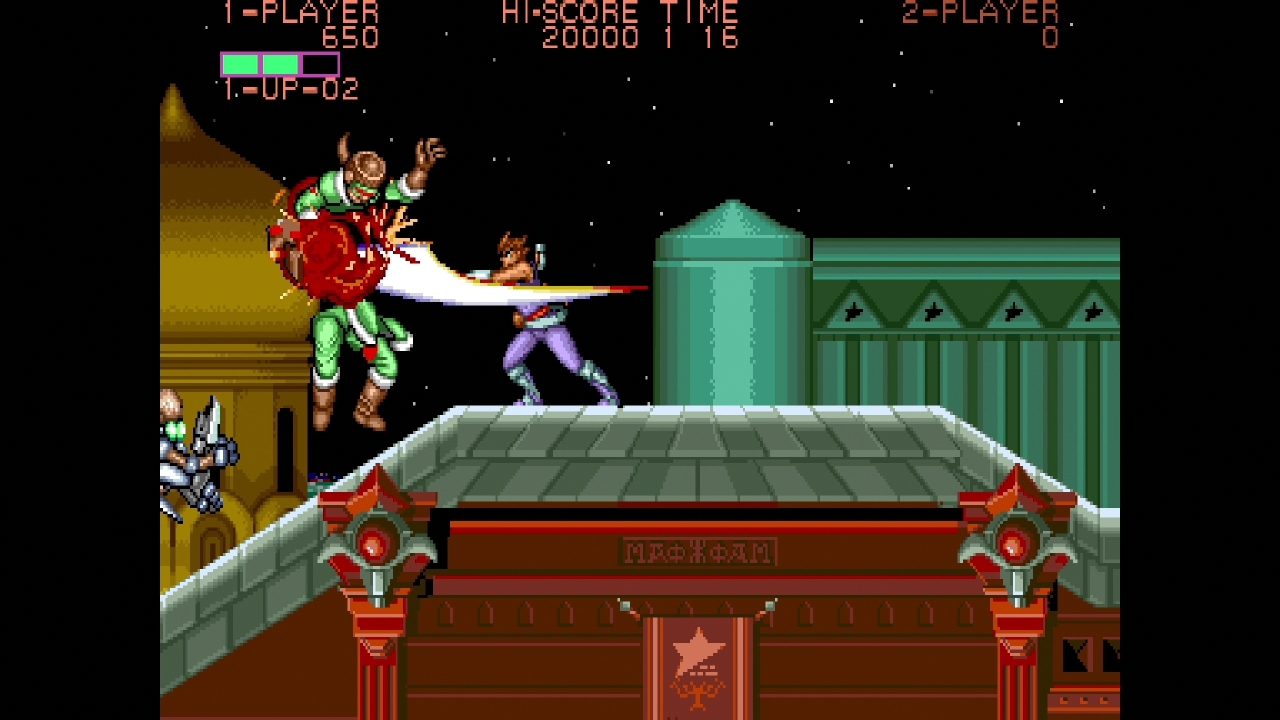 The 19XX series is one that I didn’t have a chance to play until the PS2’s first Capcom Classics Collection — and this includes more games in it as a whole than that did. The long-running series has a lot of vertical shooters, but two of them stuck out to me in this collections. The CPS-2 games enabled the concept to truly come through with vivid graphics that couldn’t have been done on the prior hardware and winds up making them experiences more future-proof and fun in the modern era. 19XX and 1944 are the best ones to play now, with each using the then-new tech to add more details to the world.

They feature a ton of fast action with all kinds of projectiles flying your way and forcing your way through a sea of enemies is rewarding. Shooters benefit a lot from the collection offering up a turbo function for the Y button since it makes taking out a screen full of enemies faster overall. Sure, you have bombs to use, but those are limited and best saved for boss battles. 19XX features bigger bosses than any prior entry, while 1944 ups the ante even more when it comes to enemy size. Both games do this without a hint of slowdown and offer up a healthy challenge from beginning to end. 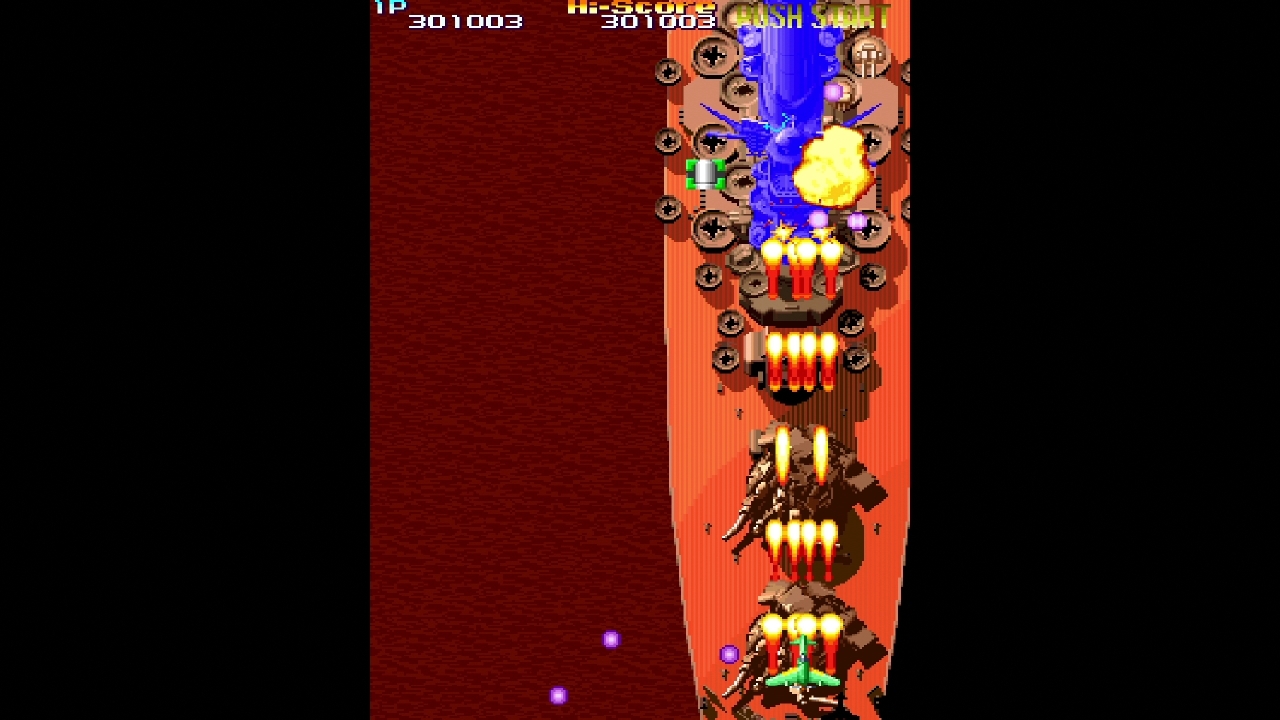 This collection is full of beat ’em ups that never got their due. Final Fight is an established classic, but Captain Commando is a faster-paced game and one that has been released on several compilations without much fanfare. While the character may be named after the company itself, he’s never really been a massive deal despite having a neat design and starring in a fantastic game that could easily be given a remake now and hold up nicely. You have four playable characters, including the Captain himself, a mummy, a ninja and a baby in a mech suit — and when can you ever go wrong throwing dudes through store windows as a baby?

Unlike a lot of brawlers then and now, it has a quick pace thanks to running being standard with a double-press of the d-pad, and it helps this game age better than many modern brawlers. It also helps to have the turbo button here since you can quickly deal out a lot of damage and not have to worry nearly as much about getting trapped in a corner and eating a beating since it’s easier to thin out the herd even without relying on your life-draining special attack to do so. It’s very much like a future-set Final Fight, but with tighter gameplay and more variety in its game design thanks to things like rideable mech armors that work much the same way they did in Mega Man X. 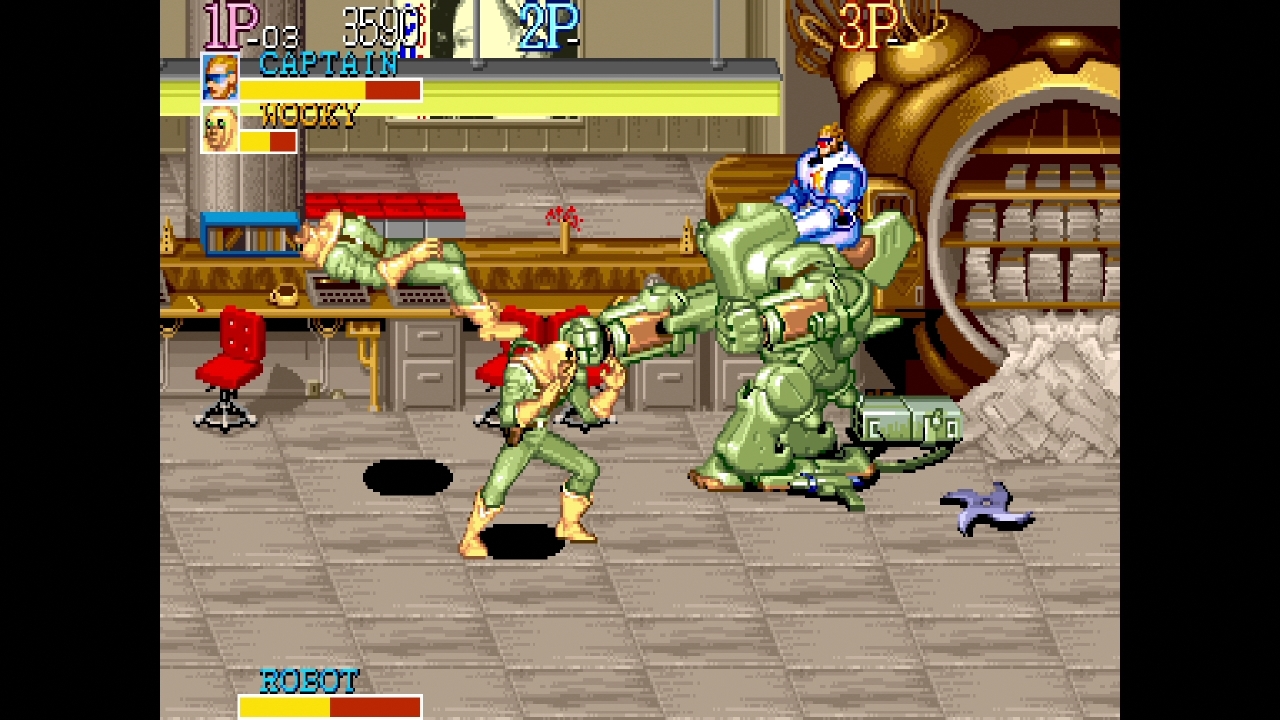 There are a couple of other brawlers with a fairly similar style in Dynasty Wars and Warriors of Fate that I hadn’t played until now and liked quite a bit. Dynasty Wars features highly-detailed sprite art as you reenact the battle between the Kington of Shu and the Yellow Turban rebels with one of four Chinese generals. The horseback nature of the gameplay is unique and changes up how you approach combat since you can go with short or long-range attacks based on the character you pick. There’s a light RPG mechanic here as you can gain XP and level up to gain more life and upgrade your weapons almost like a shooter with in-game collectables. It’s a lot of fun and was a pleasant surprise.

Its sequel, Warriors of Fate, features the same basic concept — but everything is bigger and bolder. Characters are enormous and the horses you ride on now look like absolute beasts. These things are fit, muscular and look like they could take out the entire horde of enemies on their own without help. This is one of the few Capcom releases with big plot changes as it went from being in the Three Kingdoms period of China in the original Japanese release to being changed to Mongolia for the English release. It’s a stunning game to look at even today and plays smoothly. 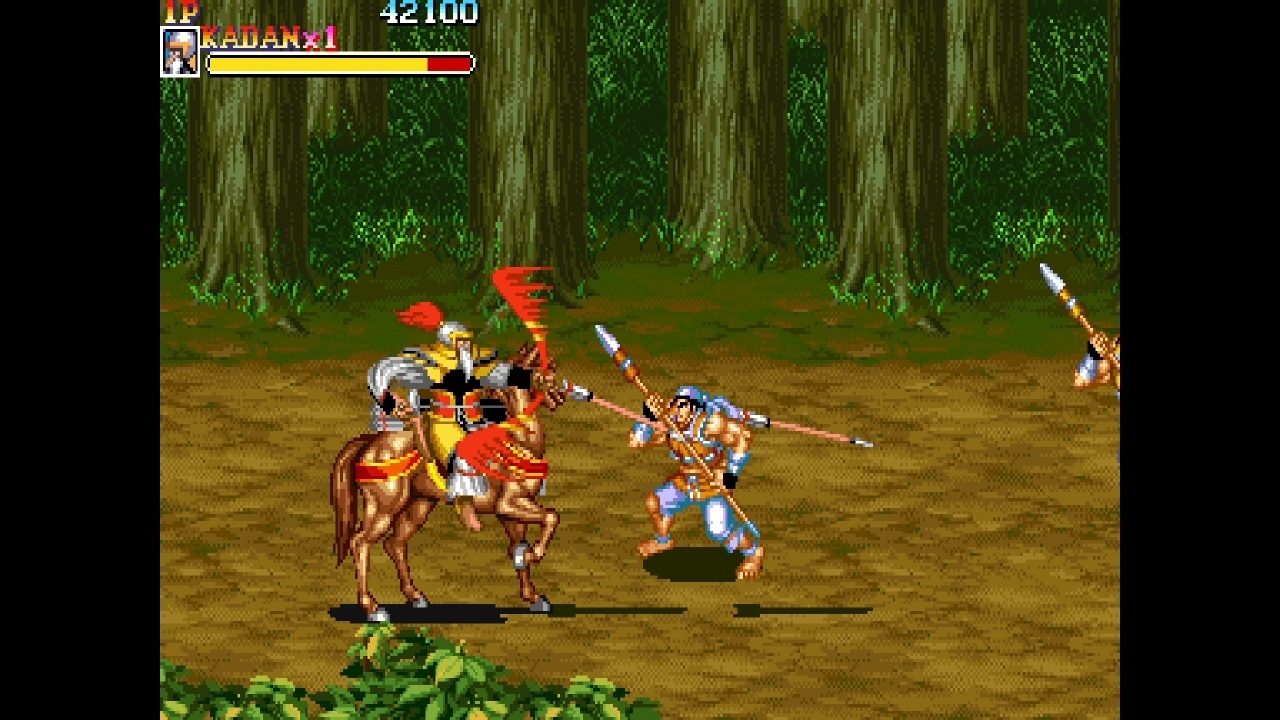 Cyberbots is one of the most underrated fighters of its generation — and one of the few games here I actually played in arcades. Outside of the Street Fighter games, there weren’t a lot of this collection’s roster I was able to play in that form, but Cyberbots was always a favorite. With its massive mechs and things like jets to help get you around, it has a faster pace than most games of its era. The usage of CG for parts of the menus helps it feel like a perfect mix of a 2D fighter with a high degree of polish and something that was on the cutting edge of tech at the time with the CG integration. Being able to take limbs from enemies is cool and gives you a big advantage if you can successfully keep them from regaining the lost limb over the course of the battle.

Capcom Arcade Stadium is a top-notch collection and one that could easily be expanded upon later with even more games. I would love to see the two Saturday Night Slam Masters/Muscle Bomber games included since they remain some of the best arcade wrestling-inspired games ever made. Capcom was put in a tough spot by being so compilation-heavy with brawlers and the SF series because you can’t tell the story of their arcade success without those games, but at the same time, you don’t want to cannibalize the sales of those collections over the long haul. The mix here is great if you just want to dabble in them every now and then, and the RE engine’s virtual arcade area looks gorgeous as well.