It’s always amusing when the stars align and the world of indie games and beyond produces a group of unique titles that seem to form these weirdly specific trends, like adventure games where you’re a cab driver who solves mysteries by talking to their passengers, or introspective road trip games. And now with Grounded, SMALLAND, and now Flight School Games’ new title Stonefly, I suppose we can officially consider games where you’re essentially shrunken down and have to navigate a now-giant version of a patch of nature the latest possible trend. Though I say “essentially” shrunken because in Stonefly’s case, the world is just naturally large, and the small characters are just a part of it. And from what was shown so far, it looks like an impressive world as well. 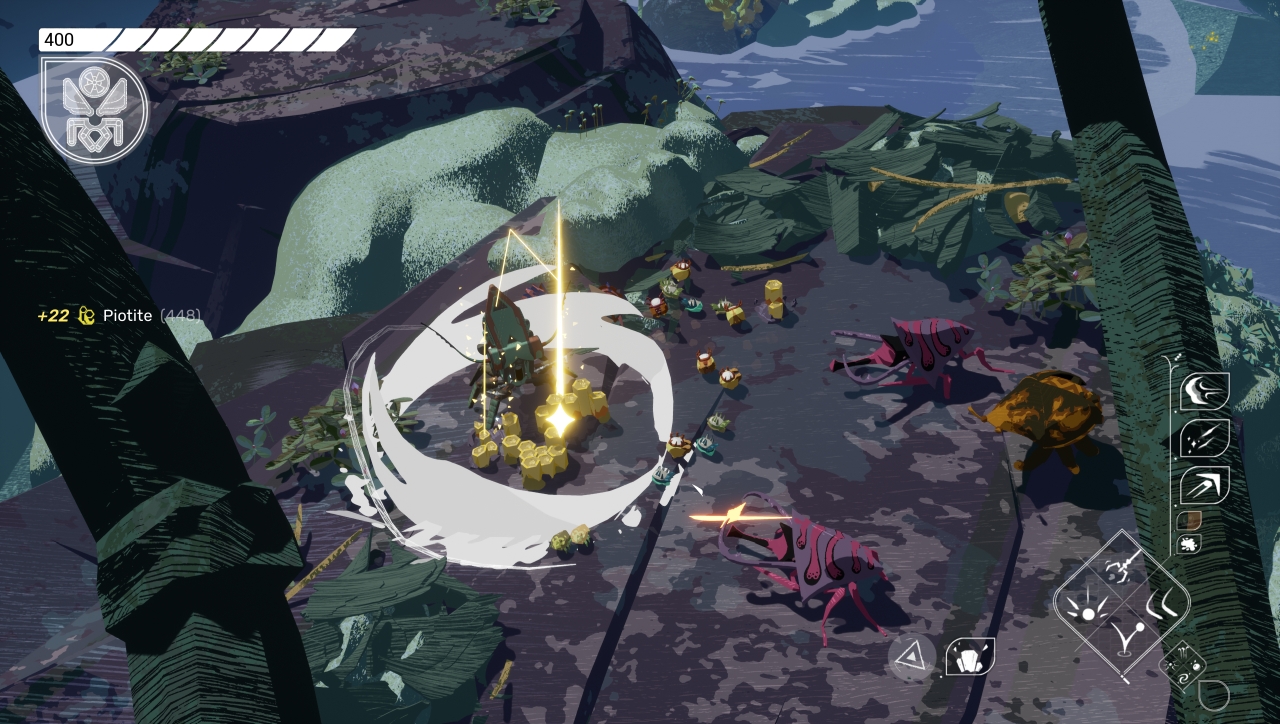 The game sees you playing as Annika Stonefly, a would-be adventurer and inventor who lives with their mechanic father. In a look at the first level, we see her taking her dad’s mech for a joyride, which actually bounces to jump and is shaped like a dandelion, even being able to float on wind currents. It’s a particularly impressive bit of machinery and also a family heirloom, which kind of makes it awkward when Annika basically pulls a Ferris Bueller and loses it, and thus becomes tasked with having to retrieve it. Flight School were the ones who pointed out the Ferris Bueller similarity, which actually got me thinking about how the whole premise seemingly resembled an ’80s toy line of cartoon (like the toy robots Tom Hanks’ character pitches in Big). I asked if any of this played a part in the game’s influences, and was told that one of the main things running through their mind during the developmentwas actually…Ferngully. Yes, Ferngully, the animated ’90s environmental film where Tone Lōc played a rapping lizard.

Well, okay, they actually stated that their list of influences would have about a thousand or so things on it, even mentioning Rogue One and Nausicaä of the Valley of the Wind as well, but citing Ferngully as a main inspiration stood out. But now the more I think about it, it oddly makes sense. While Stonefly is still very much a semi-top-down action-adventure game similar to their previous title, Creature in the Well, the focus is still on creating a more tranquil experience and allowing players to enjoy the gorgeous and stylish bits of nature around them (backed by a chill soundtrack provided by Natureboy Flako)…when not being attacked by insects, that is. 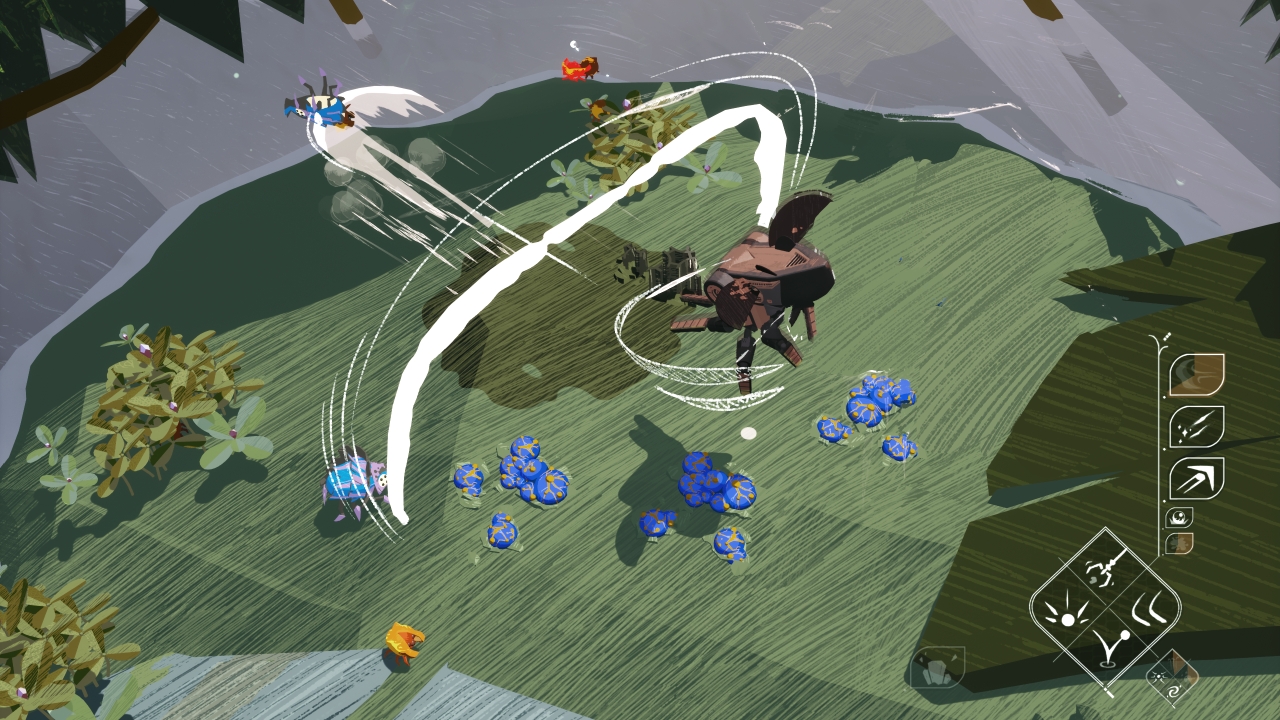 But combat in Stonefly is rather unique as well, shooing away destruction and possible harm to the land’s various inhabitants in favor of a non-violent approach. Instead, inspired by the Smash Bros. games, it adopt a more “king of the hill”-based approach where you have to find ways to stun the enemy insects, flip them over if needed, and just shoo them off of the ledge using your current mech. It’s a simple concept, but one that still makes for some exciting combat — especially when more elaborate enemies like bombers, jumpers and even alpha insects that require more complex strategies appear, as seen in a later section of the game, while still feeling rather respectful towards a nature-filled environment.

The insects don’t just appear randomly, however, as they’re here to feed on the natural minerals that you come across. As those will be essential towards Annika’s journey, especially in helping them craft new mechs and upgrades, it ensures that you’ll have to find the most efficient way to take care of them ASAP. Insects will also be guarding various ruins that hold new blueprints for mech designs as well, all of which look impressive and have a high degree of customization. Quite impressive is a way how you come across potential upgrades for them: Annika just realizes what needs to be built. If you’re fighting a certain enemy, for example, she might think of what she could use to deal with their attacks, or just think of what could be useful in traversing a certain area. She still has to hunt down the materials needed, of course, but it’s not only a simple and effective way to come across upgrades, but also perfectly ties in to Annika’s personality and her journey towards finding more confidence as an inventor. 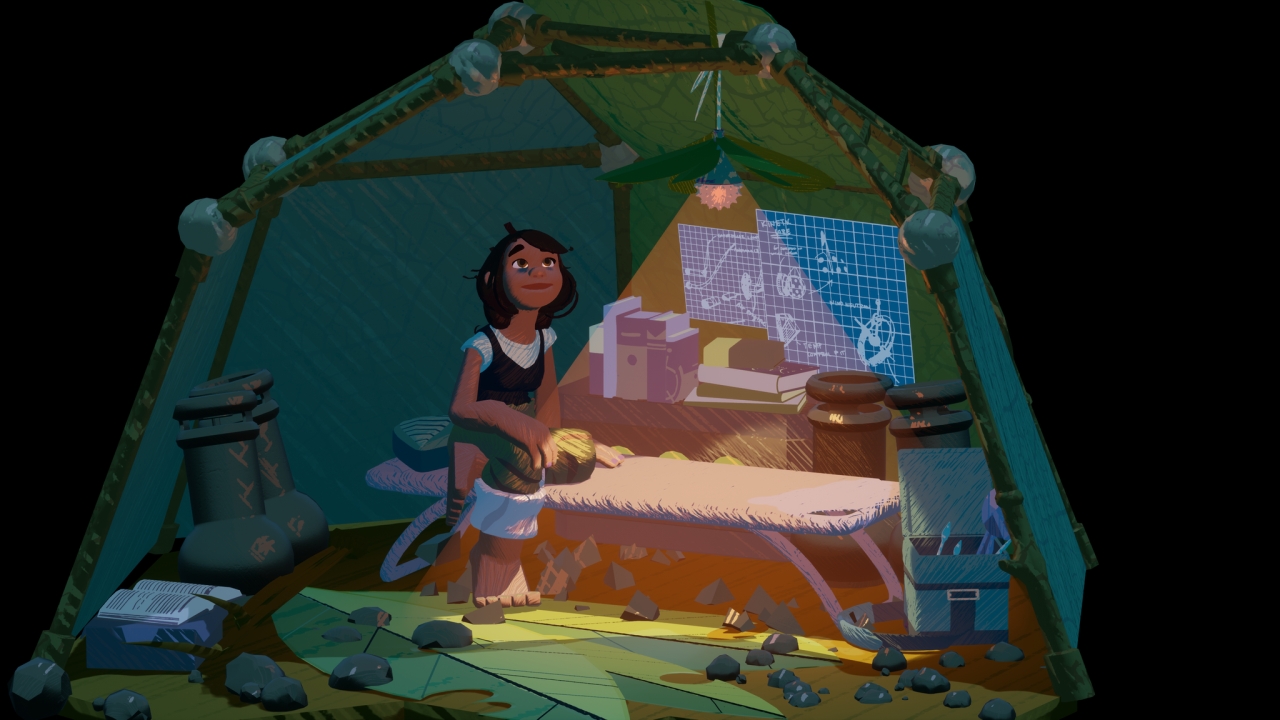 Upgrades and repairs can be performed at campsites you come across, where Annika can also talk with the Acorn Corps, a sort of group of rogue pilots who help provide some of the story’s narrative meat, along with dreams that Annika has while sleeping that help them realize their next objective. Stonefly is aiming to be a linear story, with the whole game clocking in at about ten hours, but with each individual level being more large and organic, encouraging exploration and having no one single path. As seen in the announcement trailer and the gameplay that was shown off to us in private, it aims to be a memorable ten hours with many wondrous sights, challenging groups of enemies and interesting characters to encounter. It may be part of an odd trend with some odd influences, but that should hopefully make Stonefly even more of a unique gem when it arrives for all major platforms this Summer, with MWM Interactive handling publishing.