Mario will continue to be as strong as he’s ever been if his next full game is like Bowser’s Fury. With all the praise the Super Mario 3D World add-on has been getting lately, it probably won’t be much off a surprise to hear that it’s good. In fact, one could go so far as to say that Bowser’s Fury is excellent. The sheer amount of interesting ideas and innovations within it is actually kind of incredible considering that it’s basically just an extra for an old Wii U game. Actually, it would be excellent even if it wasn’t an add-on, and hopefully Nintendo has something exactly like that in the works. Truly, a full-fledged Mario game in this style would be awesome!

As this is pretty much the first new 3D Mario release since 2017’s Super Mario Odyssey, the immediate temptation is to compare the two games. As it’s a full-realized Mario title, Super Mario Odyssey is still king, but perhaps not by a huge margin. Super Mario Odyssey is 100% about exploration. Players are given huge worlds to explore with Power Moons dotted all over each. There are so many that one often has to do little more than ground pound in the right place to make one pop-up. The discovery is fun, but actually getting the moons stops being special after a while. With so many gathered so easily, it’s only a matter of time before players stop caring about picking them up. 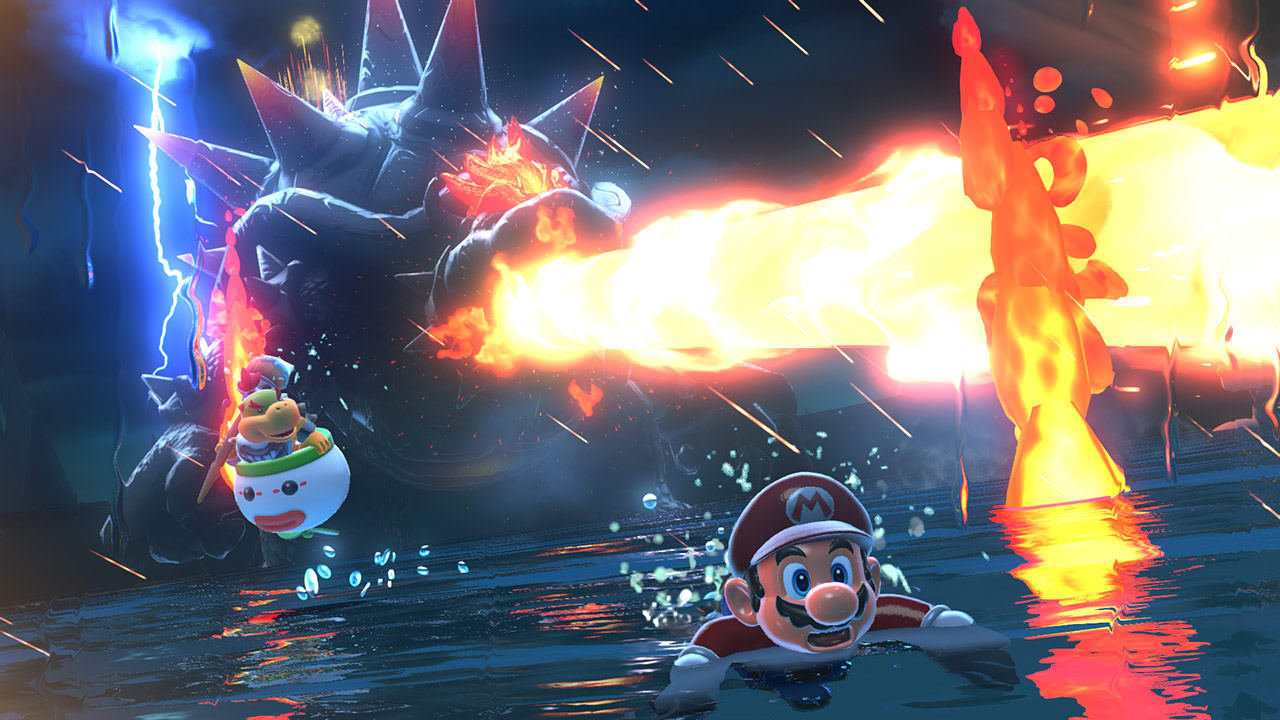 Bowser’s Fury on the other hand is something of a fusion between that system and the older style of making each primary collectible into an interesting goal. With every Cat Shine, the player has to accomplish some sort of task requiring at least some effort on their part. Very few Cat Shines (if any) are gained by doing something as simple as pounding the ground in the right spot. There’s still plenty of exploration to be had here too though: Bowser’s Fury is awash with little secrets and Cat Shines can largely be gathered in any order. The feeling of discovery isn’t as strong here as it is in Super Mario Odyssey, but the greater sense of satisfaction of collecting the Cat Shines does much to make up for that.

One of the best aspects of Bowser’s Fury is its seamlessness. Each island is basically its own level, and there’s nothing sitting in between them. Level and overworld occupy the same space, making it all feel that much more cohesive. Nintendo also implemented a clever feature to address backtracking. Islands typically can’t be fully completed in one sitting, forcing players to keep moving and trying new things on new islands. Then, once the player returns to a previous island, they discover that it’s undergone some changes and added new objectives. Unlike in almost every previous Mario game, backtracking feels meaningful in Bowser’s Fury. It’s something that’s actually fun and interesting instead of just being necessary. There’s a lot of good here, but there is of course still room for improvement. 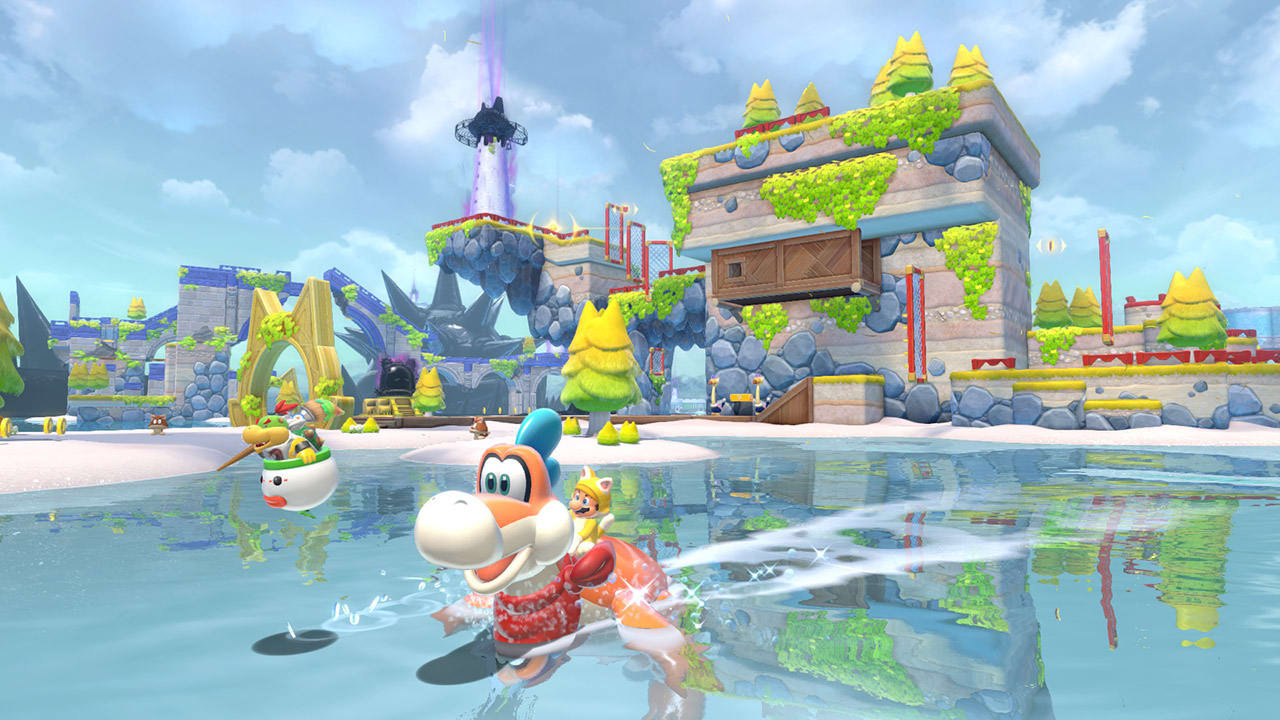 For a full game in this style, each area/level would have to be larger. In Bowser’s Fury, each island tops out at five Cat Shines. It’s enough to keep one interested for the game’s short play time, but it would feel like too little in a full-size game. There would also need to be more for the player to find besides the main collectible and power-ups. Adding a secondary collectible like Super Mario Odyssey’s purple coins would help make exploring all the out-of-the-way places feel more worthwhile. Additional bosses, new enemy types and different power-ups would also help distinguish a new Mario game from all the rest. Bowser’s Fury is only an add-on, so not having these things doesn’t hurt it. For a true Mario game though, these sorts of additions are probably needed for success.

Bowser’s Fury is a great taste of what the future may hold for the 3D Mario series. It lacks the sheer expansiveness of Super Mario Odyssey, but it makes up for that with a more focused and satisfying collection experience. Its seamless world is a major strength and Nintendo has obviously done much to make both initial discovery and backtracking feel good. There are features missing here that would benefit a full-length Mario game, which makes the idea of a full Bowser’s Fury-style game rather exciting. If this is what Nintendo can accomplish with an add-on, imagine the possibilities if they do indeed continue in this direction for their next Mario title. It would likely be nothing short of excellent.