Details about Slime Festival can be seen below:

– Mindini and the gang have run into a giant horde of slimes that popped out of an out-of-control teleportal, and its up to the player to wrangle them all, as well as their leaders: the emperor slime and queen slime!
– Vouchers and more by logging in daily.
– Event Quests: players can earn Slime Fest Medals by playing these quests, which can be exchanged for various rewards.
– Slime Fest Boss Battles: players can earn tons of Slime Fest Medals and the Slime Dagger and Slime Wand equipment by taking on the Queen Slime and Dragon Slime bosses.
– Monster Scouting: players can scout for the S-Rank Queen Slime and A-Rank Dragon Slime for a limited time.
– Login Bonus: players will be treated to several rounds of campaign login bonuses throughout the Slime Festival. The first round is available now, and players can earn Gems, Queen Slime SP Scout
– And much more! 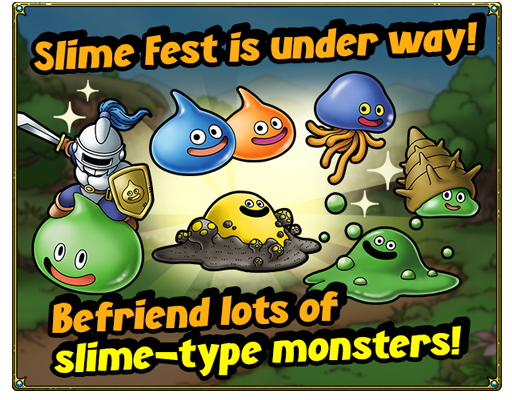