It’s not been a great time to be a looter shooter. Following Anthem’s downfall and Marvel’s Avengers’ disappointing launch, the looter genre has never been in a worse state. Even the titles that get it right, including Destiny 2, The Division 2, Diablo III, and Borderlands 3, all stumbled out of the gate. Perhaps that’s why the Outriders demo has been so shocking. Despite some faults, the beefy section of the game provided in the demo offers a satisfying first impression of what players might expect when the full game launches. Some of those faults are going to need a lot of work, though.

Outriders takes place far into the future where humans have abandoned a dying Earth in hopes of starting anew elsewhere. You play as an Outrider hired to help colonize the planet of Enoch. Things go awry after landing, however, when a lightning storm known as The Anomaly strikes during their search for a mysterious signal. Incapacitated after an altercation, you wake up thirty years later to discover that Enoch has fallen into a Mad Max-style hellscape but that you may hold the secret to humanity’s survival. 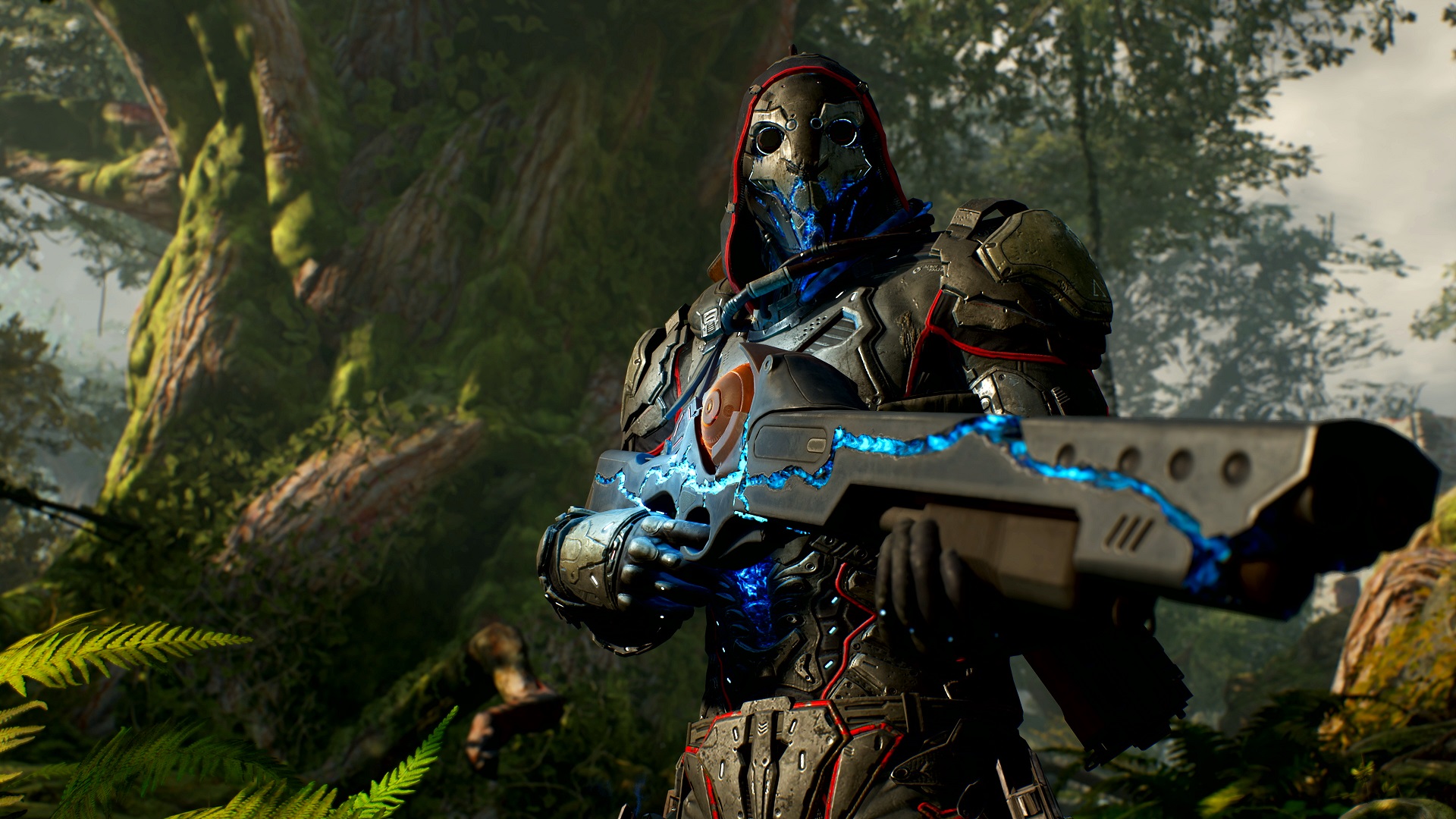 Outriders’ demo covers a lengthy prologue and first chapter. It’s a meaty length of content that helps establish its sci-fi world and the narrative threads. While the mystery behind ‘The Anomaly’ and the mysterious signal might be enough to push players to see what happens, the characters and dialogue won’t. Outriders is filled to the brim with classic sci-fi character cliches, including a stern leader that enjoys drinking, swearing and thinks yelling is an effective way to motivate troops, a lighthearted sidekick who happens to have an accent, and a super-powered mentor figure that encourages you to find your path forward. Outriders’ characters don’t make a good first impression, but hopefully their exteriors melt once the world starts opening up.

The world of Outriders, likewise, isn’t all that flattering. After a linear segment in the luscious prologue forest, the game then swaps it out for Mad Max browns. It’s a jarring transition that’s hopefully just a tiny taste of what Enoch has to offer. Trailers hint that this war-torn locale isn’t our only stop on the planet, so fingers crossed the whole game won’t force us to spend too much time here.

If there’s one thing developer People Can Fly succeeded in doing with this demo is showing how much fun the combat is. A third-person shooter, Outriders has all the trappings of standard cover shooters. You’ll enter a combat arena, utilize cover as needed and take out enemy after enemy with an assortment of different weapons. The game is often satisfying thanks to some over-the-top finishers, sound effects, weapons and your superpowers. 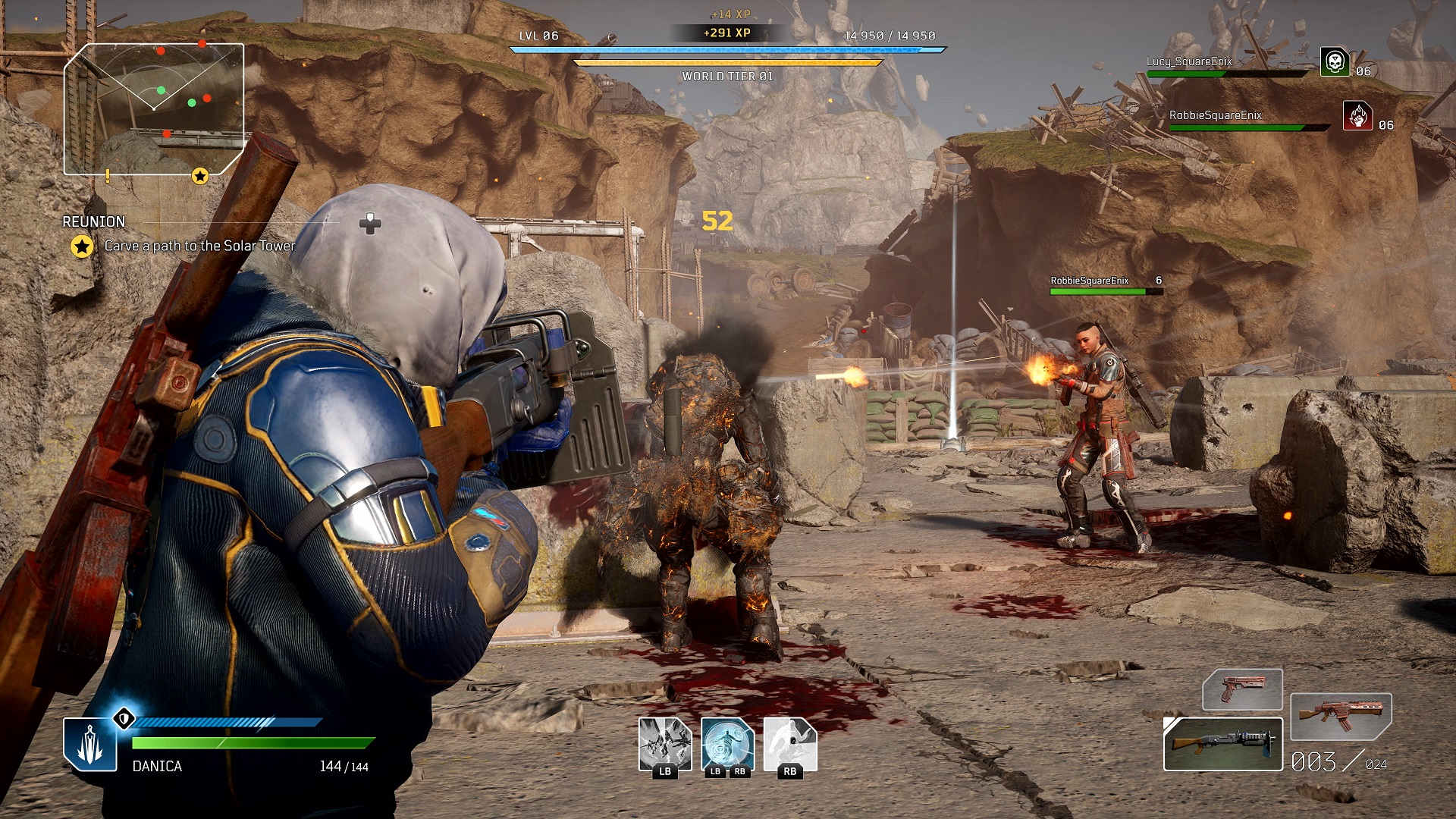 You are an Altered, a class of people changed by The Anomaly to have unique powers. There are four classes in the game: the Trickster can manipulate time, the Pyromancer that controls fire, the Devastator that uses earth to attack and defend and the Technomancer that creates turrets and other devices out of debris. They’re all fun to play as and work to push a more aggressive playstyle thanks to moves that encourage you to get up and personal. Unlike other looter titles, Outriders’ abilities feature low cooldowns, which allow you to use them as core aspects of combat more frequently. You also can’t just sit back and allow your health to regenerate. The way to get your health back is to dish out damage. Outriders wants you to be aggressive, but you may not realize that when you first hop into the game.

Outriders’ level design is questionable, often working as a hindrance against its mechanics. Outriders is indeed a cover shooter, and you’ll need to utilize cover, but when you think of the best cover shooters on the market (Gears of War, Uncharted, Vanquish, etc), they all work to make cover flow naturally into their level design to complement their mechanics. Outriders does not, awkwardly dropping chest-high walls all over every combat arena. The design is also restrictive, forcing players to fight in small combat arenas with little room to create crazy combat encounters. The levels so far are rigid compared to the combat’s elasticity. Hopefully these introductory levels are more about getting players up to speed with the mechanics, and later levels encourage more experimentation.

As far as loot goes, Outriders’ demo doles it out. Players can quickly start amassing a treasure trove of gear with noticeable effects on their playstyle. It’s a stark contrast to Destiny or The Division, whose gear systems don’t open up until much later in the game. Outriders still has a grind for higher gear levels, but the early game items won’t be as useless as in other games. It also appears that Outriders is avoiding the live service entrapment that doomed titles like Anthem. Based on what People Can Fly has said, players are getting a meaty game upfront at launch. Hopefully, that statement proves true. 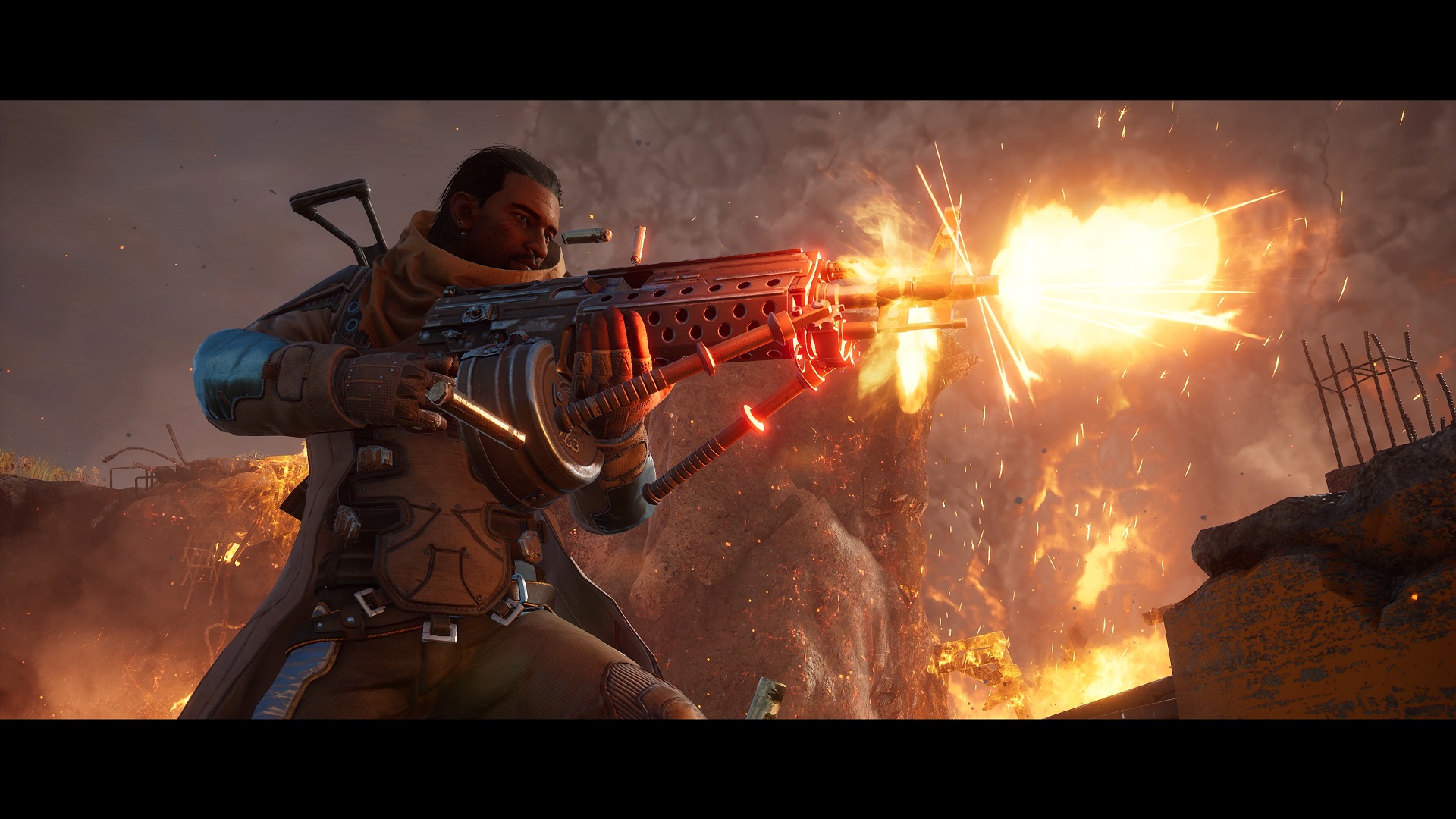 Performance-wise, Outriders runs and looks fine, but this isn’t an experience that will blow next-gen owners away. Running on a PS5, the game mostly maintains a smooth 60fps during gameplay. The game looks best when effects are flying or you’re exploring the jungle of Enoch during the prologue. Once in the Mad Max-style future, however, the game begins to look drab. Plenty of titles have made drab look beautiful before, but Outriders isn’t one of them. Outriders’ glaring technical problems kick in during cutscenes, which are locked to 30fps and suffer from pronounced audio sync issues. People Can Fly has already been hard at work fixing matchmaking and other technical issues that have plagued the demo so that the final product won’t suffer from them. Hopefully, the audio problems will join that list of fixes.

Outriders may not have been met with much fanfare during its reveal, but the demo has left us with a good first impression. The story’s intrigue, fun combat and the promise of different locales have us intrigued to hop back onto Enoch when the game launches. It remains to be seen, however, if characters, dialogue and the level design improve. Outriders, at this point, might be able to escape the looter curse.

Outriders launches April 1 on PS5, Xbox Series X|S, PC, PS4, Xbox One and Stadia. Progress made in the demo carries over the full game. Square Enix and Microsoft recently announced the game will be available on Xbox Game Pass on launch day.