There’s a certain type of game that goes straight to my heart. The route it follows to get there is filled with color, paved with reviled control schemes, has seemingly no definable genre or sensible story and is patently absurd. I don’t know how to put my finger on what makes these games so great. How do you make Katamari Damacy sound fun? How do you explain Killer7’s ridiculous control scheme? What, pray tell, is Cubivore, exactly? Do mechanics even matter? What are graphics? But the point is, Say No! More is tailor-made for me, with its defiantly low-poly models, MS Paint textures, and bossa nova cut scene music.

So, you may recall us telling you about this game and its Summer 2020 launch way back in November 2019. Well, like everything else it got delayed; but the game is actually coming, it’s real, I got to play it, and they even said I can show you a little! So, let’s talk about it, shall we?

Say No! More puts players in control of a lowly intern, just hired at a big company, where it becomes immediately apparent that the culture is miserably toxic. After enduring abuse from no less than three other employees before even getting to a demoralizing assigned work space, the intern’s boss steals their lunch box. Defeated, your character slams their head on their desk, dislodging an old-timey portable cassette player from a shelf above, which contains a tape labeled, simply, “NO!” The intern throws on a pair of headphones to give it a listen, immediately teleporting to an ethereal realm where a giant, angry-looking life coach with a bushy biker ‘stache and a vaguely New York accent has one simple solution for all your woes: you need to say “No” more.

Immediately proceeding the brief tutorial, your character travels through the office, yelling “NO!” at everyone who jumps in their way, in hot pursuit of the lunch box thief. Like Pee Wee Herman’s beloved bike, this lunch box becomes the driving force behind your ever-hardening recalcitrance as you gradually gain new negatory abilities, learn to mock and humiliate your coworkers and get promoted along the way. 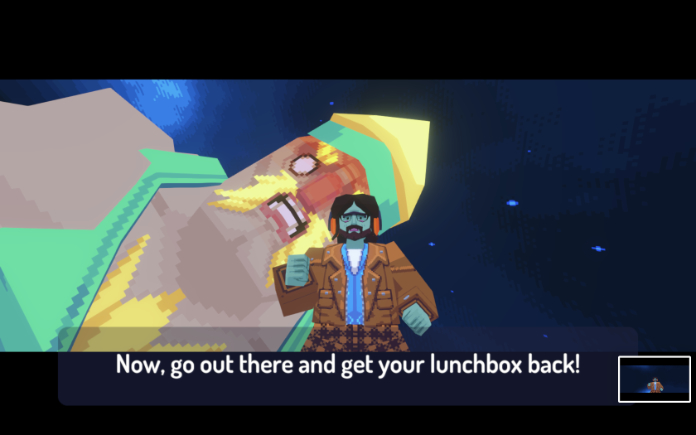 Take charge of your life! Of course, you’ll need to go to his seminars, buy the protein powders, the books, and pay a membership fee to get the full benefit of his program.

The play itself consists of, initially, just pressing the space bar to say “NO!” and the down key to laugh, breaking down your foes’ confidence. There’s also a charge attack and an alternate, more subdued no attack that doesn’t seem to actually do anything the normal one doesn’t. Essentially, the game is an on-rails shooter that you don’t have to aim or even really do anything particularly skillfully — the mechanics are just there to make the office workers say funny things like “I am actually small!” as they fall over in response to your demurring.

At the outset of this journey, you’re presented with an optional character creation screen. It’s not the most robust you’ve ever seen, and neither need it be — but still, you have lovely clothes, silly hairstyles, wonderful faces and an impressive array of skin tones to choose from. 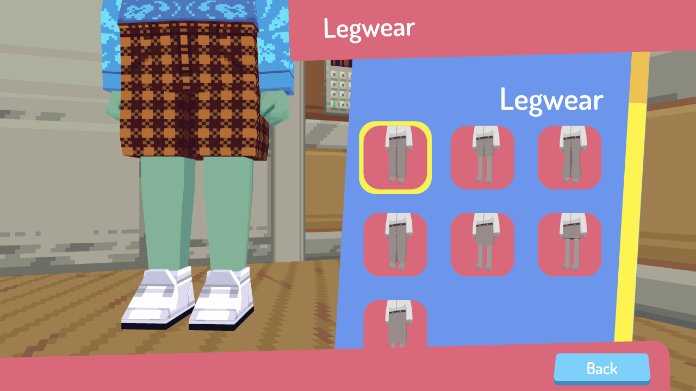 I would wear these shorts in real life.

So far, the game has a few fun little Easter eggs and diversions, and if you’ve ever worked in a professional environment anywhere close to the one presented in the game, there’s an immense amount of satisfaction inherent in yelling “no” at, or laughing in the faces of, your unreasonable coworkers. So far, the gameplay doesn’t seem particularly deep, but the pacing of new abilities and the wack-a-doo story is good enough to keep it compelling. Of course, it remains to be seen whether this will be enough to keep players with it all the way to its conclusion. We’ll soon find out, as the game is set to release sometime this Spring for PC/macOS (via Steam), iOS and Nintendo Switch.