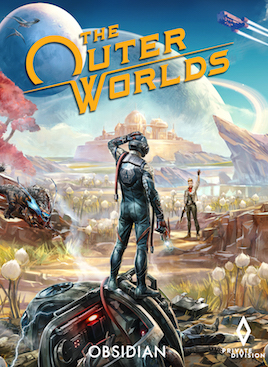 The Outer Worlds has been providing elements of mystery since its initial 2019 release, but the latest and supposedly final DLC content, Murder on Eridanos, truly goes all out in placing the character in a film noir inspired whodunnit case. As a final send off to The Outer Worlds, players can travel to new location Eridanos after completing the Radio Free Monarch questline and it’s recommended that you would have reached level 30. But once these conditions are met, players can watch an aetherwave drama and respond to the distress call coming from Eridanos.

The cause of distress on Eridanos is the murder of the star of the noir inspired serial Halcyon Helen. Similarly to the talk shows in Grand Theft Auto games, the bits and pieces that were developed were interesting enough where I wanted to watch more of this fictional in game game show, which is a testament to the writing of this DLC which is one of its strengths. After becoming familiar with the new location and the fallen entertainment star, it’s time to put on the detective cap and go about solving the mystery.

Some detectives rely entirely on deductive reasoning and low-tech approaches to identifying clues. To solve the Murder on Eridanos the player is given a brand new gadget to assist with finding and analyzing clues. This device is the Discrepancy Amplifier, which makes finding examining clues a lot easier. A case could be made that this device may in fact work a little too well, guiding the player to clues and their eventual analysis too easily which can take away from the old-fashioned approach to sleuthing, but overall it does make the investigation run smoothly. The robot voice who offers its insight during the analysis is an amusing addition, adding more of the dry humor that has come to be expected in The Outer Worlds. 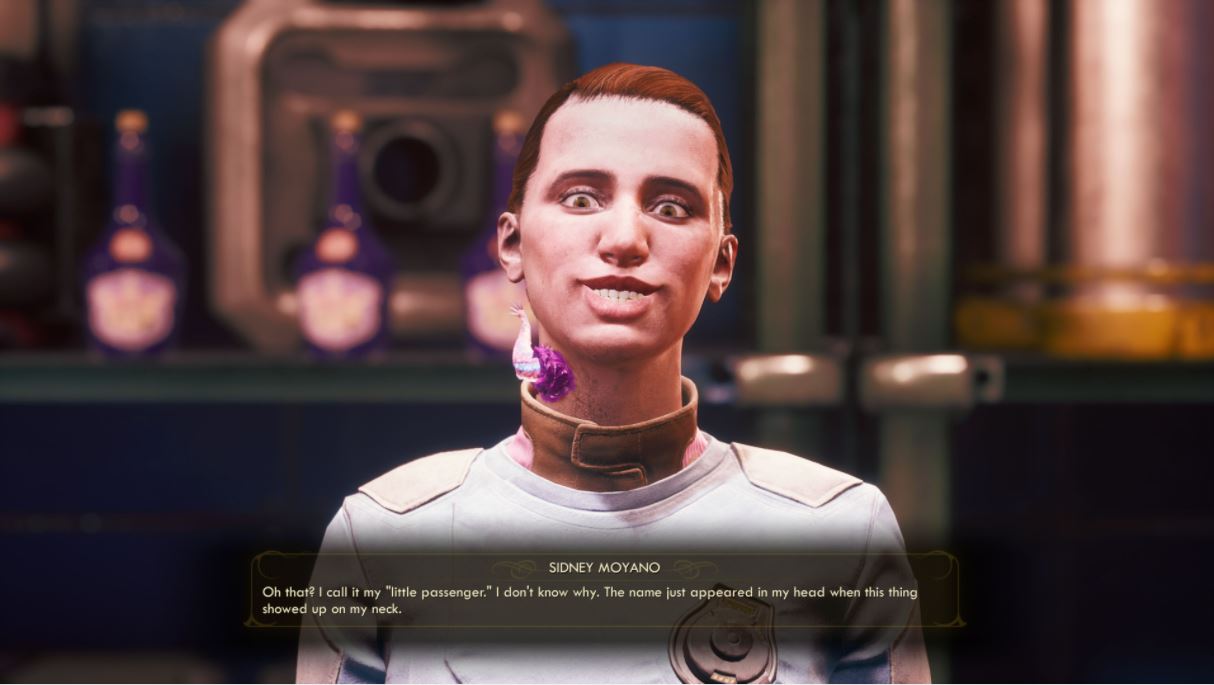 The entire content in Murder on Eridanos is entirely self contained on the world of Eridanos, making it feel almost like a separate entity than a continuation of the The Outer Worlds. Eridanos isn’t an intact planet, but more of a series of meteors held together by cables. Despite being a makeshift world, Eridanos does seem to be at the pinnacle of high society. There’s a luxury hotel and distillery among the other signs of an advanced hedonistic society. The player is set up with a crime lab in order to investigate the Halcyon murder, which is a convenient way to organize all the information and clues for proper analysis. By the time the player has reached level 30 and basically plowed through the main content of The Outer Worlds, most of the semblance of combat challenge is gone at this point where the enemies are little more than glorified cannon fodder, but battle isn’t the main attraction in this expansion.

Even with the aid of the Discrepancy Amplifier holding the player’s hand during the investigation and making it nearly impossible to miss some clues, the detective work is what makes Murder on Eridanos shine. Going through all the dialogue, collecting clues and reading through everything can make Murder on Eridanos last ten to twelve hours, though a less completionist approach could likely finish it much quicker. The Other Worlds has always been full of entertaining and humorous characters, and Eridanos has plenty of new ones to meet. When the player has finally analyzed all the clues, they can make the accusation of who they think committed the crime. Some possible subjects are more obvious than others, and some of the final accusations seem like they were included just for the sake of adding humor, but if you’ve gotten to the point where this DLC is accessible, that’s the type of thing one should expect from The Other Worlds. 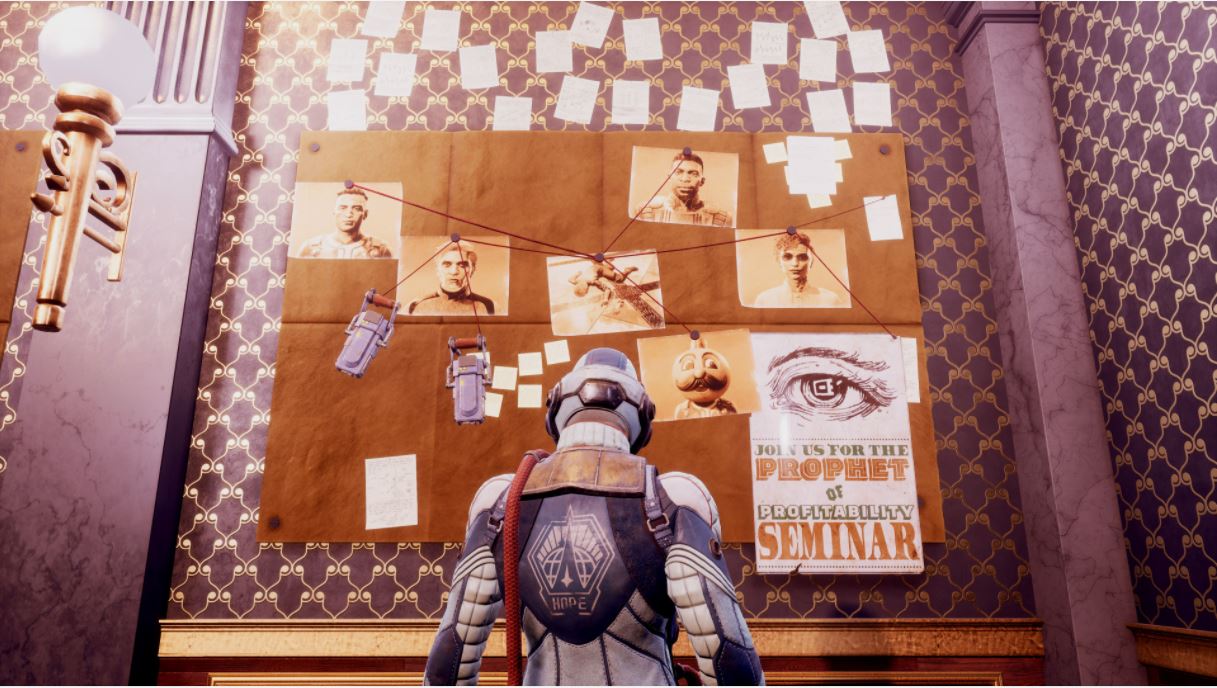 Murder on Eridanos is a fine send off to The Outer Worlds, giving players an opportunity to flex all their detective muscles in solving one final murder mystery. The writing and humor are able to maintain the high standard that was set by the core game, and even though the combat has been reduced to simply going through the motions at this point, the storytelling is able to make this a memorable experience. Eriadnos itself is a vibrant world to explore filled with its own culture and interesting inhabitants. Murder on Eridanos is a darkly humorous nod to film noir while staying true to the feel of The Outer Worlds, making it a worthwhile final addition to the game.