Marvel’s Avengers launched last September as a Frankenstein of a mess that wanted to be a little of everything. The serviceable campaign, interesting gameplay mechanics and graphical presentation were all dragged down by a terrible live service structure filled with repetitive locations, lack of enemy or boss variety, poor mission variety and an unsatisfying loot grind. Developer Crystal Dynamics had a momentous task to save their struggling game. While the next-gen versions are nice upgrades, they’re not the panacea to the most pressing ailments.

What the next-gen upgrade does do is fix Marvel’s Avengers’ performance woes on last-gen consoles. The game now runs at a smooth 30fps or 60fps, depending on your selected mode of play. Marvel’s Avengers feels immensely better to play with all the slowdown found on PS4 and Xbox One gone. The update also delivers the usual next-gen flourishes like higher resolutions, enhanced textures, higher-quality effects and more. No upgrade has made as much of a difference as the load times, though. Loading on last-gen consoles was a considerable impediment with lengths far exceeding the minute mark. Now, it takes mere seconds to boot from the home screen and another couple of seconds to get into the game. 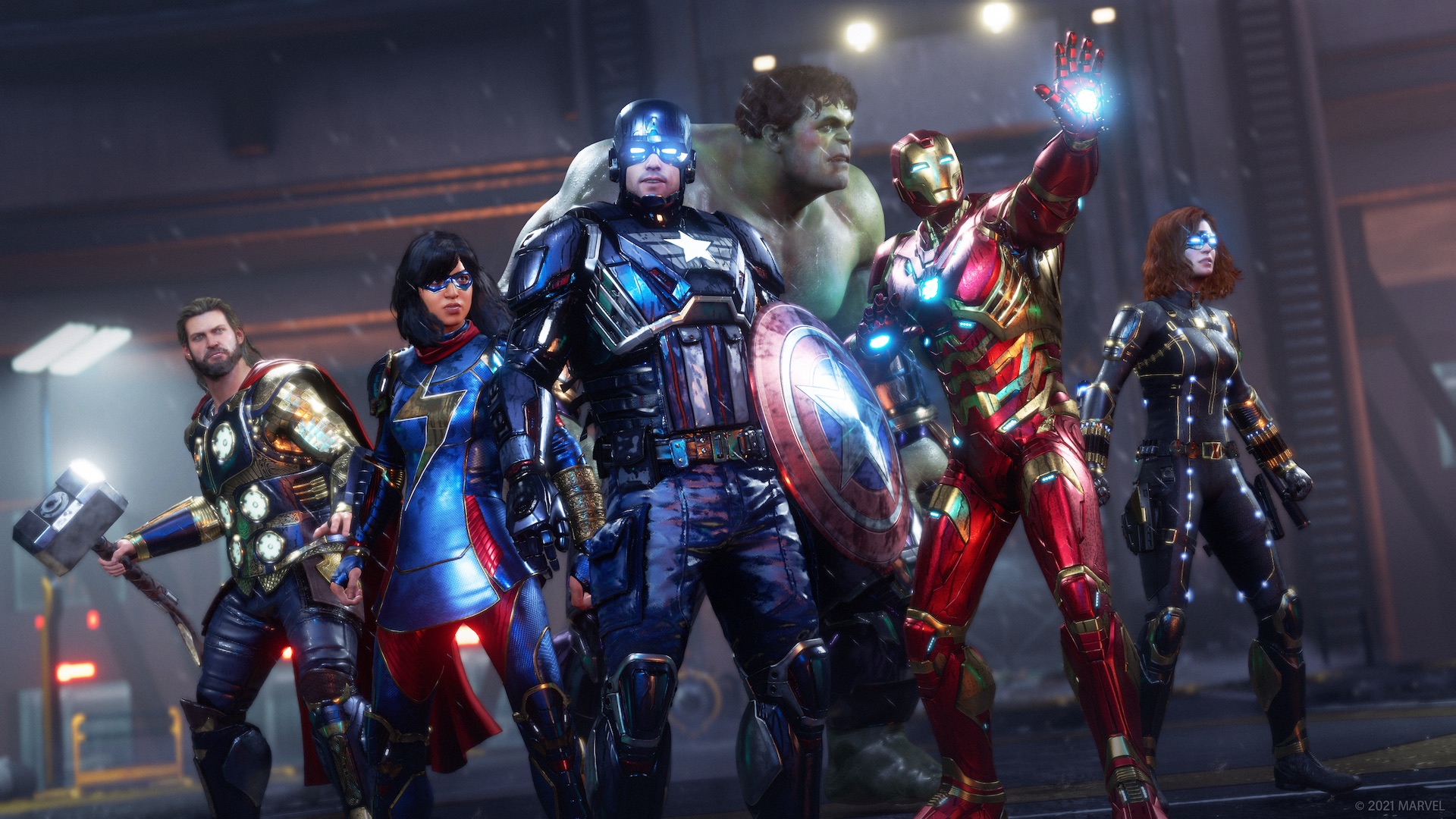 That’s not to say the next-gen versions are an oasis compared to last-gen. Marvel’s Avengers remains full of bugs and glitches. Some are minor, like audio syncing or the entire UI disappearing. Others are major, like the DualSense continuing to vibrate uncontrollably in menus or extended freezes when opening or closing them. Then, there are still critical bugs that send the game crashing to the console’s main menu.

The next-gen update makes the game play and look better, but the more pressing issues remain unaddressed. Most notably, the past six months have not led to a dramatic improvement of the live service elements. There are no new biomes to explore, no new enemy types or Marvel villains to spice up combat, no new mission types, and the hunt for loot remains as unsatisfying as ever. There is one new location, but it’s essentially a reskin of the Utah Badlands. If you fell off the game hard after completing the main campaign, the new update will do little to bring you back. 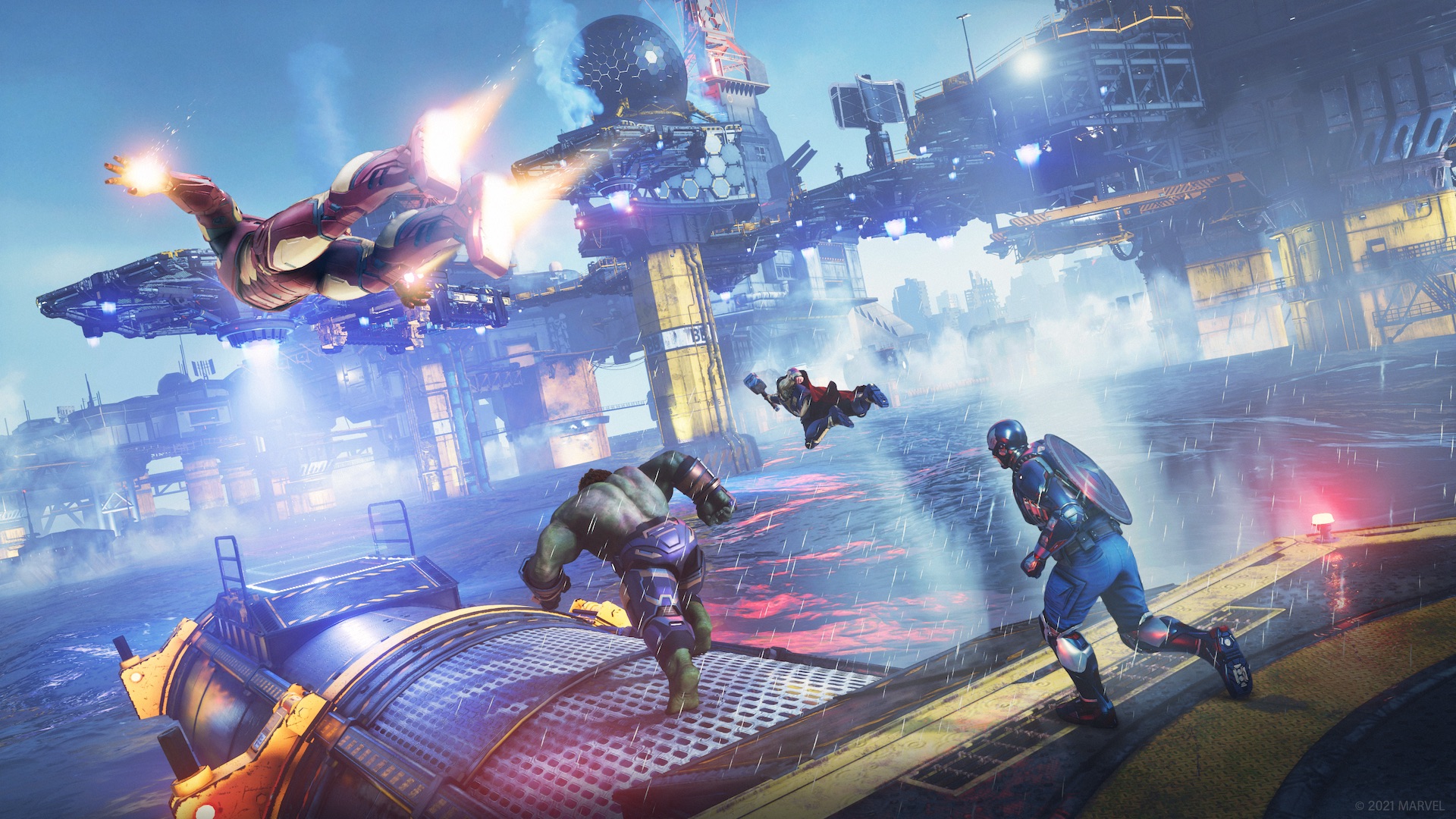 The update does come with some new content in the form of the ‘Future Imperfect’ operation that adds new story missions and a new playable character, Hawkeye. Since launch, if you’ve been absent from the game, there’s also the ‘Taking A.I.M.’ operation, which includes Kate Bishop. Both characters function identically to the point where they’re nearly palette swaps. Both use a bow as their ranged weapon with three arrow types (standard, spread and explosives) that only have slight differences, and they both utilize a katana for melee with the same animations. The only thing that makes them slightly different is their specials, with Hawkeye serving more as a support character and Kate providing explosive damage. As back-to-back releases, the similarity in both characters is disappointing.

Their respective chapters also leave a lot to be desired. Kate’s operation is older now, but the premise of trying to find Hawkeye had solid legs and culminated in an exciting boss fight. Still, the composition of the operations levels being primarily pulled from the Siberia live service level made the operation extremely repetitive.

Hawkeye’s ‘Future Imperfect’ operation has a stronger premise. The Avengers must travel into the future in search of Nick Fury, whom they believe is helping Scientist Supreme Monica Rappaccini stave off an invasion from the Kree. Hawkeye and team, however, will need to deal with a new threat born out of this apocalyptic future. 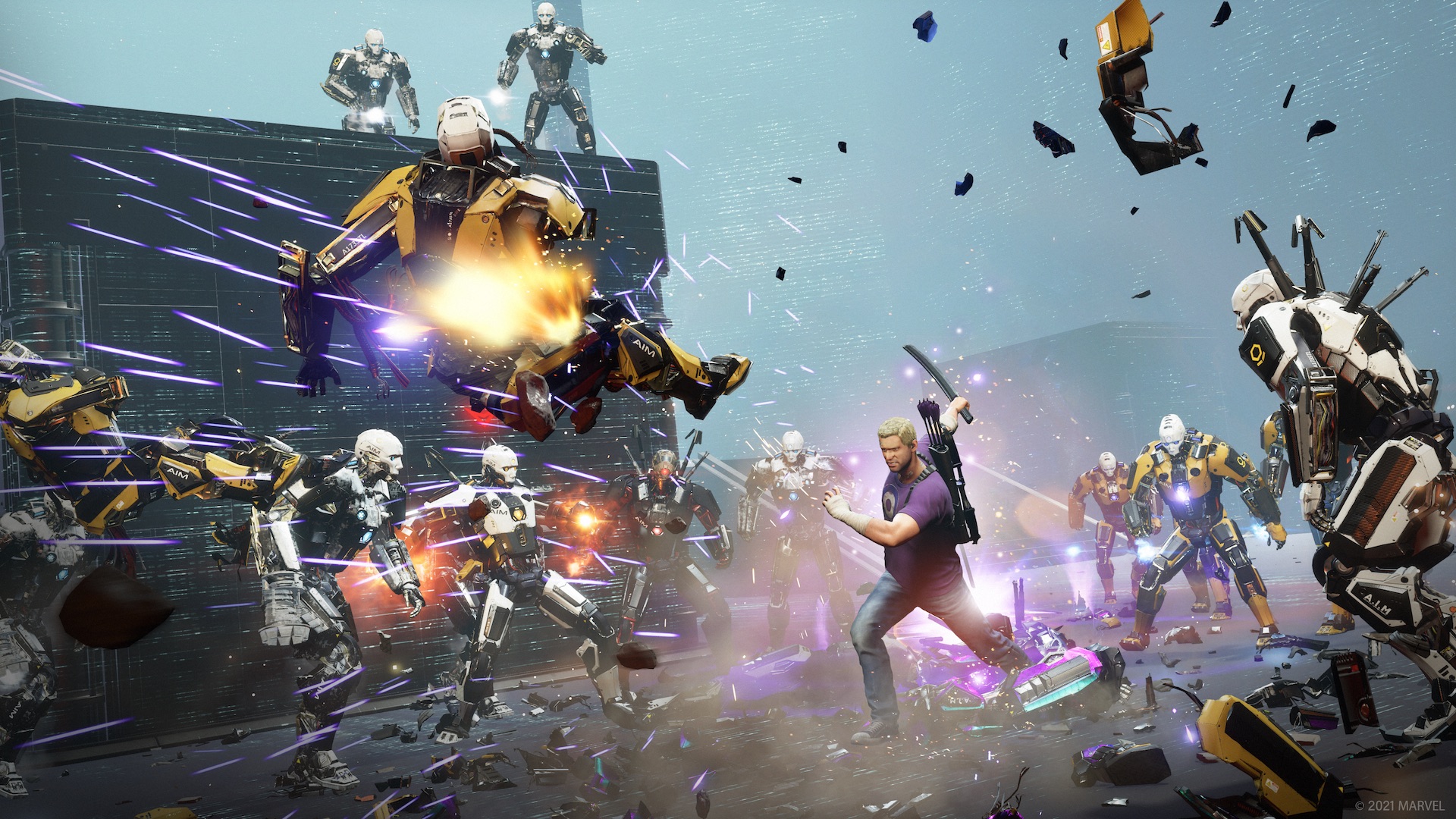 The premise is strong, but the execution is lacking. That post-apocalyptic future wasteland doesn’t include any new locations, enemies or mission variety. It all culminates in a bullet-sponge boss fight and a revelation that induces more head-scratching than it does provide interesting revelations.

Marvel’s Avengers is in as much trouble today as it was at launch. At launch, it wasn’t clear what type of game Avengers wanted to be, instead opting to be a single player game, co-op game and live service game all at the same time. The different experiences didn’t mesh well together. Fast-forward to the next-gen release and the vision for Avengers remains muddled. The new operations clearly want to tell a story, but the live service elements are, once again, getting in the way. Meanwhile, the new operations do little to address the issues with the live service elements. New playable characters are nice to have, but Kate and Hawkeye aren’t different enough to make each feel like a worthwhile addition.

The next-gen consoles’ power may help make Marvel’s Avengers a better experience to play, but there are more significant problems that remain. Hopefully, the upcoming Black Panther expansion can address that. In addition to the Black Panther character, the expansion will also add a new biome (Wakanda), enemies and a new Marvel villain (Klawe). Until then, Marvel’s Avengers still needs saving.