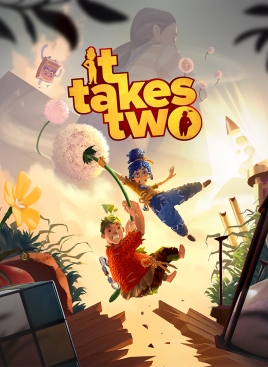 December 7, 2017 will be a night that the gaming world will never forget. At The Game Awards, filmmaker and game designer Josef Fares was set to discuss his studio Hazelight’s then-upcoming game, A Way Out. What happened was that Josef ended up going on a rant that included him shouting “F— the Oscars!!” which quickly went viral. Josef himself admits he was caught up in the moment, yet as awkward as it was, the sheer ecstatic feeling Josef clearly displayed told us that this was a man who was passionate about video games. Combine this passion with a desire to explore unique ways to see how games can be built around various forms of co-op play and you have someone who could actually create potentially groundbreaking stuff. And Josef’s passion has now lead us to It Takes Two, which may now very well be their magnum opus when it comes to these experiments.

It Takes Two is the story of May and Cody, a couple whose relationship is starting to go sour. They’re finally ready to see about a divorce, which their daughter Rose is sadly aware of. After crying on handmade dolls of their parents and all but wishing on a self-help romance book for them to fix everything, Cody and May suddenly awake to find themselves trapped in the doll bodies, understandably freaked out. Now having been shrunk, they have to head out across various areas of their house that have now taken a turn for the surreal, filled with bizarre characters, massive worlds, and the now-animated romance book, Dr. Hakim, who is dead-set on getting the two back together through various exercises, and thus two players need to help our couple see if they can survive their current troubles, both big and small.

It Takes Two is an epic platformer that’s strictly co-op, which leads to one of its greatest strengths and one of its greatest weaknesses. The strength would be the fact that Hazelight have crafted a game filled with so variety and so many amazing things to experience and interact with, you will want to enjoy them with a friend. Cody and May’s interactions help, but so many of the various distractions you encounter are just so perfectly crafted to be enjoyed by a duo. In fact, to drive the point home, I never encountered any story-based achievements or game-based ones like knocking out a certain number of enemies. Instead, all of them were for doing things like snapping pictures using a now-giant camera and some cardboard cutouts, riding a toy train or accidentally shooting the other into space with a seesaw. It drives home the point that It Takes Two is a game all about exploration and interaction with the environment in countless ways and it works perfectly. 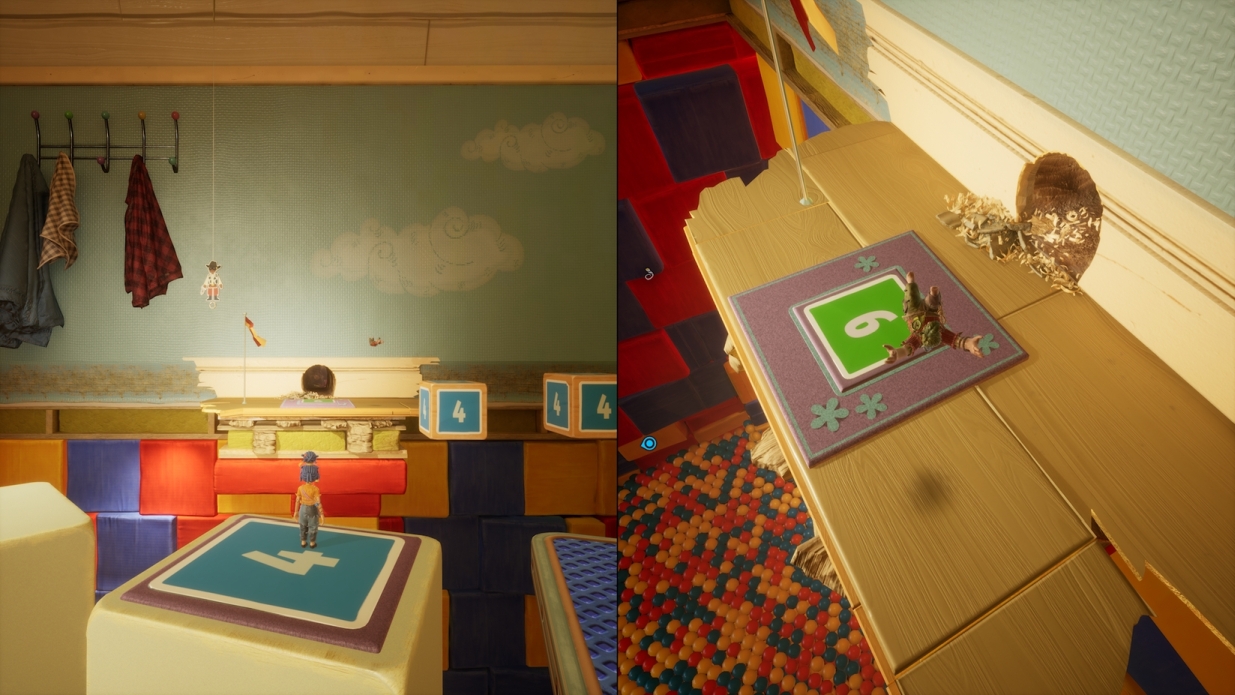 The weakness, on the other hand, is that in order to experience all of this wonder, you’re going to need a friend who can commit to at least a good ten hours or so. Yeah, this is not a mere cinematic co-op adventure like one of the Dark Pictures Anthology games of even the aforementioned A Way Out. No, It Takes Two is a full-on, full-length 3D platformer, and one that requires you and a friend in order to play it (either with local co-op or online). And while it may be a blast to experience together, unlike the other games mentioned, this isn’t just something that lasts a few hours and that you can play in a short burst. No, you need someone to basically provide a full-on commitment in order to enjoy it to its fullest (although given that the game revolves around a married couple, that actually kind of feels appropriate). And even with the Friend’s Pass that allows others to play even if they don’t own the game (which is an extremely welcomed addition), it may be tough to get anyone to join in for a lengthy period. So one could say that It Takes Two is the perfect length for a single-player game, but feels a little too lengthy for co-op.

But all that said, once you do find someone and begin to get into the game — in this case, our own Jeremy Peeples was willing to assist me — it truly becomes a breathtaking experience rather quickly. Presented in a split-screen format (weird how I’ve covered yet another major game this year to do so), one player controls Cody and the other May, who begin with your typical jump/double-jump/dash/air dash setup, and some rail-grinding thrown in for good measure. Things begin to pick up once May gains control of a hammer and Cody gets some nails that he can throw into certain boards, however, as it begins the game’s central hook. Switching gameplay elements with every major section, It Takes Two sees each member of our duo gifted with different abilities each time. Cody gains the ability to grow and shrink while May gains anti-gravity boots that let them walk on certain walls, Cody gains the ability to rewind and fast-forward time while May can create clone of themselves that they can teleport back to, and more.

Aside from all of these different abilities allowing for a variety of gameplay and controlling perfectly, what these mechanics lead to is what may easily be some of the year’s best puzzle design. It Takes Two is almost immaculate when it comes to its puzzles. Almost every one of them is perfectly crafted to be simple yet challenging while escalating at a proper rate, and even once you comes across the “eureka moment” where you realize how it works, the true challenge kicks in: proper communication. The best obstacles all require one to discuss solutions with the other, be it brainstorming possible solutions or directing your friend where to properly pull off certain actions. Entire sections are built around this, like having to manipulate a dinosaur maze one is going through or weighing down platforms for the other with sap, and all of them are amazing. 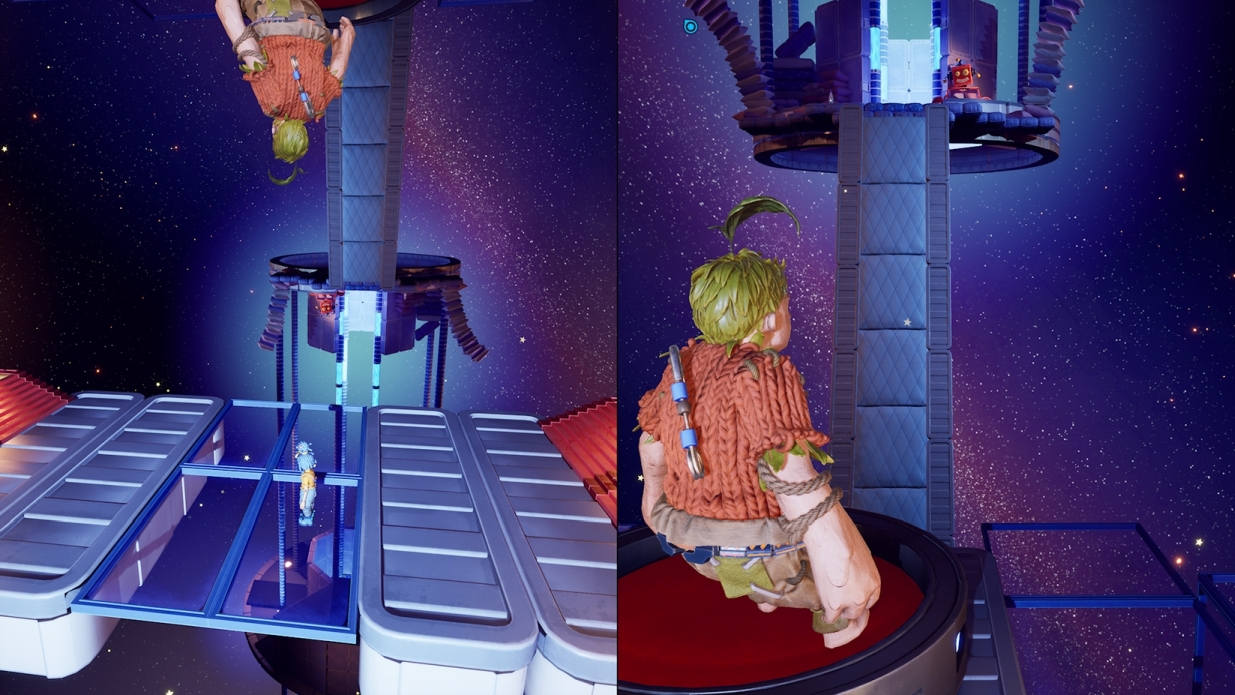 I may not be explaining these particular parts of the game in greater depth, but there’s a reason for that, and it’s because I don’t want to spoil one bit of It Takes Two that could blow anyone’s mind (not even anything that might be in the trailers) and there are a lot of those bits. It Takes Two even has setpieces that can even rival the likes of the Uncharted games, both in visuals and gameplay. We’re talking boss battles against now-sentient and now-giant toys and appliances, unexpected genre shifts, voyages across huge obstacle courses and much, much more. It’s a game where things can easily change on a whim and the unexpected can lurk around every corner, all in the best ways possible. Even just a random platforming challenge that you can stumble across can feel grand and epic.

As mentioned, though, the visuals help contribute to the epic feeling even further. Games like Grounded have proven how you can create a grand world of adventure out of ordinary setting like the backyard, but It Takes Two beautifully exaggerates each area and builds upon them, so a pillow fort becomes a huge fortress, an area housing various toys suddenly features a huge ball pit ocean and play castles and cuckoo clocks can suddenly feature entire miniature cities. The areas feel massive, filled with an insane amount of detail and sights to behold, all colorful and making the grandest use of next-gen hardware. 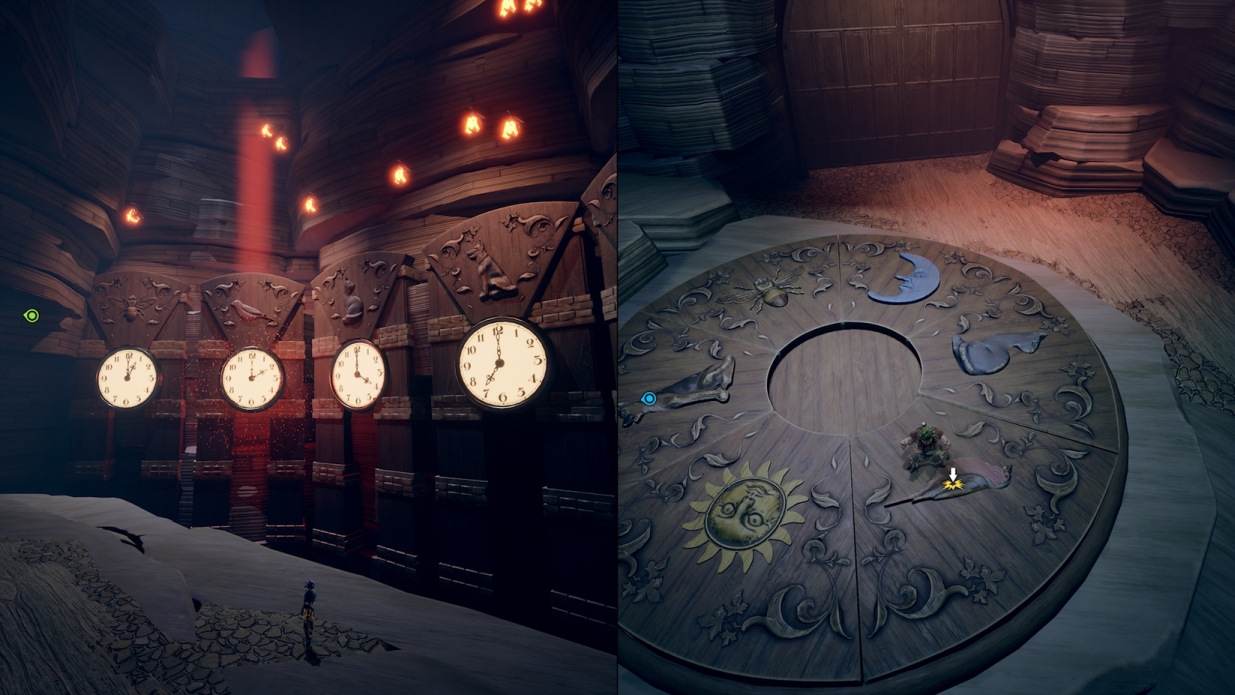 It’s difficult to understate just how many wonders It Takes Two has that you have to discover for yourself. Some of the best wonders, ironically, being relatively small mini-games. In place of collectibles, instead there are several small PvP games to find, with some being out in the open and some requiring a little detour now and then. They range from platforming challenges to huge versions of classic toys, including other fictional video games. They’re all a blast to try out with your partner, and coming across them even unlocks them for repeated play outside of the main game. It’s a great touch that further contributes to the game’s spirit, and adds a nice chunk of replay value.

In many ways, the sheer amount of things to do, wide open areas to comb over, and colorful, striking landscapes make It Takes Two feel like a modern take on classic Rare platformers, a point Jeremy noted when it came to the game’s sense of humor. On my end, I couldn’t help but be reminded of ’90s films such as Honey, I Shrunk the Kids or Mrs. Doubtfire, delivering this comical, out-there fantasy tale wrapped around the realistic relationship troubles of our lead characters. The writing tends to aim for more light-hearted and comical approaches most of the time, given the various oddities to come across, but it still has a bit of a mature edge to it at times (including doses of black comedy), and still has nice emotional beats, creating an impressive journey overall. A journey that would be amazing all on its own, but when put in the shoes of Cody and May alongside someone significant, truly becomes something special. 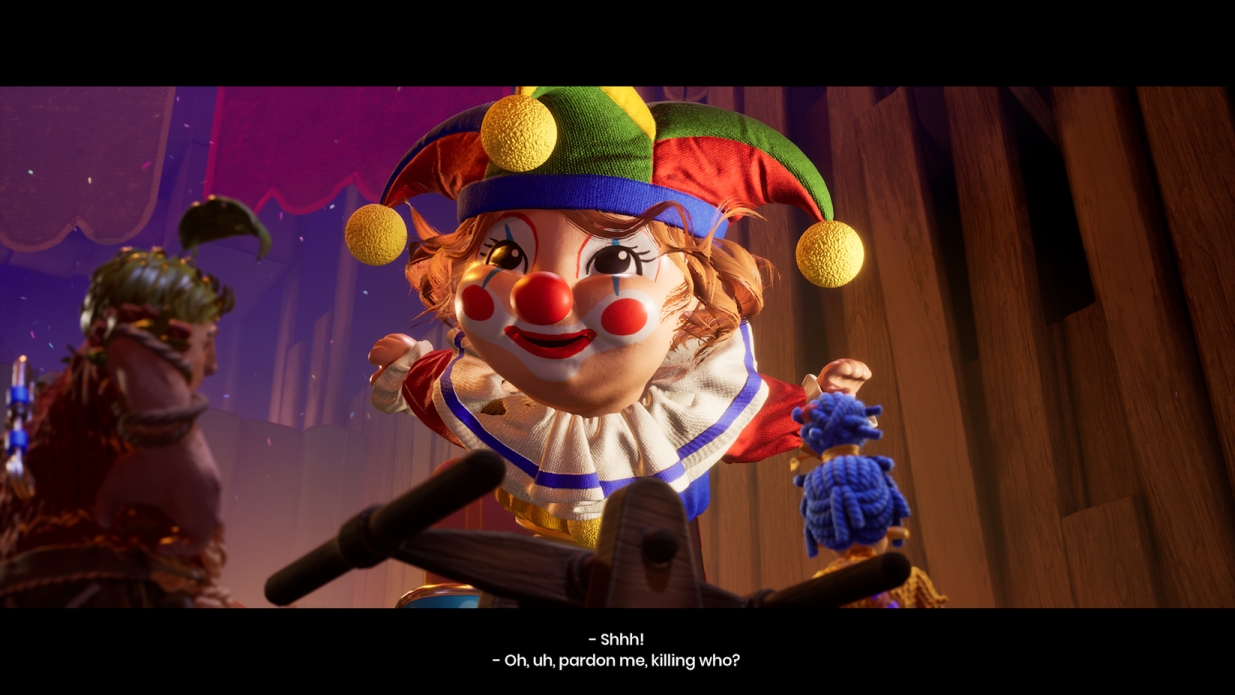 It Takes Two is thus far one of the year’s best platformers, best overall games, and can likely stake a claim as one of the best co-op games ever created. It merges a grand platforming adventure with sublime co-op play through a blend of perfectly-crafted challenges and jaw-dropping levels and setpieces that you need to share with someone close to you. It’s a triumph in almost every area, with such a wide range of expertly-executed ideas and gameplay concepts that it deserves to be called a true passion project in almost every sense of the word. You need to experience this as soon as you can, so grab a friend and prepare to be wowed.