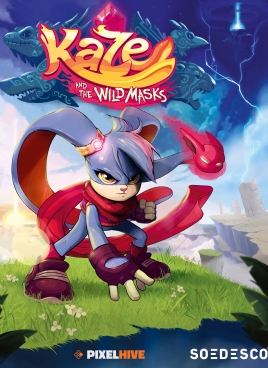 Kaze and the Wild Masks

The summer of 2020 saw many demos released across Steam and Xbox platforms to give players an idea of what was coming up, but no demo did more to showcase a game’s content than Kaze and the Wild Masks. With an entire world playable, players got a sense for how the game looked, sounded, played, and most importantly, felt. The end result was a memorable experience that managed to stick with me despite not having touched the demo since then, and with the final game upon us, the time utilized for extra polish has been well-spent. Designed as a love-letter to 16-bit platformers, with a heavy influence from the Donkey Kong Country trilogy, Kaze aims to be more than just an homage to the past — and achieves that goal with ease by delivering one of the best-playing 2D platformers of the past 20 years.

Kaze and the Wild Masks delivers an exciting platformer with an unrivaled amount of versatility to its stages. The flow with its platforming is also on par with the DKC SNES games and far beyond either of the Returns games — and even manages to top Yooka-Laylee’s Impossible Lair. Over the past 25 years, many games have tried to be a DKC-like and fallen short, but Kaze manages to topple even the classic SNES trilogy in several ways while creating its own memories along the way. For a game that aims to be a sendup of the past, that’s impressive.

Every part of the design evokes passion — from the platforming to the visual cutaways for power-ups, to the music and sound design as a whole. It’s clear that a lot of TLC was spent making sure that this was a fun game to look at, play and partake in. Kaze’s base form controls a lot like Dixie Kong from DKC 2 and 3, with Dixie’s hair helicopter being replaced by a big bunny ear copter and her unique overhead throwing of items to take out foes. Right away, Kaze feels familiar as you bounce from enemy to enemy with a natural rhythm in your jump taking you from foe to foe in a logical sequence that also leads you off the beaten path just by how the “correct” sequence of events puts you in a particular place. 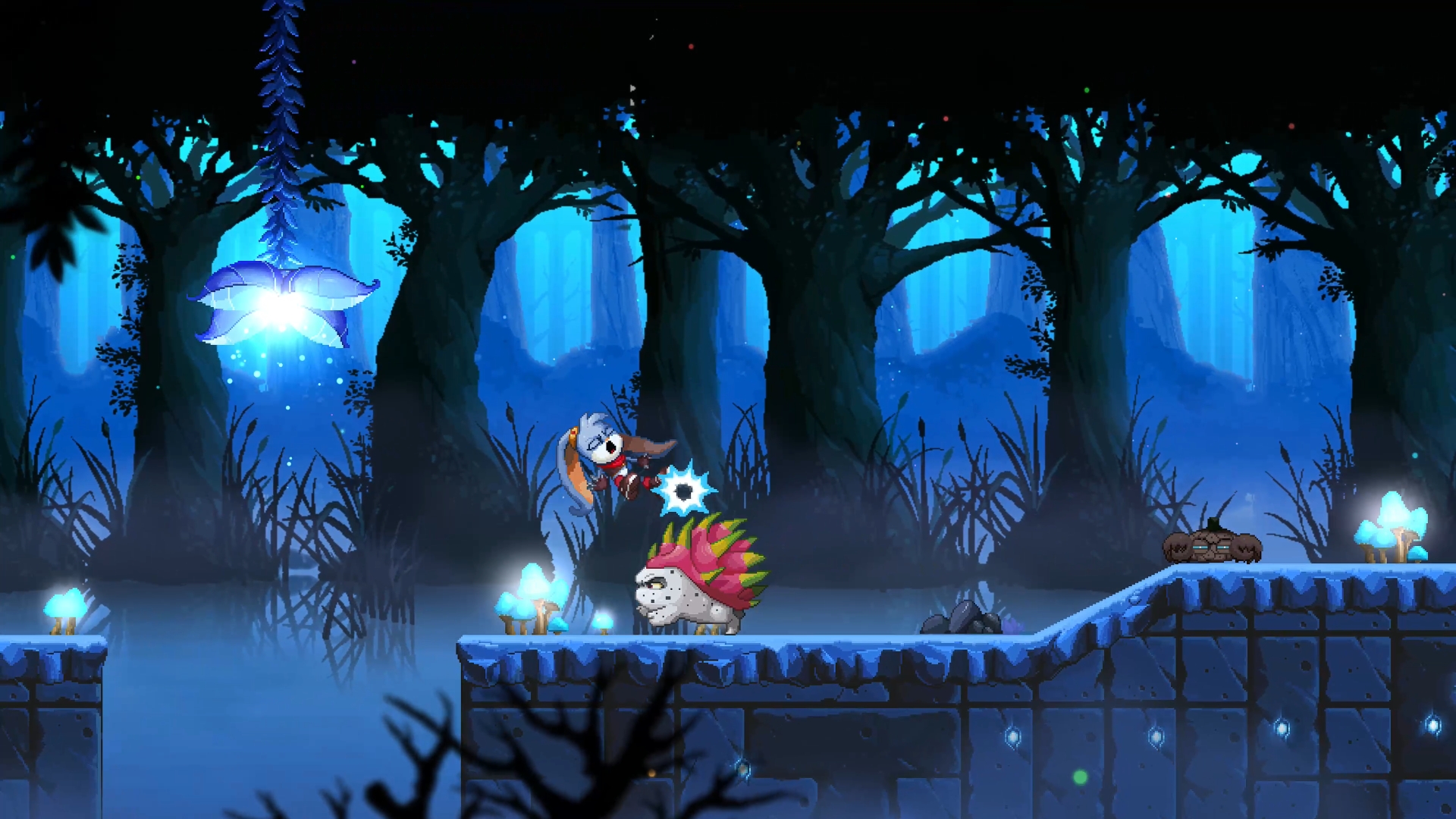 Stages have a collect-a-thon nature to them that is among the least obtrusive I’ve encountered and makes it a blast to find everything while also feeling rewarding to see all of the meters at the end of a stage fill up. There are at least 100 crystals to find in a level with some bonus ones thrown in to help you get over that threshold alongside two hidden halves of a jewel that you have to complete bonus stages for alongside KAZE letters that act like KONG letters did in the DKC trilogy. The bonus stages have more variety to them and massive quality of life improvements as well.

The DKC trilogy had fantastic bonus stages, but they were also required for completion bonuses and were one and done. You couldn’t redo any of them and failure at one meant that you couldn’t just retry it. With Kaze, you can retry bonus stages as many times as needed — which makes not only completing all the tasks easier, but allows you to fine-tune your skills in the various power-up masks and gameplay mechanics. Being able to practice flying around with the eagle power-up and get a handle on the projectile aiming with efficiency being a key indicator of success makes you learn quickly and then you see your reward for that learning right away.

The tiger mask may not turn you into Satoru Sayama, but it does enable fast dashing that goes beyond anything seen in a DKC game and brings you quick, sudden movement that’s perfect for learning the rhythm of an enemy bop and then transitioning right into using the dash to either take out another foe or grab a row of crystals. The shark power-up allows players to dart through water while also offering up more precise underwater controls. This means that intricate enemy evasion and even a bit of bullet hell-style action from enemies is actually doable and downright fun with a bit of practice. Death will happen, but a lot of anti-frustration features are put in place to help out. 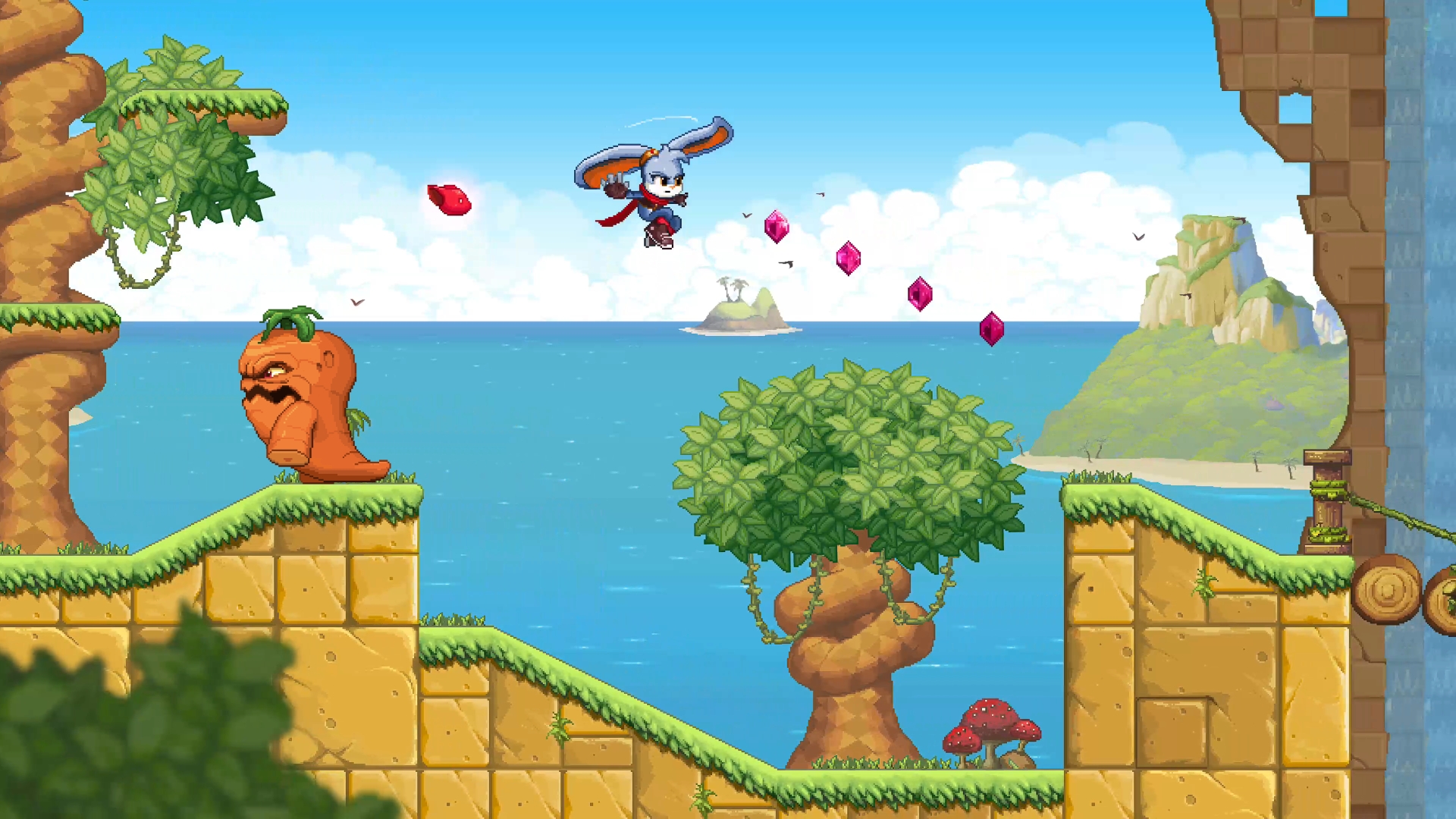 There isn’t a life system, so death itself has minimal consequence beyond a mild setback in stage progression. Checkpoints are frequent — with a mid-level checkpoint ensuring that all of your progress with collectables in maintained. There are also interstitial checkpoints that retain your progress in the stage itself, but don’t keep your goodies intact – offering an incentive to learn the stage layout better to keep all of your spoils. If you die too much, you have the option of skipping the stage. This will naturally forfeit any goodies you may have gathered, but does come in handy when the game pits you against a challenge that you can’t tackle, but you still want to play on to see what the game has to offer. Or maybe you just want to see more sights and hear more amazing music, because there’s a lot of that to go around.

Visually, the art design for Kaze and its many rivals and environments is stunning. Kaze has a vibrant face and expressive body language and even an idle animation thrown in for good measure as well. Environments have a never-ending scowl and the worlds themselves shine with bold colors and striking environmental effects whenever possible. Lightning strikes change the entire makeup of how the stage looks and add an extra layer of challenge for platforming while also producing gorgeous lighting as the lightning flash affects everything on-screen differently. Animation is super-smooth and among the best-looking we can recall for a 2D platformer in ages. One great thing that Kaze has that DKC doesn’t have is the usage of highly-detailed drawings which wind up making platforming sections easier and more balanced. Shadows are more defined here and that makes tougher platforming areas easier to deal with.

Musically, the soundtrack is one of the best in the genre today with a sound that evokes the DKC trilogy, but makes use of more modern video game sound design to create a rich atmosphere. Each stage theme has a different song for it, with variations being used throughout the levels to create a sense of cohesion to the music. The OST is on-par with the best of David Wise, and when it comes to games trying to evoke the DKC trilogy, Kaze outpaces The Impossible Lair in every way — with a better gameplay flow and an even better soundtrack as well. It’s amazing to see just how well the soundtrack came together too, because while it was good in the demo, it has more fine-tuning now and is a must-listen for any platforming fans. 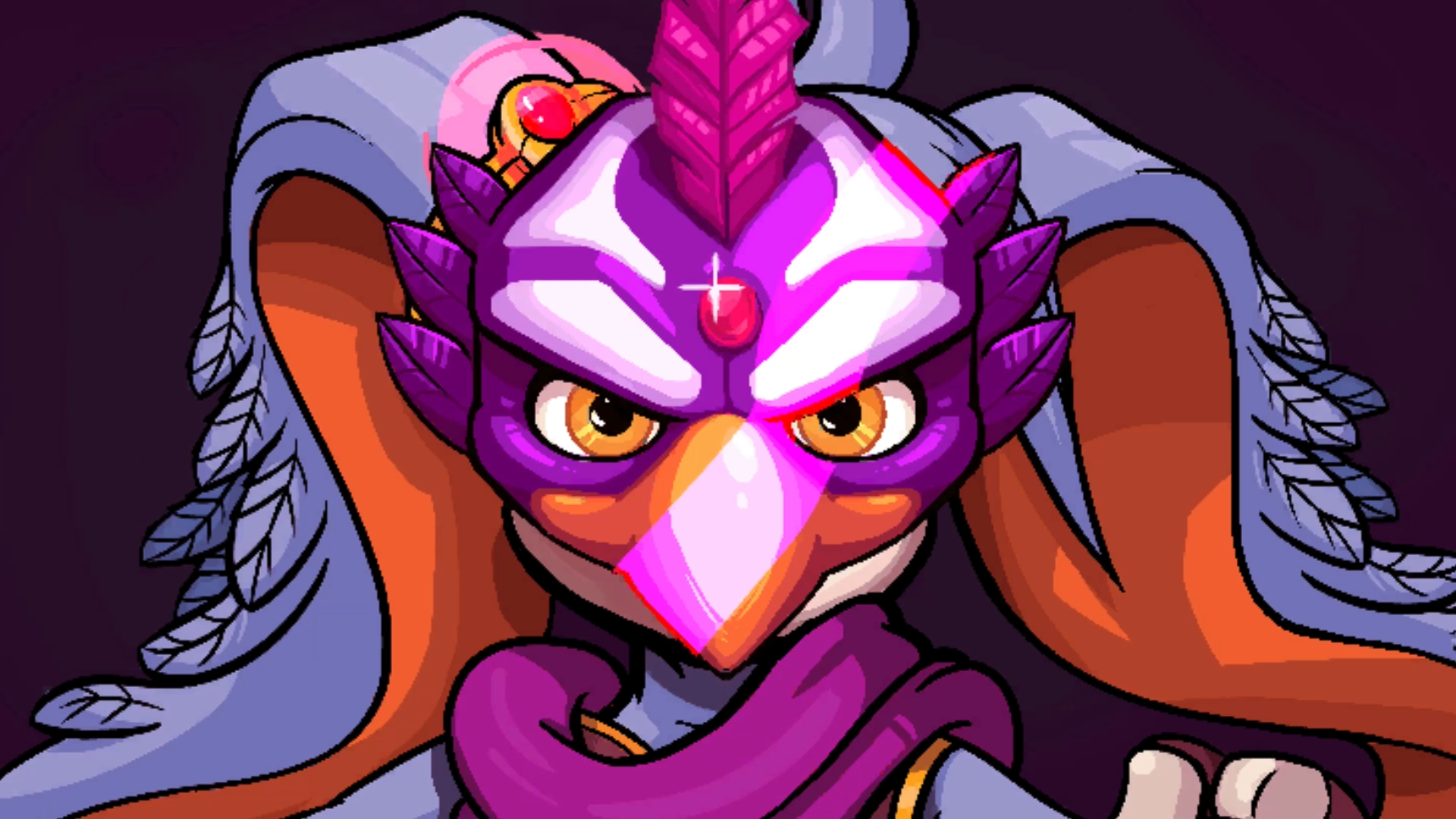 Kaze and the Wild Masks is a must-own platformer — especially for anyone craving a new Donkey Kong Country game. The flow of the action is in line with Rare’s classic trilogy, and outshines the Returns games as well as Yooka-Laylee: The Impossible Lair. It features smooth controls and a lot of anti-frustration features to craft something that still offers a fair challenge, but scales the difficulty better than most and finds a healthy balance between collecting things and making doing so a chore. It’s genuinely rewarding to collect everything in a stage, but beating a stage on its own is still a lot of fun. It looks great and has a fantastic soundtrack to boot. No matter what platform you have, you’re in for a fun time with Kaze.