Many people’s introduction to Emil was after he popped out of a machine’s body in a deserted and overgrown shopping mall. When he was seen he rolled off in a panic, not to be seen again until later after he had opened up a shop on wheels, cruising around at high speeds blasting his upbeat song about how every day’s a sale and a every sale’s a win. The ghoulish smile on his face and general friendly disposition could have someone believe that this happy soul wanted nothing more than to make friendly chit chat with 2B and 9S while earning money for, well, whatever he might need money for in his current state. But that is not the case. Though he sings “every day is great when you’re me” and that is lie to himself and the world, as his cherished memories with friends that have all been lost and he went through hell to meet them. Those in the know are well aware that Emil’s story is one of heartbreaking tragedy that’s thousands of years in the making. For those that aren’t, be warned that there are heavy spoilers ahead for NieR, NieR Automata and NieR Replicant ver1.22474487139… as we examine the tragic story of Emil.

Emil’s story begins in the distant past in the year 2026, when Emil and his sister Halua were placed in an orphanage after the death of their parents. On its own that would be terrible but the awfulness is compounded by the fact the two siblings didn’t speak Japanese which was the primary language at the orphanage. Unable to communicate with staff and children, they were never fully accepted and didn’t have the opportunity for social integration. For the comfort of everyone, they were given a private room away from the other orphans. On one hand this kept them in their comfort zone, but the segregation also led to more isolation. Halua started to notice that some things seemed a bit off at the orphanage and started to wonder about some unusual happenings but kept her suspicions to herself to not worry Emil. Among these incidents she noticed were groups of children disappearing, never to be seen again. 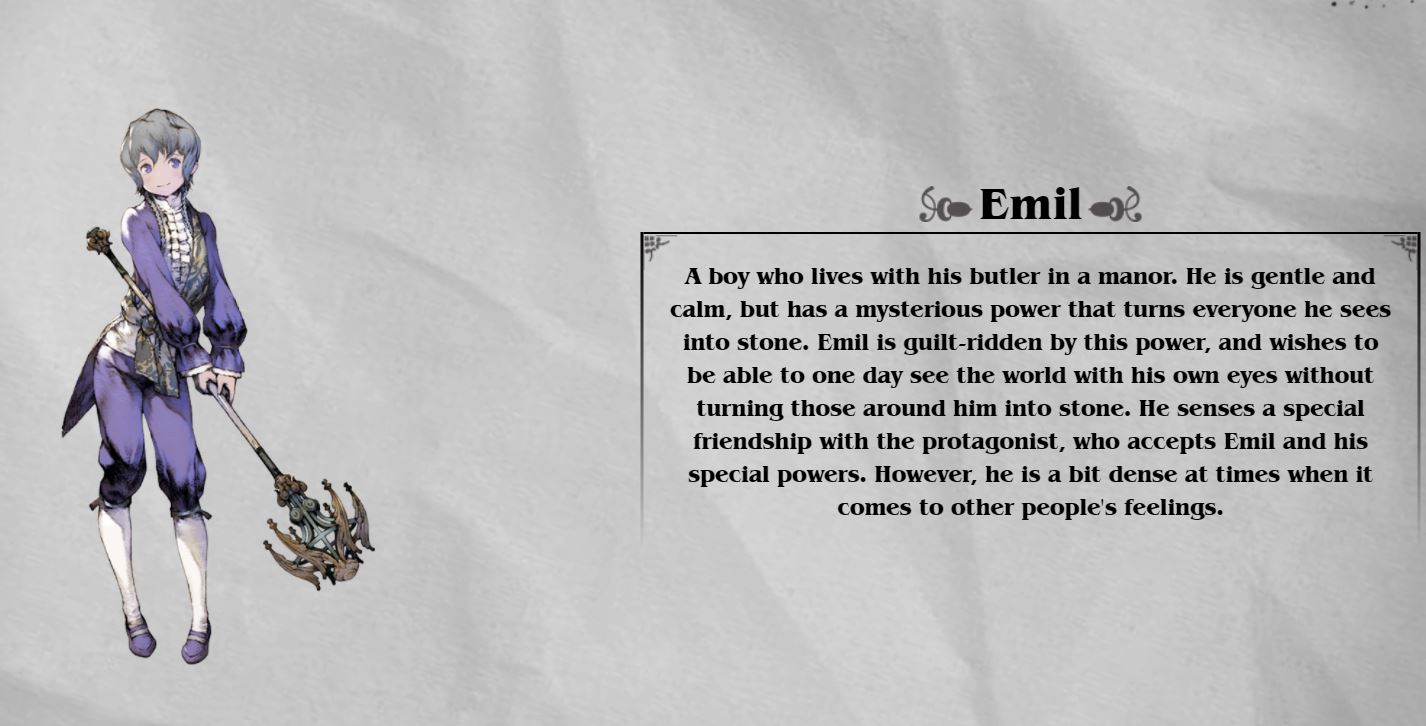 The orphans were subjected to extensive testing by the adults in at the orphanage, which Emil took in stride and again Halua didn’t want to say anything to upset Emil. While Emil was blissfully unaware of the horrors happening around them, Halua was aware that things weren’t right and she needed to protect Emil. Halua made many sacrifices here to protect Emil, such as faking an eye injury in order to keep the two from being separated. As it turns out, Halua’s suspicions were correct and the “orphanage” was in fact the National Weapons Laboratory where the orphan residents were being weaponized through a horrible procedure that transformed their bodies, though many of these experiments likely resulted in dead orphans. After the testing the researchers decided that Emil was the perfect candidate for weapon No. 6, but being the ever protective sister, Halua volunteered to go in his place to spare him from undergoing the horrible transformative process.

Halua retained her heart and mind but now had massive body with skeletal limbs. As she was restrained in her new form she remembered everything that she and Emil endured leading up this moment. Being referred to as weapon No. 6 she suspected that many others had died before her when the researchers failed at this process. Not wanting the same fate to befall Emil, she broke free of her restraints and went on a destructive rampage throughout the facility. But as soon she found Emil, fate revealed the cruel twist that had been prepared for her. As Emil stood before her, her new found body was turned to stone as Emil had already had a different procedure done to him, unbeknownst to Halua. Specifically, he was weapon No. 7, the failsafe should Halua rebel against her human masters. She was too late to protect him, and his fate was to petrify the one person who wanted to shield him from further tragedy. 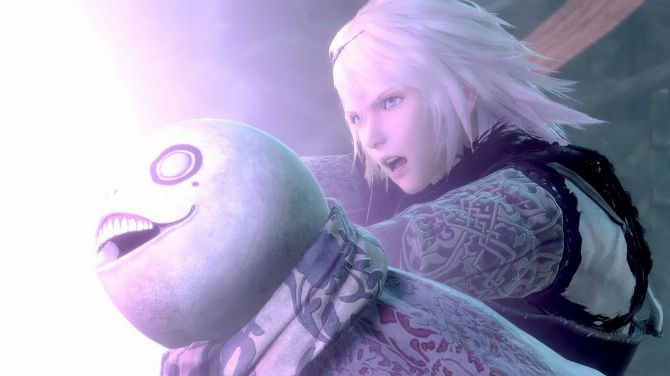 After all this Emil ended up moving into a mansion with a butler named Sebastian. Emil had taken to wearing a blindfold to protect those around him from his new power he got at the orphanage. Sebastian had taken on a fatherly role to Emil and spent years looking for a cure. During the course of this he wrote a letter to Nier, who mistook it for a love letter to Yonah and went to go have words with Emil. While having only personal experience in playing the version where Nier is Yonah’s father, the assumption is being made that in NieR: Replicant ver1.22474487139… Nier assumes a similar over protective big brother approach and travels to have words with Emil. This is where Nier is greeted by Sebastian who subsequently introduces Nier to Emil. Emil becomes fast friends with Nier, Grimoire Weiss and Kainé, but sadly Emil is forced to relive past trauma. In a battle against a powerful Shade, Kainé, who is also a rather tragic character in her own right, orders Emil to remove his blindfold to petrify her in order to keep everyone else in their group safe from the Shade. Emil reluctantly complies.

After this the game fast forwards five years into the future, which is really well over a thousand years from when Emil’s story starts. Yonah is still infected with the black scrawl, old man Nier lost an eye (which is never really explained, but a whole separate article could be written about character eyes in NeiR/Drakengard games) and Kainé is still petrified. The mansion where Emil lived with Sebastian is in fact a front that covers the National Weapons Laboratory, so Nier, Weiss and Emil decide to explore the underground tunnels under the mansion to try reverse his petrification curse to restore Kainé. These tunnels lead to the laboratory under the orphanage where the experiments were conducted on him and Halua, which starts to bring back memories of the events discussed in the previous paragraphs. As these terrible memories return to Emil, they encounter Halua’s weaponized body. When they approach it Emil is absorbed by the body which awakens, forcing Nier into battle. Following the battle, there’s one brief moment of happiness when the souls of Emil and Halua are reunited. The two siblings are able to say farewell, but when this fleeting moment ends Emil’s consciousness awakens in a new body formed from pieces of weapon No. 6. Emil is horrified at his new physical form, believing he’s now a monster. As he cries Nier comforts him, letting him know that he is still the same Emil and his friend. The petrification curse on Kainé is broken, who also accepts Emil in his current state. While subtly hinted at in NieR, Yoko Taro did confirm that Emil does have unrequited romantic feelings toward Nier. 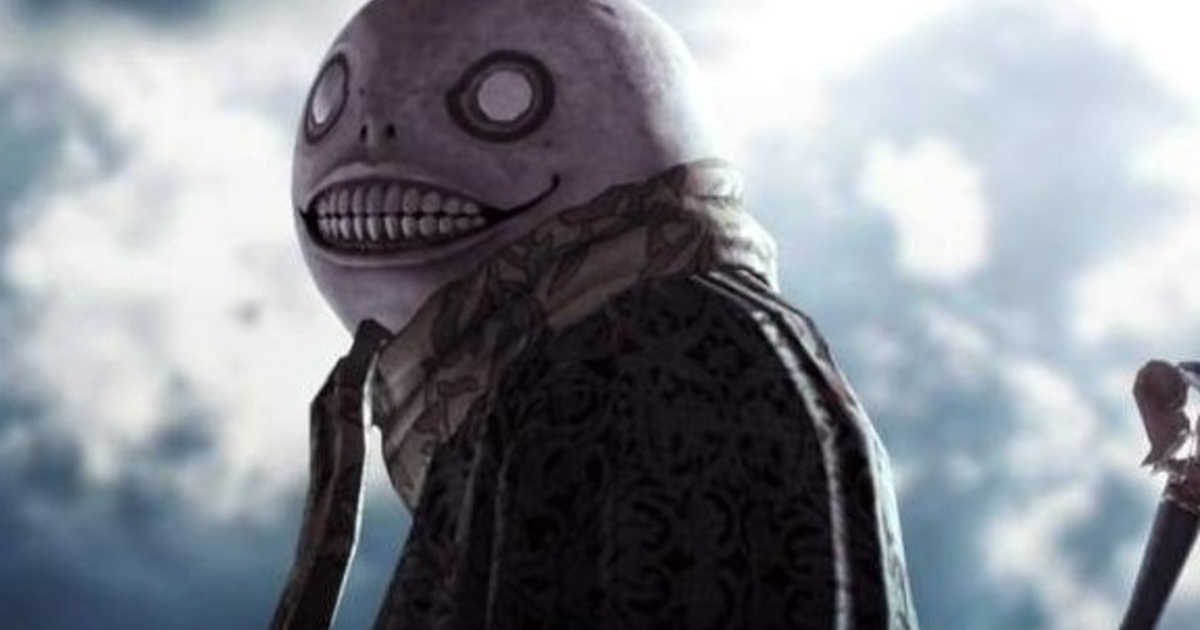 “You know…when I was young. I…I hated my eyes. And now that I’m older, I hate what my body has become. But there’s something else there now. Something like…pride. You know? I mean, without all this… I couldn’t have become your friend. Good-bye, my friends! Thank you for everything”

An advantage to Emil’s new form is that is has blessed him with incredible magic power. It also is a prime example of someone who doesn’t know his own strength as he ends up completely destroying The Aerie by accident, though based on what a player’s feelings are about The Aerie, that may or may not be considered a tragic event. This incredible power does prove more beneficial to Nier as Emil’s NPC battle contributions improve, but this immense power results in further exemplifying how tragic Emil’s existence is as he ends up using this power to apparently sacrifice his life to save his friends. Emil is at least able to find a few moments of peace before his destruction, realizing that without having undergone these hardships he never would have met his friends. Still, as valuable as these friendships are to Emil one has to wonder about the amount of suffering he had to endure in order to have them, but if they make his sacrifice seem worthwhile then they must be important people.

This is not the tragic and heroic end of Emil that is appeared to be, though. His head survives the blast and lands in a far away desert. Free from his monstrous body, his head rolls away as he travels in hope of being reunited with his friends. Unfortunately for Emil, an alien invasion happens that leads to the extinction of humanity, or whatever form of humanity exists with all the replicants running around. Emil is left alone, and to fight off the aliens he creates over six million clones of himself to fight the aliens, which ultimately proved futile. Like the Michael Keaton film Multiplicity, the quality of copies begins to deteriorate as more and more copies are made. Eventually the original Emil is lost and the copied memories in his clones begin to fade. Emil’s focus eventually shifted from fighting aliens to fighting to maintain his most cherished memories of Nier and Kainé. 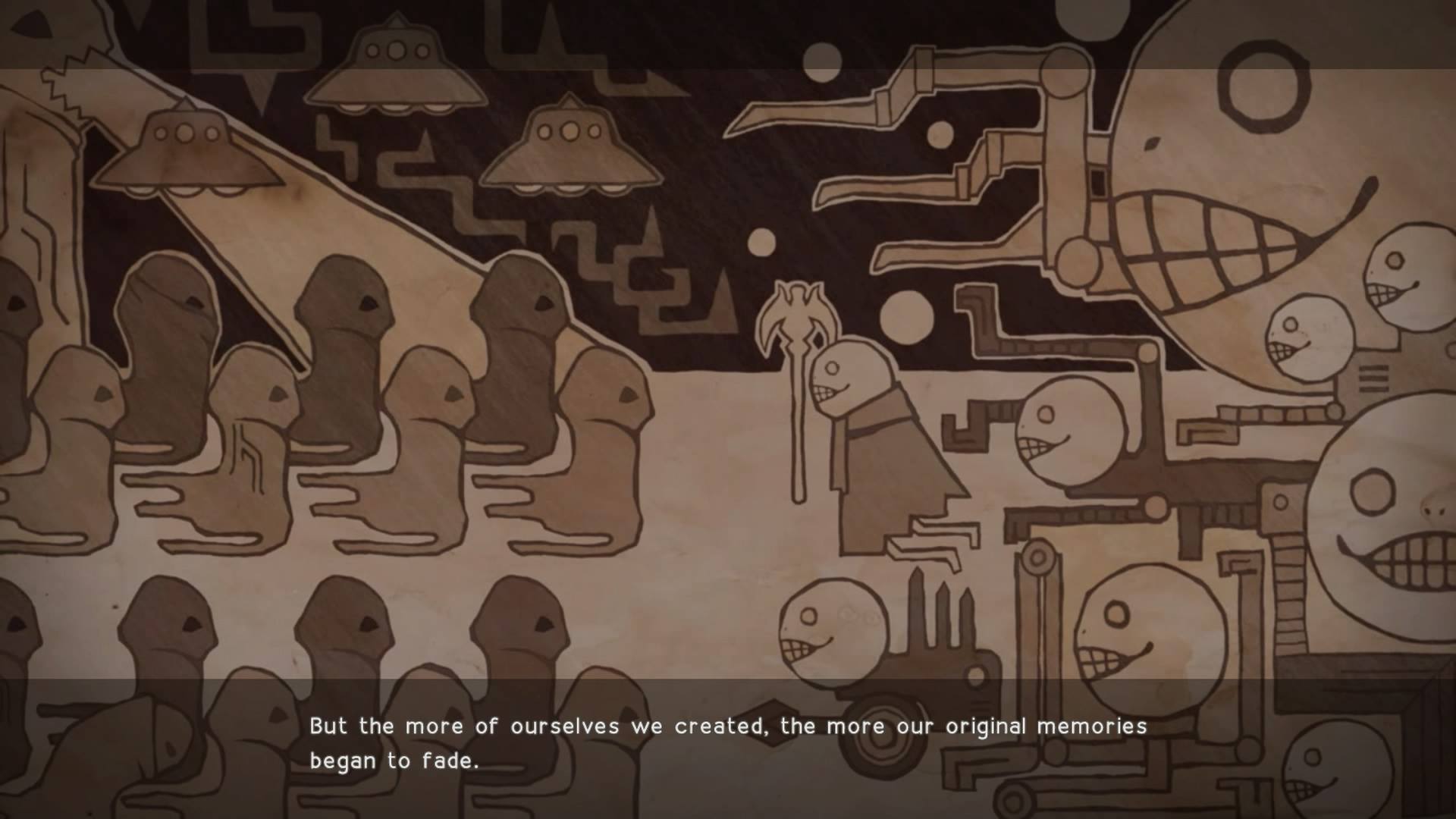 One of Emil’s clones is discovered in NieR Automata by 2B and 9S which takes place in the year 11,945. There’s an optional quest involving Lunar Tears that’s worth doing despite how some of those flowers can be a real pain to find. The Lunar Tears gradually restore his memories, reminding him of everything he witnessed over the thousands of years. Emil is reminded of seeing his friends die as the humans went to extinct. He remembers seeing his clones die over and over again, fighting to protect what was once importance. Over time the memories deteriorated and Emil deemed the world not worth saving because of the endless cycle of violence, death and heartbreak. After enduring a long life of suffering that break the strongest of people, few could fault Emil for losing his belief that this is a world worth saving. But Emil’s perspective changes after he returns to Kainé’s trailer surrounded by Lunar Tears. Emil realizes that the world is worth fighting to save because it’s the world his friend tried to save so long ago. As he said many life times ago, “For so long, all I could do was destroy. But now, I have a chance to save something…”