Monster Hunter Rise is home to five core maps that players will visit throughout their time hunting down monsters. In each of those maps hides one elusive rare endemic life creature that only come out at certain times. In order for these to be recorded in the hunter’s notes, players must get a photograph of them once they’ve been found. For those who have been searching and just aren’t sure when or where they show up, here’s a guide to help locate them a bit easier while exploring. It’s worth noting hunters should not approach these creatures with their weapons out, as they will run away if attacks are used near them. 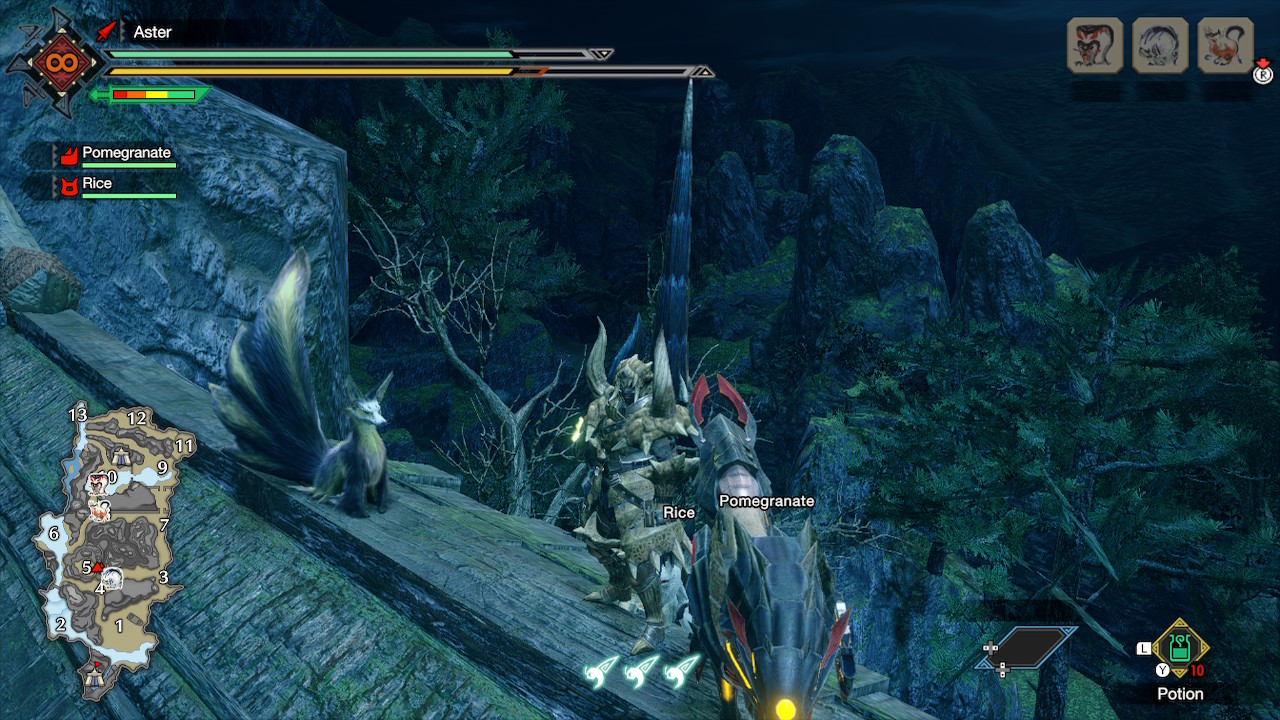 The Snow-faced Fox is found in the Shrine Ruins at night. Start an expedition and quickly head up to area 5 where it can be found on top of the gate there in wait to be photographed. If it doesn’t appear immediately, simply reset the expedition and check again as it will sometimes take a couple tries for it to appear. 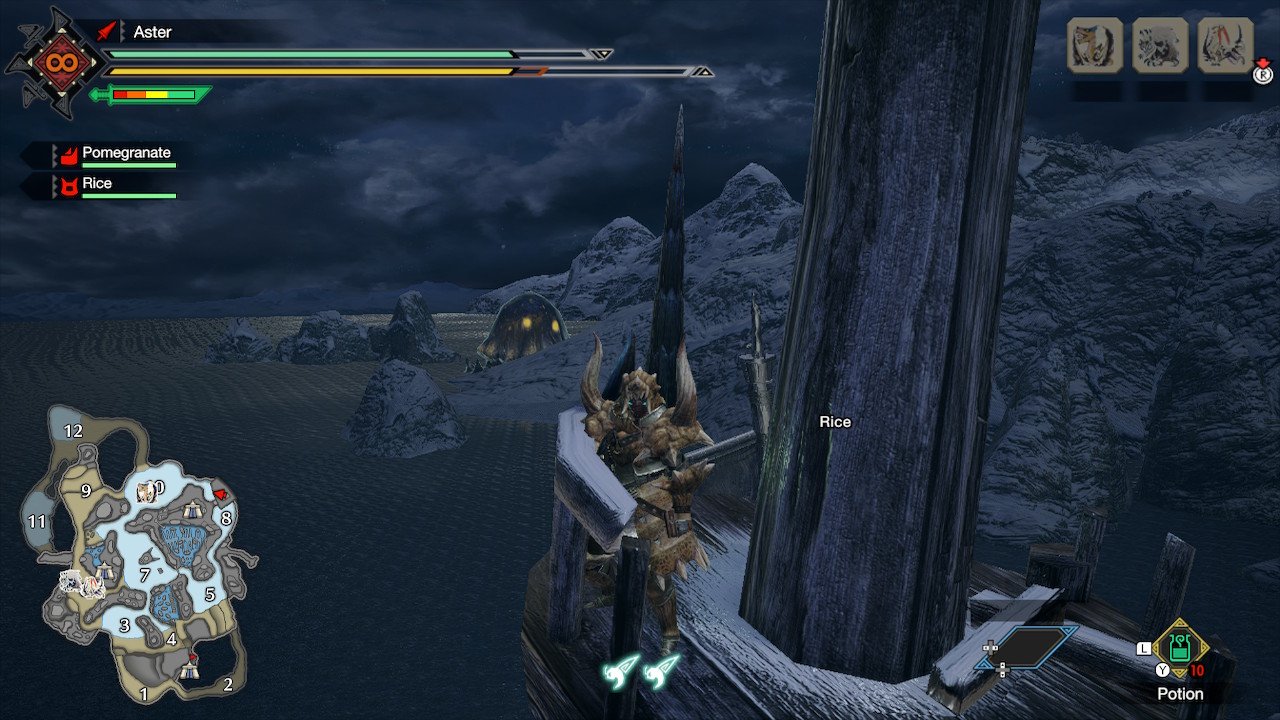 The Monksnail is found in the Frost Islands at night. The easiest way to capture a photo of this gigantic creature is to head to the shipwreck in the northeast and climb up to the top of the ship’s mast. Wait until a large roar is heard and look out into the water. After a short period of time, the Monksnail will become visible slowly appearing behind a mountain and travel across the water giving plenty of time to snap some photos. 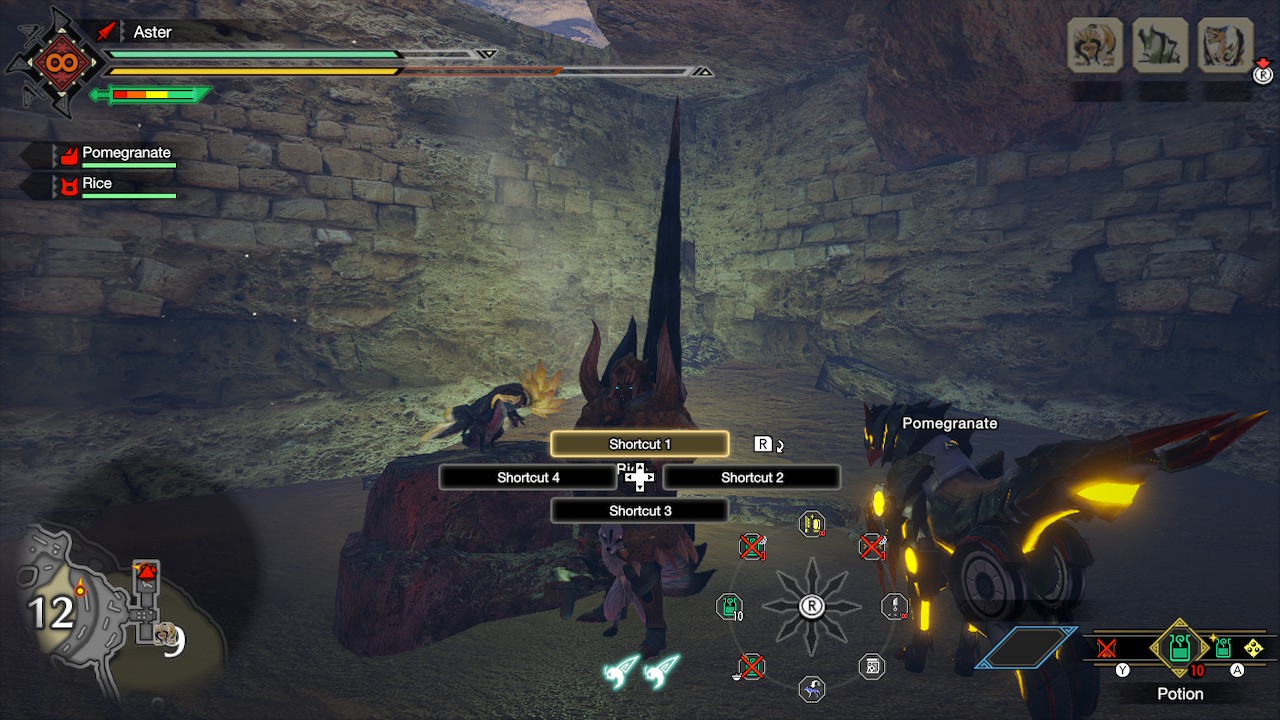 The Regitrice is found in the Sandy Plains during the day. To easily get to it travel to Sub-Camp 2 if it’s unlocked and head underground in a nearby entrance. There it’s in the odd-looking off shoot of the main cave where it can be found preening its feathers for a while before it will disappear back into the cavern. 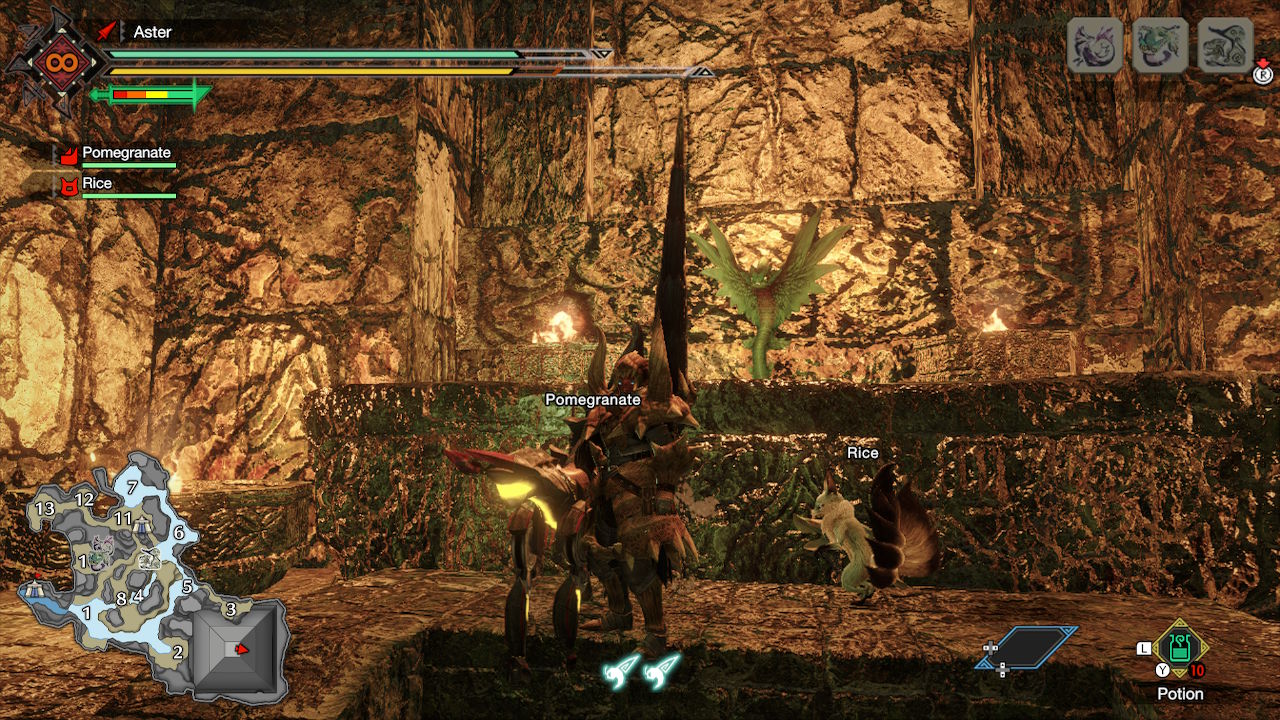 The Quetzalcobra is found during the day, but the exact time is hard to pin down. After starting an expedition, head down to the pyramid in the far south and climb or walk around to the eastern side. On the side of the pyramid will be a hidden entrance that when gone inside will hide a golden room. At the end is where the Quetzalcobra will appear, but it may take a few minutes for it to appear. Respawn at the starting camp and run back over if it’s not there immediately and it should appear before long. 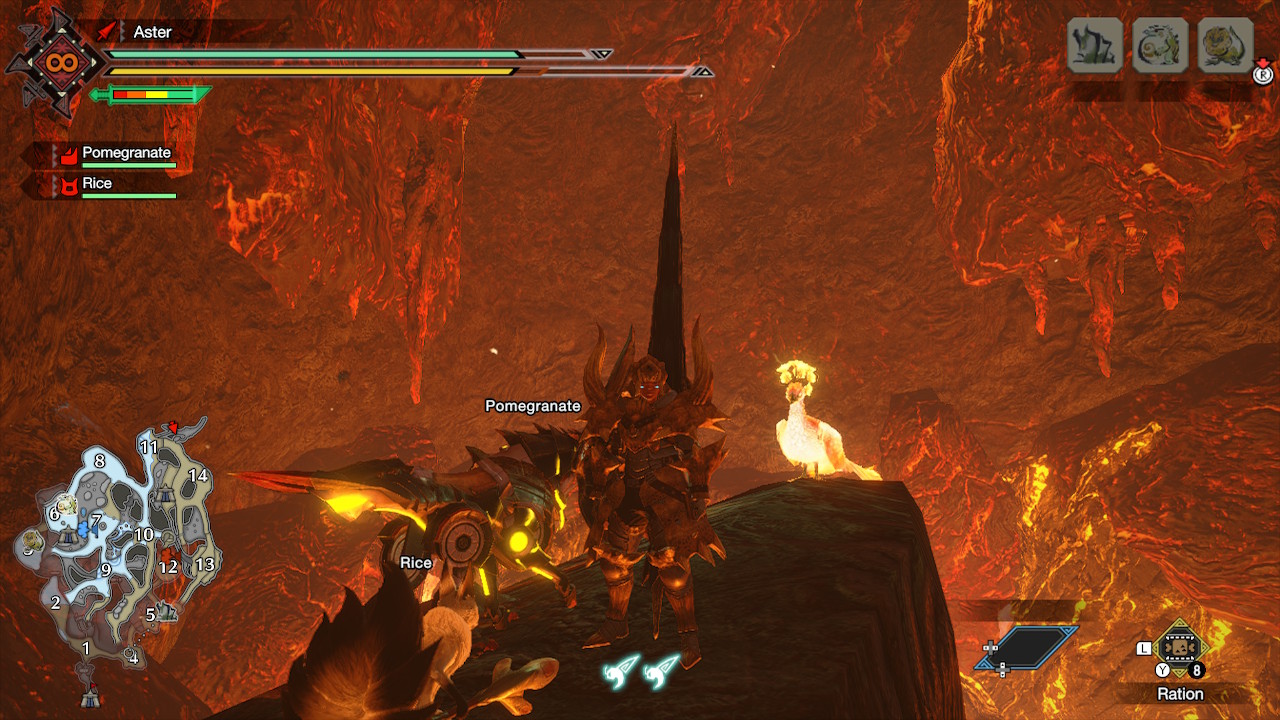 The Hellbill’s exactly time of appearance is hard to pin down, but it seems to appear sometime after night potentially closer to dawn. Head to Sub-Camp 1 if it has been unlocked and down into the lava caves below. Follow the underground to the far north until finding a hidden entrance along the wall and using wirebugs to climb up into a hidden area. The Hellbill will appear in here perched up on top of a rock that juts out of the wall. Like the Quetzalcobra, it may take a few resets at Sub-Camp 1 before it appears and can have its photo taken.