There have been a huge number of gaming revivals lately, from a new Oddworld game to an updated Stubbs the Zombie in the last few weeks alone.  Monster Boy came back a few years ago and the Monster World IV remake is on the way, Clockwork Aquario got rescued from the trash-pile of history, Onion Games re-released Moon and is considering Rule of Rose and Chulip, and even Scott Pilgrim got a new lease on life.  Gaming is still incredibly terrible at preserving its history but at least it’s trying a little better than it used to. Even so, of all the characters to return one of the least likely would have seemed to be Sega’s Alex Kidd.  Alex was Sega’s first attempt at a console mascot, appearing on several Master System games before eventually being buried by Sonic.  It probably didn’t help Alex’s chances in the US market by being redrawn from an energetic little 80s-style anime boy into the whitest of whitebread clean-cut Archie comics wannabes.  The poor guy never stood a chance.

Even so, his games are fondly remembered by those not chased off by the box art.  Alex is a punchy little guy, literally hitting enemies with his giant fist, and the level design was a great example of late-80s action platforming.  Alex Kidd in Miracle World was his very first game, and Merge Games is giving it the full HD update with all new art and additional levels, smoother controls, and the ability to switch back to the original graphics at any point in the game.  It’s also getting a full physical release both in standard packaging from Merge plus a big-box version from its Signature Edition line, including pins and a medallion.  Preorders for all versions, regular and Signature on PS4, PS5, Switch, and Xbox One went live today, which isn’t a bad way to save a nearly-forgotten piece of Sega’s history.  Whatever the outcome, at the very least it’s got better box art than the US Sega Genesis version. 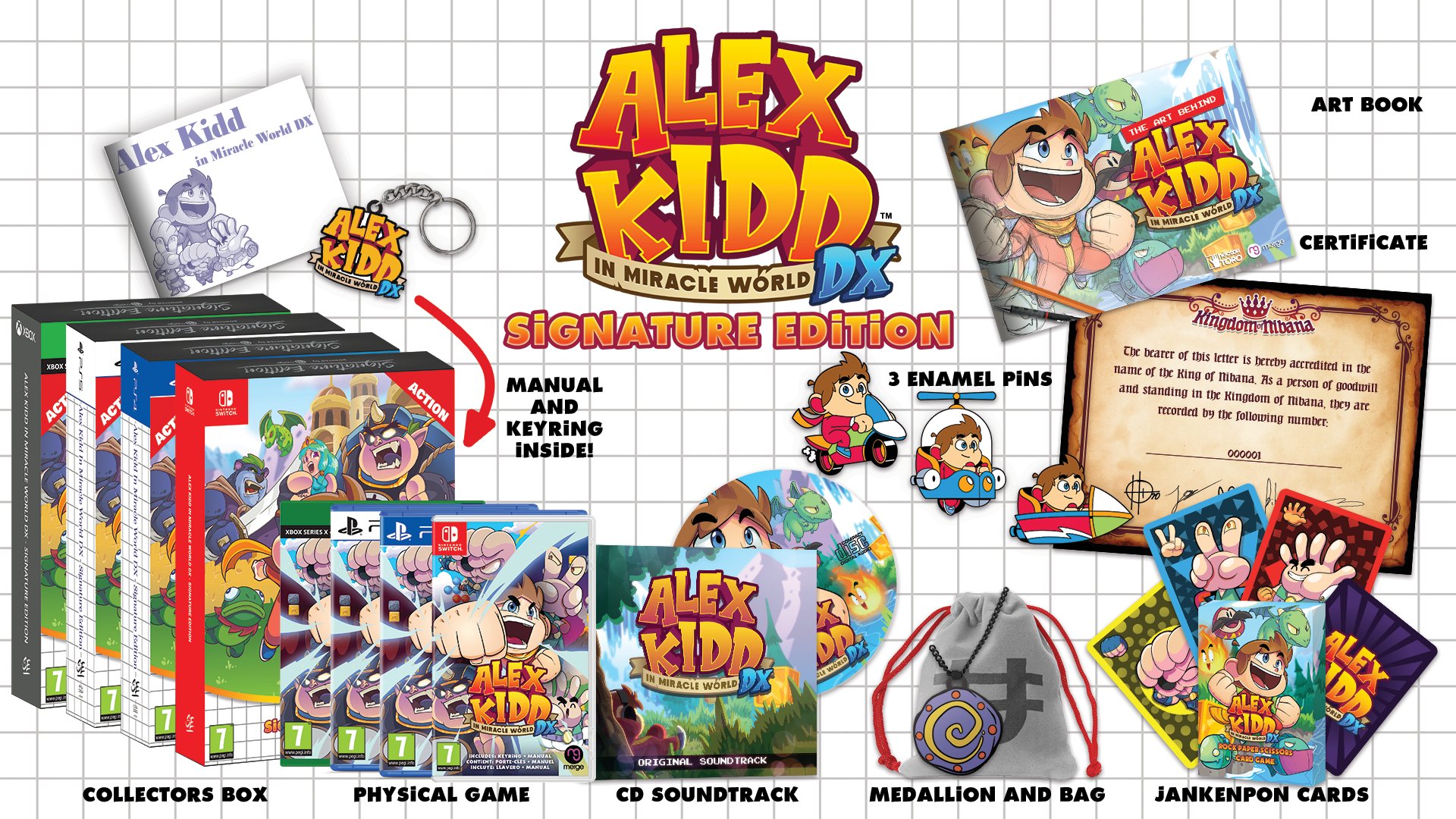