Pokémon Snap was a huge hit for the Nintendo 64 as players got to take fun photographs of some of their favorite Pokémon as they lived and played in the wild. Ever since, fans have been waiting for a remake or sequel and it’s finally happening with New Pokémon Snap launching for the Switch. The game has come so far to include a number of new Pokémon, updated graphics and gorgeous scenery. With all that, we are wondering and hoping for other Pokémon games to receive something fresh. 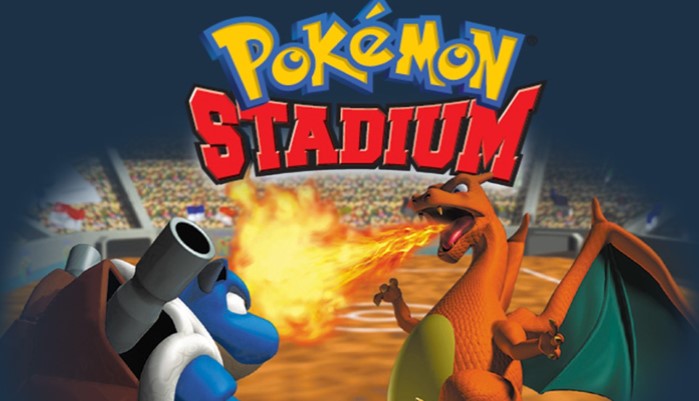 In addition to Pokémon Snap being a success for the N64, the Pokémon Stadium series also became a mainstay for fans. In it you take on various trainers with pre-set Pokémon teams, participate in mini games and can use your own Game Boy versions of Red, Blue, Yellow, Silver, Gold and Crystal to battle others. It was awesome seeing battles take place in 3D and that feature continued with games like Pokémon Colosseum and Battle Revolution, but they just didn’t have the same impact. While it may take creative re-working to get another Stadium title, of course it’s possible. Connecting to Pokémon Home allows Sword and Shield teams to stay in place which could then be used in a new Pokémon Stadium. Also, having Pokémon from previous mainline games on Home would make the potential for battles more enjoyable. It would be great to see all the generations come together for huge battles; maybe even take things online. Then, developing mini games with all sorts of new Pokémon would bring lots of joy and if there’s enough it could almost turn into a Pokémon version of Mario Party. Other than these upgraded features there should be some sort of incentive for players, so perhaps incorporating prizes to unlock or cross over with Sword and Shield in some capacity would be a nice touch. New Pokémon Snap is showing how advanced an N64 classic can become and the same can be done for a New Pokémon Stadium. 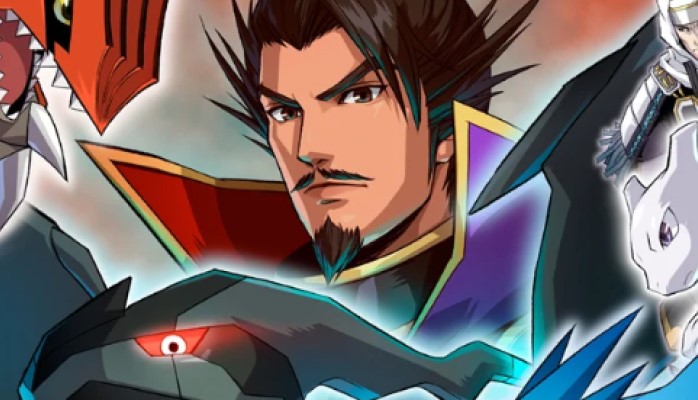 Not often do you see Pokémon (or other Nintendo properties) cross over with other franchises. It happens but not as much as fans would probably like to see which made the release of Pokémon Conquest interesting. This game came out on the DS in 2012 featuring tactical RPG gameplay and warrior character from the Nobunaga’s Ambition series, which has been around since 1983, along with Pokémon partners. Together, they make for an interesting dynamic which works out smoothly. For a new Pokémon Conquest release it would make sense it would have to incorporate all existing Pokémon since the original had them all at the time, but it’s a lot, so perhaps breaking it into two versions like the mainline series does could be a helpful solution or maybe even three. With Nobunaga’s Ambition set only in Japan it makes sense to keep it there, but expanding the Pokémon series to new locations makes the prospect exciting. But it could even tie-in with the upcoming Pokémon Legends Arceus title to see how some of history was shaped. Whether Pokémon Conquest as a series would directly be part of Nobunaga’s Ambition or branch out to other eras, fans will be hyped. The first one received good scores but didn’t sell many copies, so it’s a risk, but surely with more fans nowadays it’ll do much better. Let’s see the Pokémon Conquest series set out to conquer everything. 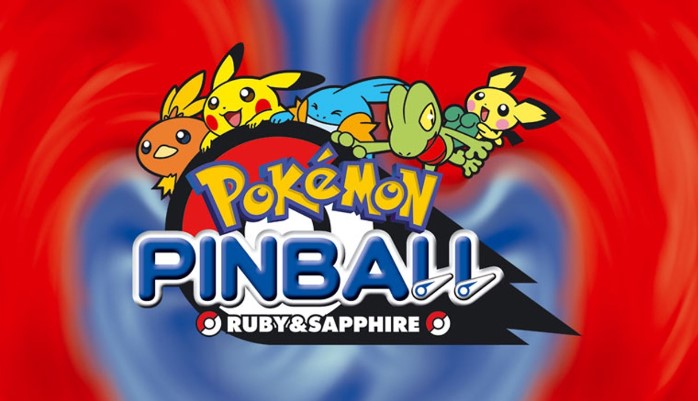 When the Pokémon craze showed no signs of slowing down it made sense for spin-off titles to start rolling out. One of the most interesting for the Game Boy was Pokémon Pinball in 1999 and a sequel based on Ruby and Sapphire in 2003 for GBA. You get to smack a Poké Ball around on a themed pinball table with various bonus games and details all in an attempt to get the highest score. But when a Pokémon appears on the field you get to catch it because catching ’em all is what the series is about. With how much fun the series was, we need another in the works. Incorporating small aspects from the games and scattering them around different tables will be amazing just to view. A Salandit trying to steal the Poké Ball on one stage and Nickit on another would be very cute and clever to see. These little things made the first two games worth replaying over and over. For the next one there just has to be ways of topping the previous releases which shouldn’t be hard. Playing it on the Switch, perhaps in a vertical mode when in handheld might work and gives just a touch of authentic pinball design. Whatever comes next in the series will be an overall joy and keep fans entertained. 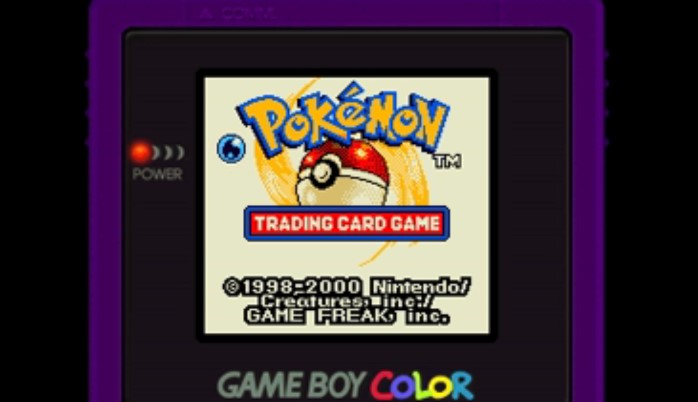 Soon after the games and anime took off, the Pokémon franchise delved into trading cards which only catapulted the popularity of Pokémon even further. With the cards being a huge hit, the idea came up of creating a video game based on the TCG in which players can battle opponents while learning about the card game rules. It proved to be a success and with the TCG gaining an uptick in popularity in 2021, many fans may want to check out another video game version. There are thousands of new cards since the release of the video game, so adding all of them would be quite the task, but many would not be used following current rules. The Pokémon TCG Online game does exist, but we’re hoping for something with more of a story, something to get people involved with the lore. It’s interesting to think of the TCG to have storylines, but almost all expansions or decks have some story behind them. Perhaps creating something to integrate them would be appealing. The first game had an original story, but all felt sort of outside of the Pokémon world. Having everything tie together in story, characters and other aspects while still learning the fundamentals of the TCG could make for a fun new addition. 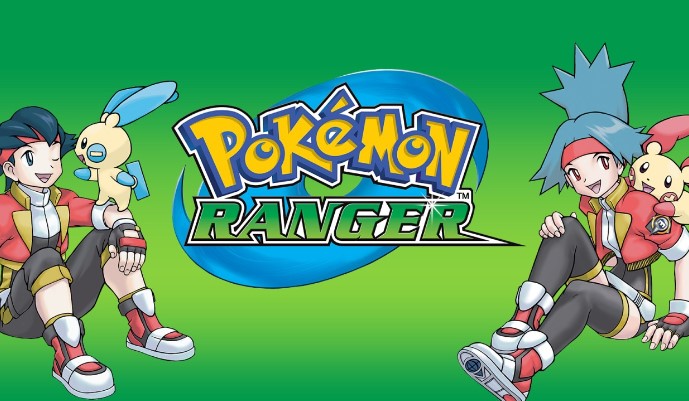 One of the most interesting spin-off games in the Pokémon franchise came in 2006 on the DS with Pokémon Ranger. This title sees you not as a trainer but a member of the Ranger Union who uses the help of Pokémon to complete certain missions. They temporarily obtain a nearby Pokémon after drawing circles around them on the screen. For a new game, using the Switch’s touchscreen is a must but that would mean its TV mode isn’t used. This means a mobile game would be better suited for Pokémon Ranger. Much like a ranger you’ll be on-the-go so it makes more sense to be using a phone or tablet to play. Perhaps we will get a glimpse of Pokémon Ranger gameplay in the upcoming Pokémon Legends Arceus as there could be a closer connection between people and Pokémon for them to become helping hands, something we made mention of in the previous Toplist. The Pokémon Ranger series has a couple of titles and was featured in a movie, so there’s undoubtedly a fan base to tap into. Of course with so many new Pokémon created in the decade since the last Ranger title, there’s plenty of potential.

The Pokémon franchise has been around for 25 years now and still has room to expand on its releases from over the years. We are excited for the future of Pokémon and hope sequels come from a number of games. Share some of your favorite spin-off games and thoughts for something new to come for Pokémon.