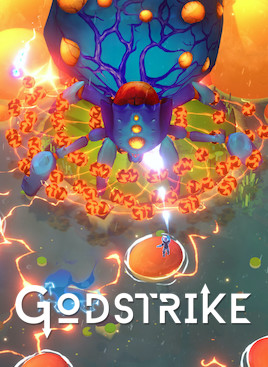 Covering a game where challenge is a fundamental part of the gameplay loop can often be tricky. Much like how comedy and jokes can be rough waters to navigate — no one can dictate what should be considered universally funny or not — one man’s brick-wall is another man’s cakewalk. Resorting to something as basic or as dismissive as “it’s hard” severely downplays why such encounters, fights or entire segments may be considered (or celebrated as) such. It all remains subjective still; we all tackle things in our own unique, personal ways. And eventually we triumph over them, at similarly-different periods. But once you realize that it’s all about assessing the structure, mechanics and technical framework that keeps all this moving and functioning with as little hitches as possible, then the argument for or against, can become more clearer. And, ideally, more convincing to those on the other end of such dialogue.

If that introduction comes across too over-analytical, not least as a lead-in for a game of such small scale like Godstrike, the hope is that it reaffirms the view that criticism of challenge isn’t some reactionary refusal to acknowledge personal failure. Further to that, that negativity towards such an approach to game design is somehow advocating against its very existence. For all the sub-genres and niches in video games that bill themselves as being all about the test put before you. Whether that’s the boss-rush format of game, the bullet-hell, even puzzle games prove that difficulty and spectacle can exist separately. Most, if not all, the greats (or at least some fond contemporary offerings) shine because of the way they manifest such an ordeal. How visuals, music, aesthetic and overall progression/level design can interweave with one another to spark fascinating, personal moments of appreciation. Regardless of how quickly you may land at another death or failure moments later. As brief a scurry it was fighting through Godstrike‘s many arenas — taking down its litter of multi-colored, boss-styled foes — this game too managed to spark a moment of thinking and reflection. One that, unfortunately, was far from positive: Godstrike has catastrophically missed the mark in what it’s setting out to do.

It could’ve provided an interesting spin on boss rush affairs, even if that deviation is confined to that of a health meter being replaced by a timer, though functioning in much the same fashion. Each hit you take knocking a hefty chunk of the remaining time from out the accompanying bar. While the timer can and will reach zero at some point, it’s not technically the end of the world, it does mean that you’re one hit away from instant death, requiring you to start the entire multi-phase fight all over again. And given that some encounters in Godstrike can rack up a total of four phases — all while secondary projectiles, environmental hazards and the questionable handling of the camera (and how much it oddly decides to hide from one’s view) are there to be taken note of — the game is not without its fair share of stress and anxiety at slipping up just once. The problem is, Godstrike does nothing else with this superficial swapping of conventions — time the means with which life is determined, not health. It’s astounding just how many ideas or avenues for ideas are not in this game. 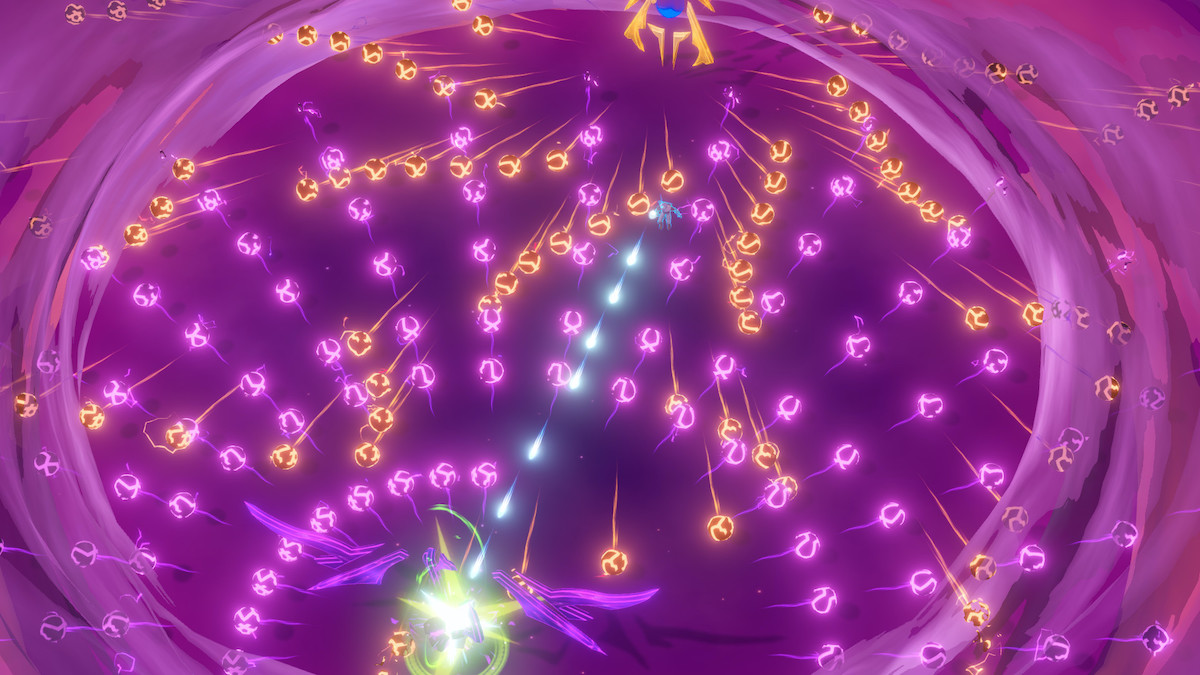 No risk-reward mechanic when it comes to damage output — beyond optional skills whose cost to the time meter rarely feels validated by the strength of said skills. No means of recovering lost time due to getting hit. Nothing besides the most basic of twin-stick aiming. Aiming that, in most scenarios, requires too pin-point an accuracy so as to home in on some remarkably small hitboxes for certain bosses. Not least when you throw enemy projectiles coming at you from all angles into the mix, and the heightened requirement just to hit a foe can often feel too high a demand. To reiterate, the fear of slipping up isn’t inherently a bad thing. Most games are so often built with the intention of preying on a player’s wavering uncertainty on how battles, for example, play out. It’s what makes shmup’s especially so exhilarating and liberating to conquer. To have survived that flurry of enemy ship and almighty salvo of bullet-fire.

But here, Godstrike so often limps unremarkably from one fight to the next, while at the same time losing sight on nailing down the most basic necessities when it comes to designing a game revolving entirely around split-second decisions. It doesn’t help, for starters, that characters in the world of Godstrike so often float above ground, creating unnecessarily tricky optics on how close or far exactly you are from an encroaching threat. To find one gets hit by an attack despite the visuals seeming to suggest you’ve safely avoided it — least of all in a game that only heightens the need to minimize any manner of mistake — does conjure one too many frustrations with the general design. But it’s the rather apathetic approach to everything else going on around it that is perhaps the biggest whimper of Godstrike. Of spawning you straight back into a relatively basic hub of sorts upon the defeat of a certain boss. 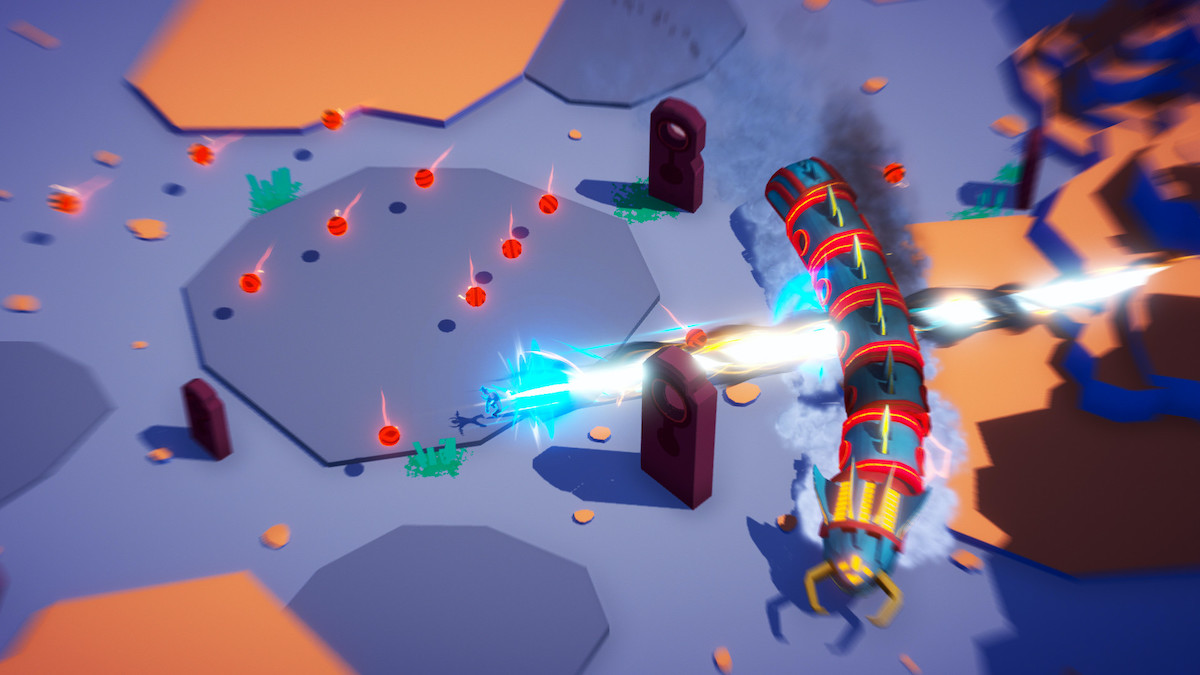 No story, no fan-fare, no ellaborating of any kind. Mix-up your load-out if you so choose, then it’s onto the next fight. Little rhyme or reason as to the relevancy (or lack of such) behind any of the enemies you face, beyond an implied plot synopsis at the introduction. But if you think that Godstrike is intending to lead onto some grander narrative or opportune spot of world-building — beyond some vague descriptors at each encounter’s loading screen — you’re setting yourself up for immense disappointment. Displeasure at the creeping-in sentiment that Godstrike looks like a “work in progress” still. A game around 40% finished, yet marked down as complete regardless. Of everything that’s disappointing about Godstrike, perhaps it’s this attitude (or at least, a sense that some equally-worrisome mentality persists) that paints the game in a less-attractive proposal. Beyond just the repetitive nature of progressing from one boss to the next. There’s just so little purpose or intrigue to any of it. Not even a satisfying conclusion whose implied grand finale could so easily be swapped out for any one of the prior fights.

It’s an ironic thing to note, but the wide array of vibrant colors actually result in a somewhat blurred-together delivery of aesthetics. Aided in no way by the low-poly direction and the fact that in most cases, environments are often so abstract and devoid of intrigue to be anything other than cheap decoration. Again, there’s no context to any of these locales or indeed the enemies themselves. Mere placeholders the game hopes you’ll be attracted to, but do the complete opposite in repelling you away from their rampant, senseless shifts between colors for the mere sake of it. Another all-too-easily dismissive part of Godstrike and one that strangely the game is more than happy to move on from. Though some boss fights are mechanically more interesting than others — rules of engagement occasionally novel, an ounce of actual strategy to consider, emerging on occasion — it’s little consolation for what remains a gameplay loop whose core gimmick, its timer, feels not only half-baked but poorly utilized. Worse, actively discouraging players from taking into battle the many skills and abilities on offer. Skills that cut the timer down by, at most, 30 seconds per skill. A precious amount of time served just as well relying on your solitary projectile fire. 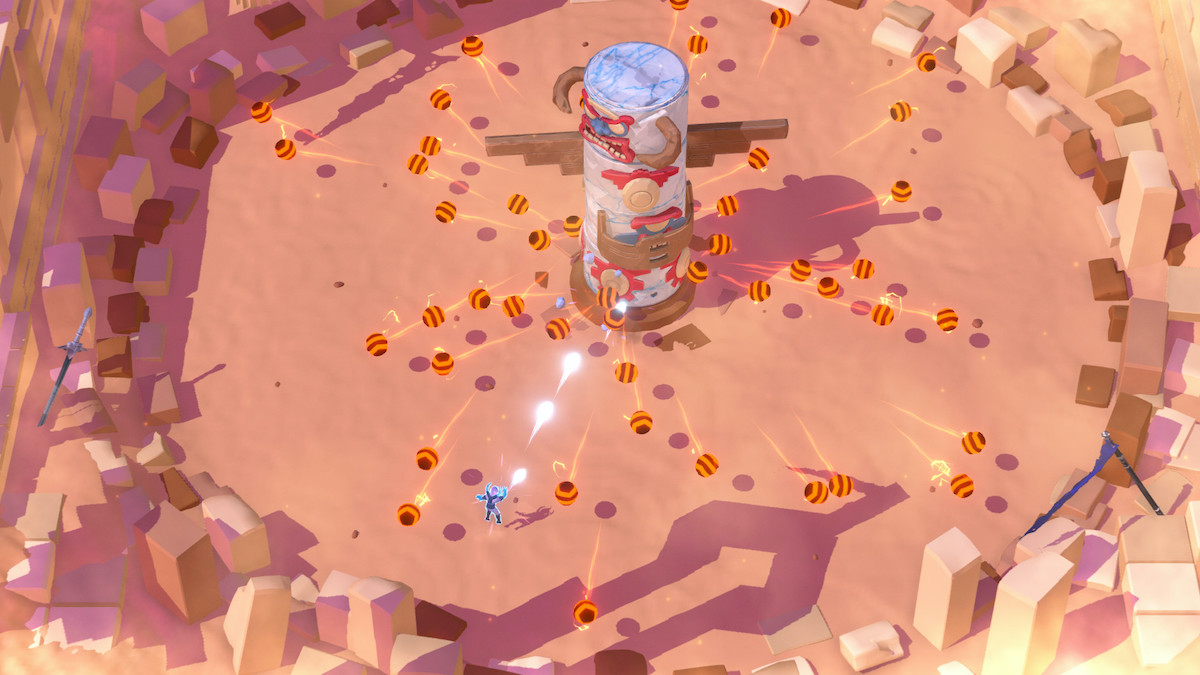 While the short run-time of around two to three hours isn’t inherently the root of the problem, one can’t help but note Godstrike is in dire need of a better, fleshed out experience than the one provided. Even so, as unfinished and slap-dash this effort feels, Godstrike rarely comes off all that enticing to either control or jump straight back into upon death. It’s the generally uninspired and empty spectacle of color and imagery that is equally at fault. But it’s mostly the fault of the bizarre emphasis on a timer that ends up the biggest culprit. A mechanic that doesn’t so much work against the player, but whose reason for even being is lost altogether. There are plenty of better examples in the field of boss-rush titles — games that go out of their way to make even the spectacle and world around you, as inviting as their nuanced, tension-building encounters so wonderfully carve out. This, however, is not one of them. For all its screen-popping color and promise of literal time as a vital mechanic for success, Godstrike is a shockingly flat and tedious attempt at standing out.